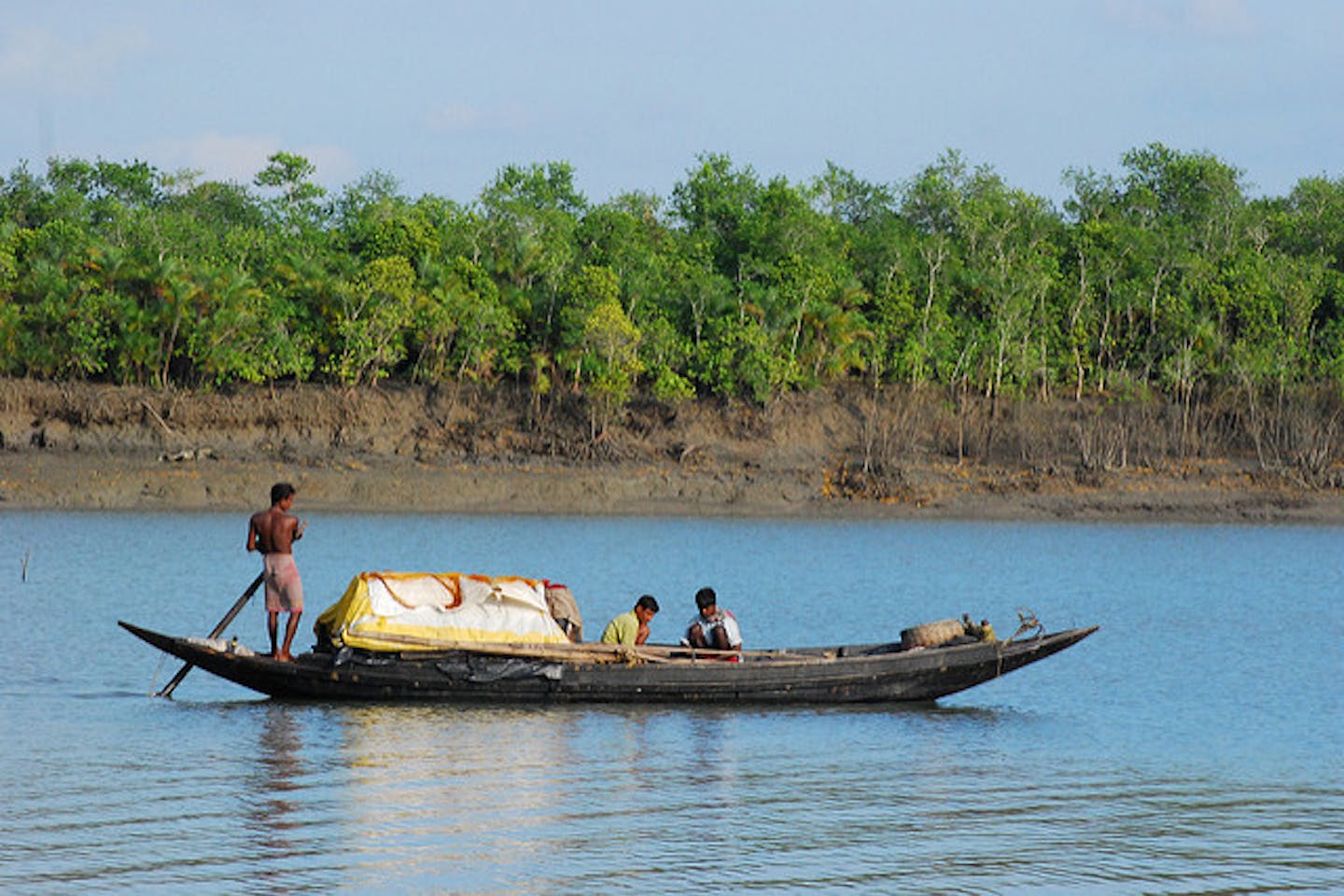 Former US Vice President Al Gore, star of the upcoming An Inconvenient Sequel: Truth to Power, has come out against the hugely controversial coal plants under construction in Bangladesh’s Sundarbans, the world’s largest mangrove forest and a buffer for the low-lying country against rising seas and worsening storms.

During a forum hosted by economist Thomas Friedman at the World Economic Forum at Davos, Switzerland, in January, Gore advised Bangladesh’s Prime Minister, Sheikh Hasina, to drop the plants.

“The prime minister hasn’t asked me for advice… [but] there is a plan to build a new dirty coal plant in the Sundarbans, the largest mangrove forest in the world, the last remaining tiger preserve [in Bangladesh], thousands of people are demonstrating against it.

My advice would be don’t build that dirty coal plant, but double down on a more rapid shift toward renewable energy,” Gore said.

He added that until last year, Bangladesh was the “fastest deploying nation in all the world” of solar power, and that the country should continue to pursue renewable energies instead of coal power.

If you cannot develop the economic conditions of your people than how will you save our people? We have to insure the food security; we have to give them job opportunity.

Proposed coal power plants in the Sundarbans – the Rampal and Orion – have become a lightning rod in the country over the past few years, leading to mass demonstrations and clashes with police.

The Sundarbans is a UNESCO World Heritage Site and, in addition to being home to dwindling populations of Bengal tigers (only around 100 are left in the mangrove forest), it also supports hundreds of species of birds, plants, and freshwater and marine animals, including two species of river dolphin.

Critics of the coal plants contend they will spread air pollution, change water temperature and quality, and bring daily shipments of coal across shallow, difficult-to-navigate rivers. Already, two coal barges and an oil tanker have sunk in the Sundarbans in recent years, spreading heavy pollutants and damaging ecosystems.

Finally, the coal plants will produce significant amounts of carbon dioxide – coal is the most carbon-intensive of all energy sources – in a country that is widely seen as one of the most vulnerable to global warming.

UNESCO has come out in agreement with activists, environmentalists and a number of independent scientists, arguing that the coal plants should be relocated to a less-sensitive area.

But Prime Minister Hasina told Al Gore that she doesn’t “understand why people raise this issue” arguing that the coal plant will be “far, far away from the Sundarbans.”

However, the Rampal coal plant will sit just 14 kilometers and the Orion coal plant 12 kilometers from the edge of the Sundarbans, and boats transporting coal to the plants will need to ply up several rivers through ecosystem.

Hasina also pointed to Bangldesh’s Barapukuria Power Station in Dinajpur – a 125-megawatt coal plant – declaring that to date the government has seen “no bad effect in the environment” though it sits near a number of towns.

“My point is in 2000 when we placed a coal power plant in [a]…densely populated district, nobody raised the issues. It means, sometimes it seems to me, they don’t think about the people or the human beings. But now they are worried about our Bengal tiger and the Sundarbans.“

However, in addition to being home to wildlife, the Sundarbans is also home to around half a million people, many of whom make their living directly from the mangrove forest. Around 4,000 families were also removed from their land to make way for the massive energy projects.

“The people – those who are raising the issue – I don’t understand,” Hasina went on. “They have no point. Well, they are shouting, they are demonstrating – it is true. But what is the real reason, what is the real effect, they cannot spell out.

That is the crucial point…it is very, very unfortunate, we have to provide energy to our people. I have to develop our country. If you cannot develop the economic conditions of your people than how will you save our people? We have to insure the food security; we have to give them job opportunity.”

Hasina pointed to the government’s success in reducing poverty as well as their plans to increase forest. According to data from the University of Maryland, only around 14 per cent of Bangladesh’s land area has significant tree cover. Of that, the country lost 85,000 hectares between 2001 and 2015, with annual tree cover loss numbers doubling between 2013 and 2014 and peaking in 2015.

“No one is proposing to curb the right to development,” Gore responded, but pointed out that both UNESCO and the IUCN oppose the power plant.

Hasina invited Gore to come and visit the coal plants in the Sundarbans.

“I want to come too,” Thomas Friedman interjected.

Mangroves not only buffer coastlines from rising seas and storms, but also store massive amounts of carbon in their soils, act as nurseries for many sea-going fish, and house numerous species found no-where else.

The Sundarbans is already threatened by deforestation, fragmentation, overfishing, agriculture and pollution from industrial sources. The vast ecosystem has lost the Javan rhino (Rhinoceros sondaicus inermis) and the wild water buffalo (Bubalus bubalis) – conservationists fear the tiger could be next.

The Rampal coal plant is expected to begin operation in 2021.