To protect the natural world, scientists must learn how to interact with indigenous people

Amazing opportunity for progress lies at the intersection of complex systems science and traditional worldviews. Can we find the humility to embrace it?

Last February, Jesus Rotieroke and I sat together chewing on our thoughts (in the form of coca-based mambe) after spending a sweltering day in the family chagra harvesting cassava and plantains.

A leader of the Muina Murui of the Colombian Amazon, Rotieroke had a thing or two to say to me, a U.S.-trained physicist looking to learn from and support his traditional community, about the role science plays in his world.

The Muina Murui, like many Indigenous people around the world, have long understood the concepts of complexity and systems thinking — concepts we Westerners seem to think we’ve only just discovered — as the vital balance of an interconnected Mother Earth.

Observing firsthand changes in what scientists call “biogeochemical cycles,” Rotieroke was sharing how he had begun applying some techniques that his daughter Susan learned while studying agroecology at the University of the Amazon aimed at enhancing the productivity, resilience and biodiversity of their traditional swidden agriculture. But he had some important caveats to insert into the conversation.

“We welcome anyone with occidental training who respects our rights, listens to our needs, and helps us adapt to threats happening in and around our territory,” he told me.

The take-home message was clear: An alliance between integrated science and traditional knowledge can help reshape our understanding and treatment of the natural world.

But to make the most of the powerful potential of such interdisciplinary and intercultural collaboration, the “Western World” must learn how to more effectively and respectfully interact with traditional Indigenous people and value their complex knowledge and understanding.

The protection of Indigenous communities and the ecosystems they coevolved with is critical to a healthy living planet. While Indigenous people account for only around 5 per cent of the global population, their territories contain approximately 80 per cent of the world’s biodiversity, store the equivalent of some 33 years of global carbon emissions, and provide a whole range of ecosystem services for the other 95 per cent of humanity.

Unfortunately, an overwhelming majority of Western-led conservation and restoration projects within Indigenous territories fail to fulfill their potential to benefit communities and ecosystems. Why is this?

Indigenous leaders from diverse biocultural regions consistently tell me that organisations, policymakers and researchers barge into their territories; impose viewpoints without listening to the needs and perspectives of their communities; do studies or projects based on preconceived, reductionistic mindsets; and rarely return to maintain relationships and ensure enduring positive impacts after the short-sighted study or project is deemed “complete.”

While Indigenous people account for only around 5 per cent of the global population, their territories store the equivalent of some 33 years of global carbon emissions.

Many Indigenous people see this approach as disrespectful and ineffective. It leads them to reject offers of “help” from the outside despite the fact that many, if not most, Indigenous leaders are cautiously open-minded to the pragmatic application of “Western” knowledge.

Researchers who operate in a hubristic manner also lose a tremendous opportunity to learn from the profound perspectives and knowledge of Indigenous people.

As a researcher with a background in theoretical physics and cosmology, and with a strong interest in complex systems science, I am one of those who risk falling into the trap of thinking that we are part of an advanced movement of academic and practical understanding.

I do believe that rigorous interdisciplinary analysis that values emergent order within the interconnected nonlinear whole, as opposed to the deconstructed individual parts, is a significant advancement within Western science and thinking. But I and others fool ourselves if we believe that this is a unique approach. The worldviews of many Indigenous people embrace this kind of holistic thinking at their core. 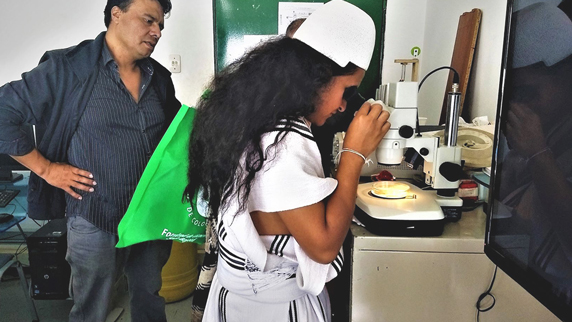 I have been working with Indigenous ethnic groups in Colombia on multidisciplinary and intercultural projects over the past five years, and am repeatedly inspired by their resilience and integrated worldviews. For traditional Indigenous people, nature, or the “Mother Earth,” is an intricate, interconnected, interdependent sacred living entity — a complex system — not a collection of isolated, exploitable, limitless resources and property.

There have been some recent successes and positive ideological trends based on intercultural understanding. Integrated food systems like agroecology incorporate local traditional knowledge. Circular economic models incentivise the preservation of traditions within Indigenous  communities.

“Rights of Nature” frameworks based on “ecocentrism” and Indigenous worldviews have legally recognised rivers, lakes, mountains, forests and animal species as interconnected “persons” within living, thriving and evolving ecosystems.

Colombian biologist Fernando Trujillo, founding partner and scientific director of Omacha Foundation and an international authority on Amazon River dolphins and freshwater ecosystems, has successfully collaborated with the Tikuna and other Indigenous ethnic groups in the Amazon on a range of conservation and resource management projects.

“Experts and the world at large are recognizing that alternative approaches to research and socioeconomic development are needed that integrate modern scientific tools, basin-scale analysis, Indigenous knowledge and a conscious general public,” Trujillo told me last year, while we discussed conservation efforts, options and frustrations in the Colombian Amazon.

“The survival of many species and cultures in the Amazon and other dynamic ecosystems depend upon these integrated approaches being adopted soon.”

Unfortunately, these and other adaptable complex frameworks remain much more the exception than the rule.

Toward a more resilient future

1. Value different perspectives and practices. Before even considering working with Indigenous people, truly realise that their incorrectly labeled “quaint,” “backwards,” “primitive,” or impractically “mystical” worldviews are actually highly complex and developed. They are full of deep reason, extensive empirical knowledge and practical implications. In fact, they are the longest running successful experiments in sustainable human land use that exist on our increasingly stressed planet.

2. Listen, do not impose. Plan to have dialogue and to patiently and respectfully listen, learn and exchange ideas, not just instruct.

3. Treat Indigenous people as equal partners. Indigenous people are strategic partners in local, regional and global problem-solving, and while many Indigenous groups are extremely vulnerable due to a range of factors, they should not be treated as “charity cases” in need of rescuing.

4. Respect autonomy. Infringement upon Indigenous autonomy and prior consent is a deep and contentious issue for many Indigenous communities.

5. Let Indigenous people lead. Let those who know their circumstances and territories best determine their needs and drive the work whenever possible.

6. Do not be in a rush. Go with a long-term plan and structure for support — technical, financial or otherwise — not a “one and done” study, workshop or program. Many Indigenous people see short-term approaches as ineffective, unimportant and disrespectful.

7. Limit preconceived notions. Indigenous people are diverse and complex. They should not be expected to fit some stereotypical image seen on TV, or even studied in an academic setting.

Take an integrated approach. Do not go with a reductionist agenda. Indigenous people do not see individual problems or challenges as separated from the whole, so the reductionist approach will create discontinuity from the outset, even if equitable collaboration is the goal.

Tremendous diversity exists among Indigenous ethnic groups. But the fundamental complex and adaptive nature of indigenous socio-ecological systems offers an opportunity for effective intercultural collaboration around the world.

Complex systems thinking and Indigenous worldviews, while different in method and perspective, can complement each other with common goals, such as the conservation and restoration of ecosystems.

It is time for the great advances of Western science to catch up to the traditional interconnected thinking of Indigenous people, to help move us all forward toward a more resilient future.

Daniel Henryk is a scientist, writer and founder of Unbounded World. This article is originally published on ensia.