Thoughts from Taipei: A greening city

Taiwan is constantly lauded as a solar powerhouse and a genius in recycling, but its innovation in green solutions and technologies still flies under the radar, as Hannah Koh finds out on a recent trip to Taipei.

“Huan ying guang lin,” chimed all the store assistants in high-pitched, ringing Mandarin as I stepped into the convenience store.

Hello, I thought, nice to see you again, Taipei.

Consider this: I bring my purchases to the counter and, after paying, put them all into my regular bag because plastic bags are chargeable. The clerk hands me my receipt, which is a slip of paper no bigger than my name card bearing two QR codes (remember those?). When I scan them with my phone, they tell me what I have bought. Goodbye, paper receipts! 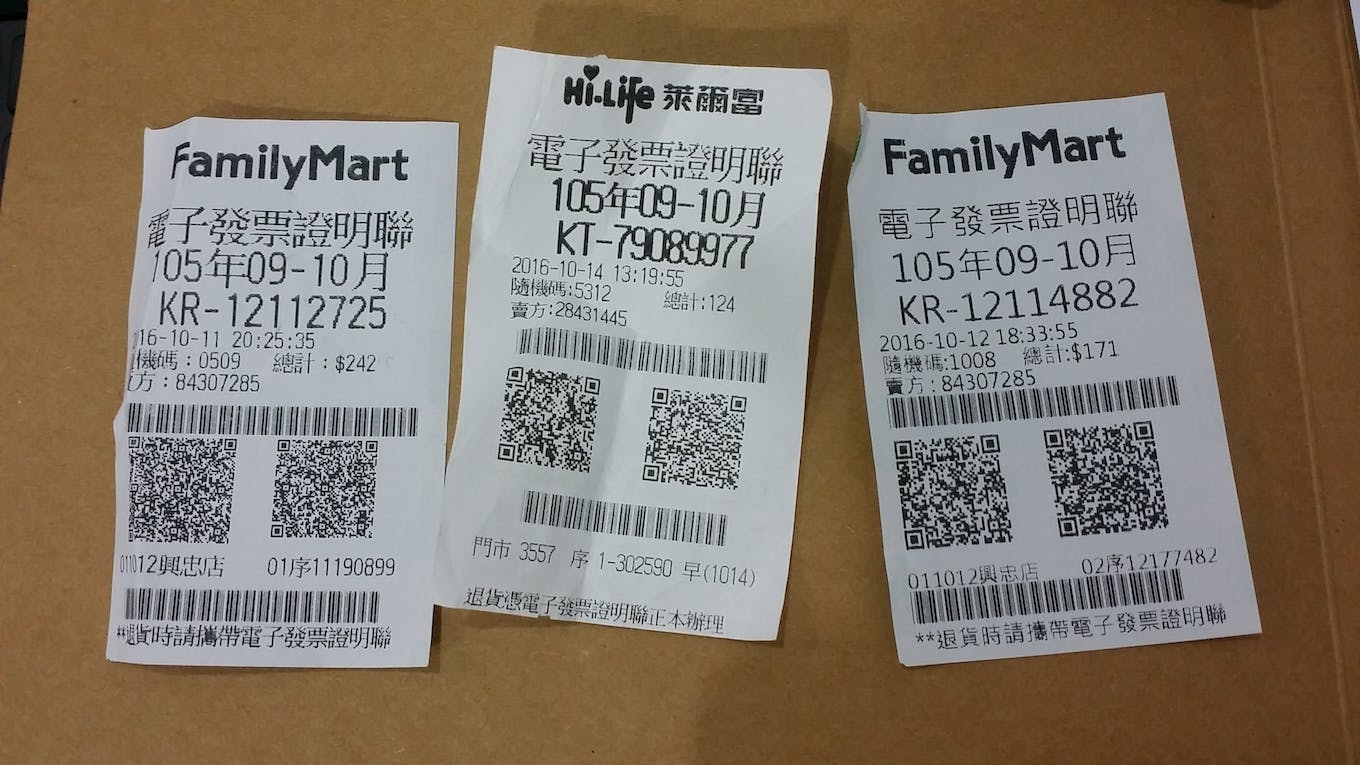 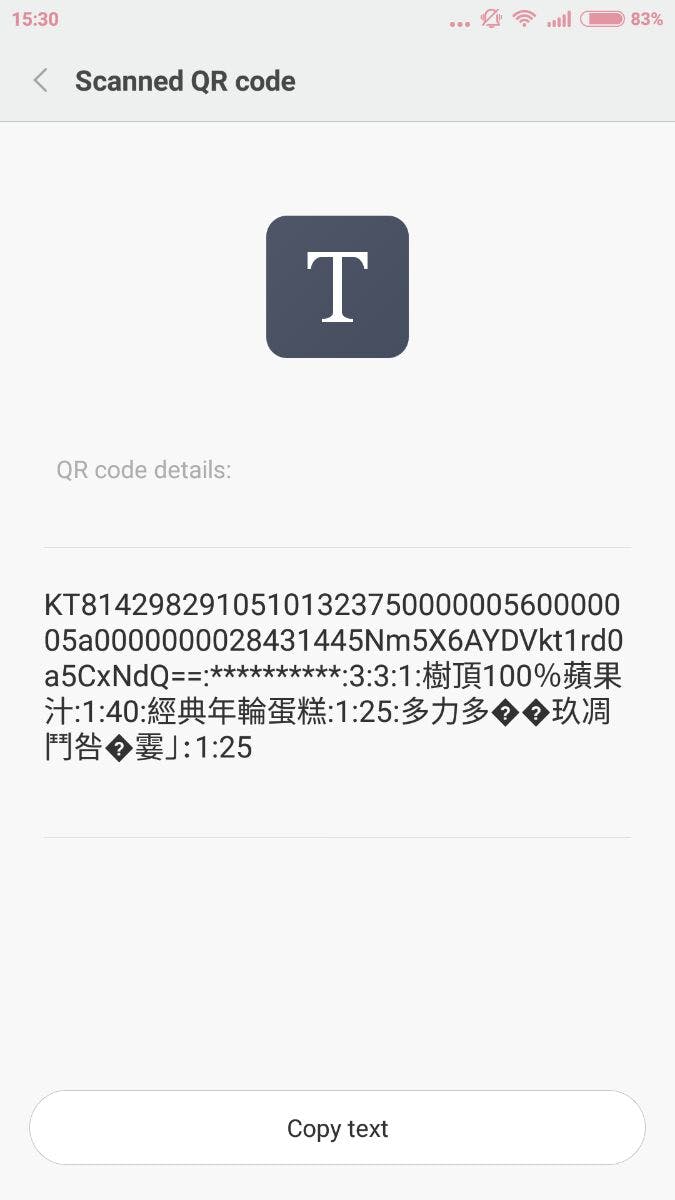 If I were living in Taiwan, I may also have bought trash bags costing anywhere from NT$1 (3 US cents) for the smallest to NT$43 (US$1.32) for the largest to dispose my waste in.

On the rain-slicked pavements, I walk back towards my hotel and past the buttery yellow YouBikes parked along the street, part of Taipei’s bicycle-sharing programme. When I finish the bottle of milk tea I’d bought at the convenience store, I hold on to it until I reach my hotel building, where I deposit it into one of two municipal trash bins - one marked ‘Recycling’, and another, ‘Trash’. 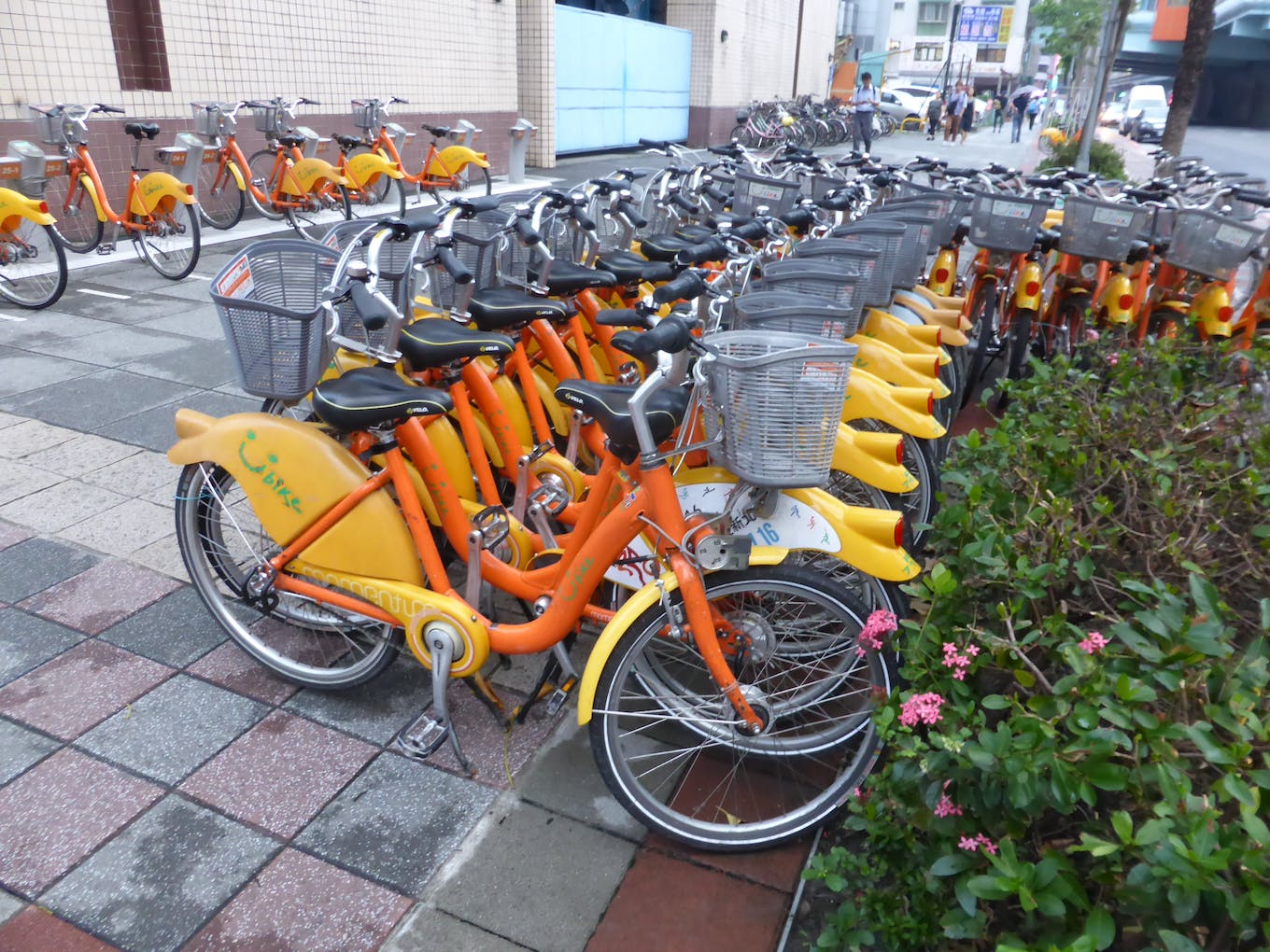 All this takes place in a time span of 15 minutes today and if you know what you’re looking at, you see how Taiwan is getting its sustainability act together and why Taipei has such a high recycling rate of 67 per cent. Nationally, the figure stands at 55 per cent for 2015, according to Taiwan’s Environmental Protection Administration.

Furthermore, Taiwan has converted the methane-farting, flammable trash mountain that was the Neihu landfill to a serene riverside park; Taiwan was hailed “The World’s Geniuses of Garbage Disposal” by the Wall Street Journal this year; and its Environmental Protection Administration is working with retailers to charge for grocery bags and monitor food waste produced.

I was in town for the Taiwan International Green Industry Show (TiGiS), which is a showcase for Taiwan’s homegrown green technologies to consumer-facing, pay-as-you-throw recycling machines. But to take a peek at what Taiwan’s green tomorrow could be like, I took to the floor at TiGiS, where local manufacturers and idea hubs were showcasing their solutions for a more sustainable future.

Taiwan is, of course, already well known for LED and solar cell production. In fact, right next door to TiGiS was Taiwan International Photovoltaic Exhibition, a tradeshow solely dedicated to photovoltaic and its related technologies.

A pair of sunglasses would not have been amiss when entering the solar PV tradeshow. Almost as though to bring the metaphorical to life, the organisers had cranked up the floodlights where the high priests of Taiwan’s shining future of green tech gathered.

Considerable thought had been put into each booth and the biggest towered and glowed like modern-day temples to the sun. Here were the sharply dressed foreigners, here were the credit card salespeople.

In fact, Dr Lo Shih-Fang, division head of the management and consultant division from the Taiwan Green Trade Project Office, told me that LED and solar products still remain Taiwan’s top green trade, while solar products account for between 50 to 60 per cent of total green exports.

In comparison, TiGiS booths were on a more human scale and what exhibitors lacked in pizzazz, they made up for with a shy but steely vision. The breadth and depth of innovation left an impression and made me think that much harder about what future we could have, if we’d only put our minds to it.

One company, for example, had expanded its regular range of paper hygiene products to include toilet paper made of unwanted office paper that it collects from companies, while the external plastic wrapping doubles up as a trash disposal bag which Taiwanese people usually need to buy.

Another company was preparing to install pay-as-you-throw recycling machines in the garbage rooms of residential buildings by the end of this year. Users insert their stored-value public transportation cards on the machine and pay for the amount of trash they dispose. This self-service approach can help to keep labour costs and estate management fees down, and encourage people to create less trash. 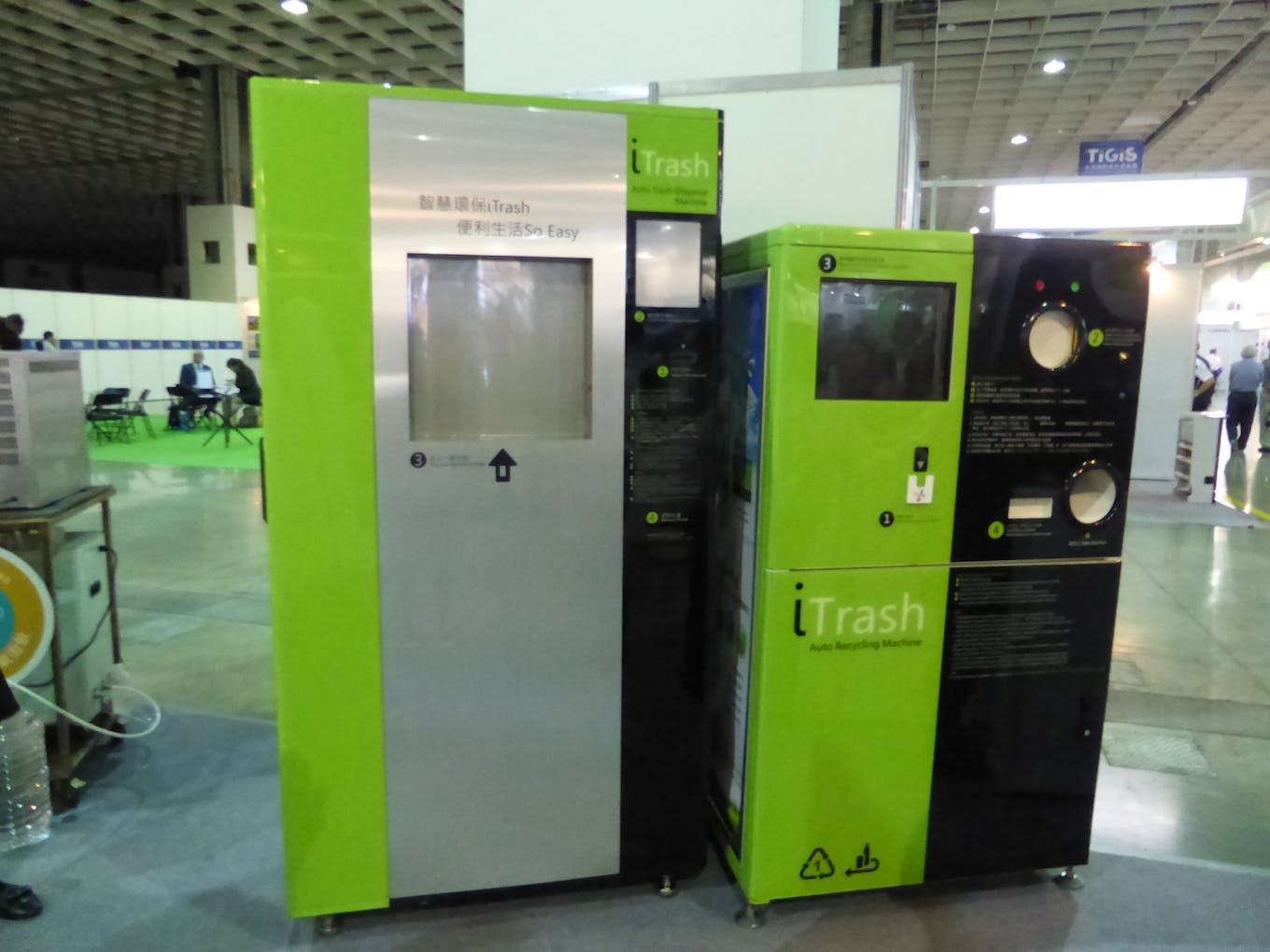 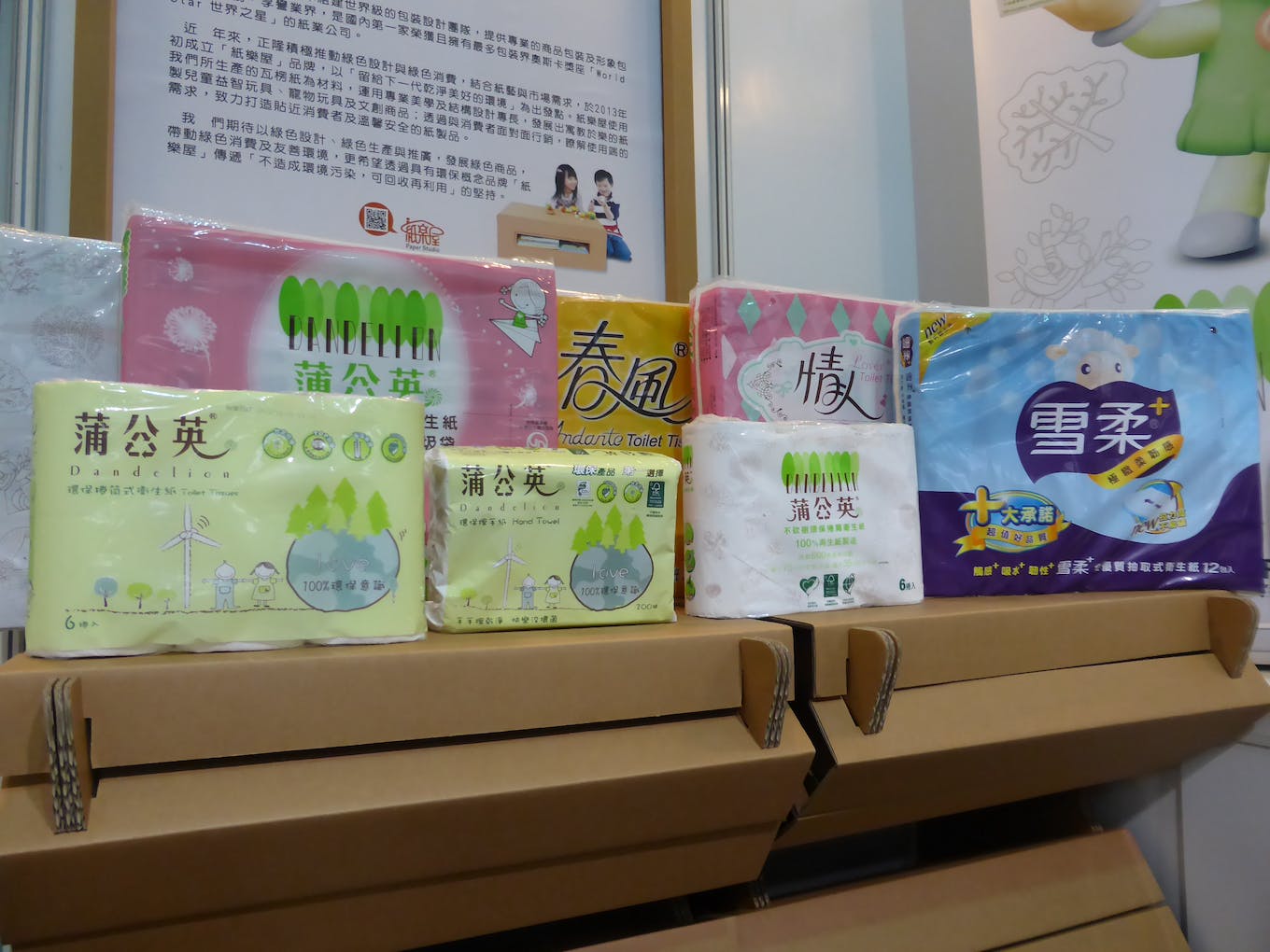 I’ve written about the Rhymebus inverter for exercise machines here, but I am still captured by the possibility of today’s health-conscious, white-collared working population on their treadmills, ellipticals, stairmasters during lunch and after work, furiously pumping electricity into the grid.

Taiwan’s obsession with recycling made me think about how much more Singapore - the city where I live - can do in this respect. As a country with no natural resources, the irony of how easily we buy, use and throw things without a second thought to where they come from and where these materials go struck a chord with me.

By merely collecting, sorting and selling its waste, Singapore misses out on the opportunity to create value out of it. Much like how glass can be turned into bricks for construction, what other developments have blindsided Singapore because we have not been looking and thinking about these issues hard enough?

Singapore has proved itself to be among the most progressive when it comes to adopting practices that can lead to a more sustainable future, especially in the area of infrastructure where the government has done remarkable work to protect the water cycle and set ambitious targets to green the city.

What I would hope for Singapore to learn from Taiwan is how to start small - let’s look at receipts and at charging for plastic bags, and so become more mindful of the energy, water and waste we use, and in doing so also create more room and more demand for our own Singapore-brand green technologies.

Wherever I spoke to people on the TiGiS grounds and told them I was from Singapore, scientists and engineers who had been to Singapore to study our systems spoke glowingly of our water treatment facilities and clean environment.

Now it’s time for us to take a leaf from Taiwan’s book and start greening our nation too.