The clean tech revolution must start with mining

The anticipated spike in demand for “technology metals”, including rare earth elements, lithium, niobium, and coltan, has ignited fierce debates over the development destiny of some of Latin America’s most iconic places.

The remote Amazon, the Bolivian highlands, and the Sonoran desert in Mexico are rich in culture and biodiversity on the one hand, and in geological endowments on the other. Some estimates put Latin America’s combined reserves of these elements at 50 million tonnes, or roughly 40 per cent of known global supply.

Mining technology metals presents a conundrum: is the sacrifice of local environments and livelihoods a fair price to pay for the proliferation of clean energy technologies?

They’re called technology metals because they’re essential for modern technology and indispensable to the clean energy technology transition. The practices of mining companies are as diverse as the landscapes they excavate.

Mining companies from around the world have hastened to mine the lithium in Argentina, Chile, Bolivia, and Mexico to produce the batteries essential for electric cars, wind turbines, and other technologies, with little regard for the long-term livelihood security of the people who live in these places.

For several decades, Brazil’s certified niobium mine in the interior state of Minas Gerais has supplied most of the world’s energy efficient vehicles, steel structures, and airplanes with these super-alloys. Coltan, informally extracted in Colombia, is a crucial input into mobile phones, while several small-scale mining cooperatives have high hopes for the rare earth elements believed to be in the alluvial clay deposits of the Brazilian Amazon.

In many cases, the components for the technologies that will power our clean energy transition have been produced outside of the Americas, in places like China. This means that primary or minimally processed materials have been pulled from the subsoils of Latin America, shipped to factories operated by foreign companies in East Asia, and then exported in the form of batteries, solar panels, magnets, and information technologies.

In some cases, these components make intermediate stops in assembly facilities in Southeast Asia, such as those operated by Interplex Holdings in Singapore, which sells electro-mechanical components to electric vehicle (EV) manufacturer Tesla, before hitting consumer markets in more affluent parts of the globe, including in Latin America’s major metropolises.

This global context is important. Although China’s direct demand for South America’s technology metals grabs headlines, it is driven by global demand for clean energy and information technologies. This means that the lifecycles of our technologies are far from clean.

This should not be interpreted as an argument against the widespread deployment of clean energy technologies, which should have happened two decades ago. These elements are also used to refine petroleum, stabilise nuclear reactors, and generate hydropower.

The lifecycles of our technologies are far from clean.

Ensuring that clean energy generation is truly clean requires a shift in the status quo of resource extraction. It must be led by societies in which extraction is taking place and supported by the international community.

This is a tall order, not least because myths of hitting it big with a 21st century El Dorado—a mythical place of great wealth that drove European colonial explorers ever deeper into South America’s uncharted lands—remain surprisingly pervasive among international firms, elected officials, major financial institutions, and small-scale, informal prospectors.

It is significant that technology metals are often compared to gold—white gold, the new gold, or 21st century gold—because it reflects a get-rich-quick mentality in which only the boldest will capture untold treasures lying beneath some of the most important and iconic environments of the world. Rapid exploitation is seen as the solution to so many problems: national development, the global climate crisis, regional stability, to name a few.

These are the contemporary variants of the El Dorado myth. Elected officials invoke the importance of satisfying China’s resource demand as the key to greater prosperity. The methods proposed overwhelmingly resemble 20th century greenfield mining projects, in which forests must be felled, ponds drained, and indigenous people removed from their ancestral lands to get the goods.

From Brazil to Bolivia to Mexico, the most extreme advocates of destructive mining deploy a particular nationalistic twist: any cause that attempts to stop the wholesale destruction of vital environments is an affront to the nation’s sovereign right to develop.

Small-scale miners have seized on this sentiment, positioning themselves at the front lines of national progress as the most risk-ready adventurers prepared to penetrate new places and find new resources to power national development. Taken together with growing demand for technology metals to combat climate change, the contemporary El Dorado myth is as powerful as ever.

Too often, this is presented as an inevitable conflict: laudable global moves toward clean technology deployment have the unfortunate cost of literally undermining rural and indigenous livelihoods unfolding atop the technology metals deposits.

This common David-and-Goliath framing tacitly accepts that some environments will have to be destroyed to provide the raw materials required for a more clean energy technology to sustain the climate, while also leaving it up to vulnerable communities to fend for themselves.

However, a growing body of research shows disrupting business as usual is not only in the interest of local livelihoods, but also broader, planetary wellbeing. The ecosystems that sustain, and are sustained by, rural and indigenous communities are vital to maintaining larger global systems of climate stability.

This deepens the conundrum: if climate stability is the ultimate goal, and clean technologies are the means to that end, then technology metals are indispensable. The proliferation of cleaner technologies is essential to climate mitigation and adaptation. But if the social and environmental cost of sourcing them aggravates climate change, then what is to be done? 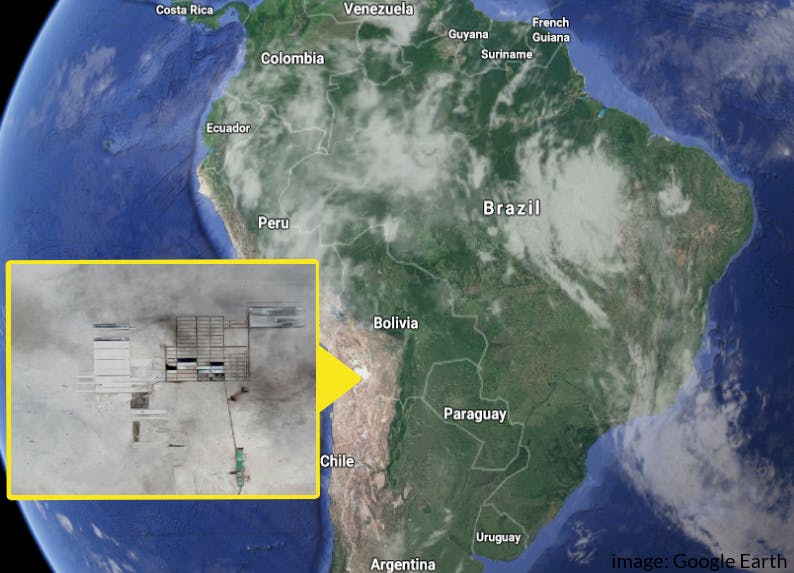 Fortunately, exciting breakthroughs in flexible mining (the practice of smelting metal-bearing wastes with “traditional” ores), tailings reprocessing, and recycling and recovering technology metals from electronic waste promises a future of mining that leaves the social and environmental violence of the enterprise in the past.

Researchers and firms in South America are pioneering these developments, sometimes independently, other times in partnership with researchers in North America, Europe, and China. Technology metals are abundant in the existing mine wastes that dot the continent from earlier eras of iron, aluminium, gold, silver, niobium, and phosphate extraction. Reprocessing these wastes would have the triple bonus of reducing existing sources of pollution and protecting sensitive areas from new mining operations while meeting growing global demand.

The proliferation of cleaner technologies is essential to climate mitigation and adaptation. But if the social and environmental cost of sourcing them aggravates climate change, then what is to be done?

Public and private entities in South America must lead these processes, and consuming economies in the rest of the world must support them. The bad news is that there is considerable resistance to a more just and sustainable model of resource extraction because existing extractive interests are difficult to dislodge.

This is in part because large-scale mining serves broader geopolitical interests; in part because of a lack of alternatives for small-scale miners; and in part because of persistent market signals that accept only the lowest price, regardless of environmental impacts. All of this brings colonial-era dynamics into the present, in which global elites satisfy their resource and technology needs at the cost of Latin American landscapes and lives.

The good news is that alternative models are already being developed. What they need is policy support. Everyone has a role to play in coordinating interests across global space to “green” the entire lifecycle of clean energy technologies. Latin American economies can support and expand cutting-edge recovery practices, sanction large and small-scale miners who harm vital landscapes and lives, and invest in value added processing to generate more revenues at home.

For China, this means sharing expertise in environmental remediation in order to prevent the recurrence of environmental disasters on its mining frontiers in Latin America. For major global market players, including technology firms and their subcontracting networks, this means holding their suppliers accountable for socially and environmentally sound practices.

Ensuring that clean technology is truly clean through the course of its entire lifecycle is essential to building a sustainable future.

Julie Klinger is the author of Rare Earth Frontiers: From Terrestrial Subsoils to Lunar Landscapes, available via Cornell University Press. Avery Hall contributed to this article. This article first appeared in Díalogo Chino. This story was originally published by chinadialogue under a Creative Commons’ License and was republished with permission.