[Book Review] If the world currently produces enough food to feed 10 billion people, why are almost a billion individuals still hungry? A recently published book, Food Foolish, explains why food waste is to blame for this problem and how it also contributes to worsening climate change, conflict, and water stress.

Why? The answer lies in food waste, “one of humankind’s unintended but most foolish practices,” according to the authors of Food Foolish, a recently-published book which traces the hidden connection between food waste, hunger, and climate change.

Penned by John Mandyck, chief sustainability officer at industrial giant United Technologies Corporation (UTC), and Eric Schultz, former chairman and chief executive of Sensitech, a UTC company focusing on cold chains, the book takes a closer look at why food often does not survive the journey from farms to people’s plates, and how to address this.

The authors argue that minimising food loss is important not only for eradicating hunger and malnutrition. Food waste also exacerbates climate change, undermines national security and economic growth, and intensifies the struggle for water, an increasingly precious natural resource.

Mandyck and Schultz highlight that at every stage of the supply chain, viable food is needlessly destroyed. For instance, farmers may choose not to harvest crops to maintain the high price of a product; food items can rot en route to their destinations if they are not properly refrigerated, or consumers might forget about them once they buy them.

Whatever the reason, vast sums of money, energy, and water - which were used in the production process - are wasted when perfectly good food is trashed, the authors say. About one-third of the food produced every year, or 1 billion tonnes, is trashed.

When food is wasted, it also squanders the greenhouse gas emissions generated from clearing the land required for agriculture, powering the processing and packaging facilities, and transporting the produce from farms to cities. 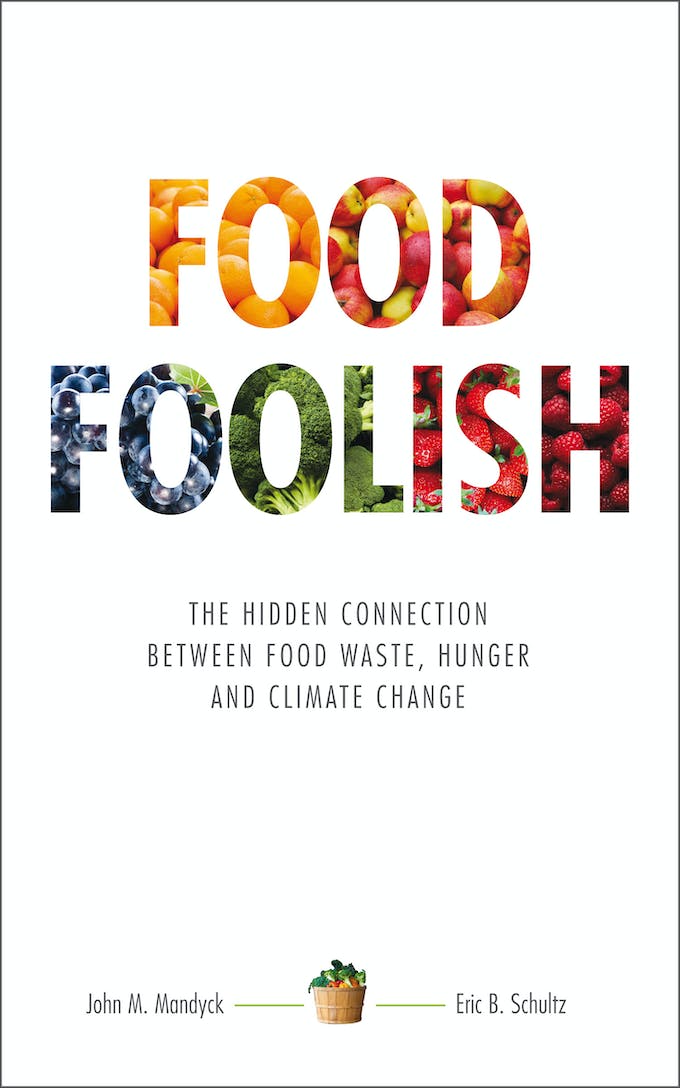 When the economic, social and environmental impacts of food waste are added up, it costs the global economy US$2.6 trillion annually, note the authors, citing a report by the Food and Agricultural Organisation, the UN agency that leads the international effort to defeat hunger.

One of the key strategies Food Foolish proposes to tackle this food challenge is to improve the global cold chain - that is, the provision of refrigeration along the food’s route from farm to supermarket shelves.

As more people move to cities, the distance betweenconsumers and the farms where their food is grown increases. Globalisation, which encourages international trade, further increases this distance as food is exported to markets thousands of miles away from where it is harvested.

According to Mandyck and Schultz, keeping perishable items cool and dry is key to making sure it does not spoil along these increasingly long journeys.

They add that cold chains are relatively underdeveloped in many Asian and African countries. India, for instance, could be wasting as much as half of its fruit and vegetable output due to a lack of refrigeration, say the authors, citing a 2015 study by the University of Nottingham’s School of Biosciences.

Given the potential of refrigeration to protect food quality and freshness, and extend its shelf life, “such a powerful tool should be universally deployed,” urge the authors.

Food Foolish is published by Carrier Corporation - a UTC unit which specialises in air conditioning, heating, and refrigeration - and the authors’ focus on cold chain solutions is unsurprising given their link to UTC, a major player in this sector.

But they go beyond these solutions to examine many other measures that both the private and public sector can introduce to significantly reduce food waste.

For instance, it explores unique solutions ranging from an insect-based diet to using mobile applications to provide weather data to farmers in order to achieve better yields.

They also promote supermarkets that are packaging free, which do not sell food in fixed quantities and allows shoppers to buy as much food as they need. By showcasing these solutions, the book paints a holistic picture of the possible solutions to food waste, hunger, and climate change.

While it could have included more tangible ways that consumers can reduce food waste at home, it nevertheless equips the layman reader with plenty of in-depth knowledge about the issue, which they can use to come up with their own strategies.

This is thanks to its strongest feature: statistics. Food Foolish is filled with hundreds of facts and figures about food production, consumption, climate change, and other aspects of the food ecosystem, which provide valuable context into the scale and complexity of the issue.

The authors ensure that the dense data does not overwhelm readers by providing plenty of comparisons to real world scenarios. One particularly stark example is that if food waste was a country, the 3.3 billion metric tonnes of greenhouse gases it generates annually would make it the world’s third largest emitter after China and the United States.

If the 805 million people suffering from hunger today were their own nation, it too would also be the third largest country in the world.

This creative presentation of data, combined with the book’s conversational tone, makes Food Foolish an ideal introduction to the issue for the lay reader, as well as a great information resource for industry professionals.

The book takes its audience on an engaging and informative tour of the myriad issues and existing practices which contribute to food waste and its accompanying environmental disaster.

The 182-page paperback is sure to leave private sector players, policymakers, and shoppers convinced that they can and should take immediate action to address food waste; it would be foolish not to.

To order a copy of Food Foolish, visit www.amazon.com or www.FoodFoolishBook.com. Proceeds from the book will be donated to food charities.