Nazir Foead, head of Indonesia's new Peatland Restoration Agency brings new energy to solving the country's deforestation and peatland problems, but engagement with major consumer giants India and China is lacking, and we still need to look at the million-dollar question of who will pay for sustainable goods.

Many people here would experience a sense of deja vu each year during Indonesia’s burning season when farmers resort to illegal forest fires to clear land for lucrative crops, and a thick haze blankets parts of South-east Asia, including Singapore and Malaysia.

Despite the efforts of multiple governments and businesses over the past decade to tackle the issue, it remains unresolved and last year’s haze was the worst on record as an unprecedented number of fires raged for months, exacerbated by the dry conditions brought on by El Nino.

Recently, however, the head of Indonesia’s newly set up Peatland Restoration Agency, Nazir Foead, has provided a breath of fresh air on this tired issue.

The former WWF Indonesia conservation veteran - appointed by President Joko Widodo to this ministerial-level post in January - boldly declared last week that there is “zero chance” of a repeat of last year’s haze.

In a no-nonsense, let’s-get- down-to-business half-hour interview with reporters on the sidelines of an event organised by the Singapore Institute of International Affairs (SIIA), Nazir emphasised that this year “is different” because of the game- changing level of determination on the part of governments, companies and civic society following the “shock” of last year’s haze crisis.

He spoke with confidence about the monumental task ahead of him: restoring 2 million ha of damaged peatland - about 28 times the size of Singapore - across seven provinces within five years.

Peatland is naturally resistant to fire as they are wet underground, but they can be highly flammable when they are drained and can burn for weeks or months. His agency plans to mobilise communities to build dams and block canals to restore water to the land. 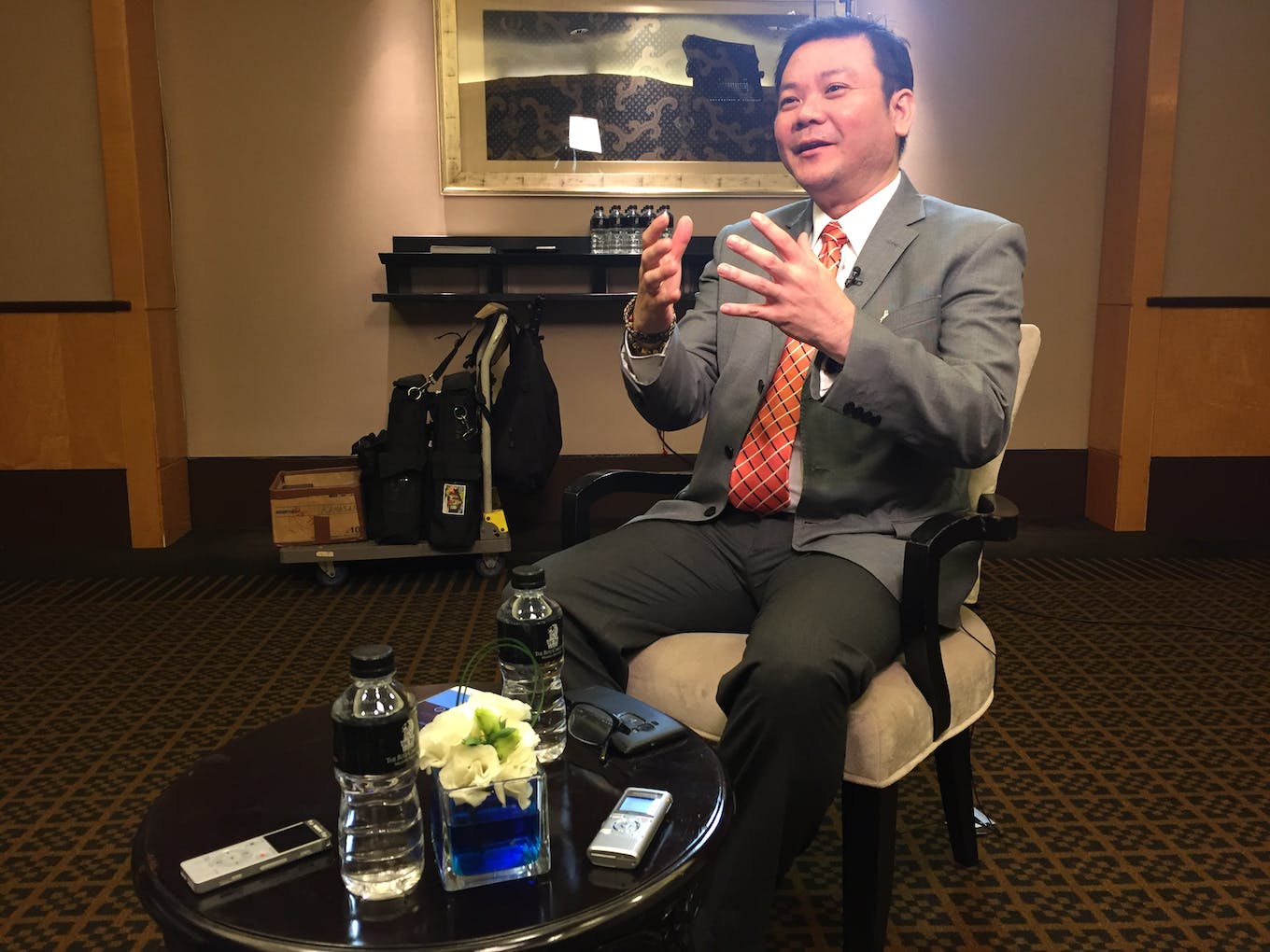 It is planning to publish a map of a scale of 1: 50,000 of the affected peatland within three months, and this will show whether companies are fulfilling their obligation to restore damaged areas. The agency will also be encouraging smallholder farmers to consider alternative crops such as sago or timber, which grow well on such land.

These initiatives reflect a growing momentum to tackle the issue since last year’s crisis.

There are other positive signs of change. First, the Indonesian government under President Joko has taken unprecedented steps, which range from setting up Nazir’s agency to announcing a ban on new oil palm and mining permits to strengthening law enforcement by taking companies to court and suspending licences.

President Joko’s move to promote or demote army chiefs depending on the extent of burning in their villages, for instance, has been effective in controlling the fires and spurring response, shared Nazir.

Second, in Singapore, the Government has used its new Transboundary Haze Pollution Act - which can impose fines of up to $2 million on firms found guilty of causing the haze - to serve notices on those linked to the haze, and investigations by the National Environment Agency are under way.

The Government will also start buying only paper products that carry the Singapore Green Label - a local sustainability certification administered by the non-profit Singapore Environment Council - by the third quarter of this year, leading the way on sustainable procurement in the country.

There is also more focus on Singapore’s role as a financier of irresponsible companies. Last October, the Association of Banks in Singapore issued guidelines for financial institutions to integrate environmental, social and governance issues such as deforestation, human rights and corporate ethics into their lending and business practices.

Third, the agro-forestry firms involved have stepped up efforts to raise their sustainability standards, such as tracing their palm-oil supply back to the mills and plantations from where they came to ensure they were not cultivated on burnt or protected land.

And adding to that, civic society and the wider public continue to put pressure on firms by scrutinising business operations.

A recent report by Eyes on the Forest, a coalition of environmental groups including WWF Indonesia, Friends of the Earth’s Riau Office (Walhi) and Riau Forest Rescue Network (Jikalahari), revealed that oil palm grown on protected land is still making its way into the supply chains of companies like Singapore-based Wilmar, Musim Mas, and Golden Agri-Resources, as well as Indonesian firm Asian Agri, all of which have zero deforestation policies.

The companies have since acknowledged this issue and are investigating their suppliers.

While all these signs are reassuring, there remains one key obstacle in the quest for a long-term solution, and that is the million-dollar question of who will pay for it. Despite the significant increase in awareness among consumers about sustainability issues - people, and businesses, are still not willing to pay the premium for sustainably-produced palm oil.

There are substantial costs involved in getting farmers to shift to non-burning methods of clearing land and to undergo the certification process for sustainable palm oil.

While all these signs are reassuring, there remains one key obstacle in the quest for a long-term solution, and that is the million-dollar question of who will pay for it.

Indonesia’s Coordinating Minister for Economic Affairs Darmin Nasution, in an industry event in Bali last month, emphasised that this cost “cannot be borne by producers alone”. He noted that even while some European countries promote boycotts on palm oil, they are not willing to pay the premium for sustainable products.

Currently, a tonne of palm oil is trading at about US$690 (S$927) - certified sustainable palm oil can demand only about 10 per cent more. Palm oil executives I spoke to said their Western customers publicly demand higher sustainability standards but do not want to pay extra.

The result is that suppliers refuse to follow sustain- ability standards or get certified because “they see a lot of obligation, additional cost and no benefit”.

And even if they lose Western customers, many of these producers - making up as much of 40 per cent of globally traded palm oil - simply sell to India and China, where price is king and there are no standards to follow.

Engagement with India and China to influence attitudes in those markets has been largely missing in current efforts to fight the haze and needs to be stepped up. Encouragingly, there were Chinese representatives at SIIA’s event who said that Chinese buyers are increasingly aware of this issue.

Ultimately, farmers must be given reasons and incentivised to comply with standards so that sustainable, non-burning practices become the norm for the country’s agriculture industry. That must involve everyone - from consumers to producers - sharing the cost.

Such a change will also pave the way for local constituents in Indonesia to accept higher standards. Many regard the palm oil industry as a key economic engine and therefore they resist any efforts - outside or within - to curtail industry growth.

This is evident in the internal conflicts within President Joko’s government: In the same week that he announced a potential oil palm and mining ban, his Agriculture Ministry called for the disbanding of a voluntary initiative called the Indonesian Palm Oil Pledge - or Ipop, under which major palm oil firms pledged high sustainability standards - over cartel allegations.

Experts have interpreted this as a protectionist move that is counter-intuitive to raising the overall standards of the industry.

Today, as we commemorate Earth Day, it would be timely to reflect on how we can address this elephant in the room in order to keep up the momentum on resolving the issue.