WWL’s Anna Larsson outlines how the company’s sustainability approach helps it to thrive in an industry rocked by a prolonged downturn.

Despite being in an industry that is predisposed towards environmental degradation, Swedish-Norwegian shipping company Wallenius Wilhelmsen Logistics (WWL) has not let the circumstances define it.

The company has been proactively putting in place measures to reduce sea and airborne pollutant emissions and set up an international coalition to champion the enforcement of sulphur emission regulations – critical to minimising the impact of the shipping industry.

Speaking to Future Ready Singapore in a phone interview, WWL’s head of sustainability Anna Larsson shares that the company’s award-winning approach to sustainability is guided by a combination of its long-term vision as well as immediate-term targets.

Having and acting on a sustainable vision for the future has reaped rewards for WWL, from saving costs to staff retention, and prepares WWL for the future of the shipping industry today, which challenges companies to balance their bottom lines against their environmental impacts.

The shipping industry ferries a whopping 90 per cent of world trade by volume today and cargo ships account for three to four per cent of carbon dioxide emissions in the world, being mostly powered by heavy fuel oil, the most polluting form of fuel.

Shipping generates greenhouse gases such as nitrogen oxide and sulphur dioxide that can cause acid rain and create a fine dust that poses a risk to human health.

Cleaning up the industry, says Larsson, is a “technical” challenge. There are no real alternatives to the carbon-based fuels used now and a scalable renewable energy solution for cargo ships is still a long way off.

Ship operators today are under pressure to clean up their act, especially after the United Nations shipping agency ruled in October 2016 to implement a global sulphur cap of 0.5 per cent by 2020.

With the International Maritime Organization’s Marine Environmental Protection Committee (IMO MEPC) sulphur cap in place, shipping vessels must use fuel with sulphur content of 0.5 per cent or lower at sea. At the moment, the global sulphur limit is 3.5 per cent, and only Emission Control Areas (ECAs) in North America and Europe have a lower sulphur limit at 0.1 per cent.

Doing something about sulphur

Against the backdrop of increasing pressure for the industry to reduce emissions and the lack of viable, cleaner fuel sources, WWL has chosen to start proactively regulating its emissions and mitigating the impact its operations has had on the environment.

By going above and beyond what it was legally required to do, WWL is ahead of the curve and competition in fulfilling its social responsibilities and prepared to meet future challenges. A cornerstone to this is the company’s new set of five-year objectives that was released in March 2016, after its previous 10-year plan for sustainability ended in 2015. They set out targets for cutting sulphur, nitrogen oxide and carbon dioxide emissions, and reducing the transfer of invasive species from one locale to another.

Larsson says that the company has been operating on its own voluntary low-sulphur policy for the past 11 to 12 years and using fuels with sulphur content of 1.5 per cent or lower, while industry norms ran at 2.7 per cent.

Meanwhile under its new five-year objectives, WWL launched its new global 0.1 per cent-sulphur at berth policy in Beijing and Tokyo earlier this year to reduce emissions in coastal areas and port communities.

Larsson shares that 70 per cent of WWL’s port calls are outside the ECA zones, saying, “If we can run at 0.1 sulphur in Europe and North America, there’s no reason for us not to operate in the same way in all ports. Human health is worth the same everywhere.”

With a global sulphur cap on the way, WWL has also been researching different fuel mixes and new fuel types to address the industry need for viable alternatives to heavy fuel oil. The sulphur cap, once implemented, will spike demand for low-sulphur alternatives and destabilise fuel prices as the entire industry moves away from more polluting fuels, she says.

Low-sulphur fuel can cost up to 50 per cent more and will represent a sea change in operations for shipping companies once the sulphur cap kicks in.

In preparation for the upcoming disruption to the industry and to find cost-effective solutions for WWL and its customers, Larsson shares, “We’re investigating how we can best operate on different fuels and energy sources, and how we can fulfil (international) regulations by using scrubbers, for example.”

Scrubbers are cleaning systems installed on ships that remove pollutants from vessel emissions, and can be retrofitted on to older vessels. Expensive to purchase and install, scrubbers are the only other option to purchasing expensive, low-sulphur fuel.

If we can run at 0.1 per cent sulphur in Europe and North America, there’s no reason for us not to operate in the same way in all ports. Human health is worth the same everywhere.

The logistics firm has also been tackling sulphur emissions through a different angle - by calling on authorities to enforce sulphur-limiting regulations through the Trident Alliance, an industry body that it is an active member of.

Additionally, WWL works with its partners to ensure vessels are as full as possible for shipping to maximise efficiency and has reduced its carbon dioxide per unit transported by about 20 per cent since 2005.

Commenting on the benefits of WWL’s approach, Larsson says, “We work proactively to find and adopt new technologies and start preparing for legislation early. This reduces our business risk and facilitates compliance with legislation, reducing implementation costs and risks.”

Keeping up with the KPIs

Going beyond the focus on sulphur emissions, WWL also streamlines its day-to-day operations to reduce environmental impact and gives sustainability-related KPIs as much weight and importance as other operational KPIs.

Guiding this are Castor Green and Orcelle, WWL’s zero-emission visions for the future. Castor Green is the ideal land-based terminal that releases no emissions while the Orcelle is a car-carrying vessel powered by renewable energy. Larsson explains the Castor Green, “In itself, it’s a vision, but we have what we call the Castor Green programme, which is a set of ways of working and standards.” 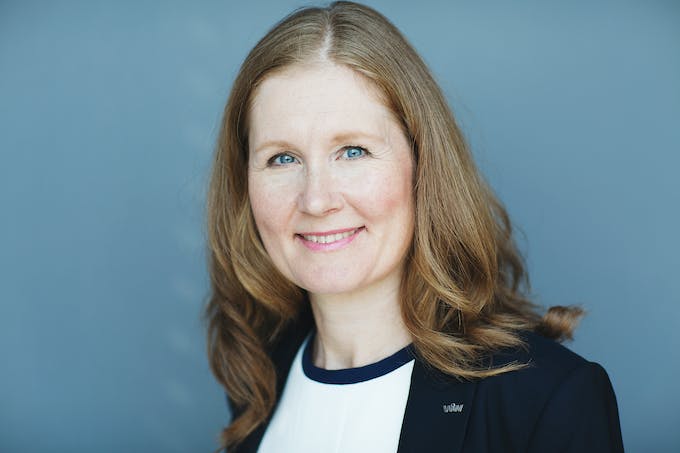 It guides operations and ranks a specific WWL facility according to a scale of green-ness based on indicators including energy efficiency, energy sources, water use, and land use. Employees identify their operations’ location on the ranking and “set objectives for what they’re going to do more of this year, and how they are going to go to the next level”, adds Larsson.

On the other hand, the Orcelle is the model for WWL’s environmental impact performance at sea, but also includes a range of projects WWL works on to “explore how we can, in the future, design a zero-emission vessel”, including LNG and battery solution trials.

These give WWL staff concrete goals to work towards. The company expects these environmental key performance indicators (KPIs) to be followed up with all other KPIs. Says Larsson, “This is not something you pick up and look at once a year, this is something that you’re measuring and following up together with your financial and operational KPI’s, safety, etc. You’re reporting in the same place and you’re giving feedback also to the locations and the organisation continuously.”

WWL’s multi-faceted focus on sustainability has impacted its business and operations both directly and indirectly. The company has made significant cost savings by minimising resource use and waste production - as these have a “strong bottom line connection” – as well as proactively looking for new technologies and preparing to comply with legislation early. This lessens the risks and costs involved in making changes to operations.

More indirectly, Larsson says WWL attracts and keeps the good partners and employees through its sustainability strategy. “It also builds credibility and confidence with authorities and business partners, which is important when we are competing for land or contracts to expand our business,” she adds.

“On the commercial side, it differentiates us from our competitors and today, a solid environmental and sustainability programme is a requirement for suppliers to the industry we serve.”