Why your Valentine's Day chocolates are not sweet for the environment

Planning to give your special someone a box of chocolates this Valentine’s Day? This love food could have a heartbreaking environmental impact.

Chocolates and Valentine’s Day seem to be inextricably intertwined for life. Last year, consumers in the United States alone spent around US$18.2 billion on Valentine’s Day, US$1.7 billion of which was spent buying candies and chocolates.

Whether they are heart-shaped, luscious with caramel filling, or decadently dark, chocolates are touted as love food that sets the mood for romance. But unfortunately, not everything about chocolate production is tasteful.

According to Andres M. Tuates, Jr., a research specialist with the Philippine Centre for Postharvest Development and Mechanisation (PhilMech), the production of cacao beans—the crop used to make chocolates—has the potential to create serious environmental problems such as soil and air pollution. 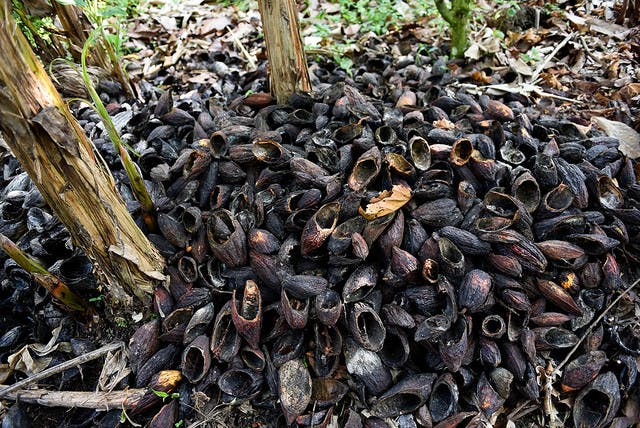 “Cacao processors traditionally collect the cacao beans only, which make up just 30 per cent of a cacao fruit, and leave the pods, or 70 per cent of the fruit, in the field to rot,” Tuates tells Eco-Business in a recent interview.

“These generate foul odours and also become a source of pathogens,” Tuates adds.

Fermented cacao beans are fast becoming one of the Philippines’ top export products primarily to the United States. This is owed to the fact that Philippine cacao beans have been rated among the world’s best.

Revenue in the chocolate confectionary segment in the Philippines will amount to US$74 million this year, according to market research firm Statista. 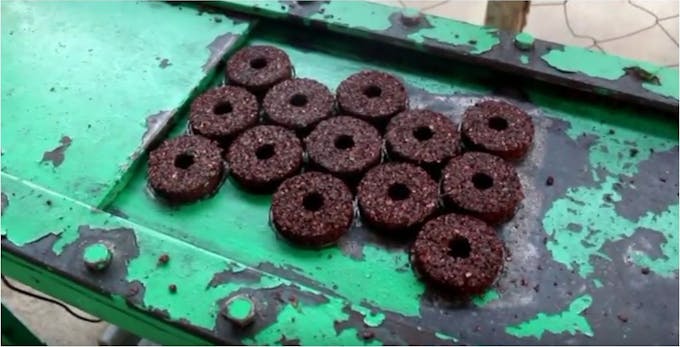 The high demand for Philippine cacao beans has prompted the country’s agriculture department to ramp up production by up to 100,000 metric tonnes from 2022.

Because of this, the cacao industry can potentially generate approximately 633 million kilograms (kg) of cacao pod husks, which if left in the field, can create an environmental disaster, Tuates warns.

To change this, Tuates has launched a new initiative that turns discarded cacao pods into fuel briquettes that can be used as an alternative household fuel.

A cacao pod husk burns better and produces less ash compared to wood charcoal. What’s more, it does not emit carbon dioxide when burnt, unlike the burning of fossil fuels, Tuates says. 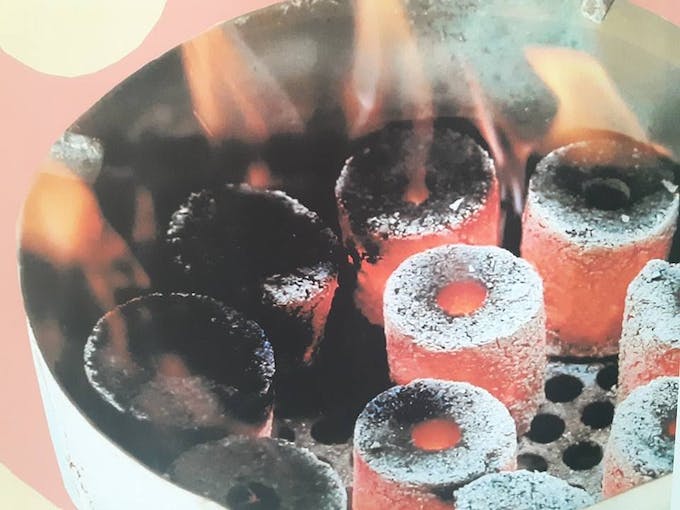 Using basic machinery such as a shredder, hammer mill, mixer and a briquetting machine, cacao pods are sun-dried, shredded, compacted, and shaped into cylinders to become fuel briquettes.

With their initial product experimentation, Tuates notes that one tonne of cacao briquettes yields the equivalent energy value of 3,741.1 kilowatt hours (kWH). Making the briquettes requires only 11 per cent of the energy they produce, making them an efficient source of energy, says Tuates.

“The Philippines is heavily dependent on imported oil to support its energy needs. The pressure of harnessing alternative fuel options is building up,” Tuates says.

His team at PhilMech is now studying ways to brand and market this product, which promises to increase cacao farmers’ earning capacity by up to 20 per cent.

Converting cacao pod husk into fuel briquettes will add value to cacao by-products and at the same time address the problem of waste disposal and reduce damage to the environment, Tuates says.