Why Asia, and the rest of the world, need low-carbon steel

If the steel sector were a country, it would be the world’s fifth-biggest emitter after China, the United States, Europe and India. Can developers and car and appliance makers be galvanised to adopt a new standard for responsible steel?

If the steel sector were a country, it would be the world’s fifth-biggest emitter after China, the United States, Europe and India, contributing to 7 per cent of global carbon emissions.

Property developers and automobile makers use copious amounts of the resource, and everyone who owns a home or a car relies on it.

But steel is considered one of the heavy industry sectors, alongside others like cement and shipping, where solutions to reduce emissions are not simple.

To push the sector towards standards needed to limit global warming to 1.5°C above pre-industrial levels by 2100, some industry stakeholders—including the world’s largest steel company, ArcelorMittal—recently launched the ResponsibleSteel standard.

ResponsibleSteel is the first international multi-stakeholder standard for responsible production for steelmaking and processing sites, its stakeholders say. Besides ArcelorMittal, which accounts for 6 to 7 per cent of the global steel market, other producers and manufacturers that have joined include BlueScope, Aperam, Vama, Voestalpine and Outokompu.

More familiar names such as automakers Daimler and BMW, as well as property developer Lendlease, are also on board. Automotive and construction make up about two-thirds of steel demand.

Whether you are buying a car, an appliance, a wind turbine, or developing and constructing a new building—having the ResponsibleSteel stamp of approval… will mean that you are buying something that has achieved the highest performance and standard for 12 different social, environmental, climate and governance criteria.

For steel producers, membership means their sites will be certified to ensure they respect labour and human rights, manage emissions and effluents, and are committed to the goals of the Paris Agreement, among other principles.

The certification process will begin as early as the first quarter of next year, and ArcelorMittal has said it will seek certification for all its European facilities immediately, said Margaret Hansbrough, campaign director of environmental campaign organisation Mighty Earth, a ResponsibleSteel member.

Over 70 per cent of steel is currently produced and used in Asia (over half in China alone), and the ResponsibleSteel standard will allow Asian steel consumers and policymakers to easily identify the “highest bar in steel making”, Hansbrough told Eco-Business.

Countries like India, China and parts of Southeast Asia have some of the world’s worst air pollution, contributed in part by steel production, she said. Infrastructure needs are also still growing in the region.

“This standard will be a way for the industry to take responsibility for the human and ecological toll it (exacts) and to act swiftly to reduce its pollution and move toward less polluting production,” said Hansbrough.

Emissions from steel production may not be the most obvious of carbon footprints to end-users such as property and car buyers. But because it is such a critical material for infrastructure and transportation, it is a big part of the decarbonisation discussion. 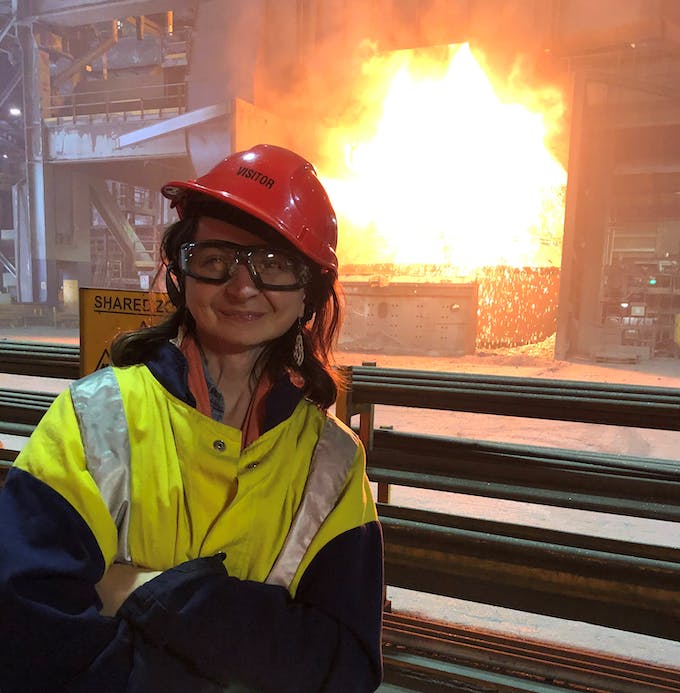 “Whether you are buying a car, an appliance, a wind turbine, or developing and constructing a new building—having the ResponsibleSteel stamp of approval behind the company you purchase your steel from, and the products they produce, will mean that you are buying something that has achieved the highest performance and standard for 12 different social, environmental, climate and governance criteria,” Hansbrough said.

“It means that you are buying from (companies) committed to major climate action from the boardroom to the mill, and they are systematically working to reduce the embodied carbon in their products and the footprint of the company overall,” she added.

According to the World Steel Association, 1.71 billion tonnes of steel was used globally in 2018. Just over half (51 per cent) was for building and infrastructure, 15 per cent was for mechanical equipment and 12 per cent was for automotives.

About 70 per cent of steel produced is primary or new steel, which is the most carbon-intensive. This is because most of it is produced in blast furnaces, which use coking coal as both the reduction agent and source of heat.

A hefty 2.3 gigatonnes of carbon-dioxide are generated annually from iron and steel production. If the sector carries on with business as usual, emissions will hit 3.3 gigatonnes by 2050.

But a study by management consultancy Material Economics, commissioned by the Energy Transitions Commission, estimated that there is potential to cut emissions from steel production by 37 per cent from the 2050 business-as-usual projection.

This can be achieved by increasing and improving scrap recycling, better energy efficiency, and decarbonisation technologies such as hydrogen-based iron-ore reduction and carbon capture.

Several key hurdles have to be overcome, however, such as reducing the amount of steel that is not recycled, and copper contamination which lowers the quality of recycled steel.

A low-carbon future for steel will also require financing. The Energy Transitions Commission—a group launched by oil giant Shell, comprising senior members of the energy and other industries—estimates the sum needed to be around US$80 billion a year.

Financing of low-carbon steel production has been lagging, noted financial institution HSBC in its recent report, Steel for the Future: The transition to responsible, zero carbon steel making.

Among other reasons, steel is a capital-intensive but low-margin business. Financing solutions could include green bonds and sustainability-linked loans, the HSBC report noted.

Mighty Earth’s Hansbrough said her organisation will continue to engage with steel companies and their biggest automotive and construction customers to drive industry transformation.

Next year, the ResponsibleSteel standard could also expand beyond site certification, to a certification process for steel products. More work is also needed with raw materials and mining standards for the upstream impacts of steel, she noted.