Residents fear a repeat of a 2013 spill that wreaked havoc on marine life and the tourism industry. Advocacy group Greenpeace Thailand is calling for greater support for nearby fishing communities.

Thailand’s government said it will take legal action if an oil spill on the country’s east coast this week causes harm to the marine environment.

A Thai navy spokesperson added in a press briefing on Thursday morning that the government will assess the damage on coral reefs and seagrasses in the affected areas.

About 160,000 litres of crude oil escaped an undersea pipe off the coastal province of Rayong, according to the country’s marine and coastal resources department. It was adjusted from an earlier estimate of 400,000 litres.

Thailand-based Star Petroleum Refining Public Company Limited (SPRC), majority owned by American fossil fuel giant Chevron, said in a series of statements that it discovered the leak on Tuesday night and brought it under control close to midnight. SPRC added it is helping to clean up the leak and determine the cause of the incident. The firm estimated yesterday that 20,000 litres of oil remained in the sea. 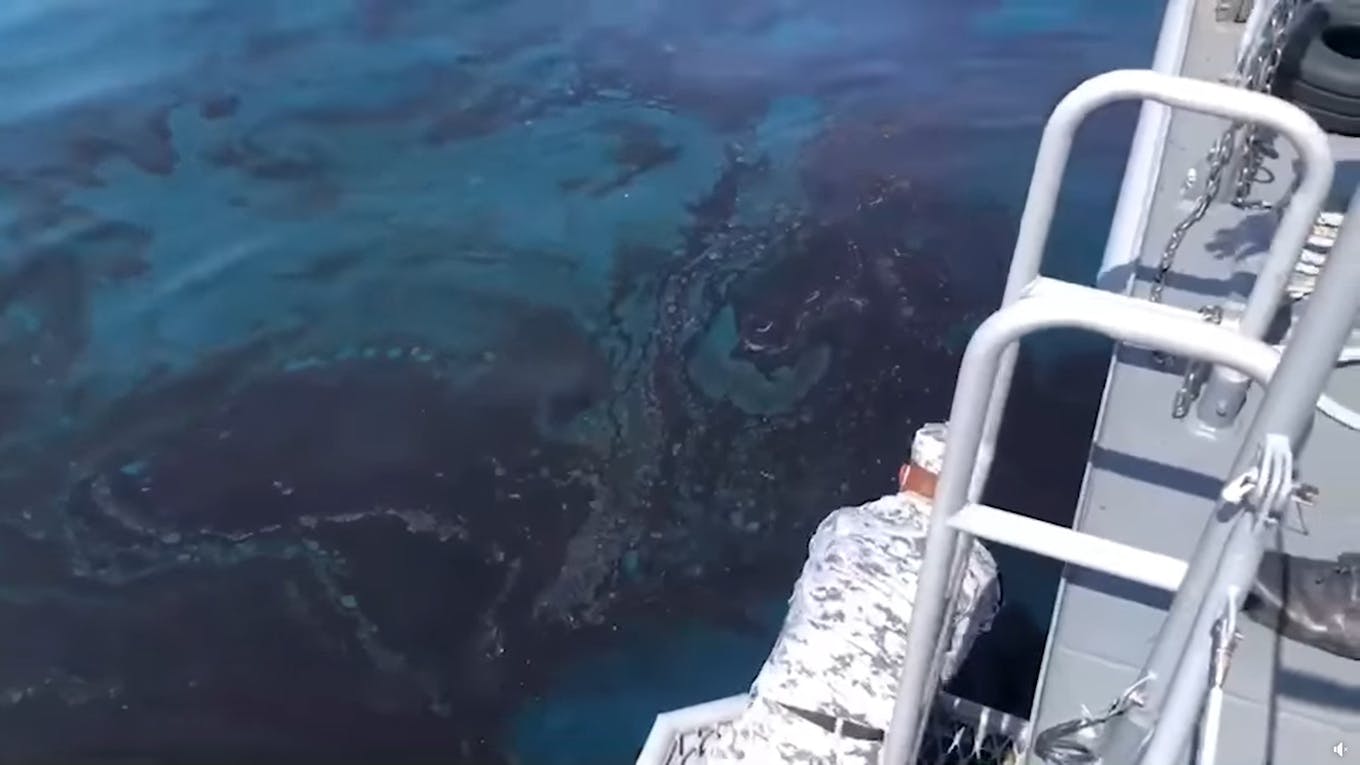 Screengrab of video showing oil on the surface of the sea. Image: Facebook/ Royal Thai Navy.

The Royal Thai Navy has been mobilised to help contain the spill and monitor the situation. Local authorities have told fishermen to keep away from the area. Chemicals used to disperse the oil could take up to 10 days to take effect.

“The government and the [petroleum] company need to ensure that those small-scale fishery communities are protected and get more support in terms of how to cope with the possible impacts,” said Tara Buakamsri, Thailand country director of advocacy group Greenpeace Southeast Asia.

Greenpeace added in a statement that SPRC should be held liable for the spill, as well as any consequences to the environment, coastal communities and tourism. 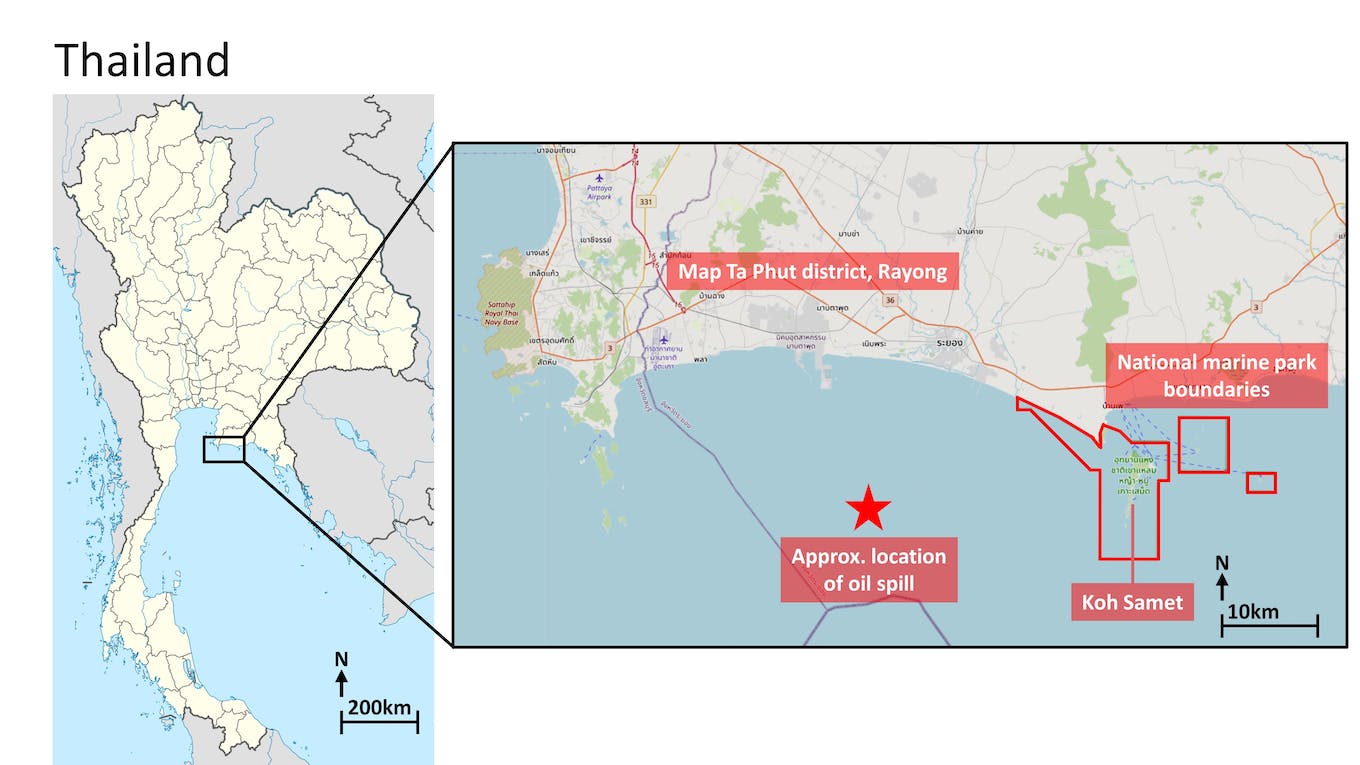 The oil spill is about 25 kilometres west of Koh Samet island, a tourist destination surrounded by coral reefs. The island has been part of a national marine park since 1981.

Dr Thon Thamrongnawasawat, a marine biologist at Kasetsart University, wrote on Facebook that the damage may be kept in check by calmer winds blowing north, away from the island, but that coastlines in the areas should all be on guard against oil slicks.

The Thai government revised an earlier threat level, telling local press outlets that the spill should not reach land. It had originally estimated that oil could reach Koh Samet by Friday if left unchecked.

Koh Samet residents have said that they are concerned about tourists staying away from the island, which is already taking a hit from the latest wave of Covid-19.

The European Commission’s database of protected areas lists 77 species of sharks and rays, including eight critically endangered species, in the marine national park. The area is also home to 131 species of coral reefs.

The island, which sits off Thailand’s industrialised eastern seaboard, was hit by an oil spill in 2013, after about 50,000 litres of crude oil leaked from a pipe in the same vicinity. Then, experts estimated that a fifth of marine life in affected areas died, including several coral colonies that were bleached as a result of oil contamination.

Buakamsri said long-term monitoring of the latest oil leak is needed, as remnant oil may form ‘tarballs’ that could continue to pollute the environment months after the spill. These dark sticky globules have been found weeks to years after previous oil spills.

Greenpeace said that the slick should push the government to review its National Energy Plan “as soon as possible” and accelerate its move to cleaner forms of energy. It advised that the government should “halt plans to expand fossil oil and gas drilling, which endangers livelihoods, the natural environment, and communities who bear the brunt of environmental impacts and climate crises.”