For a developed country, Singapore's domestic recycling rate was already low, at 17 per cent. Covid has been blamed for pushing down recycling rates further, although less waste was generated last year compared to 2019.

Singapore’s recycling rate has fallen to a 10-year low, with the country’s environment agency blaming the Covid-19 pandemic for low waste collection, processing and recycling.

Though households disposed of more packaging waste from online food deliveries and shopping during lockdown periods, recyclables collections from the domestic sector were put on hold at the peak of the pandemic in 2020 and only restarted later in the year, the National Environment Agency (NEA) reported. 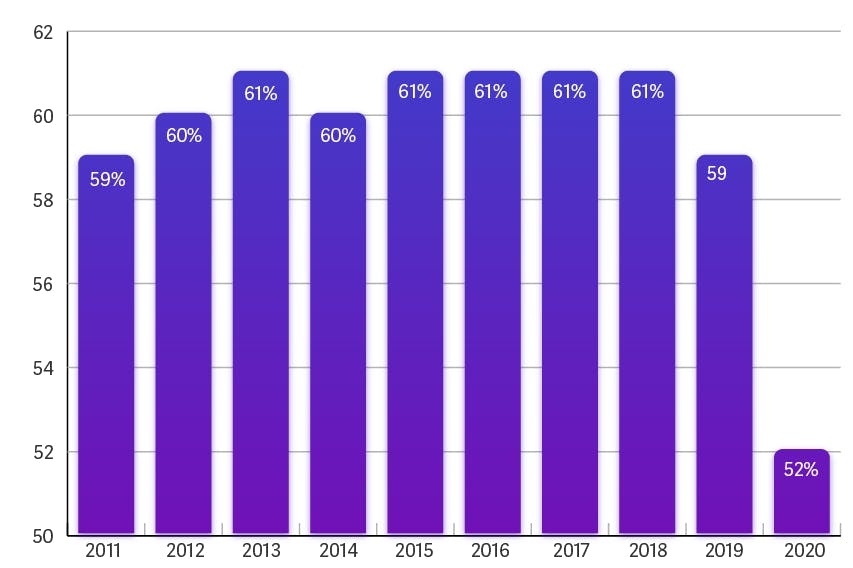 The biggest drop in recycling rate in Singapore was for paper and cardboard — down from 44 per cent in 2019 to 38 per cent in 2020, which the NEA attributes to the halting of door-to-door collection by karang guni, Singapore’s informal waste collectors, and the suspension of Cash-for-Trash, a scheme that rewards recyclers.

A bright spot in the NEA’s findings was the increase in recycling rate for food — one of Singapore’s biggest domestic waste streams — which increased slightly, to 19 per cent, from 18 per cent in 2019.

A key factor in the fall in Singapore’s overall recycling rate was the suspension of a sector with traditionally high recycling rates — contruction and demolition, the NEA said. Less collection of recyclable ferrous metal scrap meant that less was recycled. 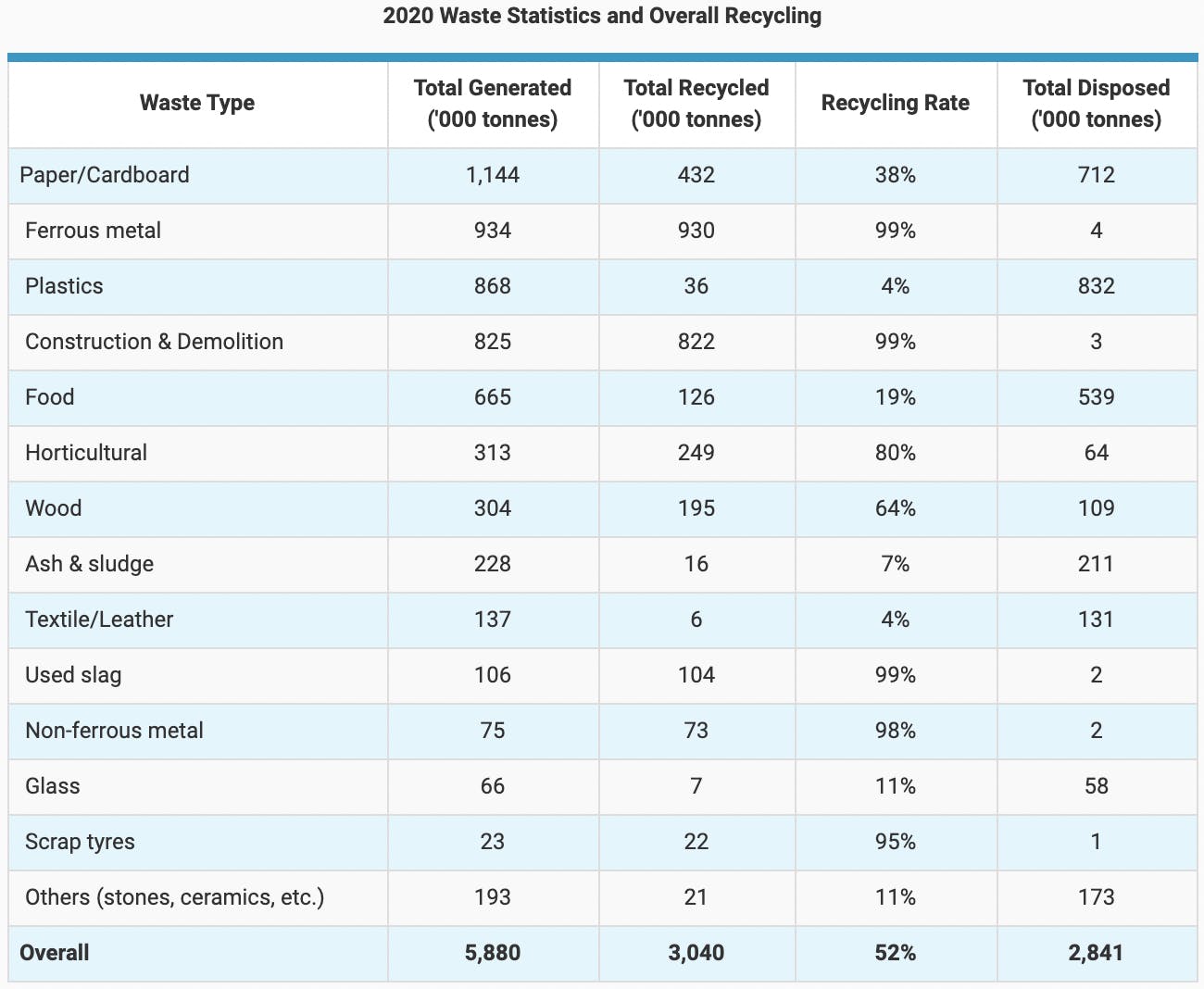 Though recycling rates were down, the volume of waste generated also fell significantly in Singapore, which the NEA attributes to the pause in non-essential economic activities during lockdown, lower demand for goods, and the restriction in the movement of people. About 5.88 million tonnes of solid waste was generated, 19 per cent less than the 7.23 million tonnes generated in 2019. Of the waste amount generated in 2020, 3.04 million tonnes was recycled.

Though this meant less waste sent to Singapore’s only landfill site, Semakau Island, which is expected to be full by 2035 or earlier, falling recycling rates have put a dent in Singapore’s national waste ambitions which are to increase the overall recycling rate—which has been largely flat since 2012—from 60 per cent in 2018 to 70 per cent by 2030.

The introduction of Extended Producer Responsibility laws, which make companies responsible for the material they produce and use, for electronic waste this year, and for packaging waste by 2025, are expected to help Singapore increase its recycling rates. Currently, most of Singapore’s unrecycled waste is incinerated.