Schools made from recycled plastic to open in earthquake-hit Lombok

A school in Taman Sari village is the first of a series of earthquake-resistant buildings made from recycled plastic blocks set for construction on the disaster-prone Indonesian island.

One of Asia’s first schools made from recycled plastic bricks has been completed on the Indonesian island of Lombok.

The plastic waste-based school in the village of Taman Sari in Mataram district took just five days to build, and is the first of a series of schools made from repurposed plastic trash slated for construction in the disaster-prone archipelago.

The school was built using 15 tonnes of recycled plastic, and is more earthquake-resistant than traditional brick and mortar buildings, because of the innate elasticity, durability and lightness of plastic, according to its creators. 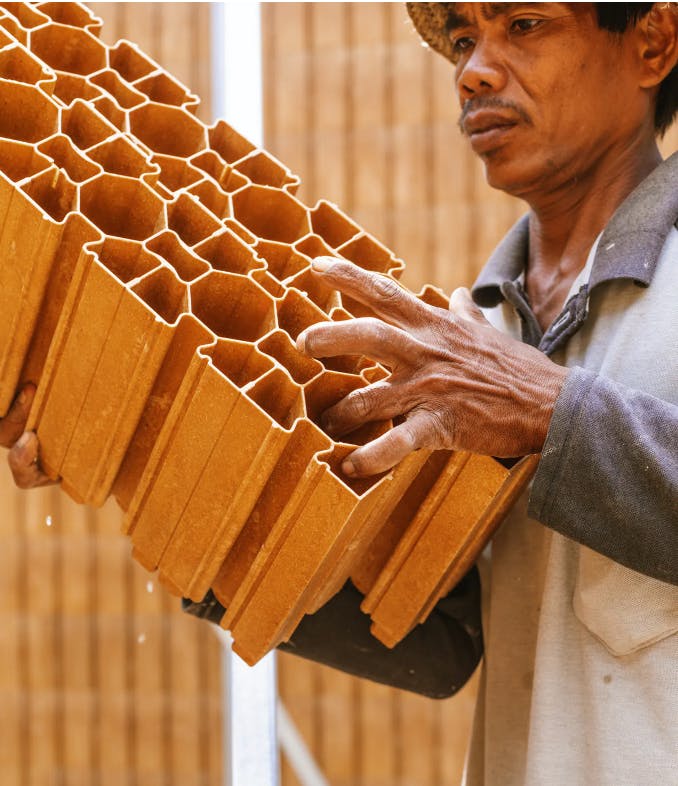 A construction worker carrying an Eco-Block to build the new school in Lombok. Image: Eszter Papp and Fraser Morton

Lombok was hit by a series of devastating earthquakes in 2018 that killed 563 people and left more than 417,000 homeless. The earthquakes damaged more than 1,100 schools, affecting 218,224 students, many of whom are still studying in temporary tent shelters three years later.

The new waste-based school is a pilot project that marks the first use of technology in Asia by Block Solutions, a Finland-headquartered company that produces Eco-Blocks.

Though there are other kinds of recycled plastic-based construction bricks, such as ecobricks, which mix used plastic sachets with cement, Eco-Blocks are made from recycled plastics such as PET and PP, and mixed with FSC-certified wood fibre. A single Eco-Block takes about minute to make using an injection moulding system.

“Even in the case of a major earthquake, injuries would not be fatal due to the superstructure design and also weight of the recycled plastic blocks,” said Markus Silfverberg, founder of Block Solutions.

The materials used to build the first school in Lombok were sourced from Finland, but the plan for subsequent waste-based schools is to source the recycled plastic and wood fibres locally. 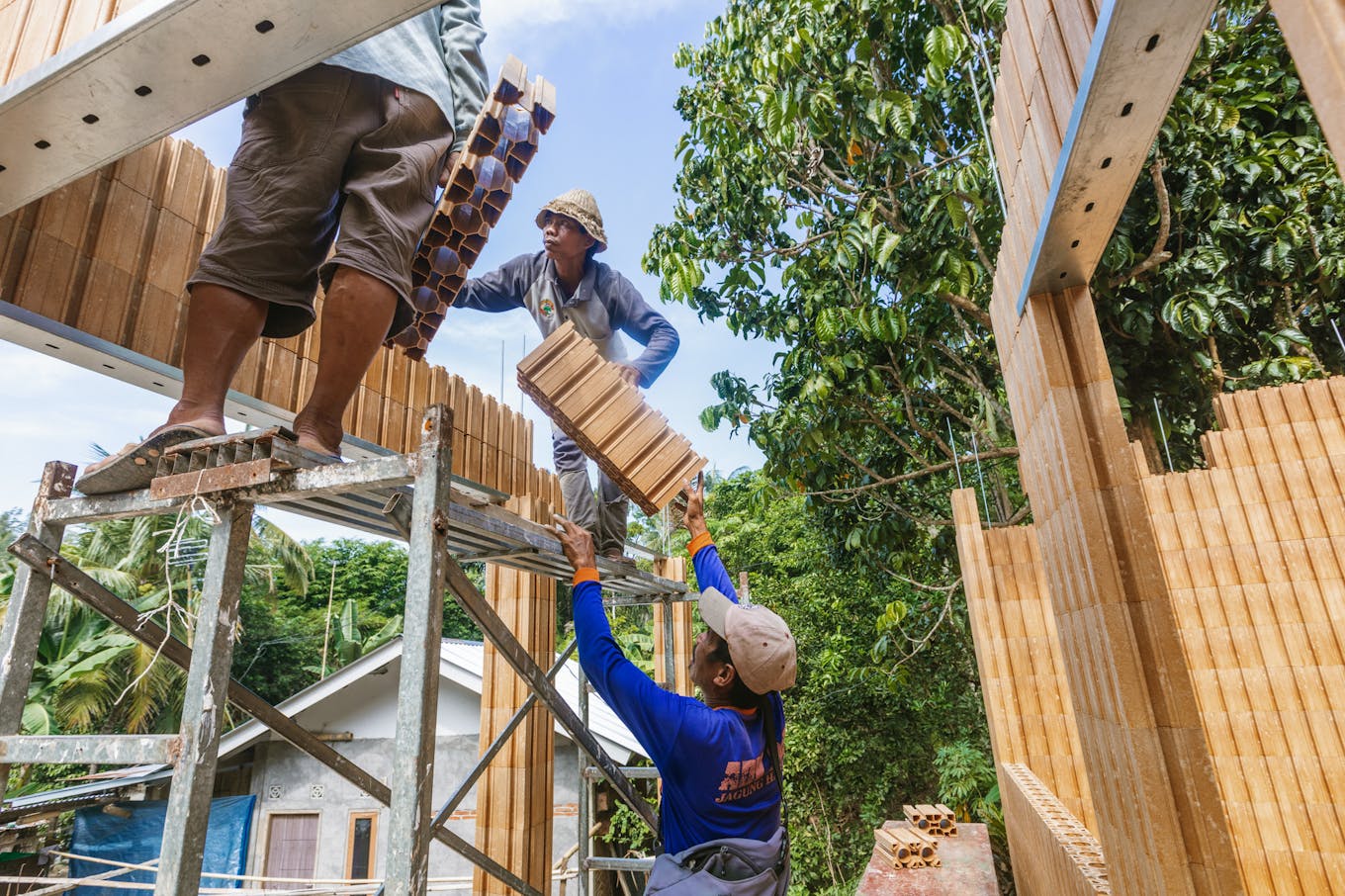 Construction of the Eco-Block school in Lombok. Image: Eszter Papp and Fraser Morton

Four more recycled plastic schools are to be built in Lombok over the coming few weeks, ahead of the planned construction of a US$2.5 million facility for sorting and recycling plastic waste, and manufacturing Eco-Blocks, from next year. Block Solutions is aiming to set up in Indonesia in 2022.

The project is being funded by Australian non-government organisation Classroom of Hope (CoH), in partnership with local charity Pelita Foundation, Block Solutions and the Lombok regional government.

“It’s like adult lego,” said Duncan Ward, CoH’s chief executive, and fundraiser of the Eco-Block School initiative. “Rather than building a bricks and mortar school over a time period of three-to-six months, we can build a five-classroom school in five days that is made from recycled plastic blocks that will last for 100 years.”

The project also aims to bring down the cost of building schools in Indonesia. A typical classroom for a government school in Lombok costs around US$14,000 to build compared to US$11,000 for a recycled plastic-based classroom. The construction of a local Eco-Block factory is expected to bring down the cost further, to US$8-9,000.

The plastic-based schools also serve as educational tools in a country that is severely lacking in waste management infrastructure and is one of the world’s biggest national contributors to marine plastic waste.

The vice-governor of Lombok, Sitti Rohmi Djalilah, commented: “The project will help our students realise that waste is a resource when it is properly managed, and will educate our students and their families to start sorting out and managing waste in their neighbourhoods.”