New sharing app lends a hand in the fight against overconsumption

A Singaporean husband-and-wife team take on overconsumption and the lack of communal spirit with an item-sharing mobile app.

Some couples start family planning during their honeymoon, but Singaporean husband and wife team Chuan Wei Zhang and Pauline Lim conceived an idea for a mobile app that enables people to loan out or borrow items from one another.

Their idea came to fruition in the form of Lendor, Singapore’s first online inventory of items that can be shared between users via a mobile app.

Chuan told Eco-Business that Lendor aims to help people declutter living spaces, offer an alternative to consumption, and enable people to live a more minimalist lifestyle while still having access to quality products.

Launched in May this year, Lendor allows people to sign up to rent and/or borrow items at a price decided by the item’s owner. It currently has 2,700 items listed online, ranging from the ordinary such as powertools, to the unexpected such as breast pumps for new mothers.

Hundreds of transactions have been made on Lendor every month since it launched. The most popularly traded products are those that serve a short-term purpose such as crutches, strollers, photography equipment and costumes.

Available on both Apple and Android smartphones, Lendor currently allows free sign-ups, though item owners may decide to charge a refundable deposit in addition to rental fees. At the end of each transaction, both parties are invited to leave a rating for one other.

The idea for a convenient solution to the problem of overconsumption stemmed from the couple’s personal experiences. For Lim, who currently teaches fashion design at LaSalle College of the Arts, overseeing the production of her own clothing label led her to quit one of world’s most polluting and wasteful industries.

“I saw how much waste was being produced from what I was doing … the more I did it, the more I didn’t feel comfortable with it, so I wanted to put a stop to it for a while,” said Lim, who added that she would only continue with her fashion business once she found a more sustainable way to do so. 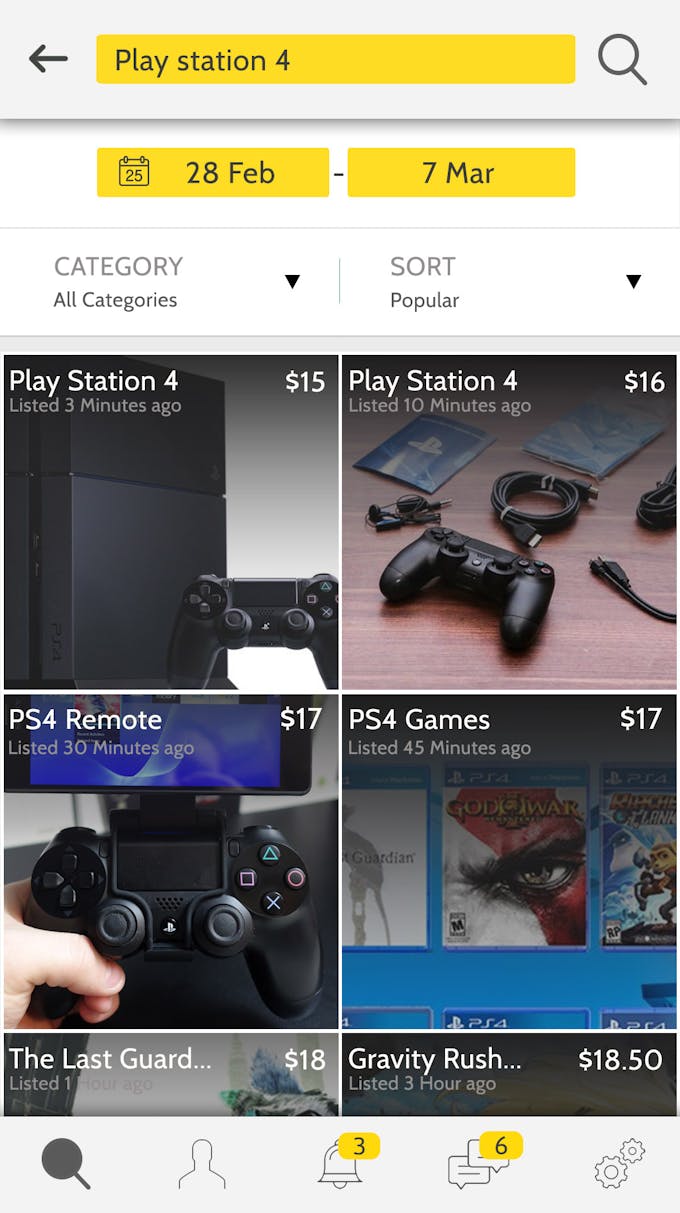 At the same time, the husband and wife team realised how much baggage they were bringing into their new marital home, said Chuan, who is also director of mobile app development firm Wizer Studios.

Although they were inspired by the minimalism movement recently popularised in Japan, they realised that it was not ideal because they still enjoyed consuming goods. He added: “That led to our objective, which is the sharing and circular economy.”

Lim and Chuan began building Lendor after their honeymoon by funding it out of their own pockets. But they are looking into other ways to continue expanding the app’s functions, including applying to accelerator programmes, taking a commission from payments, or working with local community groups that already share and loan equipment among themselves, such as urban farmers, to get them on board.

Over the next six months, users will be able to pay and be paid electronically, as compared to cash payments and bank transfers, which are the only available options currently. They will also be able to post requests for items as alerts sent to item owners.

The founders also hope that Lendor can eventually become a force for social good, and is in talks with certain government agencies to list existing idle inventories on the app to be loaned out for free.

Currently, there is already an option for users to lend their items “out of goodwill” for no charge, Lim shared. “So in the future, even when we begin to take a commission, anything that is listed [as rented out of] goodwill, we will not take a cut from that,” she said.

Noting that sharing is not quite the culture in Singapore, Lim and Chuan hope that ultimately most items on the site will be listed for free, or at a low rate. “The outcome we’re hoping for is not to have a for-profit mentality, but [a site where items are] lent out at a low price that simply covers the cost of the item.”

The environmentally conscious Chuan and Lim said they eventually hoped to export Lendor to markets such as Hong Kong, Taiwan and South Korea.