The Phillippines may have bore the brunt of several extreme weather events such as typhoons and floods in recent years, but this is not an excuse for businesses to stay away from investing in the archipalego.

To help policymakers and private sector leaders understand business risks and opportunities in the country “through the climate lens”, the World Wide Fund for Nature (WWF) and Bank of the Philippine Islands (BPI) Foundation have launched a new study that offers a look into the future of 16 major cities.

The report titled “Business Risk Assessment and the Management of Climate Impacts”, launched at an event held last month at the Ayala Museum in Makati, is based on existing climate science studies, city-specific socio-economic data and from experiences of local stakeholders. The study is the final installment of a series of reports launched in phases in 2012 and last January.

Understanding the scenarios of a climate-defined future can help businesses boost economic competitiveness and provide social safety nets in rapidly growing cities, the non-profit organisations said in a statement.

We can climate-proof our cities if we act decisively. By gearing up for climate change, we can protect businesses and save lives

The Philippines has been battling with an increasing number of extreme weather disturbances in recent years. In November last year, super typhoon Haiyan (local name Yolanda), dubbed the world’s worst typhoon, wreaked havoc in several provinces in the country, leaving nearly 10,000 dead or missing and racking up an estimated US$14 billion in economic losses.

Another super typhoon, Hagupit, lashed through the country earlier this month, taking the lives of at least 21 people and destroying infrastructure and agricultural lands in more than eight provinces.

Faye Corcuera, executive director of BPI Foundation, commented: “We can climate-proof our cities if we act decisively. By gearing up for climate change, we can protect businesses and save lives.”

The study revealed that many of the 16 cities need to be more proactive in preparing themselves for the effects of climate change. It observed that city governments, businesses and residents have not invested sufficiently in this.

The report noted that infrastructure such as airports, seaports, commercial buildings and housing development projects were not designed to cope with extreme weather disturbances. “Scenario building can help planners and decision makers understand and deal with the uncertainties that lie before them,” it noted.

As cities become migratory sinks, attracting people from rural areas including refugees displaced by climate change impacts, city planners should undertake in-depth reviews of their land use plans and learn how to sustainably produce more with less, suggested the authors.

Jose Ma Lorenzo Tan, vice chair and chief executive of WWF-Philippines, urged cities - which by nature are scarce in natural resources - to look at sustainability founded on balanced growth and take responsibility to renew its resources. He noted that this type of growth feeds on shared value and creates new wealth. 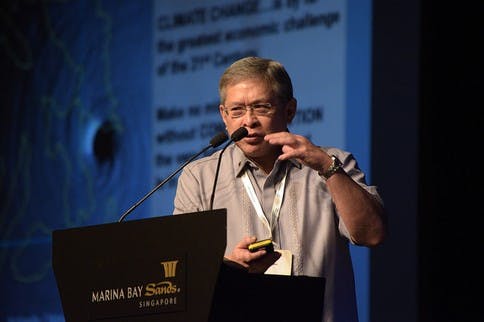 Shared value, a concept first defined by Harvard professor Mark Kramer and business guru Michael Porter, emphasises that a business can contribute significantly to the society by creating a measurable impact on a social issue based on company strategy.

“This will translate to greater competitiveness. But, it must be founded on renewal. We must put back what we have taken out,” said Tan.

The study also emphasised the need to balance urban development and agricultural self-sufficiency, while investing in multiple-sourced resources supply.

Looking at the readiness of some cities, WWF suggested that city leaders must examine how to adjust to future climate scenarios. For example, the agricultural city of Santiago, in the northeast of the Philippines’ main island of Luzon, is hemmed in by three mountain ranges and is heavily reliant on monocrop farming.

This spells a concentrated risk considering that the city has the lowest water supply per capita and a third of its land area is dedicated to rice production. “If the timing, quantity and quality of water are to become a bane, then the management of fresh water emerges as a priority imperative for Santiago City,” he said.