Indonesia unveils initiatives to speed up its energy transition

At the G20 summit, the Energy Transition Mechanism Country Platform was launched and developed countries led by the United States and Japan also announced a US$20 billion package to Indonesia to help fund the coal-dependent country’s shift to renewable energy.

The government of Indonesia on Tuesday launched its Energy Transition Mechanism (ETM) Country Platform which will lead the country’s “just and affordable transition in the energy sector”, say its leaders.

The initiative was announced at the G20 summit hosted in Bali where world leaders from the G20, the world’s biggest 20 economies, are meeting to discuss a post-pandemic recovery amid a war in Europe and a tough macroeconomic outlook.

At the G20 summit, developed countries led by the United States and Japan also announced a US$20 billion package to help fund Indonesia’s shift to renewable energy from coal.

The deal, which includes US$10 billion in public funding and a further US$10 billion from private sector investors, comes after more than a year of negotiations between political leaders.

The “Just Energy Transition Partnership” offers a mix of concessional finance, grants and loans from the US, Japan, Canada, the United Kingdom and several European countries, including the EU, and Norway.

US President Joe Biden, addressing the summit, said that the efforts will “boost Indonesia’s efforts to reduce emissions, expand renewable energy and support workers in the most affected by the transition away from coal”.

Financing from developed nations to lower-income economies was a central point of contention at the COP27 meeting in Sharm el-Sheikh.

Earlier in September, the Indonesian government issued its enhanced National Determined Contribution (NDC) – a climate pledge made by countries to the United Nations – to reach an emission reduction target of 43.2 per cent with sufficient international support by 2030.

Critics have over the years scrutinised Indonesia’s environmental record, where deforestation and land use changes have driven up its emissions, along with the abundant use of coal-fired power as its main energy source. 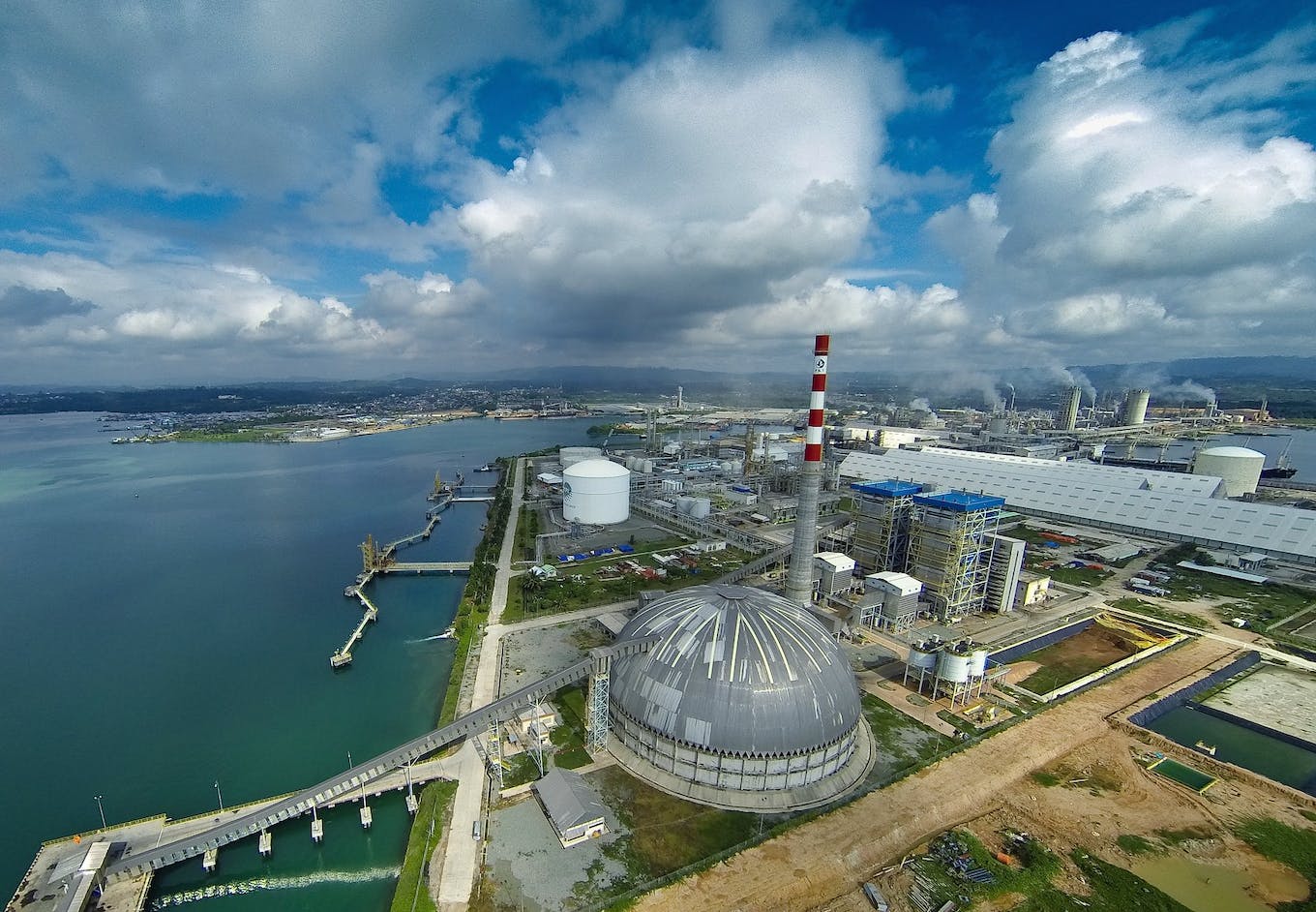 A coal boiler plant in Kalimantan, Indonesia. The Indonesian government has identified more than 15 gigawatts of coal-fired power plants for early retirement, the first step on a long road to transition from fossil fuels to clean energy. Image: Geometrica/Flickr

“Indonesia’s progress on ETM provides an example for other countries to forge a path to a net zero future. ADB is committed to supporting these efforts across Asia and the Pacific,” said ADB President Masatsugu Asakawa. “Once scaled up, ETM has the potential, I hope, to serve as one of the largest carbon reduction model in the world.”

Indonesia said that the ETM Country Platform will leverage a blended finance approach to accelerate the transition from fossil fuels to clean energy.

PT Sarana Multi Infrastruktur (PT SMI), a unit under Indonesia’s finance ministry which finances infrastructure projects, has been appointed to manage the ETM and develop a financing and investment framework.

The Indonesian government has identified more than 15 gigawatts (GW) of coal-fired power plants for early retirement, the first step on a long road to transition from fossil fuels to clean energy.

The governing board of the Climate Investment Funds recently endorsed in principle $500 million of highly concessional funds to Indonesia.

These funds will mobilise more than US$4 billion of financing to accelerate the retirement of up to 2 GW from a shortlist of coal-fired power plants, helping to reduce an estimated 50 million tonnes of carbon dioxide emissions by 2030 and 160 million tonnes by 2040.

Previously, PT SMI and PT Perusahaan Listrik Negara (PLN), the Indonesian state electricity company, also signed an MOU to develop a financing and investment scheme with regard to the early retirement of coal-fired power plants conducted by PLN as the key stakeholders of the ETM.

Both organisations said they have begun discussions for this early retirement of 1.68 GW coal fired power plants owned by PLN where obtaining the most competitive cost of capital is a key factor.

At the G20 summit, ADB also signed an MOU with PT PLN, Cirebon Electric Power, and the Indonesian Investment Authority (INA) to begin discussions for the accelerated retirement of Cirebon-1, a 660 megawatt coal-fired power plant in West Java.

INA is working on a pipeline of potential private sector transactions totalling 1.5 GW, which includes Cirebon-1, it said.