Flying less, recycling your plastic or going vegan barely make a dent in the climate challenge, says the author of a controversial new book. What's needed is an end to fossil fuel subsidies and a cost attached to environmental destruction.

Individual action to curb your carbon footprint barely makes a dent in the struggle against climate change, according to the Singapore-based author of a controversial new book on the climate crisis.

Speaking at an event to launch his book, Saving the Planet Without the Bullshit, Lebanese-British investment banker turned clean energy entrepreneur Assaad Razzouk said that while individual efforts to be eco-friendly are important from a moral perspective, they make little actual difference – and may even exacerbate the problem in some cases, for instance, buying carbon offsets.

Going vegan or recycling your plastic might make you feel better about your carbon footprint, but the real-world impact of individual lifestyle tweaks is dwarfed by the levers that governments have at their disposal to rein in climate-wrecking greenhouse gas emissions, such as scrapping fossil fuel subsidies, he said.

In his book, Razzouk argues that what is needed is systemic change, particularly to the energy system, which is responsible for 89 per cent of man-made emissions. Ending fossil fuel subsidies, which amount to US$11 million a minute “to burn our planet faster”, would cut global emissions by a third, he pointed out.

As citizen consumers, we are scraping together mere pennies reducing, reusing and recycling, while oil companies burn hundred-dollar bills.

Assaad Razzouk, author, Saving the Planet Without the Bullshit: What They Don’t Tell You About the Climate Crisis

There is so much information available on how to curtail an individual’s carbon footprint, much of it funded by fossil fuels propagandists, that the most impactful ways to tackle the climate crisis are “lost in translation”, Razzouk told his audience at the Lee Kuan Yew School of Public Policy in Singapore on Friday.

”We should fly without guilt, not because flying is not harmful [to the planet] but because the responsibility to fix it [the climate impact of aviation] is not ours,” he said, noting that jet fuel is not taxed in many countries. “People in the Global South want to fly more, and who are we to tell them not to?” 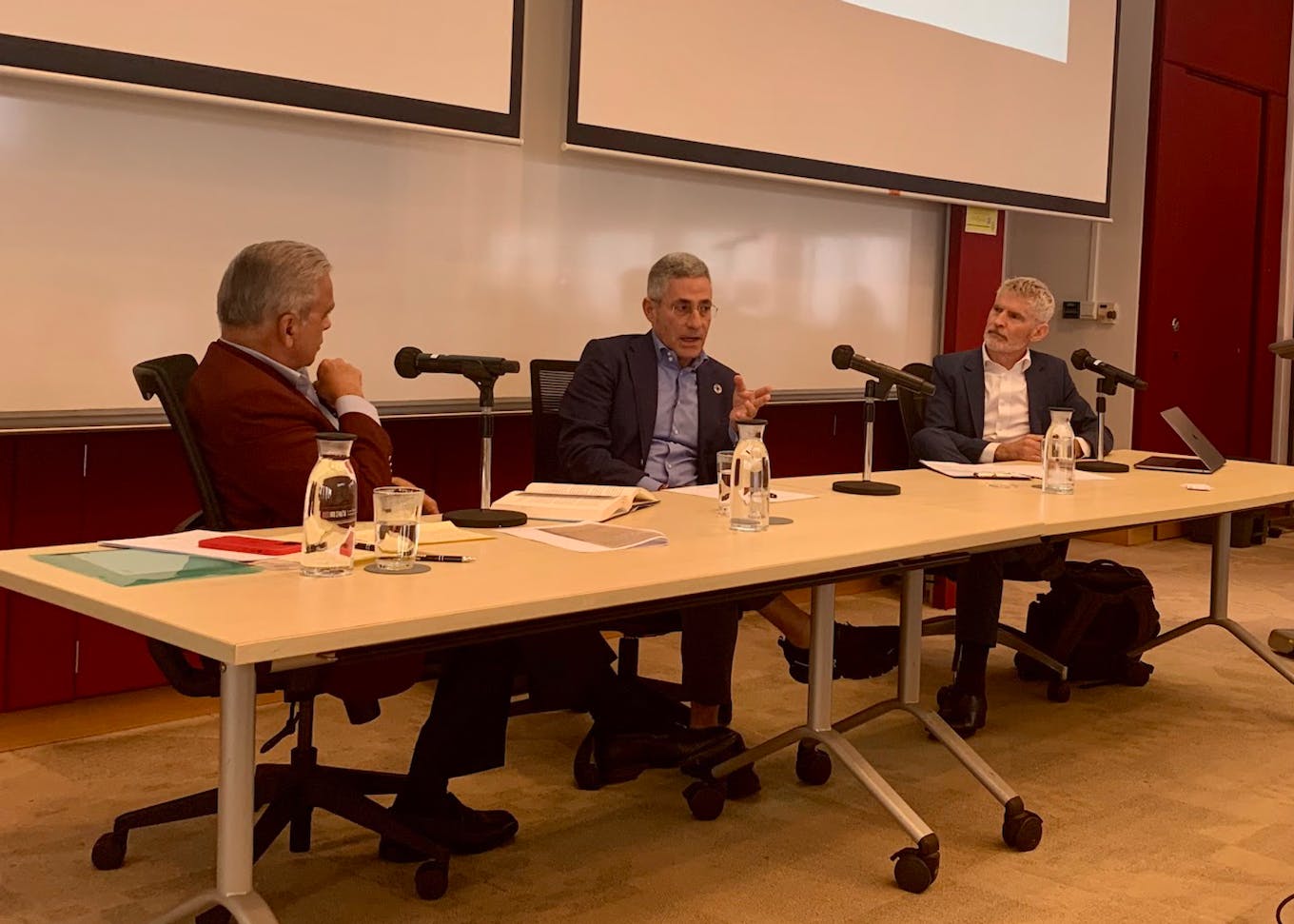 “The problem with trying to do the right thing is you need to differentiate between the relative impact of your actions,” said Razzouk, who argues that consumers should never buy carbon offsets for anything, from flights to fuel, because doing so enforces the notion that the climate crisis is the fault of individuals, not fossil fuels firms.

The concept of a personal carbon footprint was popularised by an advertising campaign by British oil company BP in 2003, “because the company wanted to shift responsibility on to consumers”, Razzouk wrote.

Shell, which Razzouk noted has famously known about the climate impact of burning its products for more than three decades, tried this tactic in 2020 with a social media campaign that asked the public: “What are you willing to do to help reduce emissions?”

“As individuals, we shouldn’t have a carbon footprint to begin with. The only reason we do is because of ineffective government action, obfuscation by Big Oil and collusion by corporations over at least four decades,” Razzouk wrote.

The vast funds fossil fuel majors have to influence policy have diverted attention from climate action, Razzouk contended. “Oil and gas companies have been making US$2.8 billion in profit every day for 40 years. Imagine the amount of influence that this kind of money buys. Then use your imagination about why we [governments] subsidise things that are killing us.”

Razzouk noted that fossil fuel firms ExxonMobil, Shell, TotalEnergies, Chevron and BP have spent US$200 million a year lobbying for the expansion of fossil fuel operations since the Paris Agreement on climate change in 2015.

The real levers of climate action

For real change to happen, Razzouk argues that a clearer focus is needed on the biggest climate culprits – fossil fuels companies. He said lessons can be drawn from a campaign that focused on Big Pharma in the 1980s and 1990s, which eventually made treatment for AIDS sufferers affordable and widely available, driven by the argument that these drugs were essential for life.

Two-thirds of all the greenhouse gases that have been produced since the industrial revolution have been emitted by just 90 companies, most of them oil, gas and coal firms which “have been frying the planet pretty much on their own”, Razzouk noted.

These companies should no longer be granted access to cheap capital and investors should factor climate-related risks into their investments to enable more money to flow from fossil fuels to clean alternatives, he argued.

“The climate movement is bumbling and stumbling because it has far too many targets and is fighting too many battles at the same time,” Razzouk wrote, noting that if the “nasty ninety” corporations are forced to change, “everything else will follow.”

Razzouk pointed to Germany’s national net-zero target as an example of how quickly climate action can happen at scale, given the right levers. In April 2021, after the German government was sued by youth activists, the constitutional court ordered the climate target to be brought forward, declaring that the original goal placed the burden of reducing emissions on younger generations.

“They’d been arguing for 10 years that it [decarbonisation] could not be done. And suddenly, in just two weeks, it could be done. It was a classic example of protests combined with lawsuits combined with the result of top-down action, which resulted in systemic change,” he said.