With the sustainability of palm oil under growing scrutiny, Singapore-headquartered firm Musim Mas Group offers a way forward with its training programme for smallholders in Indonesia. 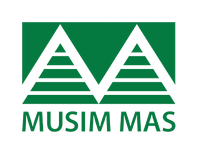 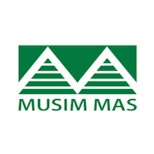 With the fight against climate change gaining new urgency across the world, more companies and governments have been taking a hard look at the environmental impact of palm oil, one of the most widely used ingredients in products ranging from cosmetics and packaged foods to detergents and cooking oils.

Over 80 per cent of palm oil originates from Malaysia and Indonesia, where its cultivation has led to vast deforestation and carbon emissions, and been linked to other problems such as infringement of land rights and forced labour.

While some countries such as Belgium and Sri Lanka plan to reduce their use of palm oil via import bans and other means, others are considering regulations that would improve supply chains’ transparency, encouraging ethical and sustainable sourcing of the commodity.

Several palm oil companies have also ramped up efforts to promote sustainable agricultural practices, especially among smallholders – those with less than 50 hectares of planted palm oil – who make up about 40 per cent of global palm oil production.

Musim Mas, one of the industry’s largest players, is expanding a smallholder programme in Indonesia. “We’re aiming to be a responsible leader in the palm oil industry’s evolution, by working with stakeholders to address concerns from greenhouse gas emissions to loss of biodiversity and labour and human rights,” said Rob Nicholls, Musim Mas’s general manager of programmes and projects.

Part of our work is to show independent smallholders that sustainability doesn’t necessarily mean expensive costs, and can in fact reduce costs.

Between 2015 and 2020, Musim Mas collaborated with the World Bank Group’s International Finance Corporation on an Indonesian Palm Oil Development for Smallholders programme to provide independent smallholders in North Sumatra and Riau with agronomic training, access to financial aid and global markets, and other support.

Unlike scheme smallholders who have business ties with firms, independent ones usually lack such training and resources, resulting in lower sustainability, productivity and profitability. IFC has found that in Indonesia, for example, independent smallholders’ yield is significantly lower than that of company plantations.

In 2017, Musim Mas also introduced an Extension Services Programme to assist independent smallholders that sell palm oil to its third-party suppliers. “We used a lot of the same modules from Musim Mas programme, including lessons on safe and effective use of chemicals, field upkeep, how to apply manure to land, and more,” said Nicholls.

Musim Mas’s latest initiative, which it is currently implementing, are Smallholder Hubs where palm oil firms can share expertise and resources to train independent smallholders. Musim Mas is also partnering with local governments, including village extension officers who are tasked with helping farmers, and independent farmer groups.

“We train the officers on good agricultural practices, financial literacy and other components of sustainability, including commitments to no deforestation, no development on peatland and no exploitation. We also go with the officers into the field to set up training courses for independent smallholders,” explained Nicholls.

Some smallholders may be applying fertilisers incorrectly, such as using urea during monsoon seasons, when it is likely to be washed away during storms, wasted, and pollute water bodies.

“Some farmers also spray their entire plantation with chemicals, but all that does is spur soil erosion and decrease yields. When we teach them how to spray a one-metre-wide path in between every second row, and a circle at the base of each oil palm tree, it drastically reduces their chemical use and costs, and increases their productivity,” Nicholls said.

He added: “When smallholders prune their trees, they can lay the fronds on the ground to rot and act as fertiliser. This also reduces soil erosion. They can also improve their production by maintaining healthy tree foliage. These are things that we can teach to empower smallholders to be more sustainable.”

As of April, the smallholder training programme has reached 37,206 farmers with a combined land area of 72,711 hectares. Nicholls said that tracking the programme’s outcomes has been challenging, since smallholders are often reluctant to share information on their yields, sales and earnings, but anecdotal results have been encouraging.

Heddi Munthe, a smallholder in North Sumatra, increased her plantation’s yield by nearly 87 per cent after adopting more effective fertilisation and other sustainable practices she learned during the programme. “The trainers also gave us flower seedlings to attract insects to tackle leaf-eating caterpillars,” she said.

“During our training, we also realised that we all don’t have enough money to buy fertilisers. The trainers advised us on how to set up a microfinancing system that enables each of us to fertilise our plantations on time,” she continued.

Simanjuntak noted that Musim Mas helps independent smallholders to secure loans or subsidies if they need help to adopt sustainable practices, or to tide over replanting periods when they have less income.

Musim Mas is planning to add more modules to its training programme, such as lessons on crop diversification. “We’re also investing in gender inclusiveness. We’ve started to employ more young women as field assistants to do the training, partly because they tend to resonate better with female smallholders,” said Nicholls.

Musim Mas will continue to expand and refine its training programme to meet smallholders’ needs. Nicholls stressed: “Any effort to boost smallholders’ sustainability must also improve their livelihoods. We must treat smallholders as operating businesses.”

“Smallholders are key to the palm oil industry’s sustainability, and we will keep working with them, as well as local governments and other stakeholders, to scale up our programme and achieve a much bigger impact,” he said.

Can a palm oil company have social impact?

With issues such as child labour and forced labour making headlines, palm oil companies are realising that more needs to be done to protect their workforces and their families.
Can a palm oil company have social impact?

Indonesia's largest palm oil exporter has just launched a new sustainability policy. Musim Mas's director of sustainable supply chains Olivier Tichit tells Eco-Business about the challenges of bringing the policy to life, and what needs to be done to weed deforestation out of the industry.
The missing link in palm oil sustainability is trust: Musim Mas supply chain chief Olivier Tichit