There are few animals that incite fear in people as much as sharks.

But a unique service has emerged in Australia that is trying to dispel, or at least lessen, the natural human fear of a predator that is less likely to kill people than a falling vending machine, a bolt of lightning or a flying champagne cork. 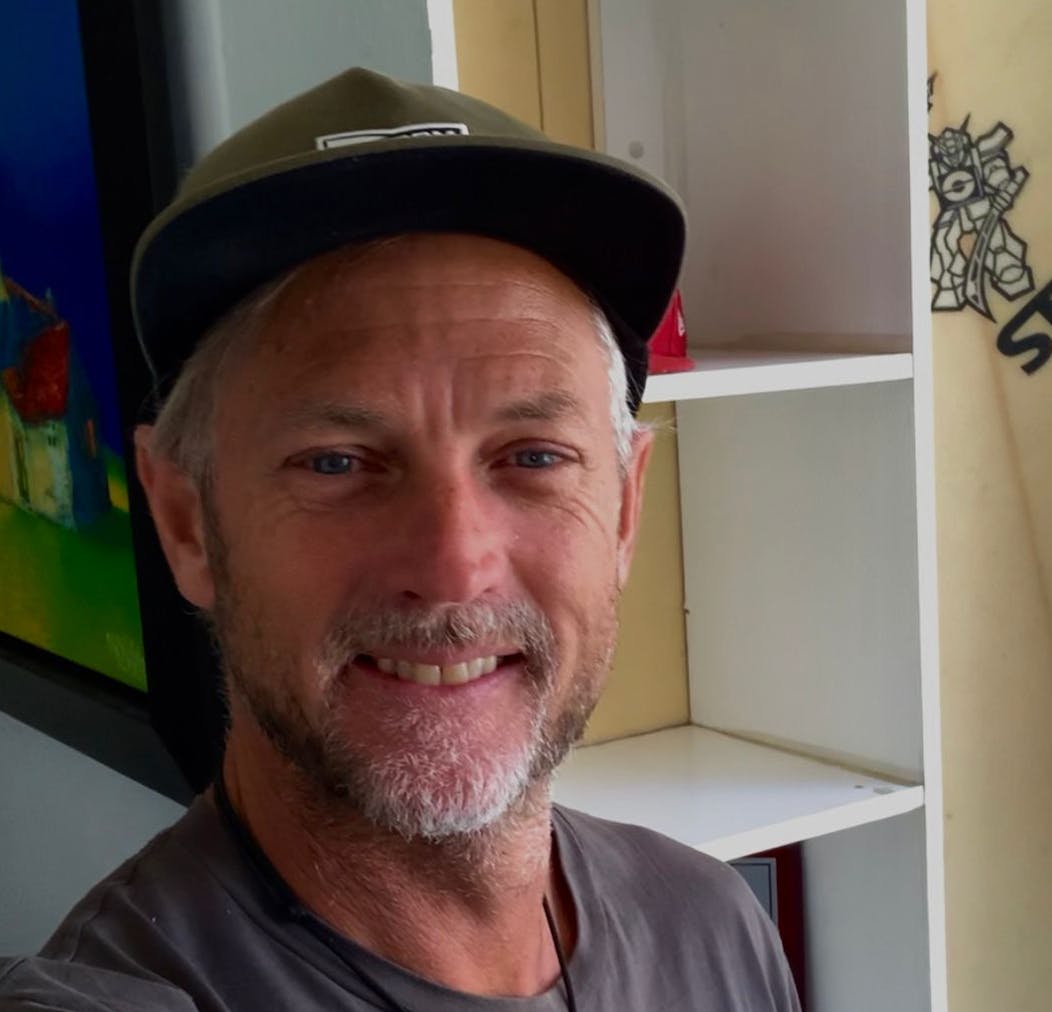 The service, called Drone Shark App, scours the Sydney shoreline for sharks with a drone, and warns surfers, swimmers and the lifeguard if they get too close for comfort. Since launching four years ago, the drone’s footage has revealed that sharks aren’t particularly interested in surfers and swimmers. More often than not, they are more scared of humans.

“When I first started filming sharks, I would see one and yell at everyone to get out of the water. But I soon noticed that sharks were just swimming past people and heading for schools of fish. They really weren’t interested in people,” said Jason Iggleden, the man behind Drone Shark App.

This video was taken in 2019, when a Great White Shark was spotted by Iggleden’s drone just off Tamarama Beach, one kilometre south of Bondi Beach, in eastern Sydney. The sighting resulted in the water being evacuated.

But most of Iggleden’s drone videos, which have amassed millions of views on YouTube, Instagram and Facebook, depict marine life as a breathtaking show, to be admired rather than feared. The app has helped to create curiosity, with surfers and paddleboarders often swimming towards the more docile species like grey nurse sharks. “A lot of the fear has now gone,” says Iggleden.

This video shows bathers swimming near a grey nurse shark, and the shark ignoring them.

In this video a curious bronze whaler shark approached a surfer, who acknowledged the warning from the Drone Shark App, but carried on surfing.

A builder by trade, Iggleden sold almost everything he owned to buy the equipment he needed to set up Drone Shark App after his wife died. “I wanted to find a purpose in life. I’d lost my wife to cancer, and my kids had anxiety and depression. I wanted to do something to help people, and create something that people would love,” he told Eco-Business.

In this interview, Iggleden talks about why people shouldn’t be so afraid of sharks, efforts to conserve them, and the healing power of nature.

Why are people so afraid of sharks?

How can the fear of sharks be alleviated?

The drone view and seeing sharks from the air. A lot of the fear has come from not being able to see what lies beneath. The drone allows us to see into their world, and how they behave. Knowledge lessens fear.

Why do you give names to the marine life you film?

It started with a seal I named Alex. When I was a kid, I used to think that the words to the Go Go’s song Our lips are sealed actually went ‘Alex the seal’. So when I saw the seal, I sung Alex the seal, hence his name. From then, I named Norman the grey nurse shark, Raymond the stingray, Wally the wobbegong, and so on. They’ve become characters in a marine life show, and names help people related to these animals. It also helps bring them to life for children. A goal of mine is to give talks in schools. My children have suffered with anxiety and depression, and I want to help kids believe in themselves, and not let fear and doubt stop them from following their dreams.

How many sharks do you see off Sydney’s coast?

It depends on the salmon. If the salmon are around, and the water is clear, you can sometimes see six or seven sharks hunting that school. I’ve seen grey nurse sharks, makos and great whites attack the salmon, which also attracts dolphins and seals.

This video shows a pod of dolphins hunting salmon off Bondi Beach.

In this video, a great white shark eats a fish before it is pursued by a large school of salmon.

What have you learned from four years of filming sharks?

That they’re not really interested in us. I used to think that if you’re in the water and there’s a great white, it would come straight for you. But over time I’ve found out that this just isn’t true. I’ve seen great whites cruise by surfers and just ignore them. I have copped a bit of flak on social media for supposedly setting a bad example by going surfing where there are great whites. But I wanted to show people that they’re not the kiling machines that they’re made out to be.

This video, of a bull shark approaching a pod of dolphins, flies against the belief that sharks are not to be found where there are dolphins.

What’s the most amazing thing you’ve filmed to date?

Besides the footage of great whites, which is always amazing, a two and a half metre sun fish was a rare sight in the Bondi Beach area. A school of cownose rays was my first video to go viral.

Do you worry about putting a sharks’ lives in danger, telling people where they are and alerting fishermen to their whereabouts?

I have copped a bit of flak from shark conservation people. But they use chum to attract sharks or go down in cages to film them, whereas I’m just a guy with a drone.

How worried are you about the future for sharks, and do you think that conservation efforts are working?

We need to get rid of shark nets [in 2019, 284 animals were killed in shark nets in New South Wales, including dolphins, turtles, rays and critically endangered grey nurse sharks]. We don’t need them, because we have drones. Commercial fishing is a bigger issue, and I don’t think it’ll ever stop it, because there’s so much money involved. We need to cut down out on fish in the diet. I’ve cut down on my fish intake, but it’s a hard one. Everyone loves eating fish. I get inflammation from working in construction all my life, and fish in the diet helps to reduce it.