Heineken raises the bar on water sustainability in Asia Pacific

Few beer drinkers may know this, but a pint of the humble brew takes far more than a pint of water to produce. In fact, breweries may take between three and six litres of water to make a litre of beer – and that is not even counting the water used to grow barley and hops, says a study released earlier this year by industry body Beverage Industry Environmental (BIE) Roundtable.

In an effort to cut back on its water consumption, brewery giant Heineken - which produces iconic local and global beers like Tiger, Heineken and Bintang - began putting in place water management measures such as wastewater treatment and water-efficient technology across its Asia-Pacific sites as far back as 1993, at a brewery in Ho Chi Minh City.

Going a step further, the Dutch brewer has been giving back to the community with water stewardship projects in Indonesia, which it hopes will help ensure water supply for years to come and improve the sustainability of its breweries.

In recognition of its sustainability efforts in Asia Pacific, Heineken received the Water Management award at the Sustainable Business Awards Singapore 2014, in a ceremony held in November at Marina Bay Sands.

The inaugural Singapore awards by global advisory firm PriceWaterhouseCoopers and events firm Global Initiatives aim to recognise firms that integrate sustainable practices into their long-term strategy. Other winners included Unilever Asia, which won for supply chain management, and Singapore property developer City Developments Limited, which won for its environmental disclosure, among others.

Heineken Asia Pacific senior regional supply chain director Henricus van Dort tells Eco-Business in a recent interview that the firm aims to get its water use down to 3.7 litres per litre of beer from the current 4 litres by 2017, earlier than an original 2020 target.

The industry average has been reported to be between five and seven litres, while the BIE Roundtable benchmarking survey respondents used an average of 3.8 litres. 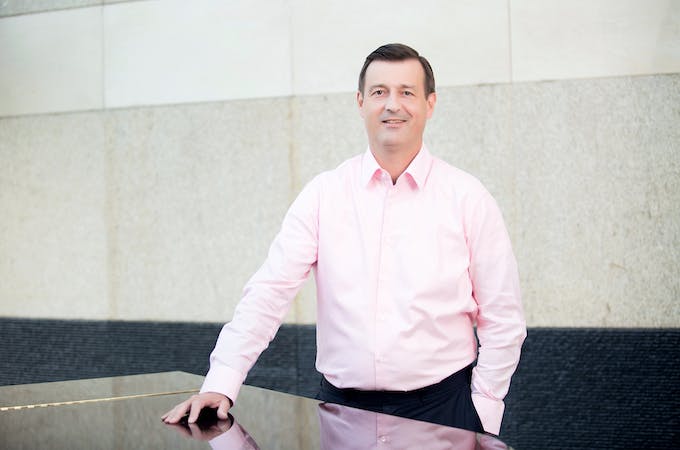 “If we have to rate, water is a top priority,” says van Dort. By comparing all 165 or so of its breweries around the globe, Heineken can tell which measures have the most impact, and what the best-performing breweries can do.

For instance, it realised that tanks need to be washed for just 45 seconds rather than hosed down for two entire minutes, more than halving the water needed. And by changing the nozzles on its bottle-washing machines, it saves half the water and gets bottles just as clean, he adds.

He also notes that some of Heineken’s locations have become water-stressed after breweries were established many years ago. In these instances, the company has gone beyond its own operations to help manage the community’s water supply.

Its Bintang brand, for example, established two breweries: one at Tangerang in Indonesia about 40 years ago, and one at Sampang Agung in 1997 to replace a brewery built in Surabaya in 1929. Today, however, the development of greater Jakarta means both areas are now water-scarce.

So Heineken installed ‘biopori’ holes in the surrounding community – narrow, metre-deep chutes dug into the soil which are filled with vegetable scraps and other compost material. These help slow rainwater runoff and alleviate flooding, says van Dort, adding that the effectiveness of these relatively new measures will be monitored over time.

Both sites have also completed a Source Water Vulnerability Assessment and are currently preparing a Source Water Protection Plan to mitigate risks, engage stakeholders and redress water balance. Extensive stakeholder maps for each have been developed to address key water risks.

“In that sense, doing good while doing things that are good for business is truly a win-win,” van Dort adds.

Besides water management, Heineken has also committed to cutting its carbon emissions by 40 per cent from its 2008 levels by 2020 as part of a sustainability strategy it rolled out in 2008 called Brewing a Better Future.

To get there, the firm is burning biomass – rice husks or wood waste from local sources – for heat, or using waste sludge to generate biogas to produce heat used in brewing.

In Singapore, where it has its Asia Pacific headquarters, the firm plans to install solar panels in 2015 at its brewery in Tuas, which will help meet about 20 per cent of the facility’s energy needs.

In October, Heineken Asia Pacific released its sustainability report highlighting these and its other sustainability targets and measures, such as promoting responsible alcohol consumption.

Typically companies take action to get their own houses in order first, meaning they are becoming more water efficient, and they are managing their wastewater better. However, once they do this, they’re realizing that some of those water-related risks can’t be effectively tackled through just their own action.

In 2013, its sustainability reporting was named ‘Best Sustainability Report’ at the Association of Chartered Certified Accountants Singapore awards.

Roland Pirmez, Heineken’s president of Asia Pacific, shares in the report that sustainability has been built into the performance targets of the firm’s senior managers, and that its strategy focuses on four areas – protecting water resources, reducing carbon dioxide emissions, sourcing sustainably and advocating responsible consumption.

“This focus allows us to engage meaningfully with stakeholders to stimulate fresh ideas and ways of thinking, to positively make a difference to our business and our society,” he says.

As the firm expands in the region, it also “has the opportunity to use the most water and energy efficient technology available”, adds van Dort.

Heineken’s initiatives are a reflection of how firms are beginning to realise the importance of managing their water risks, as well as those in their surrounding environment.

Colombian cement firm Cemex, for example, has designed a water re-use system with its neighbour, ice cream factory Meals de Colombia in Bogota. It bought the latter’s waste water for re-use in cement production, reducing competition for the local water supply and cutting out the need for waste water disposal. As a bonus, both firms also saved money.

Both L’Oreal and Cemex received awards for corporate water stewardship in 2013 in a ceremony organised by UK-based trade publication Global Water Intelligence.

Such stewardship is a growing trend, says Mai-Lan Ha, a senior research associate at the Pacific Institute, a US-based environmental sustainability think-tank which focuses on water issues.

“Typically companies take action to get their own houses in order first, meaning they are becoming more water efficient, and they are managing their wastewater better. However, once they do this, they’re realizing that some of those water-related risks can’t be effectively tackled through just their own action,” she observes.

In water-scarce Bangladesh, for example, NGOs, companies and the Netherlands government, which gave US$5.6 million in funding, have been working together since January 2013 to lower water use and cut groundwater pollution by textile mills in the country, which improves the water supply and health of surrounding communities. These mills supply fabrics to textile buyers and retailers like H&M and the Inditex group.

Ha notes: “There is increasing awareness that water is a major risk issue and therefore companies need to take a proactive role in responding to those identified risks.

“They are understanding the environmental and social components of water and the impacts that their actions have on their surroundings.”