Workers from Indonesia’s decimated tourism and hospitality sector have taken on new jobs created to clean the archipelago’s plastic-littered beaches.

On Bintan island, usually a popular destination for Singaporean holidaymakers, furloughed workers have been hired by ocean clean-up and plastic offsetting firm Seven Clean Seas to comb the beaches for litter. The workers, which have been hired on a weekly contract basis, are being paid the same daily rate as their usual jobs, plus 25 per cent extra if they collect 25 kilograms of plastic.

Indonesia’s tourism and hospitality sector, which employs 9 per cent of the country’s workforce and contributes to 4 per cent of the economy, has been hit hard by the Covid-19 pandemic. Tourism numbers are expected to drop from 16 million visitors in 2019 to five million this year, the sector is set to lose US$10 billion in revenue and hundreds of thousands of formal and informal hospitality workers have lost their jobs.

The pandemic has also spelled bad news for the world’s oceans. Plastic pollution is believed to have worsened as a result of increased consumption of disposable personal protective equipment and packaging from online deliveries, and the lifting of bans on single-use plastic.

Indonesia has a particularly acute plastic pollution problem. Trash is routinely is discarded into waterways, and the country’s under-resourced and overstretched rubbish collection services have been hit by coronavirus mitigation measures, and the country’s large informal waste sector has all but been wiped out by the decline of the recycling industry. 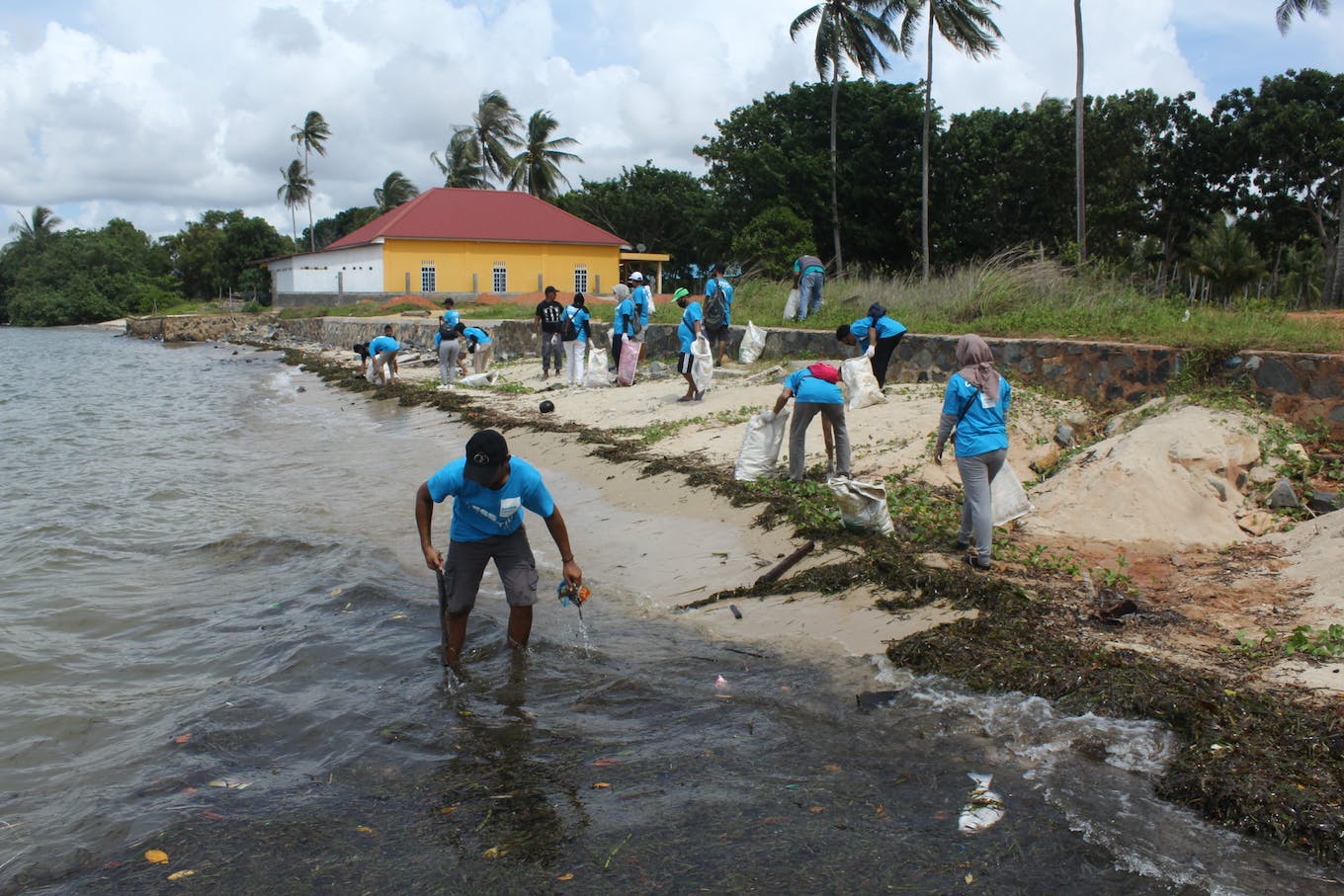 A team of 22 furloughed hospitality workers clean beaches off the coast of Bintan. Image: Mahendra Bimasakti and Aditya Hilman

The most commonly collected items were plastic bags and diapers. Discarded fishing nets and lines and plastic drink bottles were the next most common, followed by food packaging and drinking straws and stirrers.

Bima, a 34-year-old employee of Nikoi Island, a private island resort off the coast of Bintan, said the exercise was an eye-opener. “I felt somewhat responsible after seeing so much plastic waste on our beach. The clean-up was educational, and I now want to do more to tackle plastic pollution.” 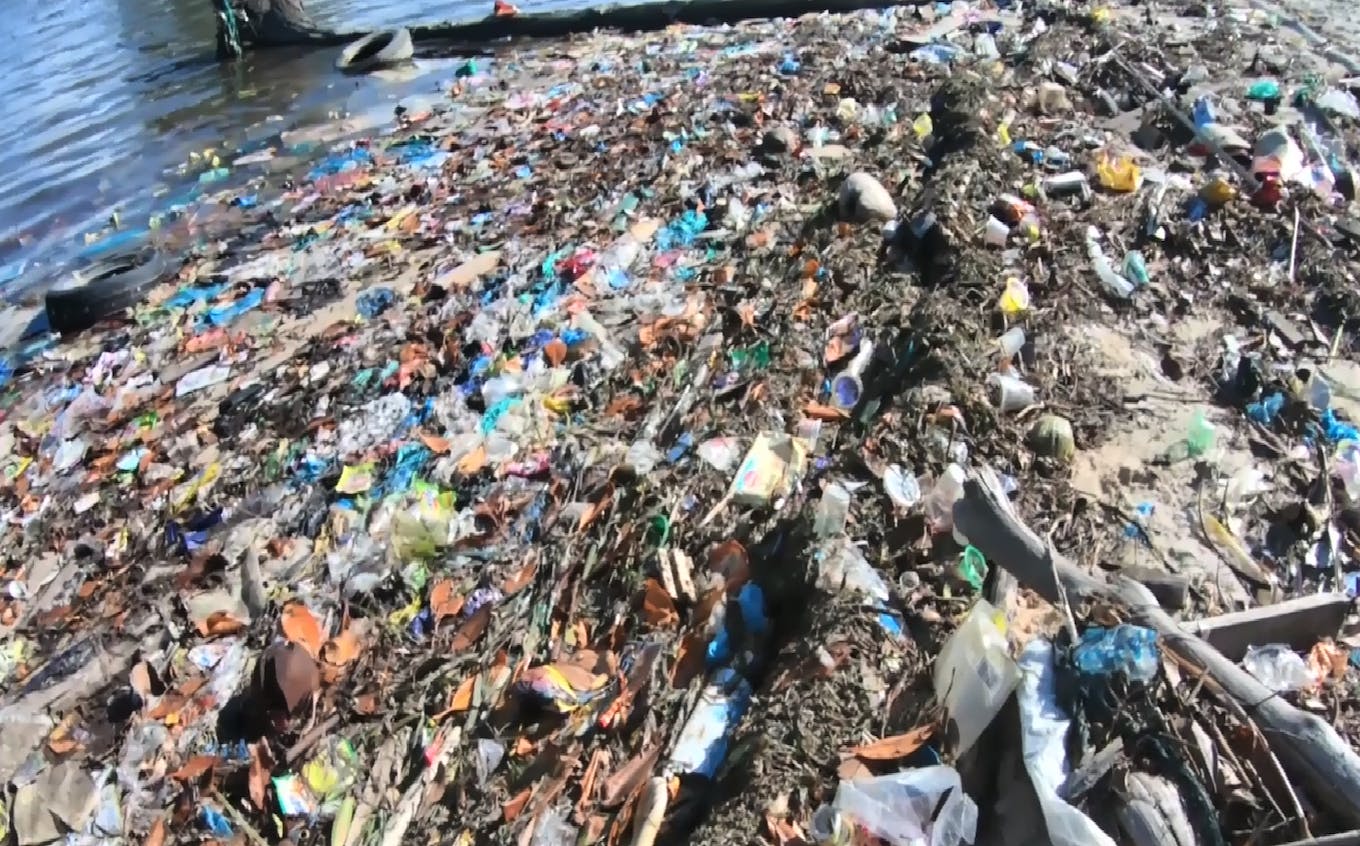 Trash on the beach in Bintan prior to the collection effort. Image: Mahendra Bimasakti and Aditya Hilman

Panji, a 40-year-old operations manager who previously worked on the island of Cempedak, said he has been involved in beach clean-ups since he was in high school, and wanted the activity to become a cool movement for young people living in coastal communities.

Tom Peacock-Nazil, founder of Seven Clean Seas, noted that the collected plastic will contribute to the plastic offsetting schemes Seven Clean Seas has had to put on hold since Covid-19 movement restrictions were introduced. Corporates pay the firm to offset the plastic they use through recovery schemes such as beach clean-ups, but opportunities to clean beaches have been limited during the pandemic. 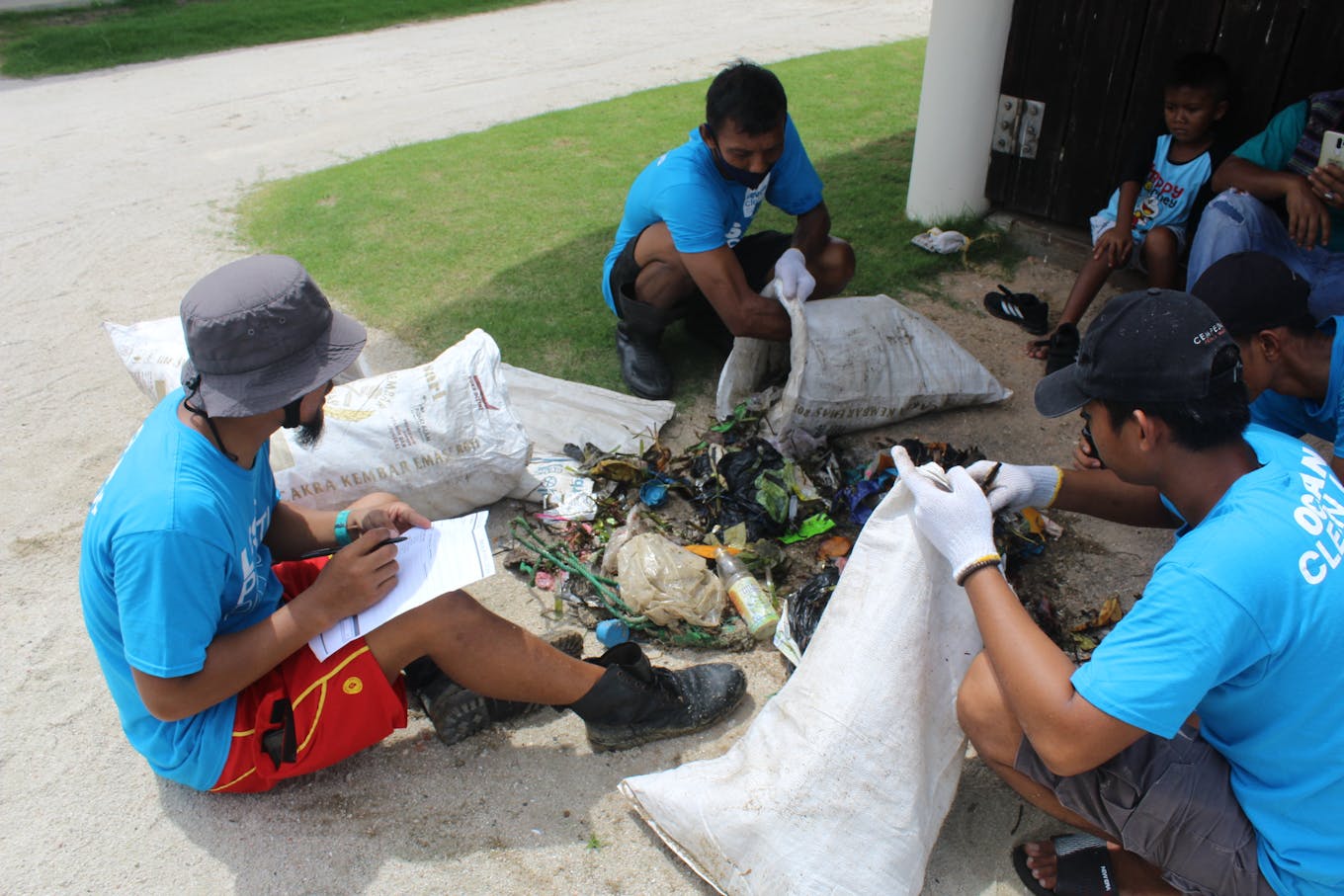 “Covid-19 has dealt a huge blow to Indonesia’s hospitality businesses, leaving many unemployed or furloughed for extended periods,” said Peacock-Nazil. “These communities often are very vulnerable without the ability to earn wages.”

“We have pre-existing plastic offsetting mandates that require us to continue recovering plastic from the marine environment. We saw an opportunity to solve two issues at once by offering employment to these communities to clean up and recover plastic from their own regional locations.”

Peacock-Nazil said he aims to scale up the initiative in Bintan and elsewhere in Southeast Asia by working in partnership with The Long Run, a sustainable tourism civic society group, and is seeking corporate partners.