With its new microgrid research programme in the city-state, the utility firm wants to pilot projects that will help shape the carbon-neutral cities, industries, and energy systems of the future.

On a small island south of Singapore, a green hydrogen-powered electric vehicle rolls past a solar farm leisurely soaking up the sun’s energy. Towering over the scene is Singapore’s tallest wind turbine, humming quietly as its blades rotate in a gentle, tropical breeze.

What sounds like the next weekend getaway for energy geeks is Singapore’s biggest microgrid at the nation’s Pulau Semakau landfill, commissioned this month by French multinational electric utility company Engie to demonstrate how to generate clean power from multiple sources and test energy-efficient industrial solutions in tropical conditions.

Technology plays a pivotal role in the fight against climate change. But despite the great strides that renewables have made in recent years, some low-carbon solutions needed to power the world’s industries sustainably while curbing energy use have yet to mature.

To fast-track the global transition to a carbon-neutral economy, research and development (R&D) efforts that can build new and better technologies as well as showcase how different solutions can work together and complement each other have, in other words, never been more critical.

The facility is backed by the Singapore Economic Development Board (EDB) and developed in collaboration with Nanyang Technological University and French electrical equipment maker Schneider Electric. Engie hopes the project will contribute to developing more local partnerships.

It joins two ongoing pilots that the company—which invests €190 million in energy research annually—runs in Singapore to study radiative cooling technology and the use of low-temperature, or cryogenic, liquids for energy storage.

Engie’s project is the biggest of the eight potential microgrids under the REIDS initiative, with three already in operation. Ultimately, the REIDS platform plans to interconnect all its decentralised networks to emulate a future distributed energy scenario. 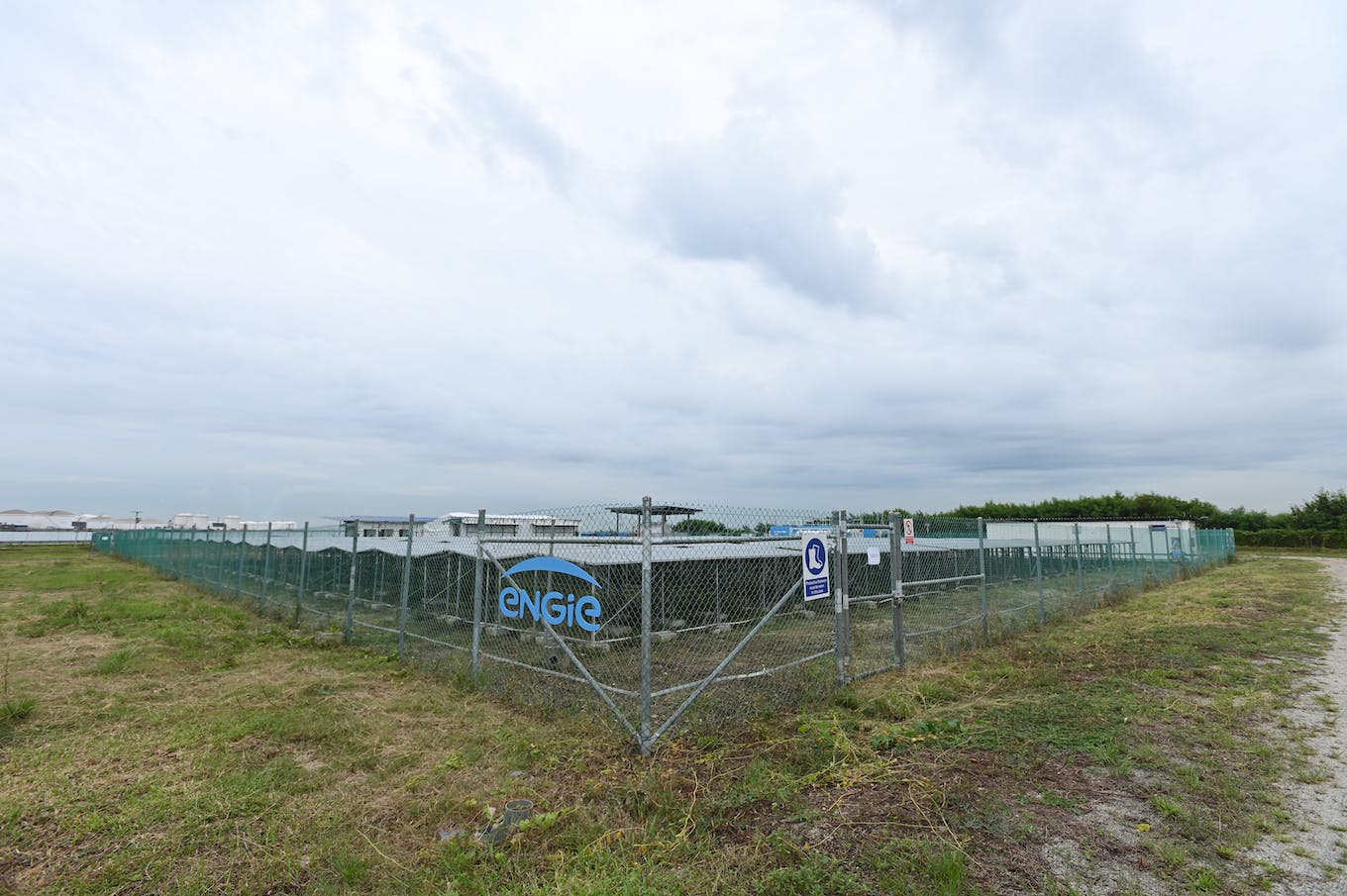 The 200 kilowatt-peak (KWp) solar farm at the REIDS-SPORE facility is the project’s main source of electricity. Image: Engie

Speaking at SIEW earlier this month, Loic Villocel, managing director of the ENGIE Lab Singapore, said the project arose from the need to improve green energy technologies and meet the world’s rapidly growing demand for electricity. “To make the global switch to clean energy a reality, investing in research and innovation to bring down costs and de-risk emerging technologies is key,” he said.

Across Southeast Asia, renewables are on the rise. Declining costs of key technologies, as well as concerns over emissions and air pollution, have begun to alter the balance of future additions to the region’s energy mix, with recent revisions to power development plans boosting the share of renewables, typically at the expense of coal.

Meanwhile, the bloc’s population boom, along with burgeoning incomes and economic growth, is forecast to send energy demand rising by 60 per cent by 2040, with some 45 million people still lacking access to electricity.

Experts say microgrids supported by storage solutions could not only help spur the deployment of renewables but also electrify rural areas faster. They are also often more affordable than centralised energy systems powered by fossil fuels and make more resilient power grids that can be quickly restored to functionality if damaged during a natural disaster.

Engie opened its Singapore lab in 2016 to act as a regional hub for energy innovation and technology, the same year it pledged to slash its direct emissions by 85 per cent by 2050 to align with the Paris Agreement’s objective of capping global warming at 2 degrees Celsius.

The REIDS-SPORE microgrid has been in the works ever since. Initially focused on smart grids, energy efficiency in industries, and smart cities, the company’s research in Singapore has expanded, adding new facilities to study energy-efficient cooling technologies and sustainable data centres.

The solutions needed to fight climate change are available today. The next step is to demonstrate through this platform that these technologies work.

The project features the tools that Engie believes will help the world innovate its way out of the climate crisis, including wind and solar technologies, an extensive battery storage system and an integrated green hydrogen facility encompassing the fuel’s production, storage, and usage.

Green power produced onsite is used to supply an artificial load, which can be programmed to emulate different end-users. Surplus electricity is funnelled into batteries or converted into hydrogen, storing it for later use, while the microgrid is also backed up with diesel generators.

“By testing them together, we can optimise how we design and operate tomorrow’s energy systems and build a concrete business case for investing in renewable technologies. And once they mature, we will be fully ready to scale them,” he said.

Green hydrogen—deemed the missing piece in the global clean energy puzzle—has gained global business momentum in recent years as experts emphasise its potential to overcome renewables’ intermittency challenges, but the investment and infrastructure needed for the technology to take off are currently lacking.

“In tomorrow’s energy market, hydrogen will play a key role in decarbonising heavy industry and various mobility sectors, but we need to push research on the topic to cut costs and accelerate adoption,” said Loic Villocel, managing director of the ENGIE Lab Singapore. 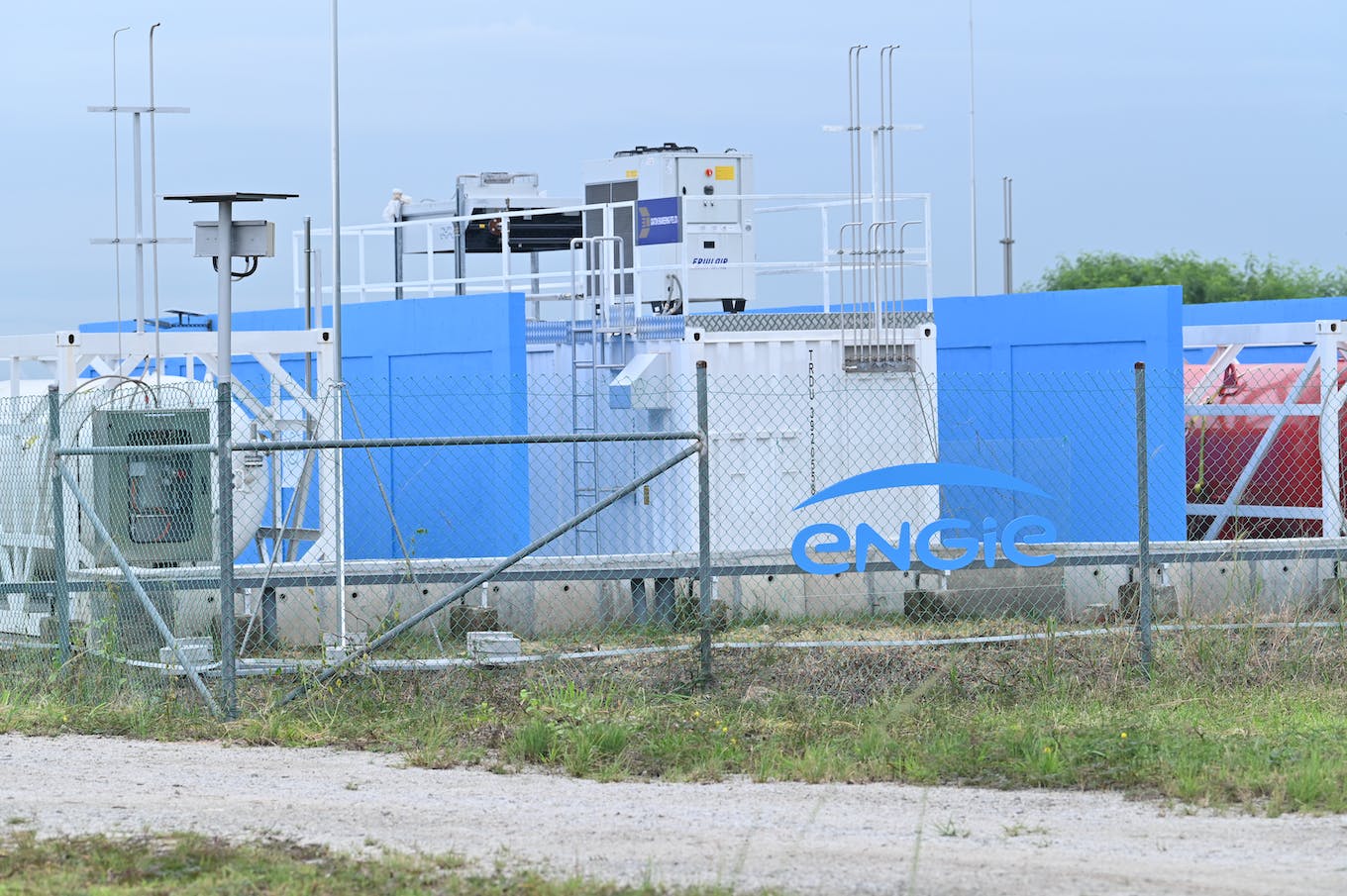 The latest additions to the REIDS-SPORE project will support Engie’s efforts to harness its cutting-edge technologies and research expertise to shrink the carbon footprint of two fast-growing, energy-guzzling industries—cooling and data centres—in the tropics and beyond.

Engie isn’t new to cooling solutions. In 2018, the firm announced an S$80 million (US$60 million) investment to set up its centre of expertise for district cooling in Singapore over a five-year period and build new and highly efficient cooling networks across the city-state and the Asia-Pacific region.

In March, Engie clinched a project for the design of a district cooling system that will serve Jurong Town Corporation (JTC), the Singapore Institute of Technology (SIT) and community facilities in Punggol Digital District, Singapore’s latest flagship business park slated for completion in 2023.

In collaboration with JTC, the company is also studying novel radiative cooling technology, which uses high-tech mirrors—or “skycool” panels—designed to cool buildings far more efficiently than traditional air-conditioning by harnessing a peculiar quirk of optics that allows a narrow band of radiation to escape into space.

Besides cooling, the data centre industry’s skyrocketing energy consumption has also moved into the limelight. Even as major tech giants like Google, Microsoft and Apple scramble to power their operations with 100 per cent renewable electricity, governments have begun to pass more stringent standards, piling pressure on operators to clean up their act.

The European Union, for instance, wants to mandate data centres to become more energy-efficient and carbon-neutral by 2030, while Singapore, where data facilities account for 7 per cent of total energy usage, imposed a moratorium on new data centres last year due to concerns over the industry’s carbon footprint.

The freeze, which could last until 2021, is understood to buy time for the government to reassess the market while allowing industry players to come up with new and more sustainable solutions.

Which is why Engie wants to develop energy-efficient data centre cooling techniques and heat recovery solutions to ensure the global digitalisation drive does not end up wrecking the climate.

Dr. Peng Xiao Yang, R&D programme manager at ENGIE Lab Singapore, and lead for the REIDS-SPORE initiative, said: “The energy transition is really about technology and people’s mindsets. The solutions needed to fight climate change are available today. The next step is to demonstrate through this platform that these technologies work.”

Find out more about how Engie’s REIDS-SPORE initiative wants to speed up the transition to clean energy in this video.