Remains of two large elephant bulls were discovered near Segama River, Kawag Forest Reserve in Sabah, 1,500 meters from each other.

Wildlife rescuers discovered the remains of the first Borneo elephant on December 27, and those of the second elephant — a sabre-tusked bull named Sabre — on New Year’s Eve. The two carcasses were found near Segama River, Kawag Forest Reserve, 1,500 meters from each other. Both had their tusks removed.

In a statement, teams from Danau Girang Field Centre (DGFC) and Wildlife Rescue Unit (WRU) said that they were “deeply saddened” by the slaughtering of the two wild elephant bulls.

“There are no words to express our sadness,” said Dr Pakeeyaraj Nagalingam, wildlife veterinarian from Wildlife Rescue Unit. “It looks like there is no safe place for elephants in Sabah anymore.”

Sabre had been rescued from a plantation near Tawau in October 2016. He was fitted with a satellite collar, and released into a forest near Danum where the teams believed he would be safe. “We were obviously wrong,” Benoit Goossens, Director of DGFC, said in the statement. 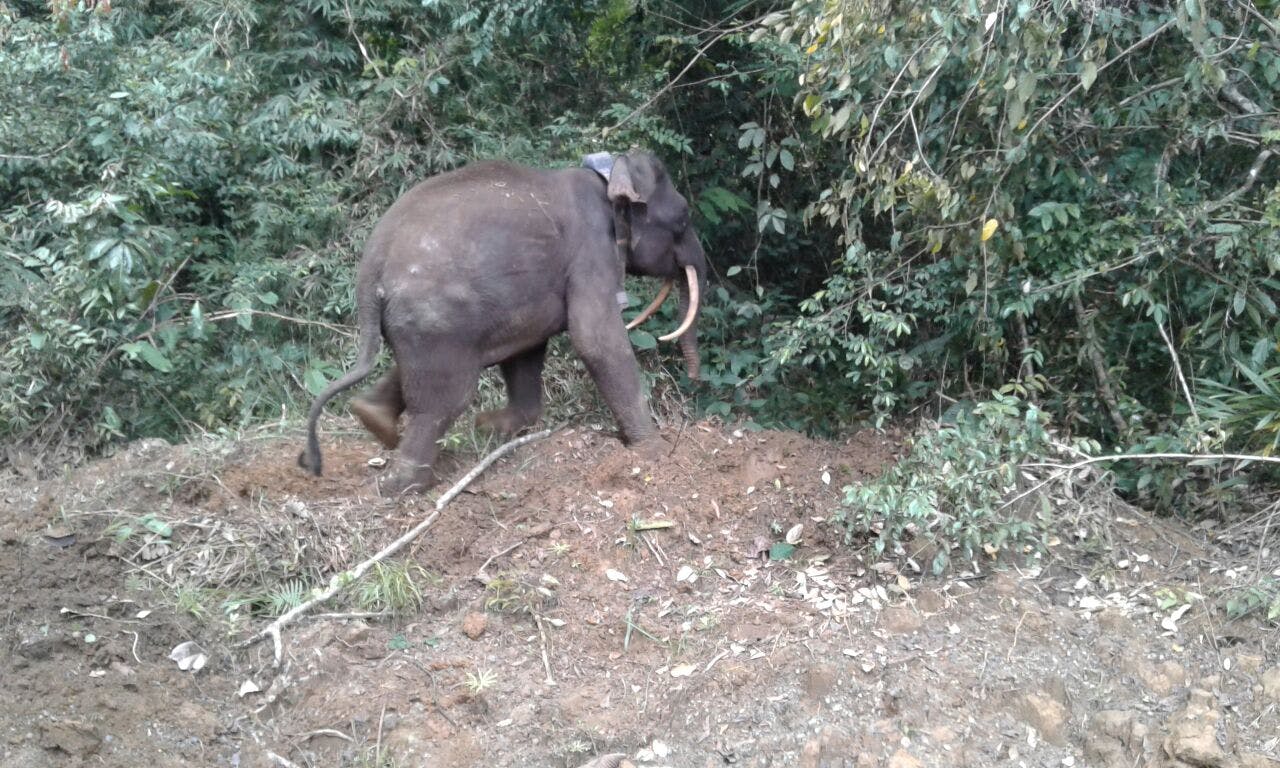 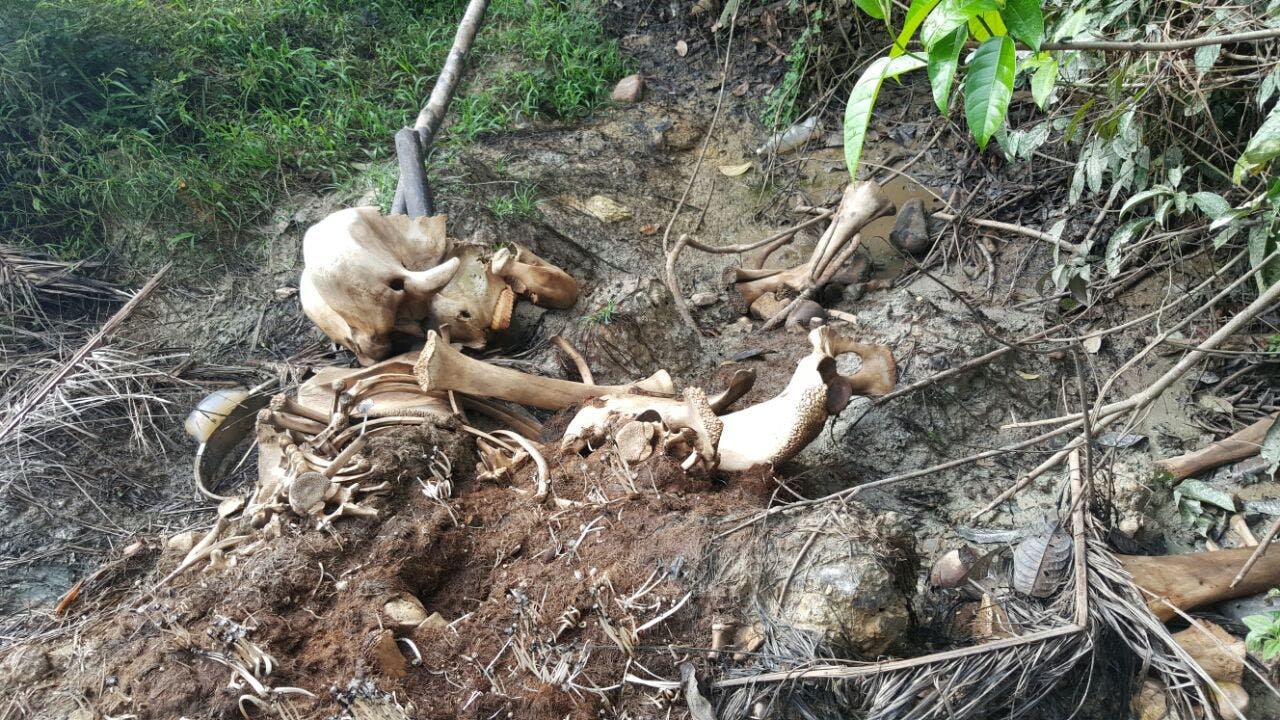 According to Sabre’s satellite collar, which the rescuers found next to his skull, the elephant was likely killed on 21 November 2016.

There are no words to express our sadness. It looks like there is no safe place for elephants in Sabah anymore.

“On the day China banned ivory trade, we get two of our precious elephants murdered for their ivory,” Goossens said. “We are ready to provide all necessary information to the investigators and to the police. I believe that this is the work of a professional hunter and trader.”

In October 2016, another third elephant carcass was discovered on the east coast Kinabatangan, according to The New Paper. This killing was reportedly not made public.

The Director of Sabah’s Wildlife Department, Augustine Tuuga, told The Star that they were working with the police to track the poachers. “We are gathering information about the poachers. We believe they were from outside the plantations,” he said.

Borneo elephants (Elephas maximus borneensis) are listed by the IUCN as Endangered. Estimates put these elephant numbers at 1,500 to 2,000, living almost entirely in Sabah. Borneo elephants are primarily threatened by habitat loss, which has been increasing conflicts with people. 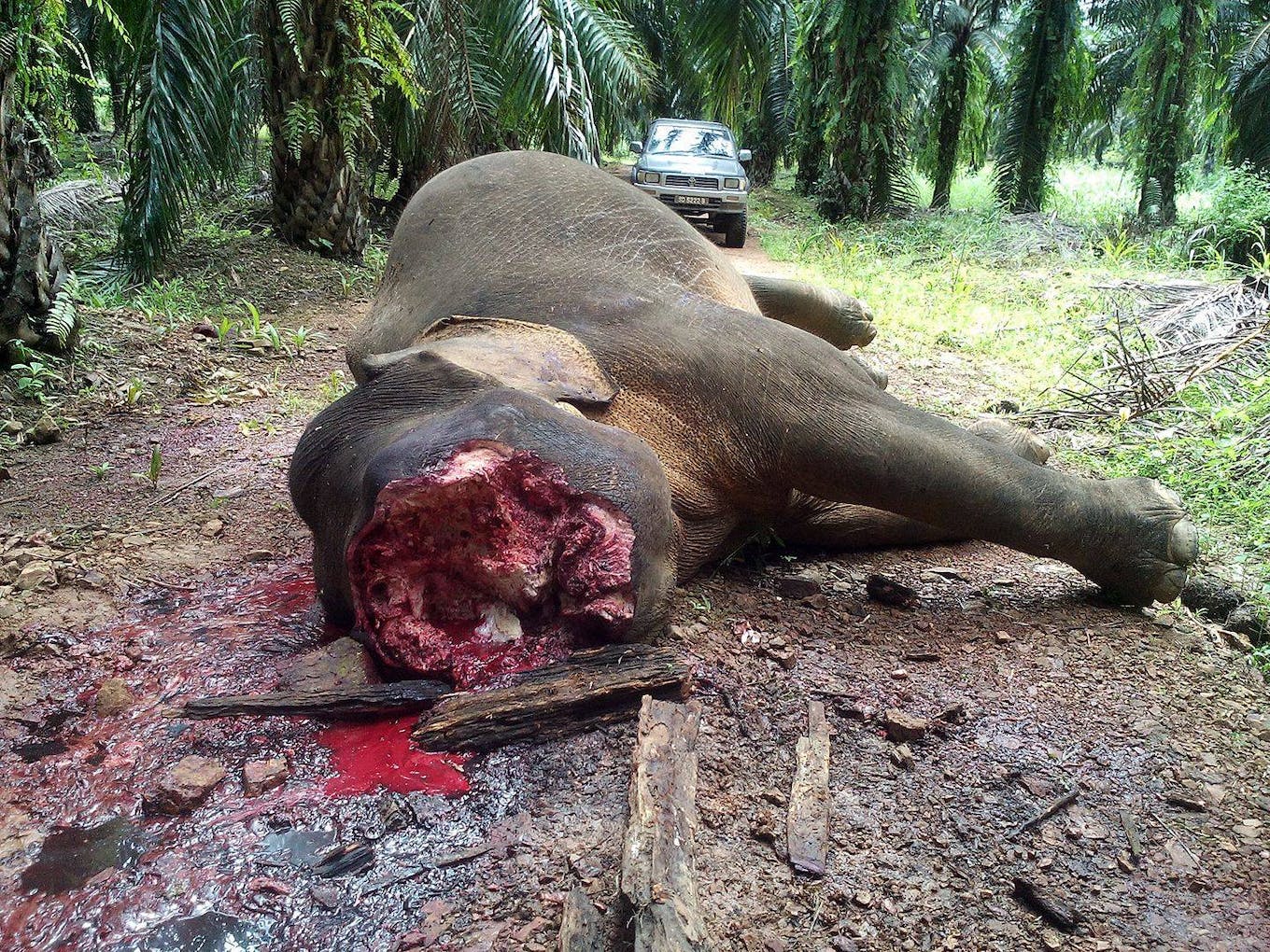 The other bull that was murdered more recently, about 1,500 meters from where Sabre was killed. Ivory was also removed. Photo courtesy of Danau Girang Field Centre and Wildlife Rescue Unit via Mongabay.com

“Our elephants are already threatened by habitat loss, development such as the planned road/bridge in Sukau-Kinabatangan, and if we add poaching for ivory, I don’t give many years to the species before it gets extinct,” Goossens said.

“My hope is that Sabah wakes up… we are losing our megafauna, the rhino is gone, the banteng is going, the elephant will be next. Those crimes should not go unpunished. Let’s not lose our jewels, the next generation will not forgive us.”