“Cell-based meat is the meat of the future, and it always will be,” Brown said at an online media conference. “I know a lot about cell culture and I wish those people would be successful, but there’s just no possible way. The economics will never be competitive,” said Brown, who was a professor of biochemistry at the Stanford University School of Medicine before devoting himself full-time to Impossible Foods in 2011.

He was responding to a journalist who asked about similar remarks he made recently.

Cell-based meat, or cultured meat, is produced using cells taken from animals that are grown in nutrient-rich broths in laboratories or other facilities. Plant-based meats are made entirely from plants. Both cell-based and plant-based meat are also known as alternative proteins, which are seen as one of the ways to fight climate change by reducing the carbon footprint of animal farming.

Cell-based meat start-ups, however, are still drawing interest from investors as they race to scale up production and bring down costs. Singapore-based Shiok Meats raised US$12.6 million in Series A funding a few weeks ago and plans to launch its minced shrimp in 2022. Last month, Netherlands-based Mosa Meat said it had raised US$55 million in new funding. And in January, US company Memphis Meats said it had raised US$161 million from Japan’s SoftBank Group, Singapore investor Temasek and others.

Asked about competition in Asia from other plant-based meat firms, Impossible declined to pit itself against them. Beyond Meat and Green Monday Holdings’ OmniMeat products, for instance, already retail in places such as Singapore, Malaysia, Thailand and Hong Kong.

Nick Halla, Impossible’s senior vice-president, international, said its competition is meat from animals, but added that Impossible’s product is the only one that can compete head-on with meat in terms of taste, flavour and cooking properties. By using genetically modified yeast and fermentation to produce an iron-containing molecule called heme, the company has managed to make burger patties that “bleed” and are pink in the middle.

The Covid-19 pandemic, which saw the temporary closure of restaurants in many cities to stem the virus’ spread, sped up Impossible’s pivot to retail in the United States and Asia by at least several months, said Brown.

The slabs cost more than real beef patties, but Brown said prices will be lower than real meat “within a few years” as the company invests in more research and capacity. This is because Impossible’s patties require 25 times less land and 10 times less water to produce than beef, and incur no animal husbandry costs, he added.

The company is also working closely with potential partners to get regulatory approval to launch in China. This might happen within the next year, and Impossible would want to build a complete supply chain in China, he said.

Plant-based egg to be made in Singapore; Aussie start-up raises funds 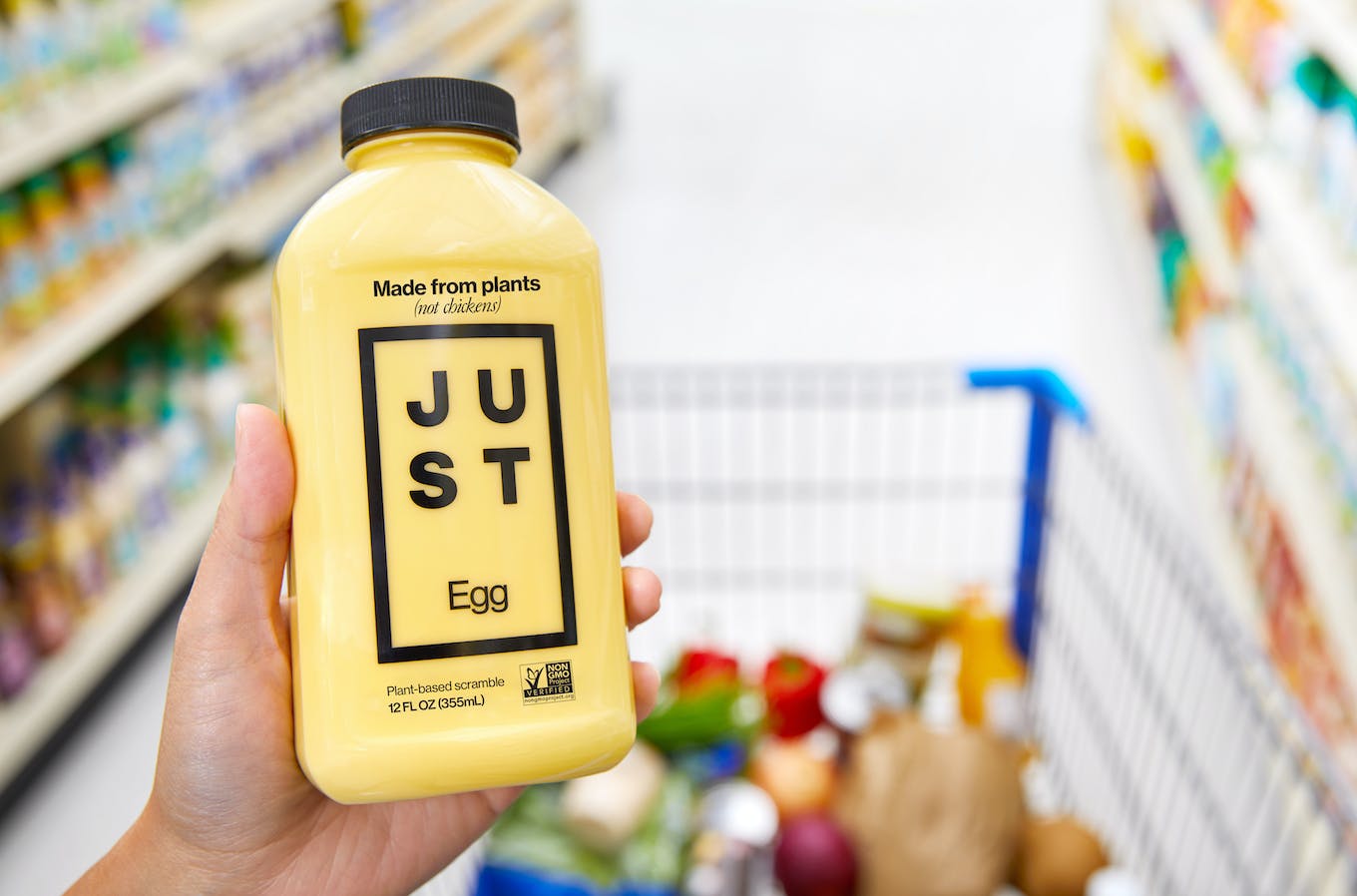 Eat Just, the maker of JUST Egg—a plant-based egg substitute made with mung beans—will partner with a consortium to set up a production facility in Singapore. The consortium, led by investment management firm Proterra Investment Partners Asia, will invest up to US$100 million, while Eat Just will invest up to US$20 million to build the facility to serve demand for JUST Egg in Asia.

Eat Just, however, has an eye on cell-based meat and is in talks with Proterra Asia to expand their alliance in this area.

Meanwhile, Australian plant-based start-up v2food said it has raised A$77 million (US$55 million) in Series B funding. New investors include private equity fund ABC World Asia, which was established last year by the philanthropic arm of Temasek. V2food uses protein extracted from legumes. Its offerings, which are similarly priced to beef products, are currently available at Woolworths and Drakes supermarkets in Australia, as well as Hungry Jack’s in Australia and Burger King in New Zealand.

The new funds will enable v2food to expand its team and production facility in Wodonga, Australia. It is also exploring distribution and retail partnerships with supermarkets and quick-service restaurants in Singapore, Thailand and China. The company was founded last year as a partnership between Australia’s national science agency CSIRO, Main Sequence Ventures (the investment vehicle of CSIRO) and Competitive Foods Australia (Hungry Jack’s franchisor).