Ahead of next month's World Water Forum in South Korea, Eco-Business speaks to Denmark’s Environment Minister Kirsten Brosbol in Copenhagen about the new technologies that the country is implementing to address water problems and how it may be able to help other nations facing the same issues.

In Denmark, everyone drinks directly from the tap, all restaurants serve tap water and municipal utilities compete to see whose water tastes the best. Clean water is so much a part of daily life that most people take it for granted.

But it hasn’t always been so. In the 1960s, the water around Danish capital Copenhagen was so polluted that residents routinely saw dead fish in rivers, lakes and in the coastal areas.

“Of course, this was a wake-up call for us that made us take the decision that we wanted to do something about that,” said Ms Kirsten Brosbol, Minister of the Environment, in an interview with Asian journalists in Copenhagen on Monday.

“So we were one of the first countries in the world that had a ministry of environment. In the 70s, we decided that we wanted the ministry to take care of this area.”

Established in 1971, the ministry was told that its main task was to “combat pollution”. Shortly after, a landmark meeting – the United Nations Conference on the Human Environment - took place in June 1972 in Stockholm where the Stockholm Declaration was agreed upon by 113 countries. It contained 26 principles that should guide development and is the first document in international environmental law to recognize the right to a healthy environment as a fundamental human right.

One could say that the ministry was a product of the times, when an awareness of the link between development and the environment was just starting to take root in the government and civil society, particularly in Europe.

In Denmark, strict regulation requiring businesses in the city to clean up their own pollution such as treating waste water quickly followed and the government began seeking partnerships with private companies to clean up the country’s water.

Pressed to come up with solutions, Danish companies quickly worked with each other – even competitors – universities, institutes of research and the government agencies to come up with ideas and technologies. 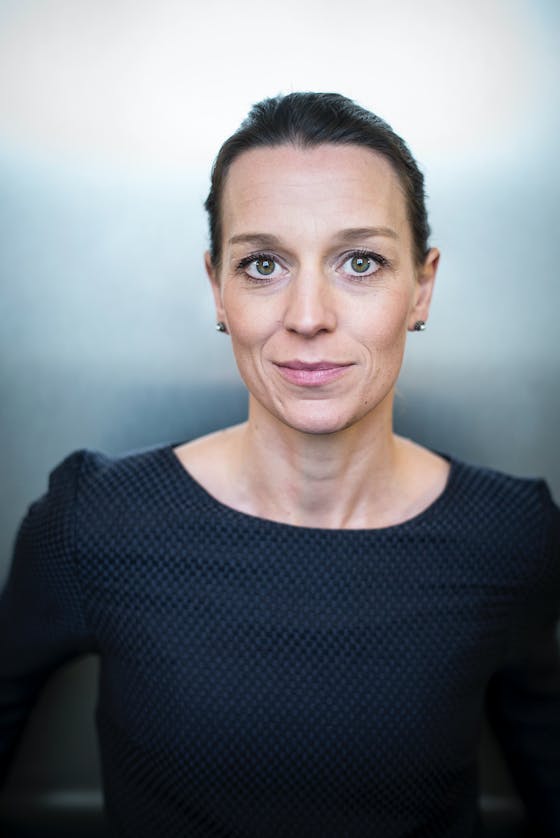 Now, Denmark, a small country of 5.5 million people that punches way above its weight, is undoubtedly among the top nations in water technology, and it hopes to use what it has learnt in four decades to help other countries solve their water woes.

Brosbol, who at 37 is one of the country’s youngest politicians, was appointed Minister for the Environment in February last year. She noted that Danish solutions which could prove useful to other nations are in the areas of water point mapping, which is the study of sources of water supply, water conservation, and waste water treatment.

With a background in research, higher education, gender equality and food, Brosbol was first elected as a member of parliament in 2005. She belongs to the Social Democratic Party - the second biggest in the coalition government - whose “centre-left” leanings makes the environment a focus in government policy.

Denmark has great expertise in mapping its groundwater, having started its own mapping program in 1999 after realising that some of its groundwater was polluted. The environment ministry needed know exactly where reservoirs are and where water protection and cleaning are needed.

Possessing deep knowledge about the country’s water sources also meant they can ensure that the water reaches the end user without wasting too much of the resource on the way, Brosbol added.

One other key technology that has great potential to be applied to other countries is in wastewater treatment. This is not the mere cleaning of water before releasing it to the sea, but also the ability to not only get clean water but extract energy from the sludge, the by-product of most treatment processes - a technology that Brosbol considers very promising.

In Billund - also known as the home of Lego - a town of 6,200 people about 218 kilometres away from Copenhagen, the local utility has been successfully doing that in experiment projects. Now, to implement the technology on a larger scale, the town is building a 70 million kroner facility called Billund BioRefinery, slated to open in 2017. The town will be then be able to extract energy from treating waste water. 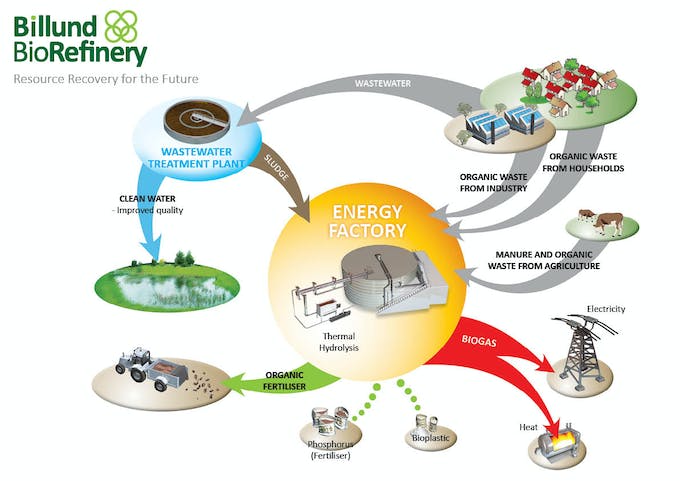 At its heart is a patented technology called Exelys, which extracts energy out of the waste sent to the facility and at the same time reduces the sludge produced.

The biogas production is increased by 50 per cent while the sludge amount is reduced by 30 per cent, Billund said. All resources are integrated into one combined treatment of household waste, organic industrial waste, wastewater sludge as well as manure and other organic waste.

In this way, it is possible to achieve the optimum mix which will most efficiently use energy.

“So in places where people say, “Treatment is too expensive. We can’t afford to treat our waste water.”, we can say that with an energy-producing waste-water facility, it’s a win-win situation,” Brosbol said.

To advocate this potentially revolutionary technology and its other expertise, Denmark has started sending what it calls ‘specialist export advisors’ to its embassies around the world.

The first five countries to get these experts on the environment are China, Kenya, South Africa and Vietnam, Turkey. China and Vietnam, in particular, will serve as “entrance” points to Asia.

Water is fast becoming one of the biggest challenges in the region, with about 218 million people without access to safe drinking water in China and India, according to the United Nations. About 90 per cent of Asia’s wastewater is discharged without treatment. The need for efficient and forward-looking solutions is therefore huge.

Denmark believes that the challenges in Asia provide new business opportunities for Danish water companies, and potential investments in water technology in the region could total tens of billions of dollars.

In June last year, Brosbol also opened the Danish Water Technology House in Singapore, where the country’s best technological solutions are showcased. Indeed, her travels in Asia and Africa in the past year have shown her that there is a lot of interest in Denmark’s technologies, and she knows that Denmark’s companies, particularly the ones with emerging technologies, can be part of “that global task to solve the big challenges on water”.

We need to make sure that come September, we still have a goal on water included in the new SDGs. That will be crucial to addressing the global problems in the water sector.

While the UN has identified water as one of the issues that need the most urgent attention, not enough has been done in the area to alleviate the problem. More than 600 million people will still lack safe drinking water in 2015, the UN says.

“We have a handful of very well-known, very big companies Danfoss, Grundfos (which make fluid handling components and equipment) but we have numerous smaller and medium companies that are feeding in all the time into developing new technologies,” Brosbol said.

She added that with the support of the Danish government, these up-and-coming companies should be able to work on large projects overseas and become global names.

Denmark has already signed agreements with Asian countries such as China, Vietnam, South Korea, Singapore, and India to cooperate on either research into water or actual projects.

Making water a priority for the SDGs

Next month, Brosbol will be travelling to South Korea with a large delegation of Danish companies to attend the World Water Forum, where she hopes that she can garner as much support as she can to make water a priority in the Sustainable Development Goals (SDGs).

The SDGs are a proposed set of targets relating to future global development and are meant to replace the Millennium Development Goals once they expire at the end of 2015. First proposed at the United Nations Conference on Sustainable Development held in Rio de Janeiro in June 2012 (Rio+20), the SDGs have not been decided because different countries have different views on what the SDGs should achieve.

“I hope we can send a strong signal there (South Korea) to the UN because right now, we are at the crucial stage of negotiating the Sustainable Development Goals at the UN coming up in September (in New York). We need to make sure that come September, we still have a goal on water included in the new SDG,” she said.

“That will be crucial to addressing the global problems in the water sector but of course also, for our businesses and their possibilities, that’s important for them. I am hoping to send that strong political signal to New York,” she said.