In this exclusive interview, former Prime Minister of the Netherlands and partner at EY, Professor Jan Peter Balkenende, speaks to Eco-Business about pursuing a responsible society and why values are central to running businesses.

Former Prime Minister of the Netherlands Jan Peter Balkenende may no longer be a politician, but in both his post-politics role as partner of corporate responsibility at EY and in his personal life, he has continued to pursue the idea of a responsible society.

“This means that businesses and institutions are not only responsible for their own profits and well-being, but they also have a responsibility towards people and to create a better life for the next generation,” he tells Eco-Business in a recent interview.

This conviction, he shares, was borne out of growing up in the Netherlands, where throughout history its citizens have been confronted by three major physical challenges: rising sea levels, melting glaciers and low-lying land.

This “struggle against the water” has intimately connected its people with environmental and development issues, he says.

During his premiership from 2002 to 2010, Professor Balkenende implemented a range of sustainable development policies, including a 2007 contract between companies and the government to improve energy efficiency, increase the use of sustainable energy and reduce carbon emissions.

It was during this same decade that issues such as sustainability and climate change began climbing the global agenda, he noted. While he admits that short-term political cycles by nature do not contribute to the long-term planning needed to tackle these challenges, he says this is why “we need leadership in politics… and also, we need clearly defined strategies to do it”.

The 2008 global financial crisis is the ultimate example of short-termism, he says. And the crisis wasn’t just financial, but also a moral one. Long-term thinking, by his reckoning, doesn’t just apply to sustainability.

“The big issues of today - climate change, energy, human rights, ageing population, competitiveness - require long-term thinking so this is inevitable and necessary,” he asserts. “The longer you wait to take measures, the tougher it will be in the future. So we cannot wait, and we need to do it together.”

This is why he hopes that the United Nations meeting in Paris this December – where world leaders will gather to negotiate a global treaty on climate change – will be successful.

“Everyone has to contribute to find a solution for these problems, whether it’s government, businesses, or knowledge organisations like NGOs and universities,” he says.

It is also important to cultivate an awareness of these issues from an early age. In the Netherlands, for example, sustainability is integrated into the curriculum for primary schools. Professor Balkenende recalls one particular visit to a school for 4 to 12 year olds, in which he was impressed with students’ understanding of sustainability.

“They were able to tell me what it is about, and how their behaviour influences wider society. This mindset… has to start at a young age,” he says. 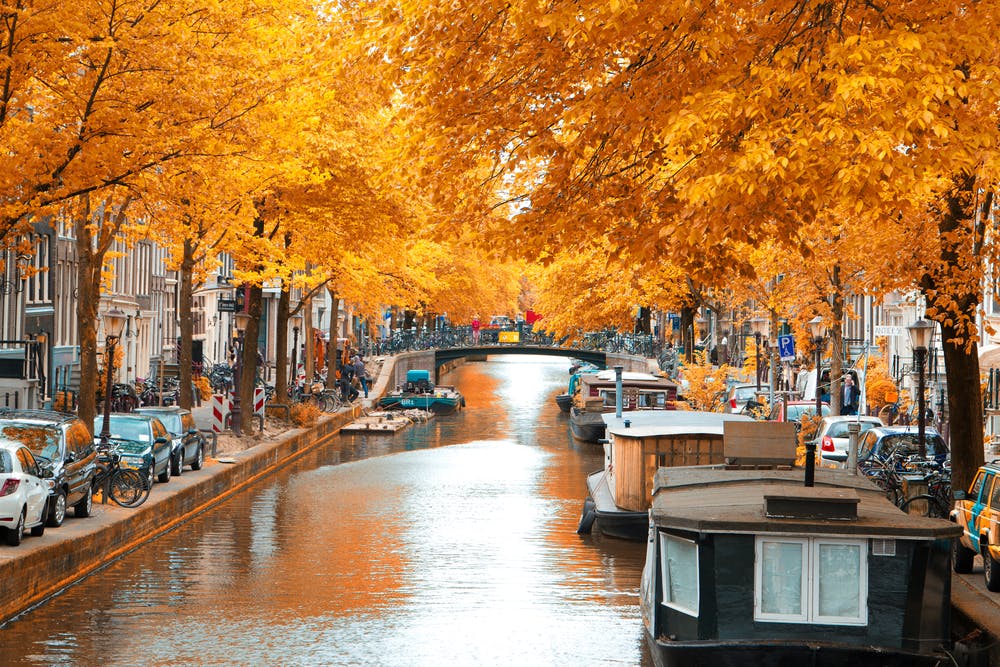 Amsterdam in Autumn. Low-lying Netherlands has often struggled with water-related challenges such as floods and rising sea levels. Image: Shutterstock.com

Values: the DNA of a business

Balkenende, who was in Singapore last month for the Ecosperity 2015 conference held by Temasek Holdings, has been a partner at multinational professional services firm EY since 2011. His current work focuses on corporate responsibility, international affairs and the interaction of the public and private sectors.

He is no stranger to Asia, having led numerous Dutch business missions to the region in search of investment opportunities. Contrary to the perception that Asian firms care more for the bottom line than society, Balkenende says his experience has been the opposite.

While on a visit to Japan a few years ago, he encountered many senior executives who had strong views on responsibility towards society and the values of a company. “I think this cultural dimension is important,” he says. “Values say something about the DNA of a company, and about why people want to work for it.

The belief that businesses are about maximising profit in the short run is outdated, he adds. “Business is about creating shared value. Yes, you must create economic value or you cannot invest or keep people employed. But it is also about creating social value by addressing the needs of society.”

“It’s a personal conviction, when I was a politician and now in business, it’s the same,” he says.

Not just a nice story

So how can companies translate this lofty aspiration into business reality?

Balkenende is leading the way, in his other role as chair of the Dutch Sustainable Growth Coalition, a collaborative venture of eight Dutch multinational companies - Unilever, DSM, AkzoNobel, Friesland Campina, Philips, Shell, KLM and Heineken.

In Africa, for instance, beer giant Heineken has this policy that 60 per cent of grains used to produce beer must be local. This means the production process requires less transport, emits less carbon and creates more economic opportunity for local farmers, he cites.

If a business has earned its profits by polluting the air or violating human rights, for instance, then you are not practicing CSR, even if you are giving money to museums or hospitals.

He cites a Harvard Business School 2011 study led by Professor Robert Eccles that looked into 180 companies – 90 high sustainability firms versus 90 low sustainability ones. In the 18-year period observed, the former group outperformed the latter in both stock market value over the long term and are more transparent with non-financial information.

“It’s my conviction that in the longer run, you can only survive in the economy if you have an entrepreneurial spirit, you are innovative and you are sustainable. If you’ve missed one of these components, you can forget it,” he adds.

This thinking has also changed the way CSR is discussed globally, notes Balkenende, who is also Professor of Governance, Institutions and Internationalisation at Erasmus University Rotterdam.

He observes that in some countries like the United States, CSR is still defined in terms of charity. There’s nothing wrong with this, he says, “but the key question for business is: How have you reached your profits?”

“If a business has earned its profits by polluting the air or violating human rights, for instance, then you are not practicing CSR, even if you are giving money to museums or hospitals.”

This is why he says integrated or sustainability reporting, one of EY’s core services, is important. It signals to the public that the company is not only open about financial performance but also its environmental and social impact and the integration of these elements.

Companies have to set targets and key performance indicators and conduct life-cycle analysis of the products and services they offer to determine their impact.

He says businesses should ask themselves: “Are you honest when you talk about sustainability or transparency?”

“All these things are key, if not it’s just a nice story and nothing more.”

The founders behind Asia's most well-known festival, Wonderfruit, have ambitions to dominate the region's festival landscape by serving up sustainability messages along with music, food, fun and art - just don't call them activists.
Wonderfruit: A 'social movement' making sustainability sexy

We need to engage business 'like never before', says new UNEP head

From negotiating peace in Sri Lanka to fighting deforestation, Erik Solheim has dealt with big issues in his decades-long career. But as the new head of the UNEP, he might face his biggest task yet: bridging the natural and business worlds.
We need to engage business 'like never before', says new UNEP head

Building a ‘coalition of the willing’, one person at a time

Ton Büchner, chief executive officer of Dutch giant AkzoNobel, speaks to Eco-Business editor Jessica Cheam about how his love for the Tintin comic series inspired wanderlust, and how traversing the globe convinced him that sustainability is the only way to do business.
Building a ‘coalition of the willing’, one person at a time

The “sushi of finance” in Asia

Banking veteran Omar Selim started Arabesque Partners to revolutionise the way people invest. In this interview with Eco-Business editor Jessica Cheam, he shares how the fund manager is offering ‘healthy, transparent and clean’ investing options to tap into Asia’s growing appetite for sustainable investments.
The “sushi of finance” in Asia