With just days to go before the end of the year, it has closed two more projects in Indonesia, bringing the initiative to complement the palm oil industry's efforts to end deforestation in Southeast Asia closer to its near-term target.

Rimba Collective, a US$1 billion forest conservation financing scheme based in Southeast Asia, was launched with much fanfare over a year ago. But since then, there has been little to no news coverage of the initiative managed by conservation finance firm Lestari Capital and which boasts partnerships with multinational consumer goods giants such as Nestle, PepsiCo, P&G and Unilever.

“There is a good reason for that,” said head of Rimba Collective Andika Putraditama, in a recent interview with Eco-Business. “This is the first year of implementation, so we are focused on making sure that projects are ongoing and that we can meet our annual target. We have to ensure that our projects are robust before we can say something about them.”

With just days to go before the end of the year, Rimba Collective scrambled to achieve its first near-term target of financing the conservation and restoration of 75,000 hectares of forest in Southeast Asia. On 28 December, it signed an agreement to finance two more forest conservation projects in Indonesia, Putraditama shared. This brings its total number of projects financed to six with a total area of 72,938 hectares, just 2,000 hectares shy of a target it had announced last year.

Putraditama is also confident of achieving the longer-term targets of the collective.

“By January we expect to hit 100,000 hectares of project signed,” Putraditama said. Rimba Collective aims to sign its first projects in Malaysia as early as the first quarter of 2023, he further disclosed.

Other than the two new projects inked, Rimba Collective, an initiative led by buyers and processors of palm oil to support long-term forest conservation and restoration, is currently financing four projects spanning 48,000 hectares across different districts in Central and West Kalimantan, Indonesia. One project is in Pulang Pisau (15,800 hectares), one is in Ketapang (14,000 hectares) and two are in Kapuas Hulu (around 9,000 hectares each). Its latest projects are located in Jambi and North Kalimantan.

Rimba’s six-year target is to conserve or restore 500,000 hectares worth of degraded forests in the region. As such, the team is seeking to finance projects of a minimum 10,000 hectares in size as it would prefer to manage a few large projects rather than many small ones, explained Putraditama. 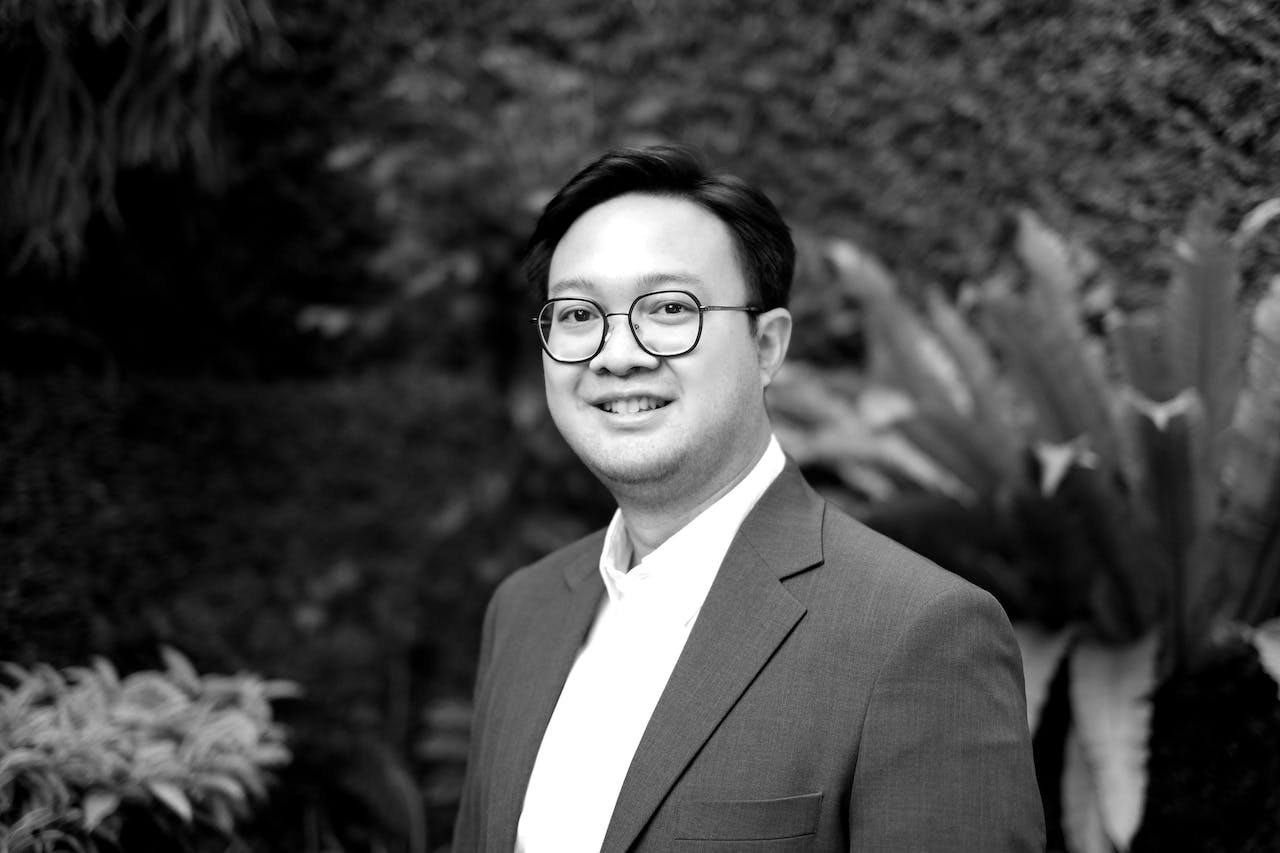 In this interview, Putraditama shares more about the goals of Rimba Collective’s projects, how its pay-for-perfomance model works, and the challenges that lie ahead for forest conservation in the region.

Who owns the land that your four projects are located on?

The four projects that we have invested in are all social forestry projects, so the land is owned by the community. They have the right to manage the village forests for the next couple of decades. The projects are managed by non-government organisations (NGOs), which are cooperating with the institutions that manage the village forests. We support them by providing the funds to do conservation and restoration activities.

So the funding goes towards the NGOs and they are responsible for delivering on the key performance indicators (KPIs). What are the main KPIs for these projects? How are they being measured?

Being able to see and measure the restoration outcomes will take longer, but we are going to monitor how many seedlings are planted annually and how many survive, as well as how they have impacted the landscape.

In order to do this, we conduct annual monitoring. The first year of implementation, which is this year, we have conducted our own internal monitoring. We used high resolution satellite images and visited the projects to look at whether the hectarage we invested in decreased in size. If not, then the KPI is met.

Ideally, we would use external auditors every single year but that would cost a lot.

Could you share the names of the NGOs or social forestry groups that you’re working with in Indonesia?

At this point we haven’t been able to share it, but it will be live very soon on our website.

I understand you are looking at investing in projects in several states in Malaysia. Is the plan just to focus on Malaysia and Indonesia now, or are there other countries you are exploring?

Our next priority [after overseeing our current projects] is to increase the size of our portfolio. The two Malaysian states that we are looking at intensively right now are Terengganu and Sabah. Our target is to sign projects in those states in the first quarter of 2023.

The other country that we are looking at is Papua New Guinea. These two countries and Indonesia are the focus for Rimba right now.

The next phase would be to look into the project typology itself. We are focused on social forestry now, but there is also an opportunity to capture conservation sites in palm oil concessions. We know there is a lot of forest left within those concessions that are considered stranded assets, [such as] ex-logging and ex-timber concessions.

The longer term vision is to replicate this model for other commodities. We are dedicated to palm oil actors right now but there is an appetite to replicate this for rubber, for example. We have been talking with several actors in the rubber industry, and they are interested in looking into what the model would look like for rubber.

We don’t talk about carbon; we want to talk about livelihoods and biodiversity as well.

So would Rimba be looking at expanding into other commodities beyond plantations as well? For example, I have been hearing about deforestation related to mining. Is this something Rimba might look into?

There is definitely an interest to expand this [conservation and restoration funding model] to other commodities. We are starting with palm oil because the data in this sector is abundant and can be modelled. For the next commodity we embark on, the biggest challenge would be to look into the numbers.

Rimba requires that our partners provide a contribution proportionate to their exposure in that industry. Companies like Unilever, PepsiCo, P&G and Nestle contribute to Rimba based the percentage of palm oil they use. So for other commodities, we need visibility on that kind of supply chain volume as well.

Restoration work takes many years to actually see whether or not the trees are growing successfully. Some of them may not survive. How do your partners decide when to dole out their funds?

Everything about Rimba Collective is pay for performance. The four founding partners – Nestle, Unilever, PepsiCo and P&G – earlier funded the development of Rimba Collective itself apart from the pay-for-performance [scheme]. This seed funding also included a grant from the government of the United Kingdom.

After we implemented our projects this year, we are switching to the pay-for-performance funding model. At the end of this year, we will invoice them a specific amount and they will pay based on whether we have achieved the targeted hectares of conservation and restoration that we outlined in our operating plan.

But this is why we designed Rimba Collective to be a long-term financing model – if companies are funding a five to 10-year project, it does not capture the full spectrum of the benefit or the outcomes of forest restoration.

That raises the question of how these companies are bonded to financing these projects for 20 to 30 years since, as you mentioned, they are giving you that money year by year.

It is a five-year rolling contract with annual payments. Because yes, it is very challenging to convince your shareholders, even if you’re a big company, that you need to be locked into a contract that lasts 25 years. That is almost unheard of. We need to work within the company’s limitations, in that sense. But we are hopeful that these companies are in it for the long run.

It sounds like there is a lot of work to be done and KPIs to deliver on. What do you see as some of the biggest challenges that Rimba Collective faces?

There has been a lot of hype around nature-based solutions (NBS) in the last three to four years, but there has been a lot of scepticism around it as well, related to additionality and impact. The biggest challenge for us would be to prove not to not only to our clients, but also to wider stakeholders including governments and local communities, that projects such as these can deliver tangible positive outcomes. 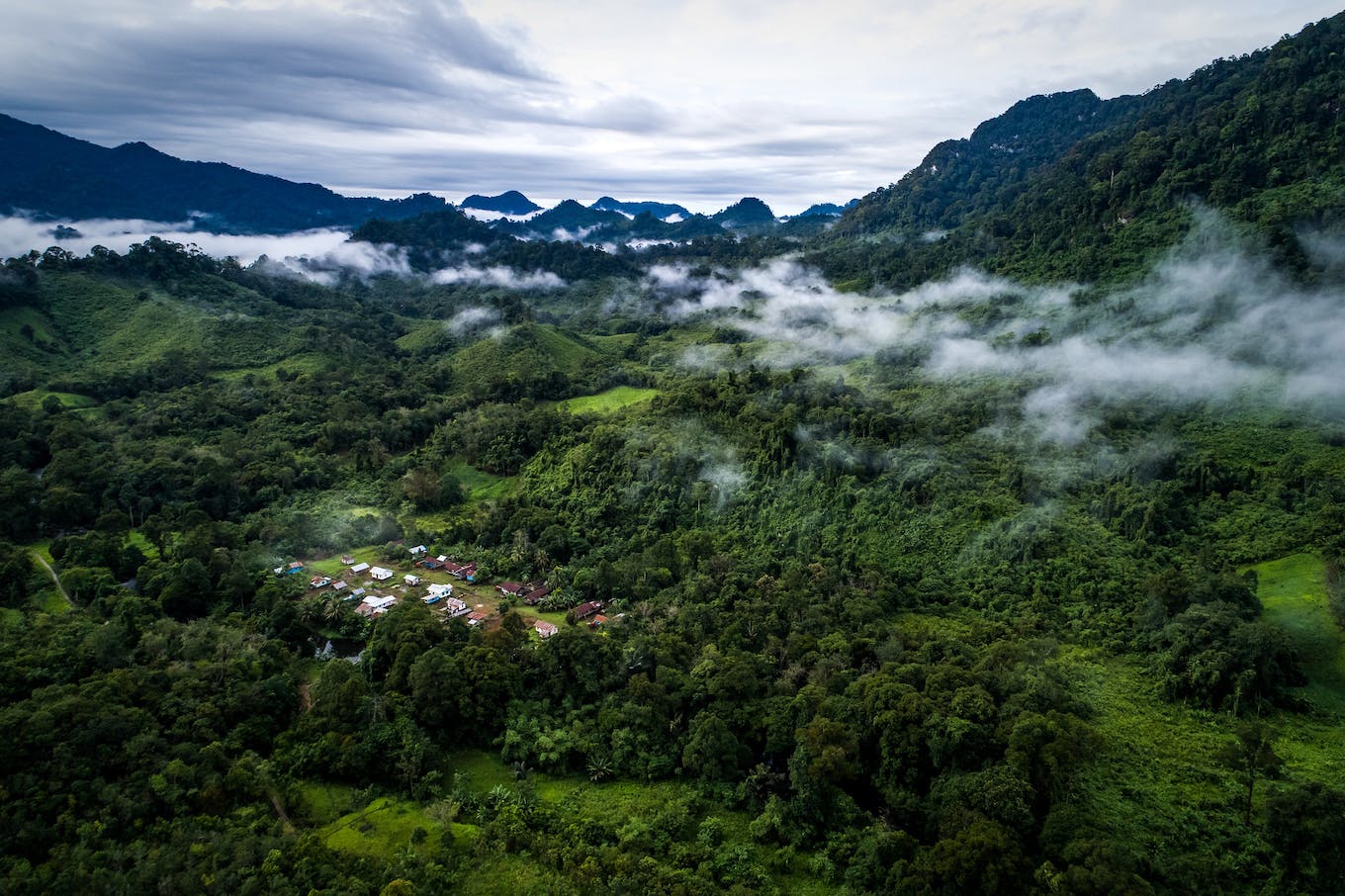 That means is looking into projects from a robust assessment and due diligence standpoint. We need to make sure that the project operators can deliver in the long run and that they have the necessary building blocks to implement good governance within their organisations.

The second is looking into the scientific aspects of doing conservation and restoration work. First, we need to establish a strong case of additionality. We want to convince people that when they invest X amount of money into this project, that money would go into creating change on the ground that otherwise would not happen if this project does not exist.

We are speaking to other organisations to help us define more robust indicators for livelihoods and biodiversity because at the at the very heart of Rimba, the outcomes need to be quantifiable and the methodology needs to be robust. The challenge, at least in the implementation phase, is to prove that the project is credible, delivers tangible benefits for the community and can be scaled in an efficient manner.

Some methodology and metrics exist – the Plan Vivo standard, for example, really focuses on the community. And the Climate Community & Biodiversity Standards (CCBS) focuses more on the biodiversity aspect. But we are always on the lookout for whether we can improve the metrics that we use along the way.