Millions of tourists visit Bali each year, many of them ferried in polluting petrol-powered boats. A new social enterprise promises to change that by harnessing the power of the sun to make sailing around Bali more sustainable.

Millions of tourists are attracted to Bali each year in search of sun, sea and sand.

According to the Bali Government Tourism Office, up to 5 million foreign tourists visited the island last year, a number that has been increasing since 2008.

But because numerous people are ferried to, from and around the island in old petrol-powered boats known locally as “jukungs”, Balinese seas have long been exposed to polluting fuel leaks.

In addition to the damaging impact on fragile marine habitats such as coral reefs and mangroves, holidaymakers report being disturbed by the smell of fuel and the sputtering noise from the engines.

However, a new social enterprise, Azura Marine Earth, seeks to harness renewable energy to create a more environment-friendly mode of transport in the Island of the Gods.

In July, the first ever solar-powered jukung will circumnavigate Bali, completely powered by the sun.

The Surya Namaskar, which in Sanskrit means ‘sun salutation’, will sail from Amed all the way around the island on a 10-day voyage, mooring on the shore each night on the way, to get the message across that a more eco-friendly alternative to polluting boats has arrived on Bali’s shores.

The inspiration for the boat came four years ago while Mélot was on a diving expedition in Papua. He experienced firsthand how petrol-powered boats are polluting the oceans and ruining the experience for divers.

The fact that you go to a marine park with a boat that destroys it means you are part of the problem and not part of the solution. It’s really about respecting the environment.

“The landscapes are fantastic but you don’t really enjoy the trip. When you go diving to a few locations, the boat rides in between the dive spots are often tiring and uncomfortable due to the loud noise, vibrations and smell of the outdated boat engines,” said Mélot.

In contrast, the Surya Namaskar will be completely silent, smell and vibration-free, and as fast as traditional boats. At top speed, the solar-powered boat can sail at 15 knots, or the equivalent of about 28 kilometers per hour in a car.

This performance is equivalent to that of a 20 horsepower 2-stroke outboard conventional engine found in traditional jukungs, but the main difference is that a solar-powered boat is cost-free to operate every day, Mélot said.

Mélot hopes to invite local boatmen to switch to solar-powered boats by offering to convert their petrol-powered boats.

A boat conversion the size of Surya Namaskar’s costs around S$14,000. For slightly smaller fishing boats which are ubiquitously used as dive or tour boats, the conversion will be around $S6000.

Under a microfinancing scheme from Azura Marine Earth, local boatmen would need only to pay around a S$500 downpayment. The remainder of S$5,500 can be paid in installments. The boatmen will only pay the same amount of money they would have otherwise used to purchase fuel for their old boats, Mélot said.

Mélot believes the boatmen will be able to recover the cost of conversion in three years, saving $S5 a day on fuel, and up to $S300 annually on engine maintenance. After that point, they will be able to “sail forever free,” he said.

Eco-parks, dive centres and resorts surrounding Bali are taking interest, Mélot said. He shares that reinvesting their earnings in purchasing solar panels and installing them in schools and other off-grid rural villages in the archipelago is part of their social enterprise project.

“The fact that you go to a marine park with a boat that destroys it means you are part of the problem and not part of the solution. It’s really about respecting the environment,” Melot said.

Take a first look at Surya Namaskar, the first solar-powered boat to circumnavigate Bali, in pictures below. All images are from Julien Mélot and Azura Marine Earth. 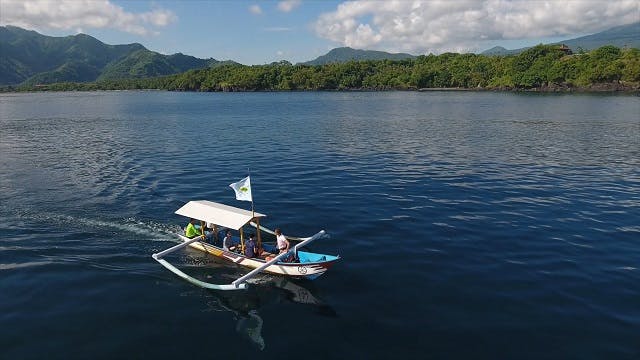 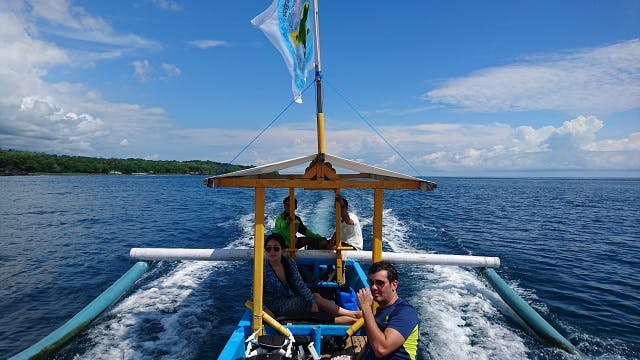 Surya Namaskar testing the waters with some guests.

During the inaugural crossing, the only solar panel aboard Surya Namaskar enabled the crew to charge phones, cameras, and speakers for free. 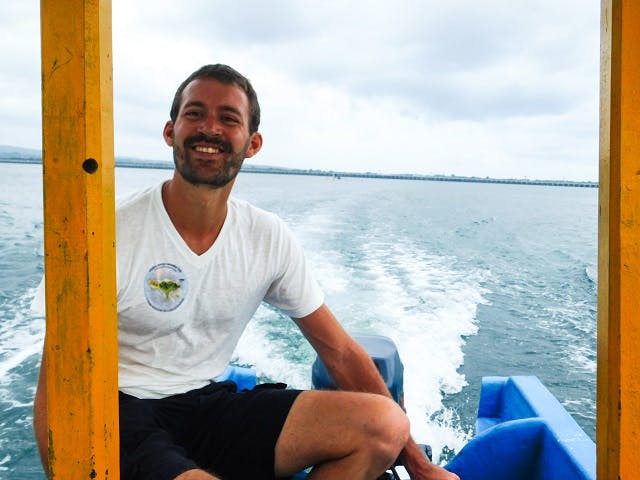 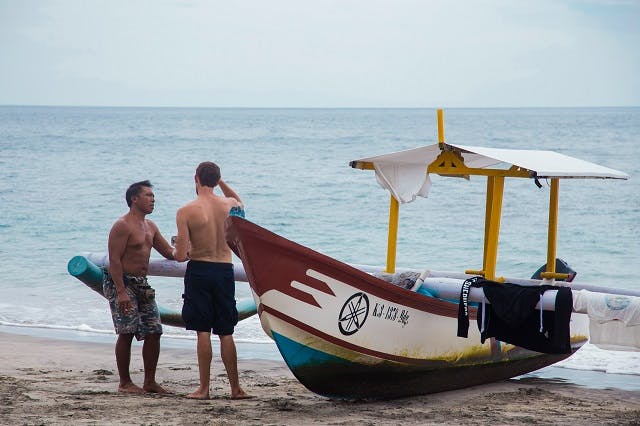 Julien Mélot talks to a local fisherman while standing next to Surya Namaskar. An integral part of the social enterprise is making solar-powered “jukungs” affordable for the community. 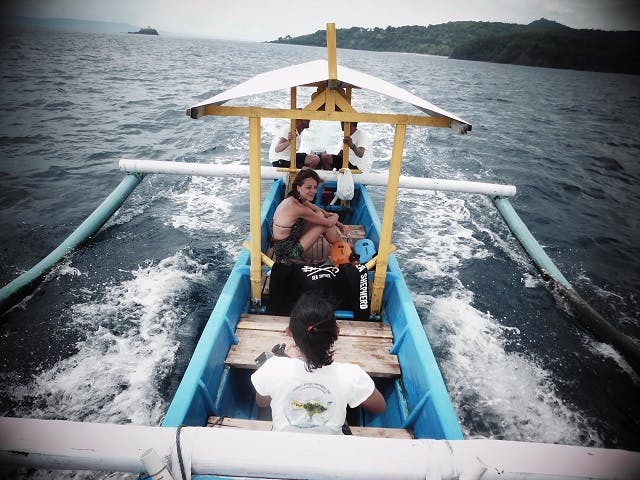 Surya Namaskar during her maiden voyage that covered 100 km from Jimabaran to Amed, a journey that took 7 hours. 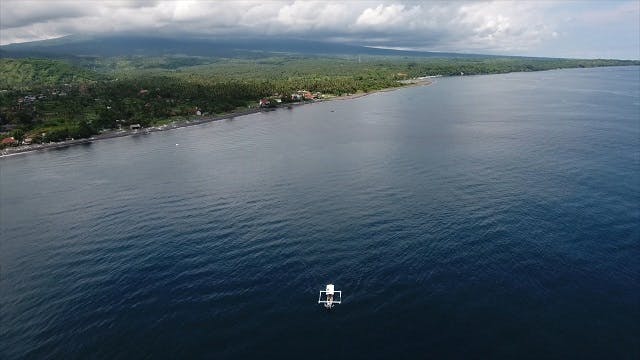 Surya Namaskar will circumnavigate Bali from Amed and back in July. The traditional “jukung” will be equipped with a 25 square meter solar roof and storage batteries to enable it to sail to great distances.