Are Asian corporations ready to strike for the climate?

Western brands like Nike, Patagonia and Ben & Jerry's are getting louder in their support for social and environmental issues. As thousands of people around the world prepare to take skip work for Climate Strike, are Asian companies likely to join them?

Among the more surprising participants at next week’s Climate Strike, a global movement against government inaction on climate change, will be a brand of ice cream from Vermont, a Californian outdoor clothing retailer and a British firm that makes brightly coloured cosmetics.

Ben & Jerry’s, Patagonia, and Lush are to join thousands of individuals around the world to protest for more action against climate change by bunking off school or taking the day off work.

Is it too crazy to imagine that Asian companies will be among the agitators for Global Climate Strike Week, which begins on 20 September? If a recent study of corporate activism by public relations firm Weber Shandwick is to be believed, they just might be.

According to the CEO, Corporate and Employee Activism study released last month, chief executives in the Asia-Pacific are more likely to believe that their company should take action on societal issues than the average CEO globally, and more business people in the Asia-Pacific expect corporate activism to become more common over the next two to three years than their global peers. 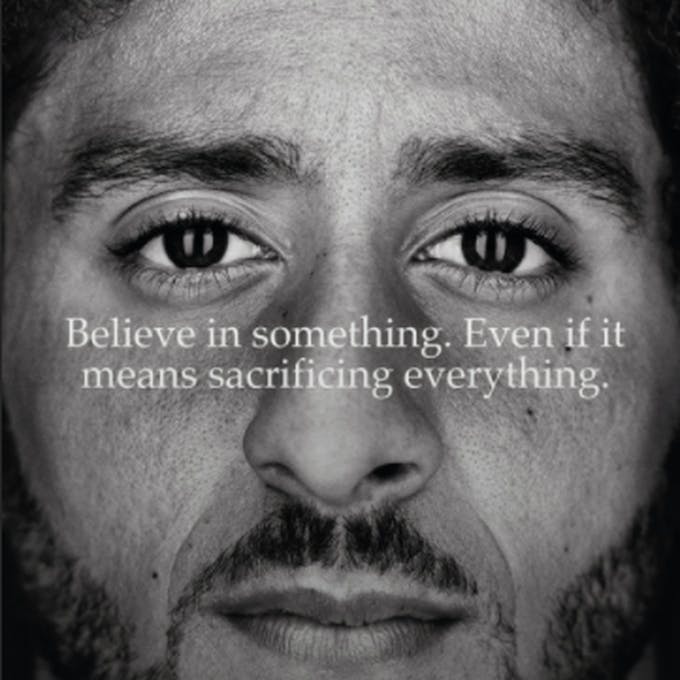 But if this is true, where are Asia’s versions of Nike, which courted controversy by backing an American football player who kneeled during the national anthem to protest against police brutality?

Speaking at the In2 Innovation Summit in Singapore on Thursday, Darren Burns, Weber Shandwick Asia Pacific’s vice-chair, said that Asian companies will take a stand on issues “in more subtle ways” than Western brands, but have started to recognise the benefits in doing so.

Where Asian corporates may struggle as activists is deciding what issue to focus on, said Georgette Tan Adamopoulos, president, Singapore committee, UN Women, and the former regional communications chief at payments firm Mastercard.

“Everyone supports the principle of corporate activism. But in Asia you’ve got to support what’s truly relevant to your business—otherwise what you do will ring hollow,” she said.

Asian corporate leaders may pick causes that are meaningful and impactful, but none that are particularly sensitive, she said.

Sensitive issues do not seem to faze a company like Netflix. The streaming giant declared in May that it would not invest in the state of Georgia in the United States if an anti-abortion law was passed, its pro-choice stance aligning with a brand promise of offering a wide range of content.

But Netflix’s Asia vice-president of communications Jessica Tan said that siding with controversy in some parts of Asia could mean losing your licence to operate. Better in some circumstances to keep a low profile, even if your brand plays a central role in a sensitive issue.

Tan pointed to Hong Kong, where people have shown intense recent interest in the Netflix documentary Winter on Fire: Ukraine’s Fight for Freedom. The film, which highlights Ukraine’s struggle with independence from Russia, has resonated with Hong Kongers who oppose Chinese rule.

“Hong Kong people have watching this film for the past few months, used clips from it, and showed many public screenings. Sometimes you have to let people define your brand for themselves,” said Tan.

No greenwashing of “green dot”

So should Asian brands back Climate Strike or the Singapore Climate Rally, nicknamed “green dot” by the local press, which is the country’s first physical climate rally set to take place on Sept 21?

Netflix’s Tan pointed to Pink Dot, Singapore’s annual gay pride event, as an example of a cause Asian companies have rallied behind. More than 100 brands sponsored the event after new rules were introduced that excluded foreign multinationals from backing the rally in 2016.

“Corporate activism isn’t always about the multinationals,” she said, adding that she expected some local corporate backing of Singapore Climate Rally.

One company that might is Lush, which demonstrated its activist tendencies with an Asia-wide campaign against the destructiveness of palm oil trade last year. The British cosmetics firm is supporting Climate Strike, and in a very understated way—by closing its stores on Friday, the first day of Climate Strike week.

The firm is not publicising the action beyond leaving a note to customers on their door. “We are using word of mouth [to promote our support]. We don’t want to take any of the limelight away from Singapore Climate Rally,” a company spokesperson told Eco-Business.

Their staff will be attending the rally, but in their personal capacity.

Corporate support for the rally depends on the organisers—a group of students, academics, lawyers and teachers who will be calling on their government to introduce tougher targets to reduce emissions.

So far, the group has resisted attempts by companies to be part of the rally, making clear that it is an independent movement free of corporate or government influence.

As Tan Adamopoulos from UN Women pointed out: “Companies will want to be part of it. But some will belong and some won’t. Those who belong will shine, as they stood for something. The interlopers who are along for the ride will be found out.”