The British beauty firm wants to highlight the environmental destructiveness of the palm oil industry with a limited edition shampoo bar aimed at Asian consumers. But will this region buy into the anti-palm oil message?

British cosmetics company Lush is launching an Asia-wide campaign to promote a new palm oil-free shampoo brand that draws attention to the environmental destructiveness of the palm oil industry.

The stunt highlighted the plight of indigenous communities and endangered species such as the orangutan, whose land and habitats are being destroyed by the palm oil boom in Indonesia, the world’s biggest producer of the commodity. 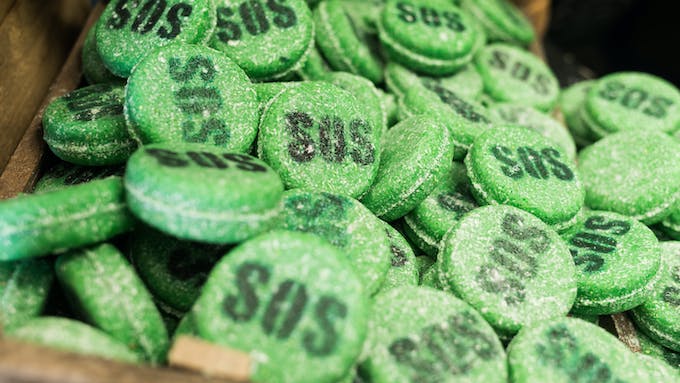 Lush has teamed up with conservation charity Sumatran Orangutan Society (SOS) for the campaign, which launches on Friday, and all funds raised from shampoo bar sales will go towards converting a disused palm oil plantation into a permaculture demonstration site and conservation training hub in Sumatra.

Permaculture is sustainable and self-sufficient farming that works with, and not against, natural ecosystems.

The plantation is located on the edge of Sumatra’s Leuser Ecosystem, one of Southeast Asia’s richest expanses of intact tropical rainforest, and one of Asia’s largest carbon sinks. The national park is losing forest cover at a rate of 5,500 hectares a year. 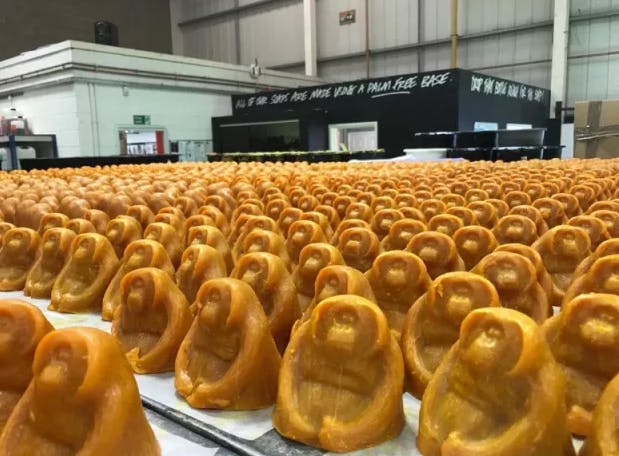 Lush’s marketing push in Asia builds on the #SOSSumatra campaign the Dorset-headquartered company launched in Europe last November, which raised US$175,000 from selling limited edition palm oil-free orangutan-shaped soaps. The funds went on restoring 50 hectares of oil palm plantation land to forest in the buffer zone around the Leuser national park.

Instead of palm oil—a common ingredient in personal care products—the SOS Sumatra shampoo bar, which costs S$25 (US$19) a piece, uses coconut oil sourced from Nias, an island off Sumatra.

Will Asian consumers buy into the palm oil-free message?

Lush began removing oil palm from its supply chain in 2008, and encouraged its customers to “wash their hands off palm oil” with a global campaign communicating the environmental damage caused by the cultivation of the oil, which is an ingredient in half of supermarket products.

“We’ve fought to remove palm oil from our products for over a decade at Lush,” said Simon Constantine, the company’s head of ethical buying. “Now, with the help of Sumatran Orangutan Society and their partners we are doing the same thing on the ground in Sumatra.”

Even if we shift to another oil, plantations will still be managed unsustainably if there are no proper standards in place.

But the company has not yet removed oil palm from all of its products. Palm derivatives can still be found in its “safe synthetics” range. Lush says it is now looking to find guaranteed palm oil-free sources or working to reformulate its products and replace palm with another ingredient.

While Lush accepts that “not all palm oil cultivation is bad,” the company says it does not have faith in sustainable palm oil.

The company takes the view that the Roundtable on Sustainable Palm Oil (RSPO), the industry body set up to promote sustainable palm oil, does not give a fair voice to environmental group members and is dominated by palm oil producers.

Lush also believes that RSPO should ban members that have developed on environmentally sensitive peat soil, and that the association does not do enough to recognise the palm oil industry’s contribution to climate change. It also says that RSPO has failed to convert a substantial proportion of the industry to sustainable oil.

The company’s SOS Sumatra campaign will run in all of the markets where it has a presence—Singapore, Thailand, the Philippines, Japan, Hong Kong, Macau, South Korea, Australia and New Zealand.

Olivia Choong, a Singapore-based environmentalist and founder of the The Safer Skin campaign, said Lush’s message will likely be “relatively well received” in Singapore, where awareness of the link between palm oil and the haze—air pollution caused by the burning of Indonesian peatland to make way for plantations that chokes Singaporeans almost every year—is high.

“Singaporeans might not be able to relate to rainforests, but they can to the haze,” she told Eco-Business.

But Choong challenged Lush’s mission to move consumers away from palm oil. “[Green] groups like PM.Haze and WWF Singapore have been trying to communicate that palm oil is not inherently bad and that we should push for more responsible and sustainably-derived palm oil,” she said.

“Even if we shift to another oil, plantations will still be managed unsustainably if there are no proper standards in place.”

Cadi Pink, a member of Lush’s buying team, told Eco-Business that the aim of the SOS Sumatra campaign is to raise awareness of the ecological issues surrounding the industrialisation and monoculture of oil palm, and to show that there are other greener growing options that can provide sufficient income for farmers.

“While palm has contributed to building a stronger economy in many Asian countries, the industrialisation of it has contributed to the destruction of some of the most important and diverse ecosystems and carbon sinks in the world,” she said.

Pink added: “We hope the campaign in Asia might open up discussions around its impact - socially, financially, culturally and ecologically.”