Advertising that promotes SDGs to be awarded at Oscars of adland

The SDG Lion will recognise ads that help address the Sustainable Development Goals. But to be effective, the award must recognise genuine advertising—not fake work that exploits good causes.

The advertising industry is to recognise the positive impact that commercial messages can have on the environment and society with an award for sustainability at Cannes Lions, the industry’s equivalent of the Oscars that has been held annually in the South of France since the 1950s.

In a tie-up with the United Nations (UN), Cannes Lions will introduce the Sustainable Development Goals (SDGs) Lion next year to recognise the best advertising that supports the SDGs.

The SDGs are ambitious targets set by the UN in 2015 to tackle global issues such as climate change, poverty and hunger, gender equality and sustainable consumption by 2030.

The new award emerges after a rare show of unity from the largest advertising groups in Cannes last year. The bosses of the big six firms, WPP, Omnicom, Interpublic Group, Havas, Dentsu and Publicis, appeared on stage with former UN Secretary General Ban Ki-Moon and agreed to work together to help tackle the SDGs by pooling funds and creative talent.

The UN’s deputy secretary-general Amina Mohammed said in a press statement last week that she hoped the award would “activate the creative community to help achieve the SDGs through their creative resources and power of communication.”

The SDG Lion could have a positive impact if it encourages more clients and agencies to think about how they can communicate the value of sustainability, commented Scott McClelland, the former Asia Pacific chief creative officer of award-winning ad agency Bartle Bogle Hegarty.

McClelland, now creative director of Surfride Foundation Australia, a non-profit committed to safeguarding Australia’s oceans and beaches, told Eco-Business: “The advertising industry is full of good people and brands who want to do more good, unfortunately in most cases just not enough to actually do it.”

“If a shiny statue of a Lion gives an industry of smart and talented people the incentive to do more good for the planet then it’s a good thing,” he said.

Should the UN be wary of advertising awards?

Awards are viewed as an essential part of the advertising industry in recognising the best creativity and talent, but with the SDG Lion the UN has joined a system that has long been abused by agencies looking to exploit good causes for fame and profit.

Advertising creatives use awards, of which there are many hundreds held every year around the world, as a currency to boost their careers and earn bonuses based on their trophy tallies. Agencies use them to attract creative talent and win new clients.

Such is the pressure on agencies to win awards, that many have resorted to what is known in the industry as “scam”, work created purely with the intention of winning a trophy.

Scam campaigns typically run with the bare minimum media exposure to meet awards entry criteria, sometimes with none at all, and often without the consent or knowledge of the clients whose brand they use to create the entry.

A growing trend is the exploitation of social or environmental causes to win awards rather than make any meaningful impact to solve the world’s problems. 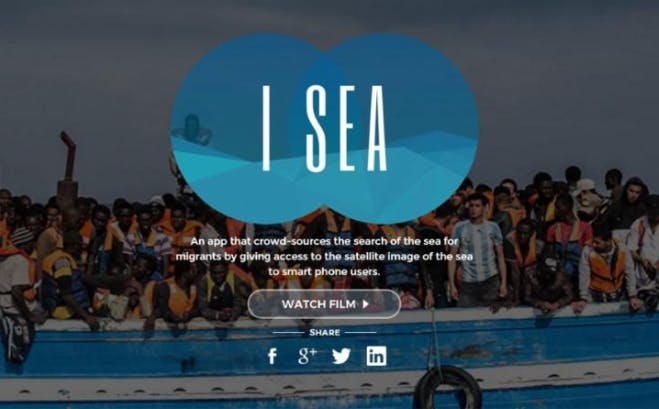 The ‘I Sea’ app turned out to be a non-functioning prototype.

Last year, an ad agency in Singapore, Grey, which is owned by the world’s largest agency network WPP, was caught out by a tech blogger in the United States for creating an app that claimed to be able to help find refugees stranded in the Mediterranean sea.

The ‘I Sea’ app, which turned out to be a non-functioning prototype, won an award at Cannes Lions. The agency gave the trophy back after the saga drew global media attention, and the former head of communications for World Wide Fund for Nature called on the client community to avoid hiring the agency unless the award was returned.

That year, Grey had produced awards-friendly do-good campaigns that included an umbrella that kills mosquitoes in Malaysia, a grid of plastic bottles that cools Bangladeshi homes, and candy sellers that tour Indian slums teaching English.

A few weeks after the ‘I Sea’ app drama, Ogilvy & Mather, Asia’s most powerful ad company, gave back an award it won at Cannes, admitting that claims that its work had helped slow the trade in rhino horn in Vietnam were bogus.

Cannes Lions has taken a lenient view of dubious award-winning campaigns historically, rarely disqualifiying work that has been shown to be fake.

The festival, whose owner Ascential is worth about US$1 billion, received 40,000 entries from 90 countries last year, generating more than US$50 million - despite one major ad group shunning the show and criticism from adland’s most influential executive, Sir Martin Sorrell, chief executive of WPP, that the event has lost its relevance and is a “rip off”.

The SDG Lion is the latest addition to the festival’s categories line-up that has grown almost every year since Cannes Lions launched in 1954. The SDG award is the 25th category at Cannes. 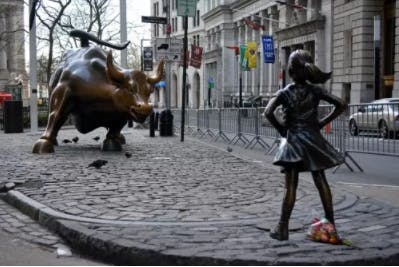 The SDG Lion comes two years after the festival introduced the Glass Lion to recognise that the industry needed to tackle gender stereotypes.

The big winner at Cannes Lions 2017 was Fearless Girl, a statue of a young girl staring down the charging bull figure in lower Manhattan.

It was a marketing stunt to promote State Street Global ­Advisors, the $2.56 trillion asset-­management arm of financial firm State Street Corp. At the feet of the girl was an ad for SHE, a fund that invests only in firms committed to gender diversity.