A new recipe for instant noodles: One man’s quest to transform comfort food, and help the planet

He spent a major part of his career in the food industry doing research and business development of savoury ingredients and snacks.

Entrepreneur Christoph Langwallner enjoyed the “roller-coaster” ride that took him from his home country of Austria to the United Kingdom, Russia and India. But somewhere along the way, he found himself caught in a dilemma.

At work, he was figuring out new strategies to get children and other consumers to eat more snacks laden with calories but bereft of nutrients. When he returned home, he saw his two children enjoying similar snacks and discouraged them from eating the junk food.

“I guess there was some sort of conflict in me that grew stronger and stronger,” Langwallner said. “And I said to myself, I’m still young enough, I want to do something different for the rest of my life.”

The year was around 2010, and Langwallner was in his early 40s. He and his family were living in India, where they had moved in 2006 after a hectic stint in Russia where he did food business development and research for an Austrian businessman, and simultaneously pursued a distance-learning Master of Business Administration.

Their time in India was “extremely joyful” due to the open and welcoming people of the country, but there were also challenges as Langwallner navigated the ingredients company he founded, Symega, through the global financial crisis and other events. 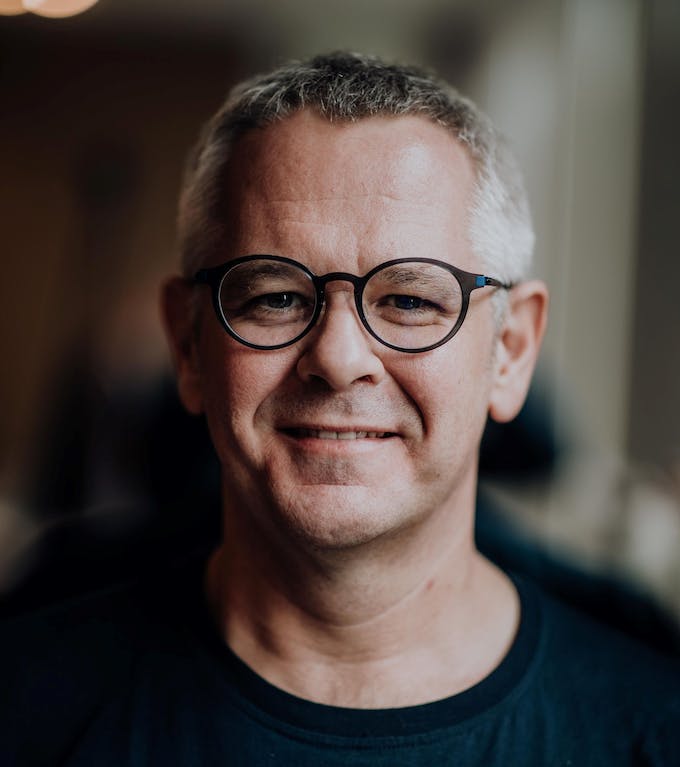 When the time came to move on, his joint venture partner bought Symega, and Langwallner moved with his family to Singapore and joined an international food and agribusiness firm.

There, he was tasked, among other things, with exploring supply chain transparency for various commodities with another multinational firm.

During the two-and-a-half years with the company, Langwallner began thinking deeply and digging into data on the agri-food industry. He realised that out of 300,000 species that were fit for human consumption, only three—wheat, corn and rice—were making up 60 per cent of all calories consumed.

The industry was also undergoing consolidation and farmers, with no control over the prices of their produce, were finding it difficult to survive.

“I started to dig deeper and deeper into the subject matter to try to understand foundational issues like degraded soils,” he said.

“If we keep on doing mono-culturing, then at some point sooner or later, we’ll be struggling to produce enough calories for 10 billion people while, at the same time, maintaining our primary forests,” he said, referring to the projected global population in 2050.

For Langwallner, the issues of public and planetary health were intertwined. “I was thinking about how the food we currently consume impacts the health of consumers. I saw it in my children and, frankly, I saw it in myself as well. I was so overweight,” he said. “I realised, if I continue this way, I will conk off soon.”

Langwallner’s instincts as an entrepreneur also resurfaced. A “farmer’s boy” who knew how to milk cows before he knew how to write his name, his family had a mid-sized farm rearing cattle and pigs and ran a restaurant in Salzburg’s countryside. From his parents, he inherited the instinct to strike out on his own.

If we truly want to appreciate sustainability for what it ought to be—healthier planet, healthier people, and a fairer and more just economy—then we have to start thinking differently.

What is true sustainability?

In 2013, he incorporated the Singapore food technology company NamZ. Sustainability, to the industry veteran, now meant promoting biodiversity by growing multiple crops and making use of degraded arable land. It meant fairer trade and enhancing the resilience of farming communities by enabling them to have multiple income streams. It meant producing healthy food, complete with micronutrients, that nourished consumers.

To him, it was obvious that there must be demand for diverse, soil-nourishing crops like legumes in order for farmers to grow them.

Drawing on his experience developing snacks, Langwallner, NamZ’s co-founder and chief executive, trained his sights on one of the world’s most popular convenience foods—instant noodles.

The product was invented in 1958 by Nissin Foods founder Momofuku Ando, a Taiwan-born Japanese who fried the noodles to remove their moisture and preserve them for a longer period. It was a “fantastic initiative” to feed the masses after the Second World War, but with the modern-day nutritional paradox of malnutrition and obesity, as well as the clearance of forests for agriculture, production has to be relooked, he said.

“It’s refined flour, refined palm oil, and a sachet with seasoning that is very powerful in terms of flavour. But at the end of the day, there are no nutrients,” he said.

With over 100 billion servings of instant noodles eaten a year, it was clear to him that if the comfort food could be redesigned, many issues, from farm to table, could be addressed. 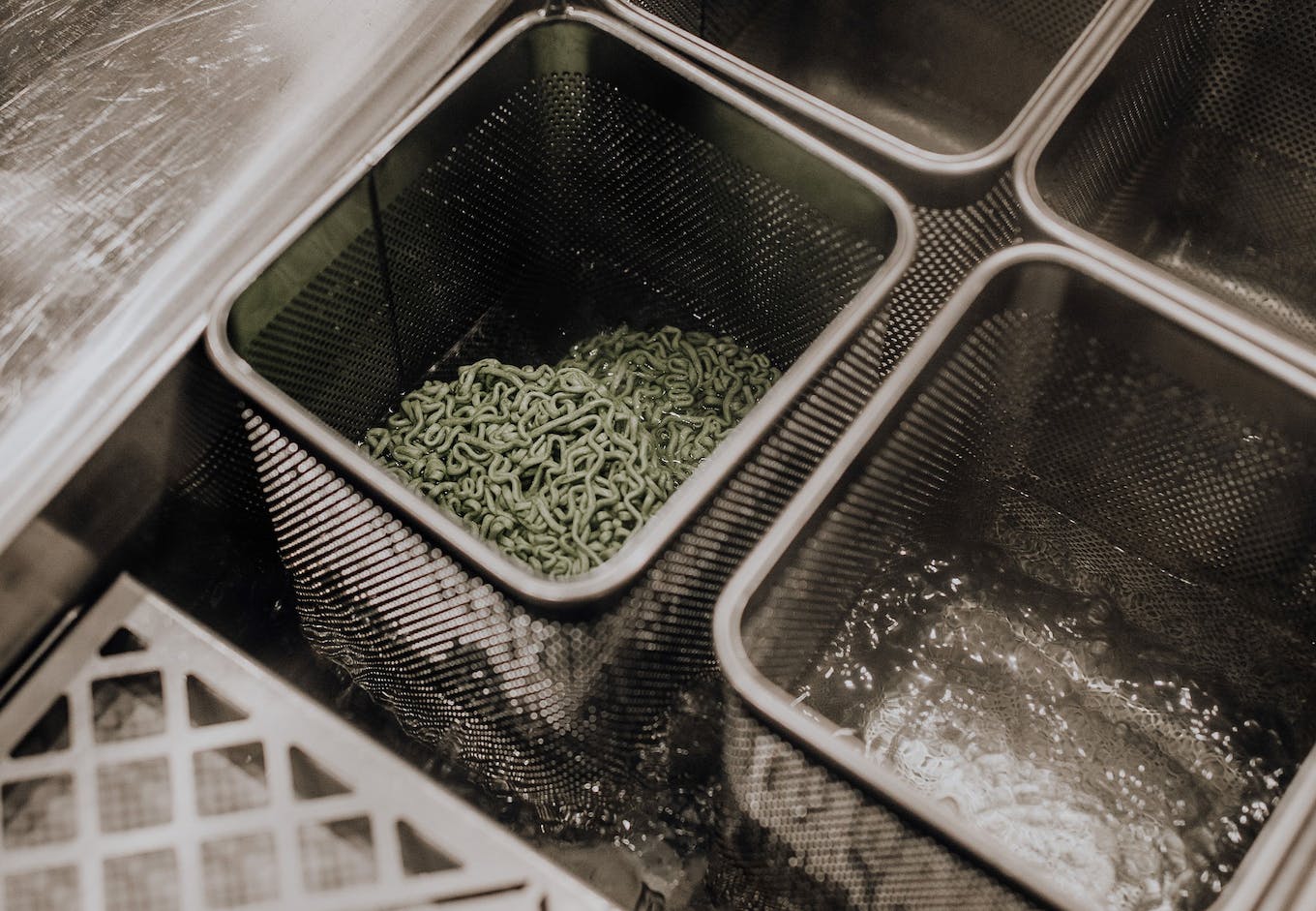 Langwallner initially wanted to make incremental changes to instant noodle production, for instance, merely reducing the oil being absorbed by the noodles. But nudged by NamZ co-founder, British food and cosmetics innovator Dr Peter Cheetham, he later scaled up his ambition and found a way to do away with deep frying altogether, instead dehydrating the noodles through steaming and high-velocity air.

This allowed NamZ to develop multi-coloured noodles free of synthetic colouring, and which use future-fit crops like the Bambara groundnut and moringa.  Future-fit crops are those that can withstand predicted climates, require less water, are nutrient-rich, and can produce good yields economically on degraded or marginalised land.

Its “quick noodles” are currently available at a handful of places such as Canteen 9 of Nanyang Technological University and Springleaf Prata Place outlets, and will be officially launched in Singapore within the next few months. The product has also drawn interest from upmarket eateries and may be rolled out in central Europe by the end of the year through a partnership with another company, said Langwallner.

NamZ will also look at the feasibility of more sustainable packaging options than plastic, going forward.

The company is in the midst of growing its operations. After establishing its technology on smaller scale at a facility in Malaysia’s Iskandar region, it has found a technology partner in the region that has invested in an industrial-scale manufacturing plant.

In the meantime, Langwallner has embraced a healthier lifestyle. He became a flexitarian a few years ago before switching to vegetarianism about one-and-a-half years ago.

“If we truly want to appreciate sustainability for what it ought to be—healthier planet, healthier people, and a fairer and more just economy—then we have to start thinking differently,” he said.

The current food system, with its reliance on a handful of crops, is inadequate and unsustainable in the face of climate change and population growth. 'Future-fit' crops are key to solving malnutrition and feeding a larger population.
How 'future-fit' crops can protect the environment and provide for the future

How food systems can tackle malnutrition while healing the planet

Over 2.1 billion people are obese or overweight while another 821 million go hungry. Governments must regulate and educate, and the food industry must offer products that are good for human health and the climate.
How food systems can tackle malnutrition while healing the planet