5 places to eat in Asia that doesn't cost the earth

Hungry? Sink your teeth in scrumptious meals prepared by chefs who marry gastronomy with sustainability.

Sustainably produced, farm-to-table dining is not exactly the new kid on the culinary block. It’s easy to forget that it’s how people have lived and eaten since time immemorial—at least, that is, until the industrialisation of food production. A number of restaurants famously and passionately embraced its philosophy, notably Alice Waters’ famed Chez Panisse in Berkeley, California, morphing a few decades later into the trend we see today.

They helped grow a trend for using hyper-local produce, crafting dishes with ingredients that have often travelled no further than a couple of hundred steps. Here’s a look at five spots around Asia embracing this approach to brilliant effect: 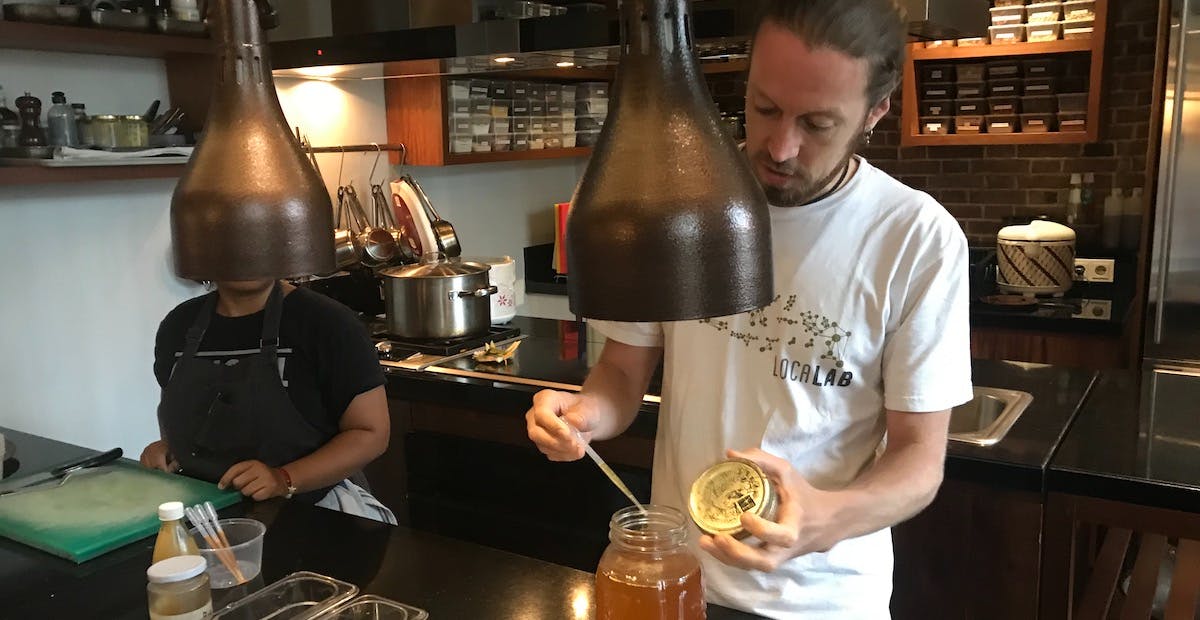 The clue’s clearly in the name at Locavore in central Bali’s elegant royal capital, Ubud. It’s where Dutchman Eelke Plasmeijer and Indonesian Ray Adriansyah have continued to wow the public and critics alike with their cuisine and approach to hospitality. In 2017 they were not only named the best restaurant in Indonesia at Asia’s 50 Best Restaurants, they also scooped ‘Asia’s Most Sustainable Restaurant’ that is presented annually to the restaurant “with the highest environmental and social responsibility rating.” The incredible bounty from Bali’s rich volcanic soil is used to great effect in dishes which need no explanation, thanks to the menu’s explainer: “Into the sawah: AKA everything that lives, grows and swims in and around the Ubud rice fields. Heritage galuh rice porridge, 64 degrees duck egg yolk, snails, frog leg abon, fern tips, wild flowers.” 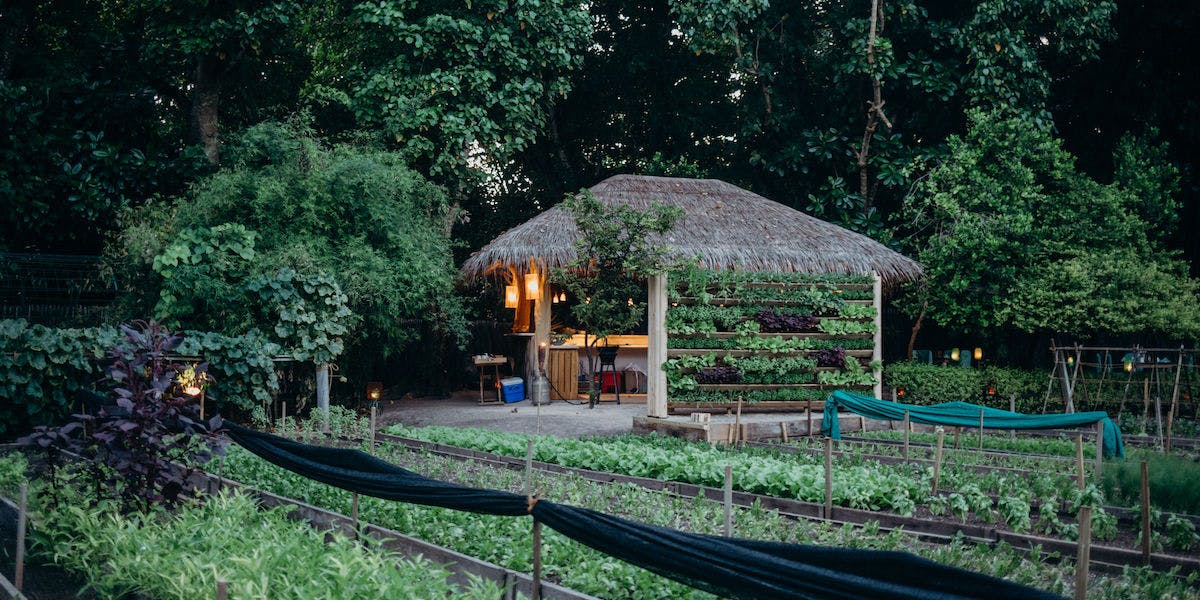 If it’s good enough for Madonna, there’s a strong chance that even the pickiest diners will be happy. The Queen of Pop was a recent guest at the ultra-exclusive Soneva Fushi resort on a private island in The Maldives. Amidst multiple dining options, all imbued with the property’s unique and profound appreciation of sustainability, the plant-based dining at Shades of Green is the most interactive on offer. That’s because the young and talented Filipina chef Jenefer Espero leads diners on a tour of the beautiful walled garden featuring a huge array of fruits, vegetables, herbs and more. These are crafted into a gourmet menu featuring dishes such as pumpkin roasted in a firepit, then simmered in coconut milk, chili and lemongrass. Jerusalem artichoke chips had vegetarian diners giddy with excitement, even before the rest of the plate with asparagus and morel mushrooms was discovered. 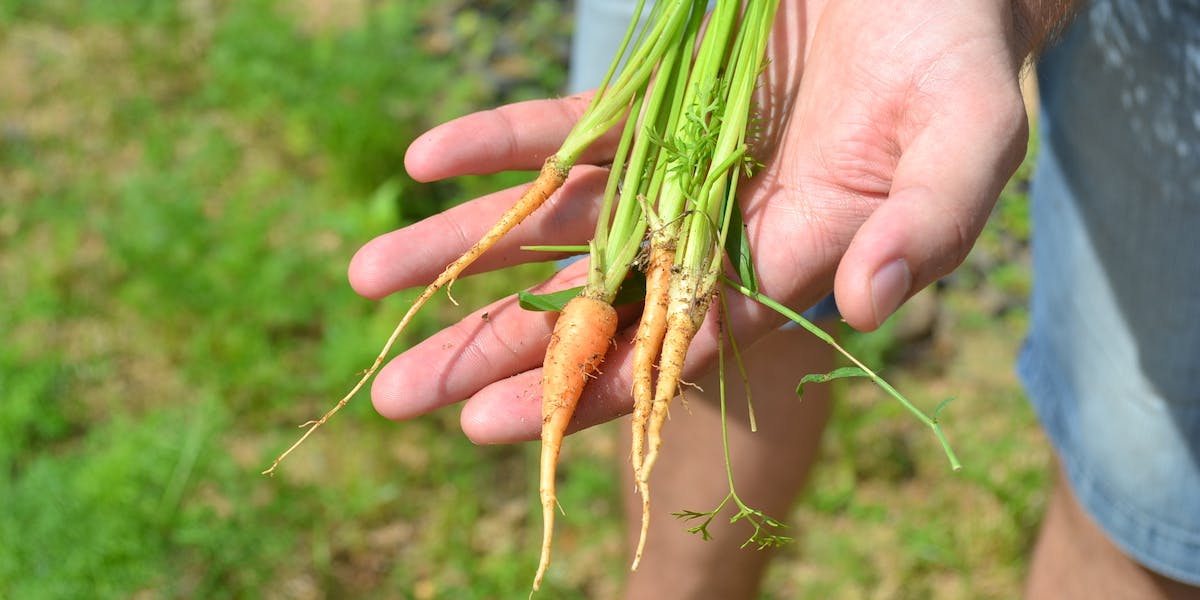 Leaving the turquoise Andaman Sea behind you, the journey to Pru Jumpa farm in northern Phuket involves a bumpy road before arriving in the place aptly which translates as ´the forest by the sea´. It has become the personal playground and creative hub for Michelin-starred Dutch chef Jim Ophorst. He takes the first class produce a few miles back to the elegant Trisara resort and his restaurant Pru – “Plant, Raise & Understand” – before working his magic. Zucchini and baby cucumber, limes and tomatoes, papaya and pumpkin are just some of the ingredients at his call, as well as free range eggs and catfish from their freshwater lake. Ophorst makes everything at Pru on site, including his sensational smoked coconut butter to accompany freshly-baked sourdough.

The self-styled home of vegetarian food in Manila, Corner Tree have been doing their thing for more than a decade. In a country known for its love of meat, they’ve been genuine trailblazers with their organic, sustainable menu that serves dishes from around the world—as long as they’re vegetarian or vegan. That translates into plates such as North African vegetarian stew, rich with Moroccan spices, or a teriyaki bowl where tofu is the hero. Corner Tree started life as a stand operating at organic markets, before opening their permanent base in the business heart of Makati. Ingredients come from local farms and sustainable operations are front and centre. Owner Chiqui Mabanta says: “Because of our growing consciousness, we are able to make better choices for our health, the animals’ and our planet’s well-being”. With a common sense philosophy like that, it’s easy to see why it’s become a popular go-to in the capital. 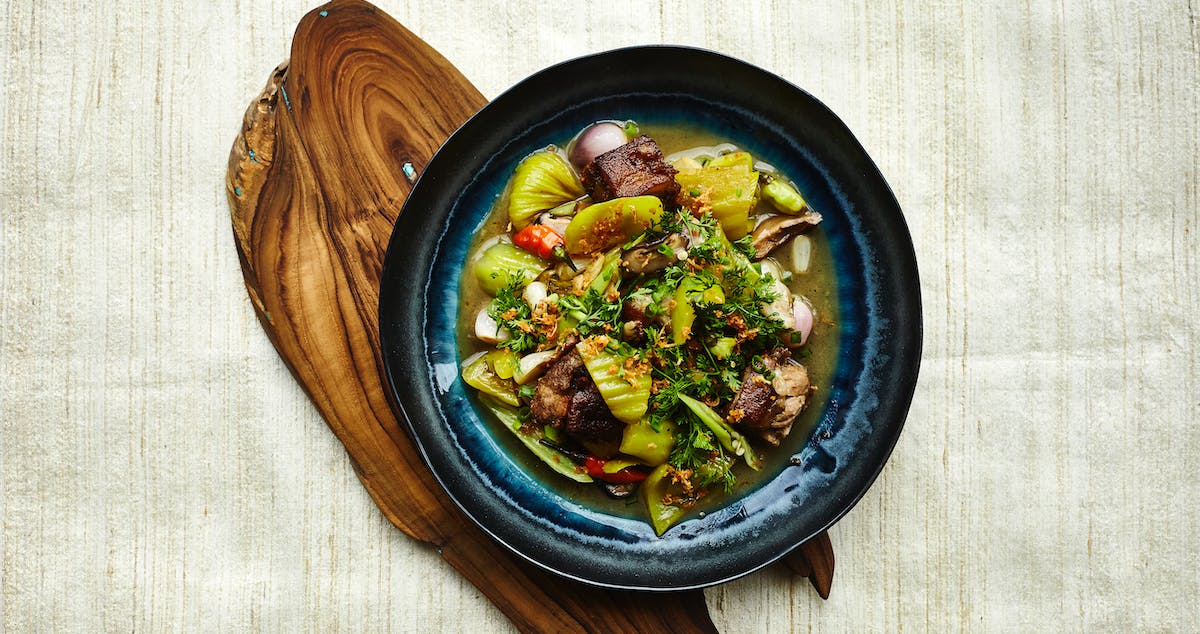 Finally to the beautiful town of Luang Prabang in Northern Laos where Chef Bongkoch ‘Bee’ Satongun, the 2018 winner of Asia’s Best Female Chef, digs deep into the local ground for ingredients and inspiration at Paste Laos. Of Thai-Lao heritage, Bee and her Australian husband Jason Bailey together celebrate royal Lao cuisine in dishes such as their version of kalee ped, a classic recipe for duck curry. It was originally created by a chef at the Royal Laos Court and they make the most of the flavours and textures of produce found in the farms, rivers and mountains of an often-overlooked culinary destination. Other dishes on offer include a stunning salad of cured eggplant, air-dried beef, ginger flower, fermented guava with kaffir lime juice and a dry spice mix. All ingredients are sourced from their own farm or local properties, in keeping with their philosophy of sustainable eating wherever possible.

This piece was republished with permission from The Purpose Business.