Say hello to EVA, the first car to be designed and made in Singapore and the world's first electric taxi for tropical megacities. The quick-charging, long-range car features innovations that could drive sustainable changes in public transport in cities.

Researchers from the Nanyang Technological University (NTU) and Germany’s Technische Universität München (TUM) on 24 April unveiled an electric taxi that is the first car to be designed, developed, and made in Singapore.

Also the world’s first electric taxi for tropical megacities, EVA, boasts features such as a lightweight carbon-fibre body, an energy efficient air conditioning system, seats that suck away moisture and heat, and a fast-charging battery system that will allow the car to travel up to 200 kilometres on just a 15-minute recharge, among others.

EVA was developed by TUM CREATE, a partnership between NTU and TUM to study electric mobility. It was unveiled by German Ambassador Michael Witter, along with NTU president Bertil Andersson and TUM vice president for research and innovation Thomas Hofmann. 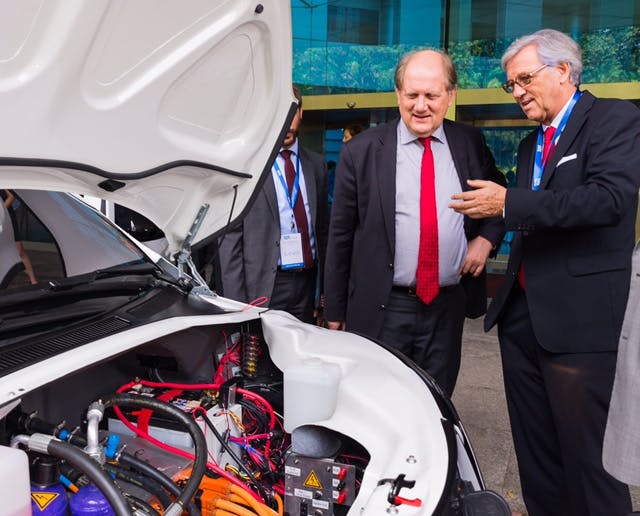 The researchers behind EVA said they focused on building a sustainable taxi because although cabs make up only three per cent of Singapore’s vehicle population, they account for 15 per cent of the total distance travelled by all vehicles on the island.

An electric taxi in hot and humid Singapore would need a short charging time, long range, and a comfortable environment for passengers, noted the researchers, adding that the technologies showcased in EVA “can be adopted in both current and future vehicles to reduce their carbon footprint”.

For example, the car’s overhead air conditioning system delivers cold air to a passenger’s upper body, which keeps them comfortable without needing to cool down the entire cabin. Vents in unoccupied zones of the vehicle can also be switched off to conserve energy. 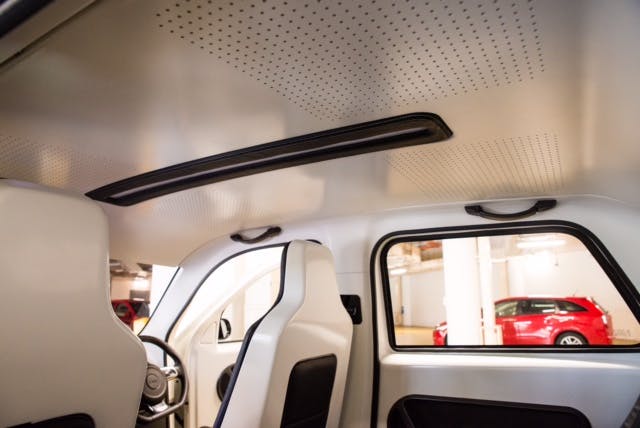 Markus Lienkamp, scientific advisor director at TUM CREATE shared that the idea for the project came four years ago when researchers questioned whether electric vehicles were suitable for public transport systems in megacities. A team of 40 researchers, mostly PhD students from about 20 nationalities, built the car over two years.

The university has identified electric mobility as one of the solutions necessary to tackle climate change, noted NTU president Andersson, adding that “our success in building an electric car for the tropics is a big step forward in realising our vision for a more sustainable future for everyone”.

Andersson also pointed out that the car was the first ever to be designed and made in Singapore, and said that although automotive manufacturing is not a core economic activity in Singapore, “the nation’s economy will definitely benefit in the long run through technology transfer”.

“We are now among the leaders in electro-mobility systems and will be able to offer our knowledge and services to the automotive industries in this region,” he added.

TUM CREATE chief executive Maria-Elisabeth Michel-Beyerle also noted that the technologies developed for use in EVA had caught the attention of the automotive industry worldwide and already clinched a technology award in Munich, Germany.

“We are also now in discussions with some companies who are interested to commercialise our innovation,” she shared.

Along with the car’s sustainability features, EVA is also fitted with other amenities essential for a taxi. These include a large storage space for luggage, an fold-out child seat, and an infotainment system which allows passengers to control air conditioning and audio settings from their mobile devices. 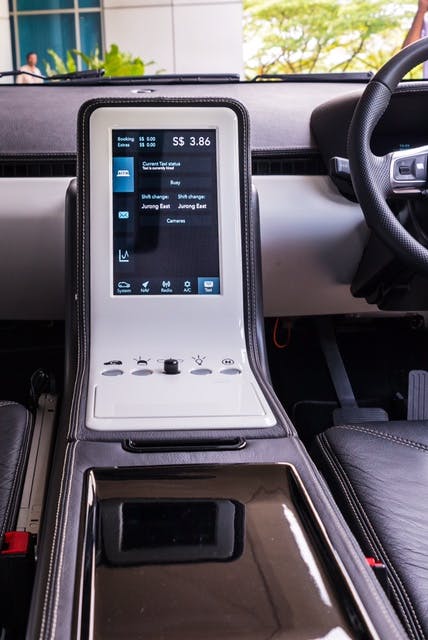 EVA has a built-in infotainment system which can display fares, navigate with maps and play music from the radio. Image: NTU Singapore

Despite being feature-heavy, EVA is actually 150 kilogrammes lighter than other similar-sized taxis, said NTU.

Lienkamp added that the successful design of a vehicle specially for public transport “has opened up new questions for us to explore, mainly how purpose-built electric vehicles would fit into the whole transport eco-system together with the trains and buses”.

To begin with, TUM CREATE will test the car further on the NTU campus, which is already a test-bed for other prototype electric and autonomous vehicles.

The university aims over the next four years to become a national test-bed for smart mobility solutions such as technology that enables cars to ‘talk’ to traffic infrastructure and other cars.