Together it stands, divided it falls. EU, through its environment ministers, had agreed to ratify the Paris Agreement through a process that would enable individual countries to send their instruments of ratification directly to the UN. 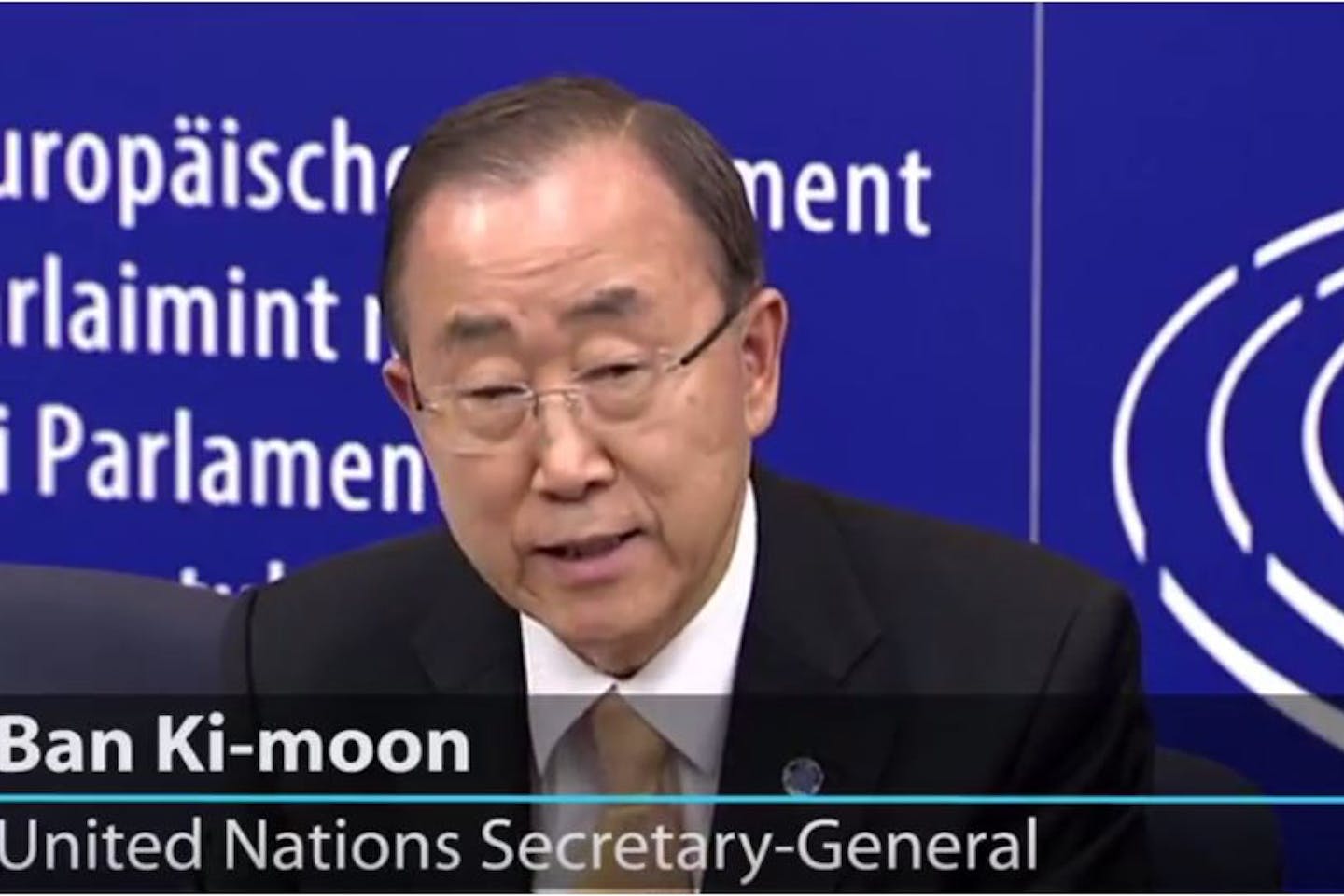 Addressing the plenary of the European Parliament, United Nations Secretary-General Ban Ki-moon today called its members to approve a speedy ratification by the European Union (EU) of the Paris Agreement on climate change and to help lead the world to a better future.

“I can think of no better way to secure the legacy of Paris than to have the Agreement enter into force in record time, backed by the support of the world’s most powerful economies and its most vulnerable countries,” said Ban in his remarks to the European body at its headquarters in Strasbourg, France.

“In the name of humanity and for the sake of future generations, I encourage you to support the speedy ratification of the Paris Agreement,” he added.

On 30 September, EU environment ministers had agreed to ratify the Agreement through a process that would enable individual countries to send their ratifications directly to the UN. The next step is the approval of the process by the European Parliament.

In his remarks today, the UN chief recalled that one of the two requirements that will allow the Agreement to enter into force first has already been achieved with 55 country ratifications (as of now 63 countries have ratified the Paris Agreement) and that the second one – that 55 per cent of greenhouse gas emissions accounted for – is close to being secured (it currently stands at 52.11)

I can think of no better way to secure the legacy of Paris than to have the Agreement enter into force in record time.

Earlier in September, China and the United States, the world’s two largest emitters, formally joined the accord, and with India’s ratification just two days ago, the treaty’s entry into force is getting very close, but still a bit more effort is needed.

“Rapid entry into force would demonstrate anew Europe’s commitment to international cooperation, which is at the heart of the European Union’s identity,” noted the UN Secretary-General, highlighting that it would spur the transformation to a low-carbon, high-opportunity, climate-resilient economy needed to keep global temperature increase well below the agreed 2 degrees Celsius mark.

Hailing the leadership of the EU on addressing the challenges posed by climate change, including its role in the UN Framework Convention negotiations, support for the Green Climate Fund and other funding mechanisms, Ban highlighted that today offered them another opportunity to demonstrate their global climate leadership.

Concluding his remarks, the Secretary-General also thanked the EU and the European Parliament for their support to the UN and expressed hope that the EU will continue its support of to the UN in its work for human rights, sustainable development and lasting peace.

Also today, speaking to the media in Strasbourg after the European Parliament approved the fast track ratification process, Ban said that the approval reaffirmed the European Parliament’s support for urgent action to address climate change, and to turn it into an opportunity for building safer, healthier, and more prosperous societies.

He added that by their action, European Parliamentarians underscored their commitment to international cooperation. He also thanked them and President Martin Schulz for their leadership.

This story was published with permission from the UN News Centre.