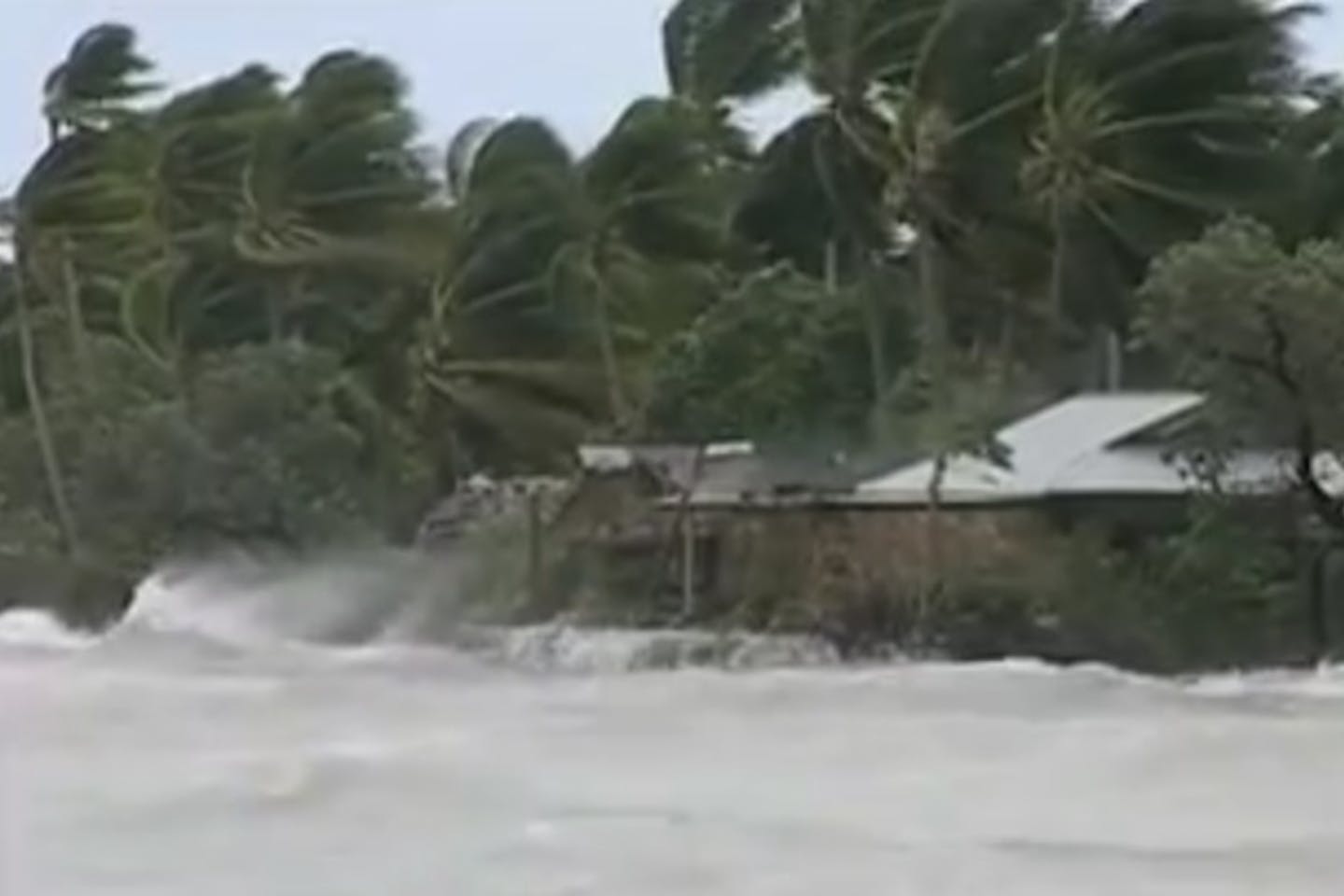 A file video produced by the government of Kiribati, uploaded in Youtube in 2009.
IPS
Friday 14 August 2015

The tiny island of Kiribati in the Central Pacific, with a population of about 103,000, has long been identified as one of the UN member states threatened with physical extinction due to sea-level rise triggered largely by climate change.

Expressing these fears, Kiribati President Anote Tong has called on world leaders, on the eve of a summit meeting at the United Nations next month, for “a global and immediate moratorium on all new coal mines and coal mine expansions.”

In a letter to the leaders of the 193 member states, he has urged them to back his call to action in the lead-up to the Paris climate talks in December.

Speaking on behalf of “a nation faced with a very uncertain future”, he says: “It would be one positive step towards our collective global action against climate change and it is my sincere hope that you and your people would add your positive support in this endeavour.”

The president, who is scheduled to address the UN General Assembly on September 30, already has strong backing from Greenpeace International,

I have now seen first-hand what a sea level rise means for the people of Kiribati. It is not some scientific modelling or projection – it is real, it is happening now and it will only get worse.

“And it’s used to produce nearly 40 per cent of the world’s power,” she pointed out.

Coal mining, the first step in the dirty lifecycle of coal, causes deforestation and releases toxic amounts of minerals and heavy metals into the soil and water, she said.

“Coal mining’s effects persist for years after coal is removed. Coal also causes damage to people’s health and communities around the world. While the coal industry itself isn’t paying for the damage it causes, the world at large is,” said Minshull.

To avoid the worst impacts of climate change, including widespread drought, flooding and massive population displacement caused by rising sea levels, she noted, “we need to keep global temperature rise below 2 degrees C (compared to pre-industrial levels). To do this, global greenhouse gas emissions must peak by 2015 and from there go down to zero.”

Speaking from Kiribati, where is currently on a visit, the Executive Director of Greenpeace International, Dr. Kumi Naidoo, said the people of Kiribati are refusing to be silenced by reckless governments and corporations that are perpetuating climate change, and which in turn is causing rising sea levels.

“I join President Tong in calling on all leaders of similarly threatened islands to stand together and demand climate justice,” Naidoo said.

“I have now seen first-hand what a sea level rise means for the people of Kiribati. It is not some scientific modelling or projection – it is real, it is happening now and it will only get worse,” he added.

Asked about the power wielded by the coal mining lobby and corporations that are in the coal mining business, Minshull told IPS the fossil fuel industry as a whole has a long history in the US of disseminating misinformation on the impacts of climate change and using underhanded tactics to gain positive legislative outcomes for their industry.

She said Greenpeace put out an excellent report last year exposing the influence of the fossil fuel industry including coal.

The Union of Concerned Scientists says “for nearly three decades, many of the world’s largest fossil fuel companies have knowingly worked to deceive the public about the realities and risks of climate change.”

Their deceptive tactics are now highlighted in seven “deception dossiers“— collections of internal company and trade association documents that have either been leaked to the public, come to light through lawsuits, or been disclosed through Freedom of Information (FOIA) requests.

Naidoo said, “We know the science and we know the end of the age of coal is coming. Scrambling to dig up more dirty coal can only be driven by ignorance or sheer disregard for the millions of people at risk from burning it.”

“We need international leadership on this issue and a planned retreat from coal involving a just transition for existing workers and developed in consultation with affected communities,” he declared.

An assessment by the Intergovernmental Panel on Climate Change (IPCC) stressed that the sea level rise projected for this century will present ‘severe flood and erosion risks’ for low-lying islands, with the potential also for degradation of freshwater resources.

Every high tide now carries with it the potential for damage and flooding. In some places the sea level is rising by 1.2 centimetres a year, four times faster than the global average.

This means that 80 per cent of coal reserves must remain unused if we are to have any chance at protecting nations like Kiribati, the Marshall Islands and the Philippines, according to Greenpeace.