‘There is no time to waste’ Ban says, as Paris climate accord crosses first threshold for entry into force

With 31 more countries submitting their instruments of ratification for the Paris climate pact last week, UN Secretary-General Ban Ki-moon says he is confident the Paris Agreement will have entered into force before his term concludes. 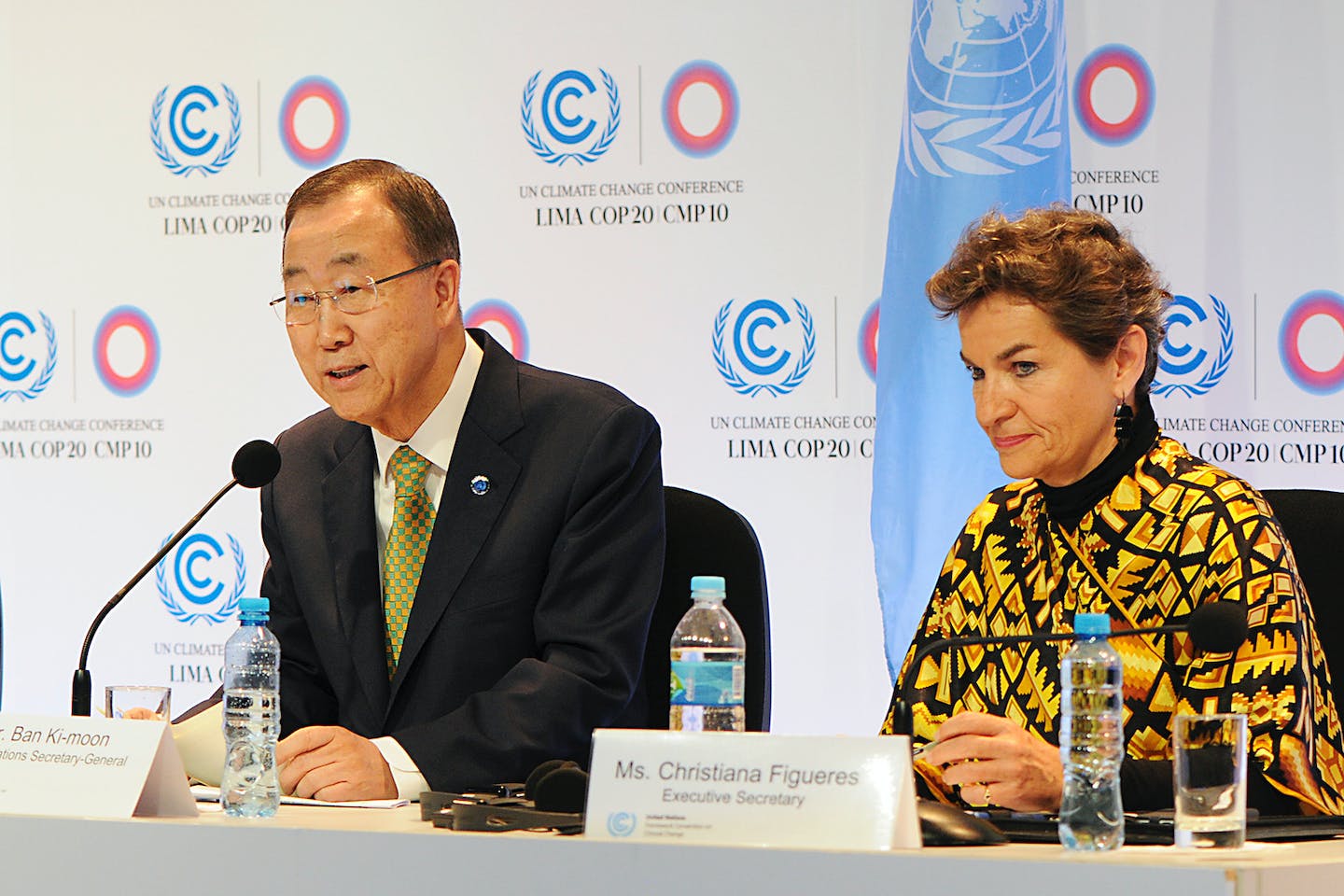 United Nations Secretary-General Ban Ki-moon declared on 21 September that more than 55 countries have formally joined the Paris Agreement on climate change signed by world leaders this past April, officially crossing one of the two thresholds required to bring into force the landmark pact that seeks to put the world on a path towards low-carbon growth and a more sustainable future.

“I am confident that, by the time I leave office, the Paris Agreement will have entered into force,” the UN chief said in remarks following a high-level event on the Agreement’s entry into force at UN Headquarters in New York this morning. “This will be a major achievement for multilateralism.”

At the meeting, 31 additional countries deposited their instruments of ratification for the Agreement, bringing the total to 60 countries that together represent more than 47.5 per cent of global greenhouse gas emissions.

Adopted in Paris by the 195 Parties to the UN Framework Convention on Climate Change (UNFCCC) at a conference known as COP21 this past December, the Agreement calls on countries to combat climate change and to accelerate and intensify the actions and investments needed for a sustainable low-carbon future, and to adapt to the increasing impacts of climate change. Specifically, it seeks to limit global temperature rise to well below 2 degrees Celsius, and to strive for 1.5 degrees Celsius.

The pact – which was signed in New York on 22 April by 175 countries at the largest, single-day signing ceremony in history – will enter into force 30 days after at least 55 countries, accounting for 55 per cent of global greenhouse gas emissions, deposit their instruments of ratification. Following today’s meeting, formal approval from countries representing 7.5 per cent in global emissions is still needed.

In early September, the world’s two largest emitters, China and the United States, joined the Agreement.

Noting that he is heartened by the “tremendous support” for bringing the Agreement into force in 2016, the Secretary-General said that a “diverse group” of world leaders have committed to ratify and deposit their legal instruments this year. That group includes Australia, Austria, Bulgaria, Cambodia, Canada, Costa Rica, Côte d’Ivoire, the European Union, France, Germany, Hungary, Kazakhstan, New Zealand, Poland and the Republic of Korea.

“Now, this means we will cross the final barrier for entry into force of the Paris Agreement,” Mr. Ban stressed, appealing to all leaders to accelerate their domestic procedures to join the Agreement this year.

This story was published with permission from the UN News Centre. Read the full story.