Mongolia's punishing winters see temperatures falling to 30 degrees below zero, making home insulation a must-have. Here's how an EU-funded initiative is providing an alternative to imported and unsustainable materials that Mongolians use today. 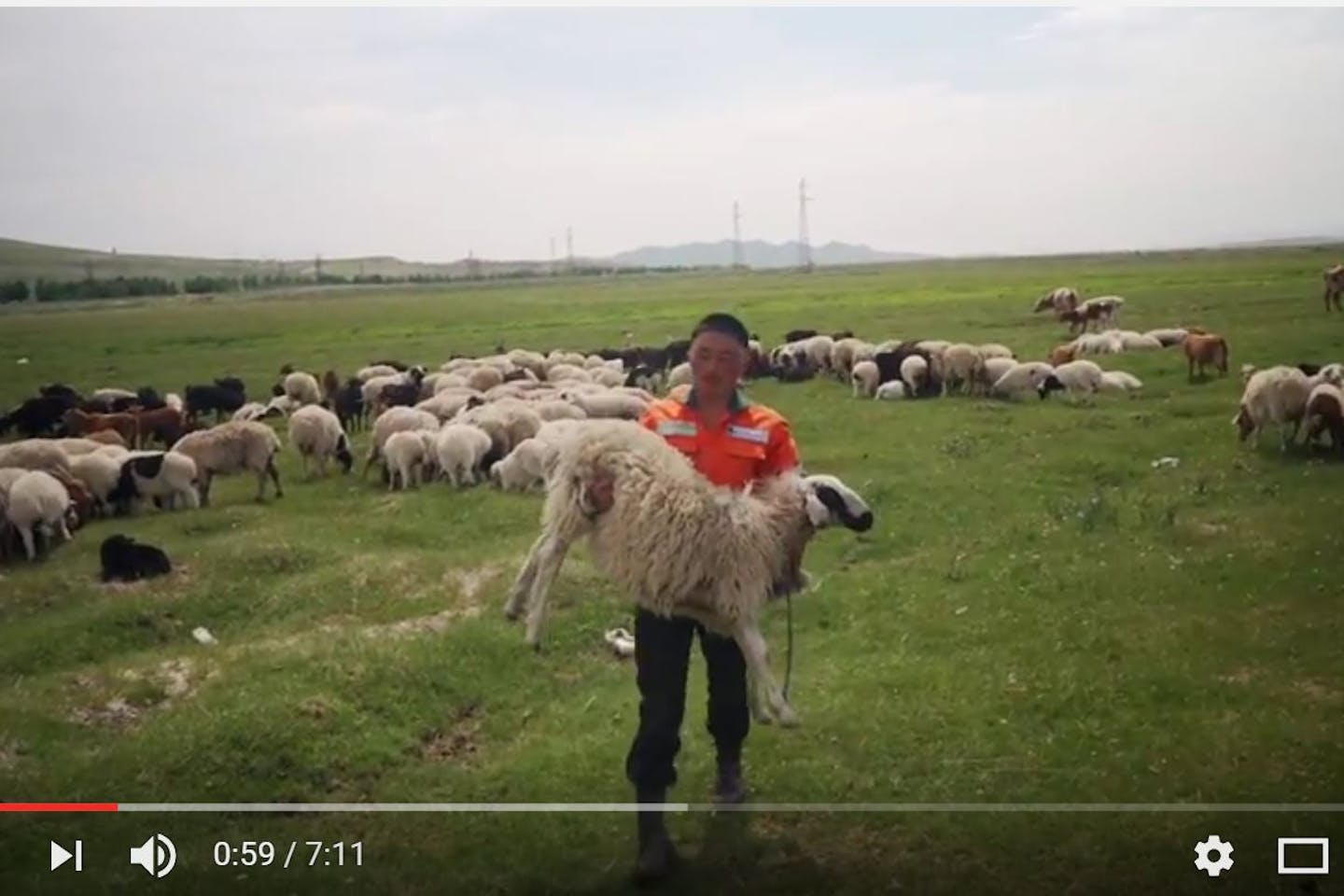 While most Mongolians use imported material made from plastic, glass or rocks to insulate their homes against the country’s hot summers and freezing winters, a Czech non-government organisation has unveiled a new alternative that is locally sourced, abundant and biodegradable: sheep wool.

Developed by Prague-headquartered NGO People in Need (PIN), the project dubbed “Sheep Wool Building Materials” set out to use wool from the sheep roaming the Mongolian steppe— estimated to number over 25 million—to develop home insulation material.

With funding from the European Union’s SWITCH-Asia Programme, the largest EU programme for sustainable production and consumption in Asia, PIN provided technical assistance to manufacturing partners for producing insulation that is sustainably sourced and biodegradable at the end of its lifecycle.

Many Mongolian residents, mostly poor people living in the countryside or in dwellings on the periphery of capital city Ulaanbaatar, can’t afford imported insulation or modern energy-powered heating.

So they must go without during the country’s punishing winters, which can last up to eight months and with temperatures falling to thirty degrees below zero.

The deadly cold spell is even worse during a dzud - a natural disaster unique to Mongolia - which last year saw temperatures dropping to -50 degrees Celsius with more than 1 million animals killed either from starvation or from the cold.

So far, the economic advantages lie more in the fact that the production is relatively more labour intensive and involves many actors all based in Mongolia benefiting financially from its production.

The dire need for insulation to improve quality of life served as the impetus behind PIN’s decision to explore the suitability of sheep wool - one of the country’s most abundant raw materials - as a greener insulation alternative.

In 2013, the group perfected the manufacturing technology needed to make sheep wool insulation. It also ensured that Mongolia’s sheep wool was evaluated and certified according to European standards.

By mid-2016, sheep wool insulation had been installed in up to 175 Mongolian houses, equivalent to 52,500 square metres of home space.

Quentin Moreau, country director for PIN in Mongolia, noted that wool is not only renewable but biodegradable, making it environmentally sustainable.

By comparison, he explained, fuel based polystyrene or rock wool require large amounts of energy for production and are currently not recyclable in Mongolia, and could be harmful for the environment and human health.

Discarded polystyrene takes hundreds of years to biodegrade, and usually ends up in the oceans where it is mistaken for food by marine animals. Rock wool has been scrutinised for potentially causing cancer.

Beyond making homes more comfortable, the EU’s sheep wool insulation project hopes to create value from an abundant raw material and to offer livelihoods for people involved in its production.

Prior to being used for insulation, sheep herders were forced to sell their wool at very low prices because of its coarse texture. Now, with technology available to process coarse sheep wool as an insulation material, the value of sheep wool has significantly increased.

This has yet to translate into increased income for sheep herders, though, partly because of a slowdown in home construction in Mongolia.

“So far, the economic advantages lie more in the fact that [sheep wool insulation] production is relatively labour intensive, and involves many actors all based in Mongolia that benefit financially,” Moreau said.

Eco-Noos LLC, based in Darkhan, is one of those companies. It has had its products certified for export to Japan and is planning to start selling overseas soon.

“Mongolian sheep wool insulation is very competitive, at a cost of US $2.50 to $3.00 per sqm in 5cm thickness, especially compared to similar Europe-made products positioned in an almost luxury niche market”, said Moreau.

In the future, this could mean increasing exports to Europe and other countries, and possibly increasing the income of Mongolian herders, Moreau said.