On Mar 9, watch a solar-powered live streaming of a solar eclipse

Panasonic will film live the total solar eclipse happening on March 9 and air the event from Ternate, Indonesia using power from the sun stored in its portable energy storage system. 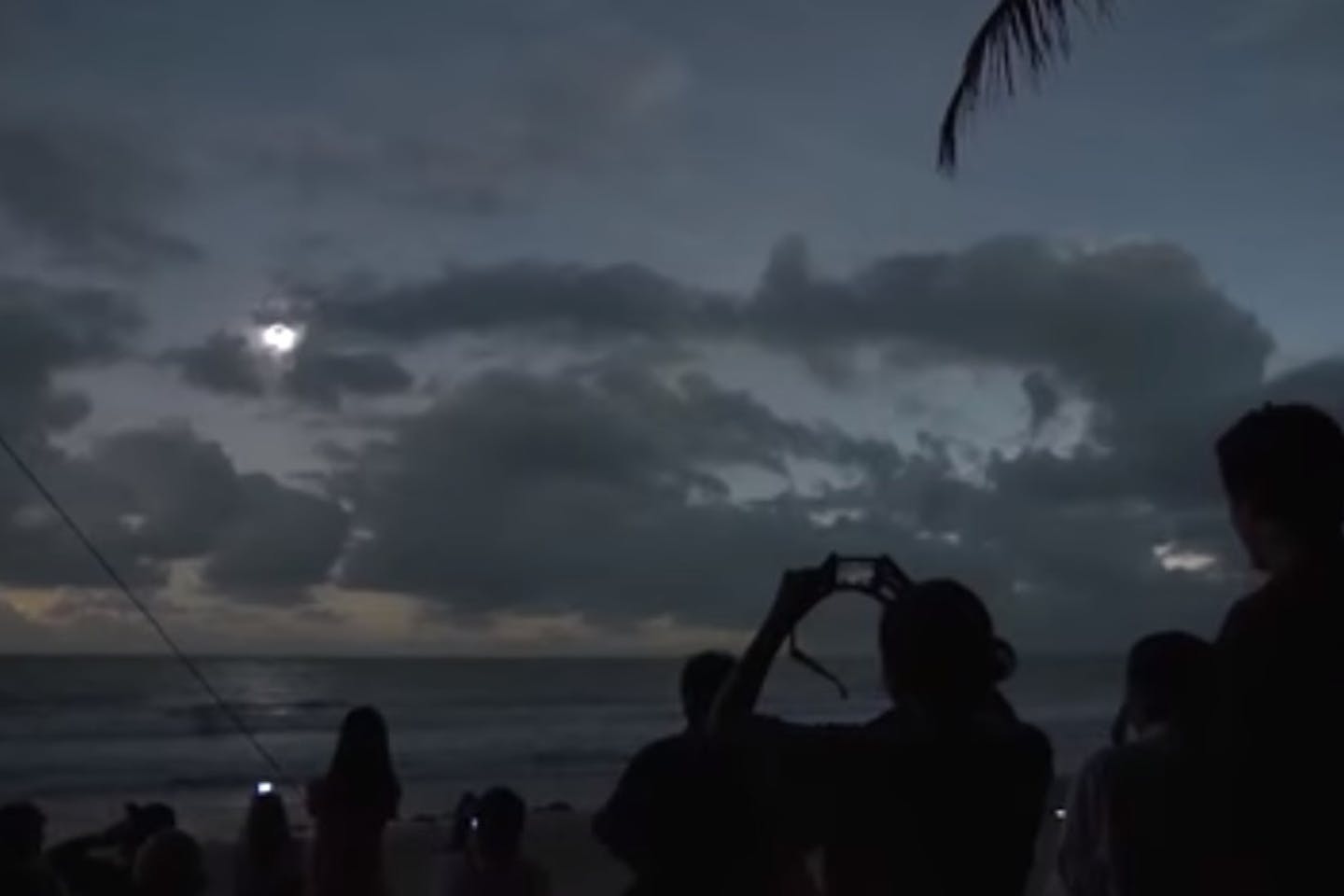 Audiences around the world interested in the total solar eclipse taking place on March 9 can now watch this phenomenon via live streaming. What’s more, this operation will be entirely powered by solar energy.

Japanese electronics giant Panasonic announced last week that it will set up the live filming and broadcasting of the eclipse from Ternate island in the Moluccas, eastern Indonesia.

A total solar eclipse - an astrononimcal phenomenon when the moon comes in between the Earth and Sun and covers the entire disc of the sun - happens once every one to two years and is fully visible only on a small fraction of the Earth’s surface.

The last total solar eclipse took place on March 20, 2015 and was visible from Faeroe island, Svalbard in Norway.

This year’s total solar eclipse, which will last for about four minutes, will only be experienced fully in Indonesia’s Sumatra, Borneo, Sulawesi islands and some islands in Micronesia.

Panasonic said it will deploy its portable renewable energy storage system to power the operation. This will include 12 of its trademark solar modules which will generate about 3 kilowatts (kW) of electricity atop the storage system, which has 24 built-in lead-acid storage batteries.

The Japanese firm has previously filmed two other solar eclipse events in recent years, which took longer to set up as it did not use its portable energy storage system.

Online viewers can watch the spectacle here starting at 5am, Wednesday in Ternate and Tuesday, 8pm GMT.