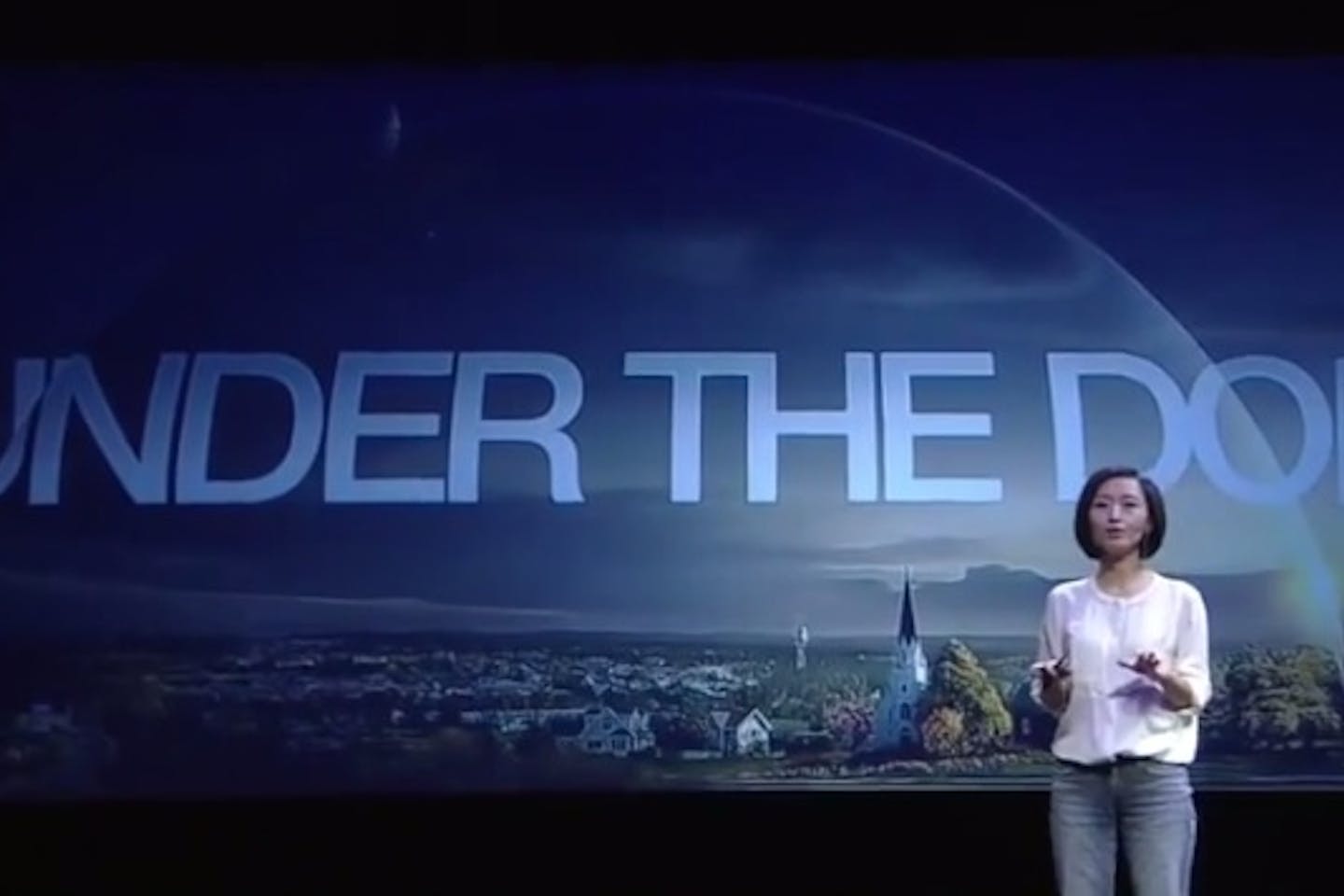 This is the first few minutes of the documentary film 'Under the Dome' with English translations courtesy of Jonathan Papish.
Thomson Reuters Foundation
Tuesday 3 March 2015

Could “Under the Dome”, Chinese journalist Chai Jing’s new documentary about pollution, become China’s “Silent Spring”, the 1962 book that spurred the development of the US environmental movement?

Since it was released online on Saturday, the film has been viewed more than 150 million times and has sparked a national debate on environmental problems.

“Under the Dome”, which explains air pollution in personal, straight-forward terms, was well-timed: this week China’s National People’s Congress, the country’s parliament, holds its annual meeting.

“This is a remarkable milestone,” Li Yan, Beijing-based climate and energy campaign manager for environmental group Greenpeace, said of the film.

I really need to protect my family, that’s the main bottom line.

Chai was a well-known journalist on state-run television before making the documentary.

Environmental awareness has been increasing in China, especially since air pollution levels in Beijing hit record highs in January 2013, a phenomenon dubbed the “airpocalypse”.

The documentary has touched a national nerve.

“It’s not that people aren’t expressing these messages already.”

The film begins with Chai Jing’s experience as a pregnant woman and then a mother of a child born with a benign tumor, which had to be removed. It looks at China’s pollution, how it affects health, and what can be done about it.

Greenpeace’s Li Yan said Chai’s documentary and the public debate it has generated could help the environmental ministry garner the resources it needs to implement a new, tougher environmental protection law that raises penalties for polluters.

But obstacles to clearing China’s skies are daunting.

The country is heavily reliant on coal and car ownership is growing fast.

State-owned enterprises, which dominate heavy industry, can at times be more powerful than their regulators.

The film might prove a boon to other industries.

Sales of air purifiers at the Blue Air store on 3c.tmall.com, an online home electronics shop owned by Internet giant Alibaba, more than doubled the day after the documentary was released.

Wang Zhen, a public relations executive in Shanghai, said the documentary finally convinced her to buy an air purifier.

“I really need to protect my family, that’s the main bottom line,” she said.