Airing on Sunday March 5 at 8pm, a new ChannelNews Asia documentary features Eco-Business editor Jessica Cheam on a journey from India to Copenhagen to glean lessons on what Singapore can do to overcome one of its most pressing challenges.

A slowing economy, disruptive technologies that threaten thousands of jobs, a rapidly ageing citizenry, climate change and cyber threats to national security and identity. These are just some of the biggest challenges confronting Singapore today.

What is the country doing to respond to these looming threats? What might happen if it fails to adapt?

The answers in Challenge Tomorrow, a new documentary by ChannelNews Asia which airs on Sunday, March 5, at 8pm, and features Eco-Business editor Jessica Cheam as she investigates the issue.

Cheam explores the impact of rising seas in India, drought in Malaysia and green innovations in Denmark; and learns what Singapore is doing to mitigate and adapt to climate change.

Here’s a sneak peek of the documentary in pictures. 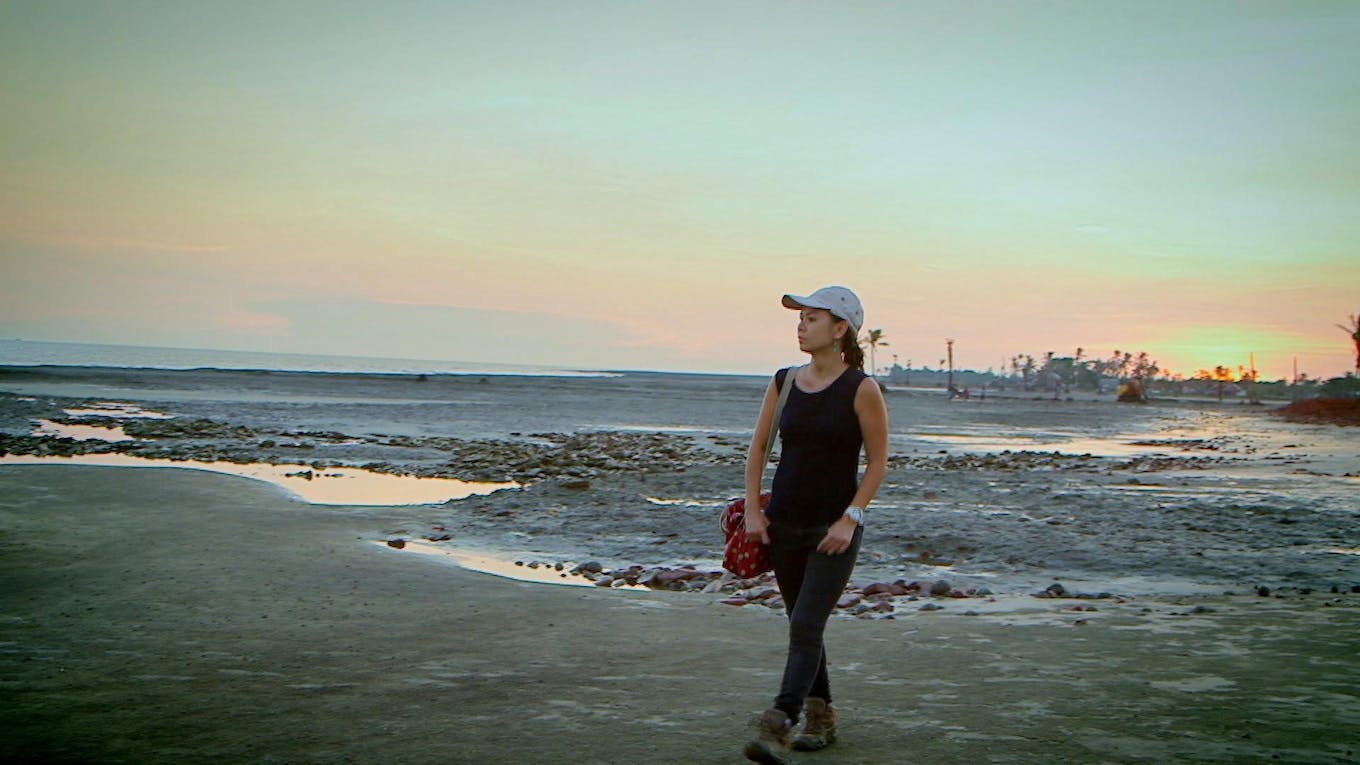 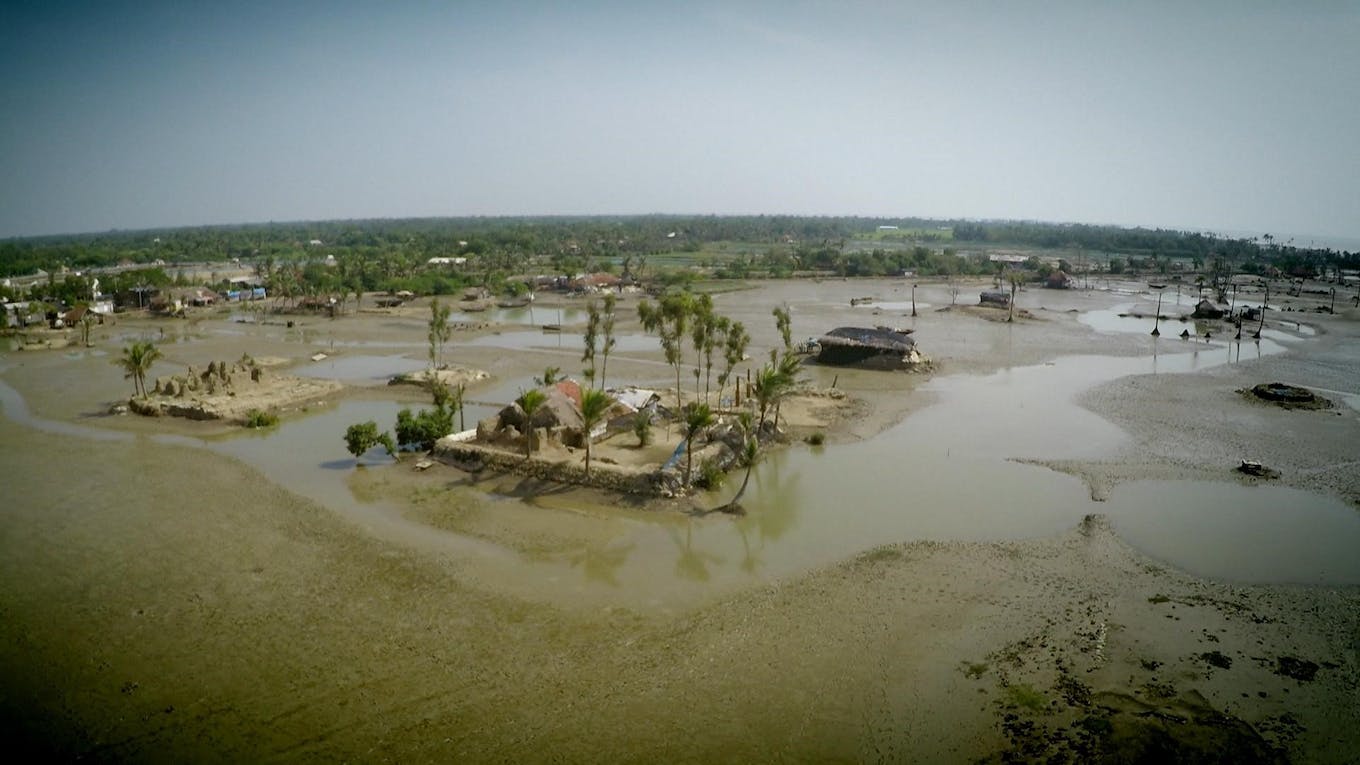 This coastal village on Sagar Island in West Bengal was hit by Cyclone Aila in 2009 and has yet to recover. 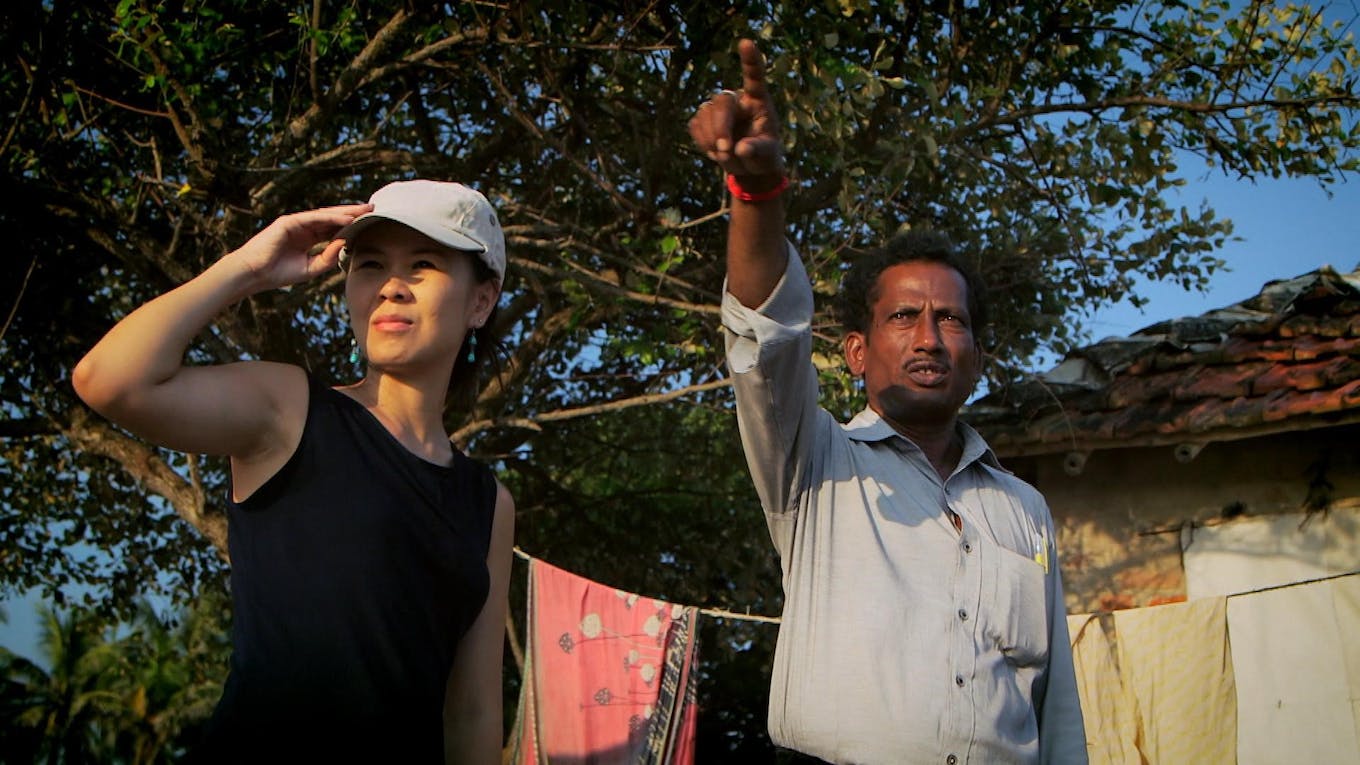 Village council representative Ravin Jana points out where a recently built dam is to Jessica. The dam was built to to keep rising seawater from inundating and destroying remaining farmland. 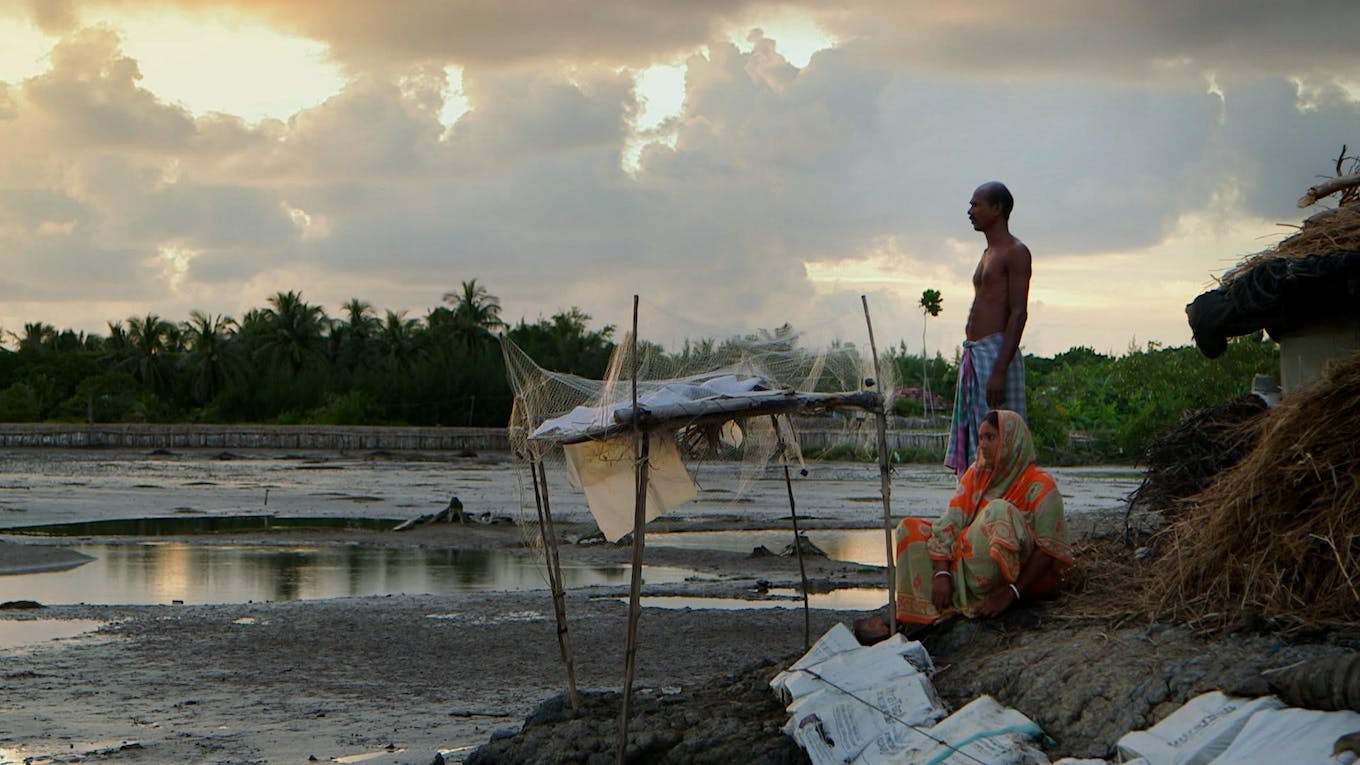 Residents of this coastal village on Sagar Island confront the effects of a rising sea daily but they are reluctant to leave their ancestral homes.

Climate refugees from Ghoramara Island have been resettled on nearby Sagar Island but they have lost their livelihoods and land. 360 photo from June 2016. 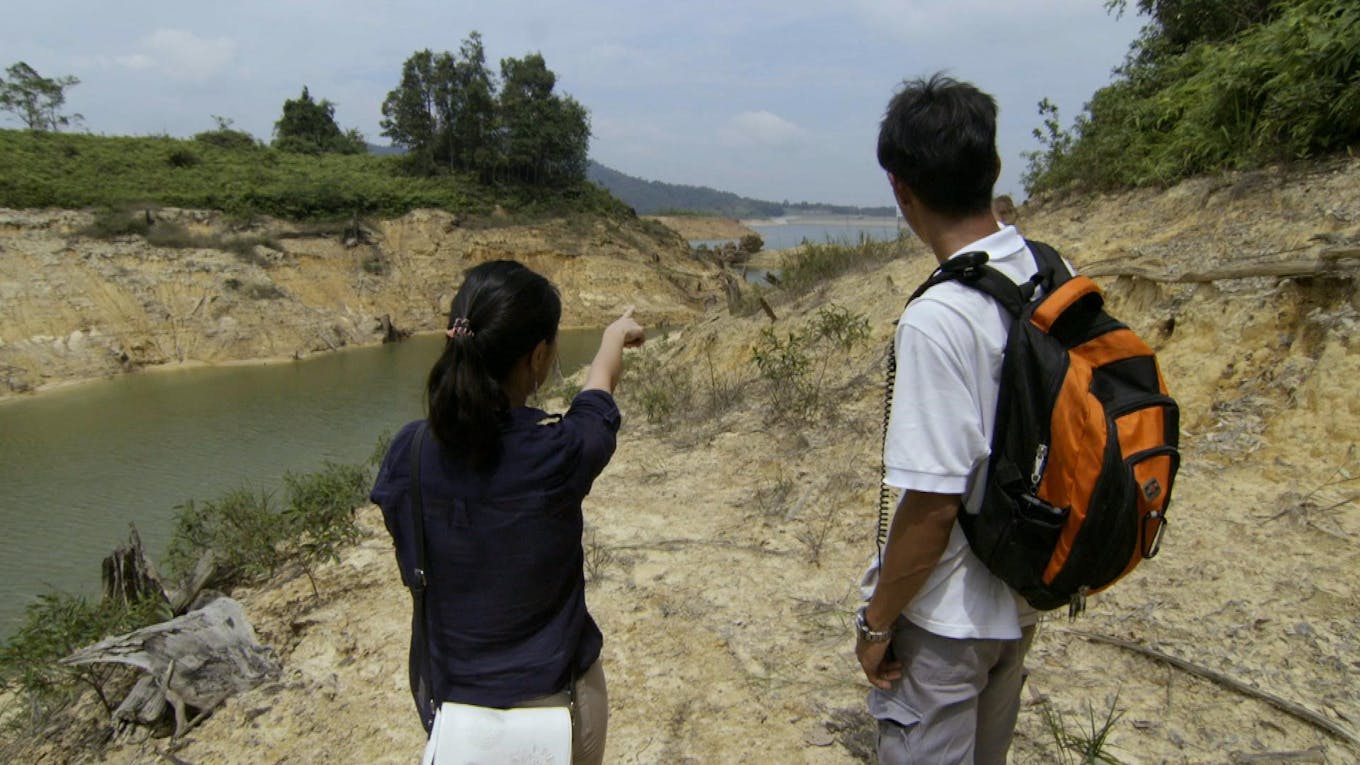 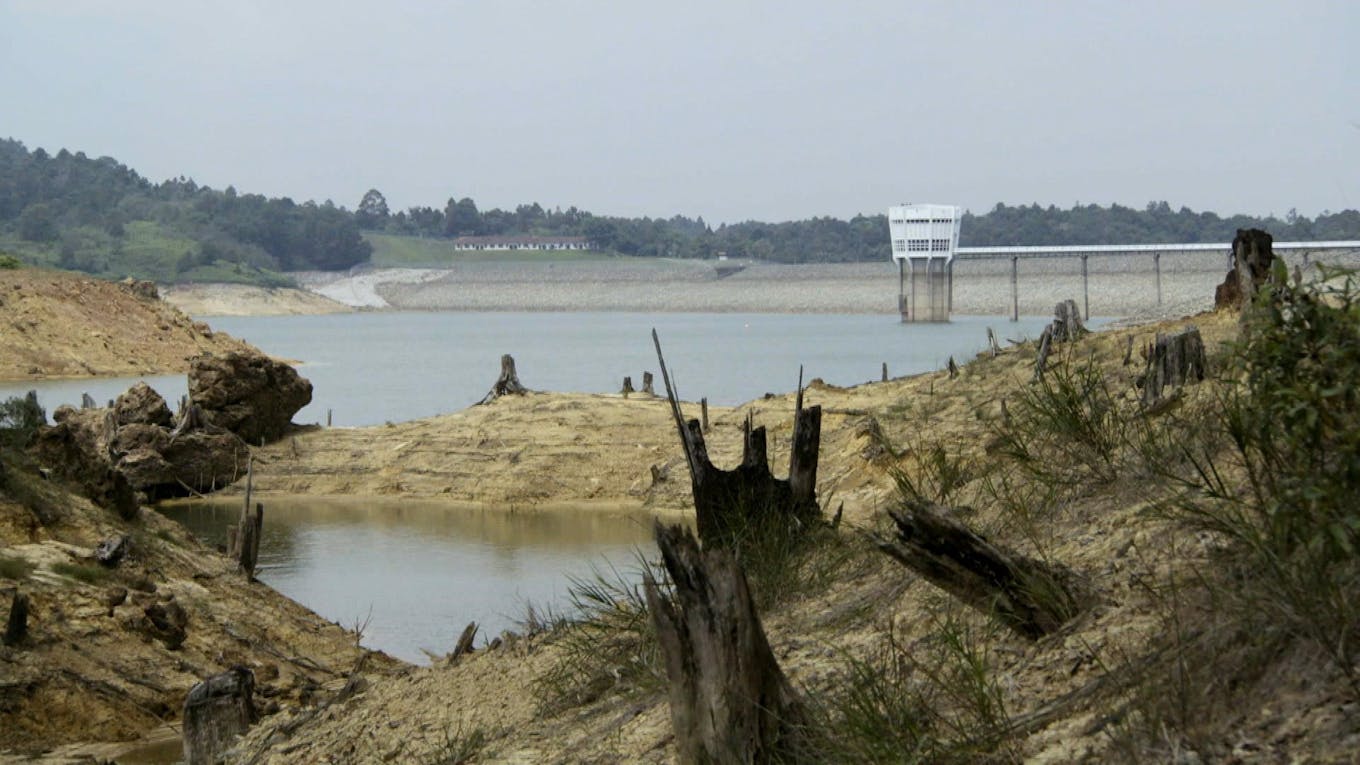 Johor’s Linggiu Reservoir is at record low water levels after a prolonged drought. Photo from June 2016. 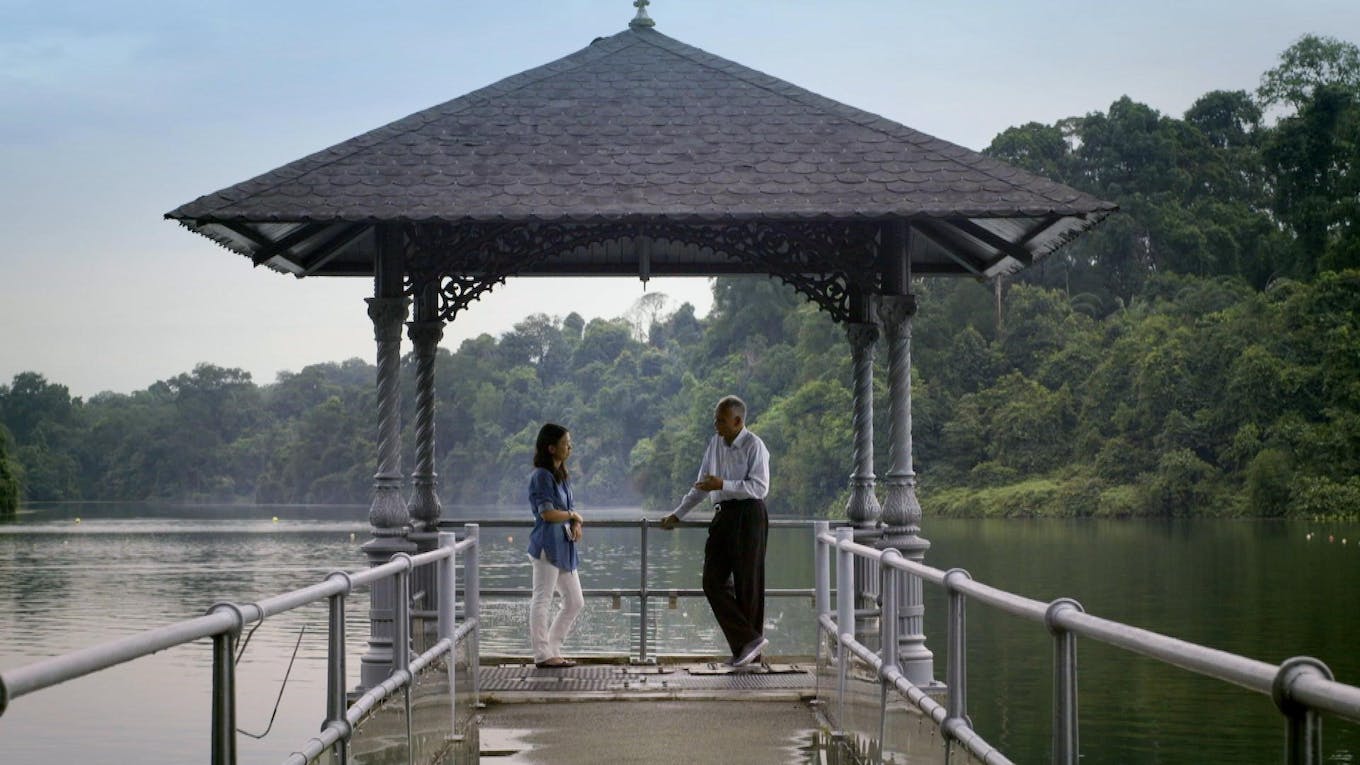 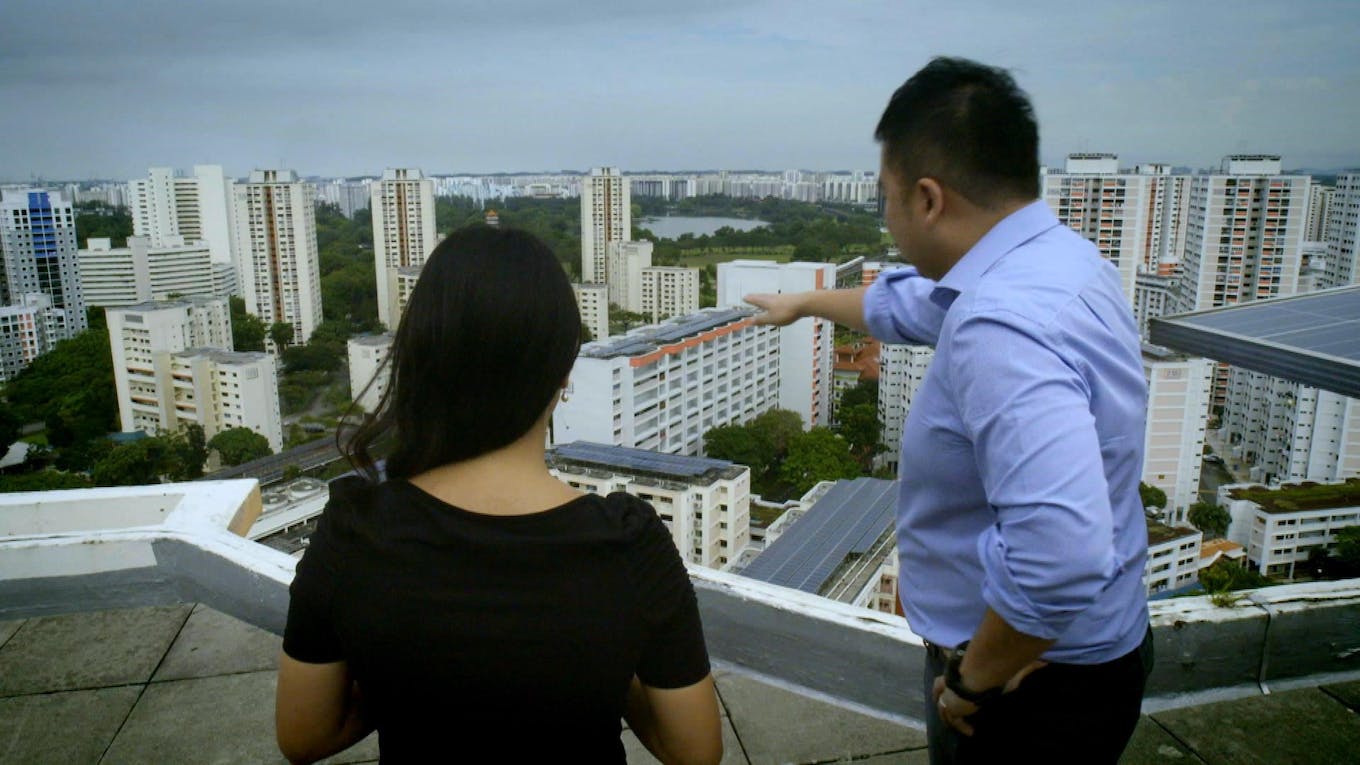 Atop a rooftop in Yuhua estate, Jessica speaks with Frank Phuan, the founder and director of Sunseap Group,
one of the most established solar developers in Singapore. Phuan says even if he covered every available
rooftop in Singapore with solar panels it would not be enough to power Singapore’s electricity needs. 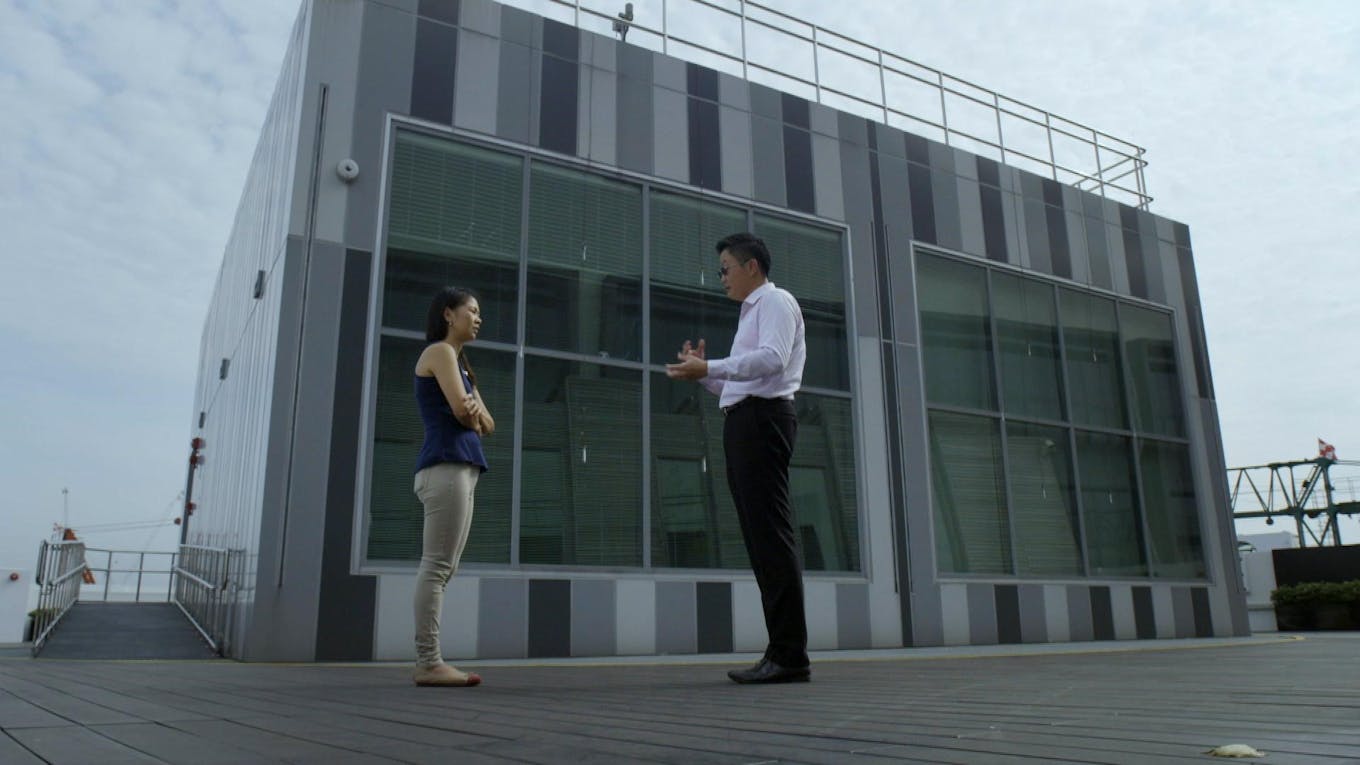 In front of BCA SkyLab, the first rotating laboratory for the tropics, Jessica speaks with Jeffery Neng, assistant managing director of the Built Environment Research and Innovation Institute (BERII). He says that air-conditioning can consume almost 50 per cent of the energy used in a building and there is room to reduce that further. The Building & Construction Authority targets making 80 per cent of Singapore buildings green and energy and water efficient by 2030. 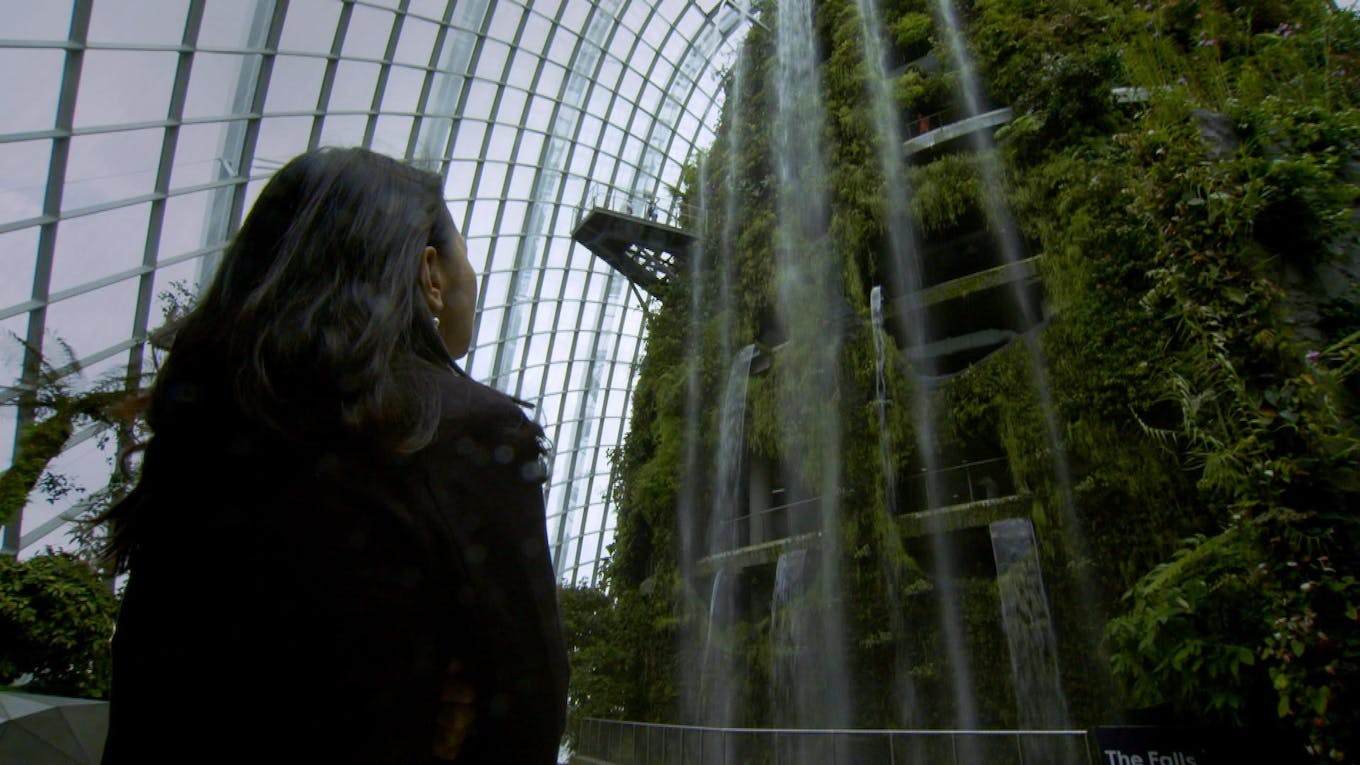 Jessica visits the Cloud Forest at Gardens by the Bay, which presents an exhibit about the dangers of climate change. 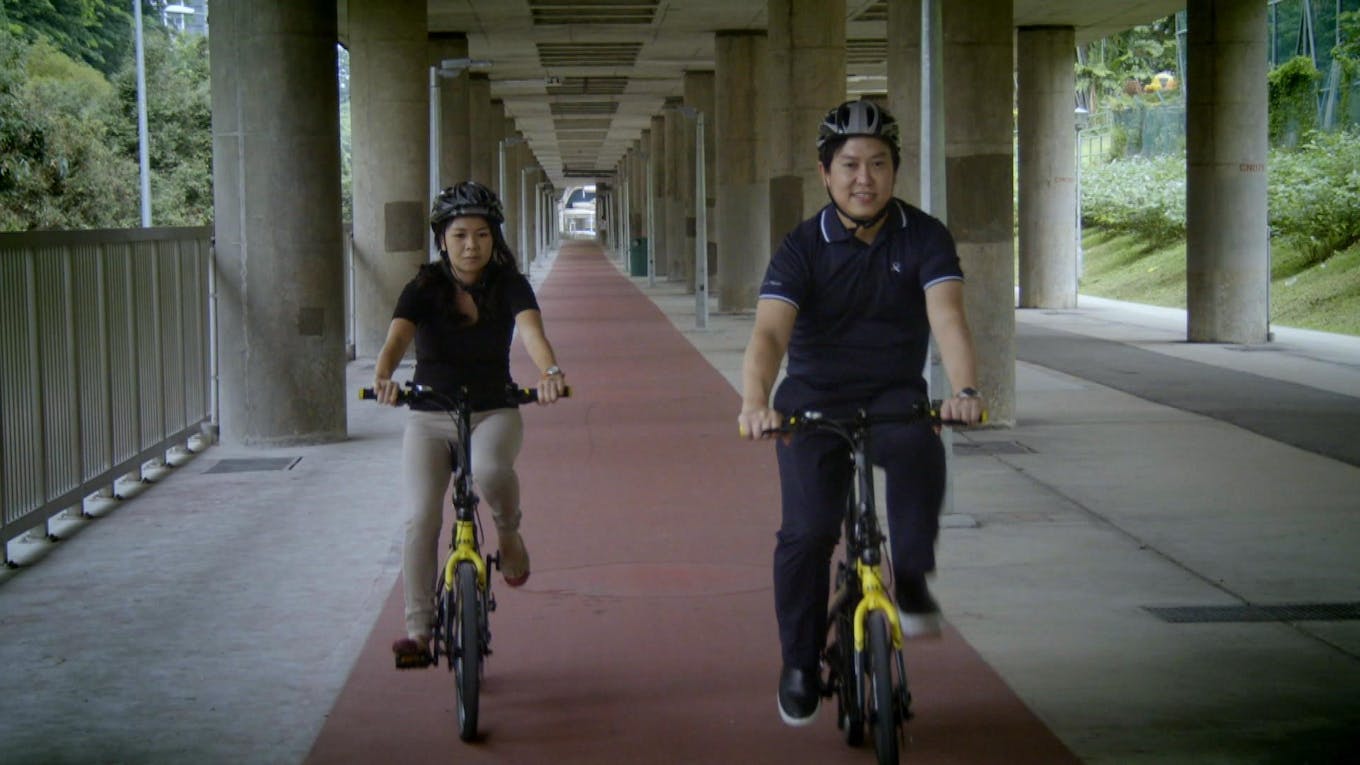 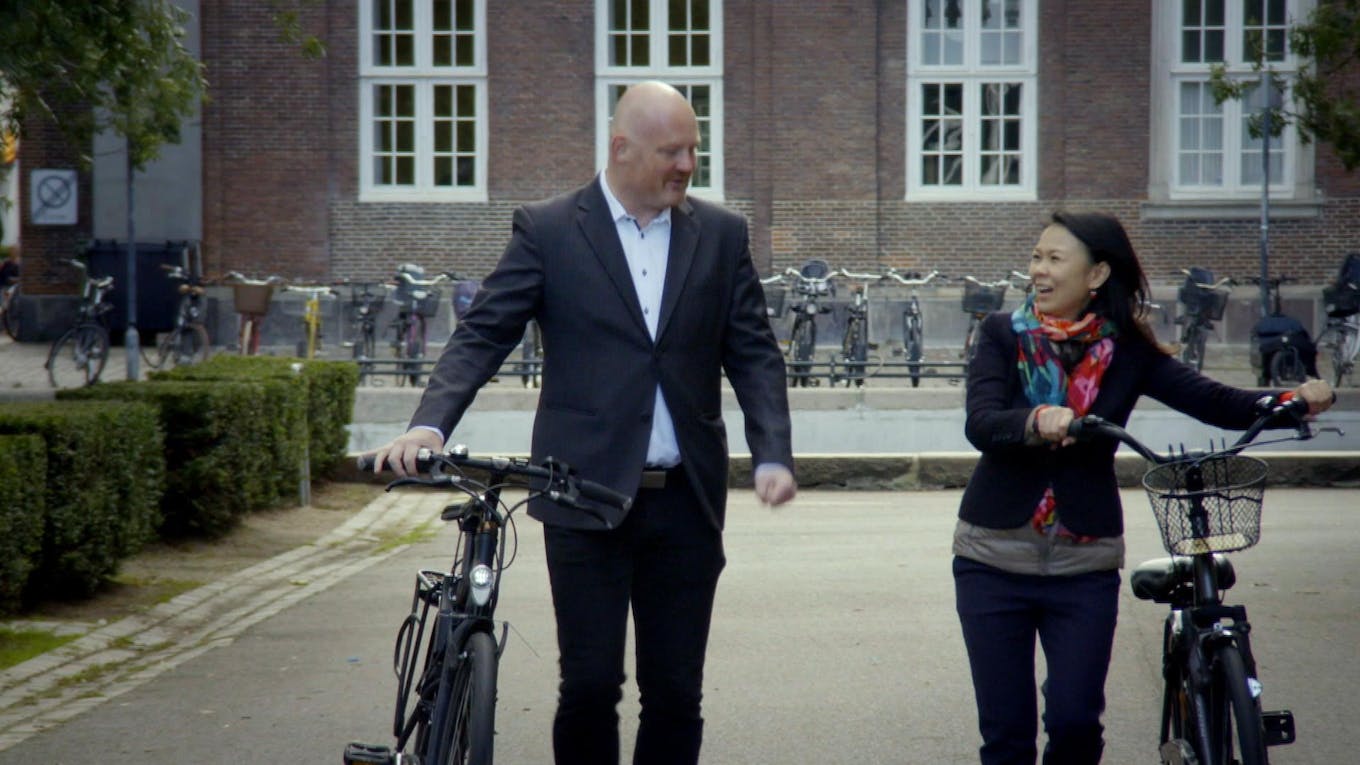 In Copenhagen in 2016, Jessica meets Morten Kabell, the mayor for technical and environmental affairs, who says his city aims to be carbon neutral by 2025. He says cities are obligated to act to mitigate climate change. 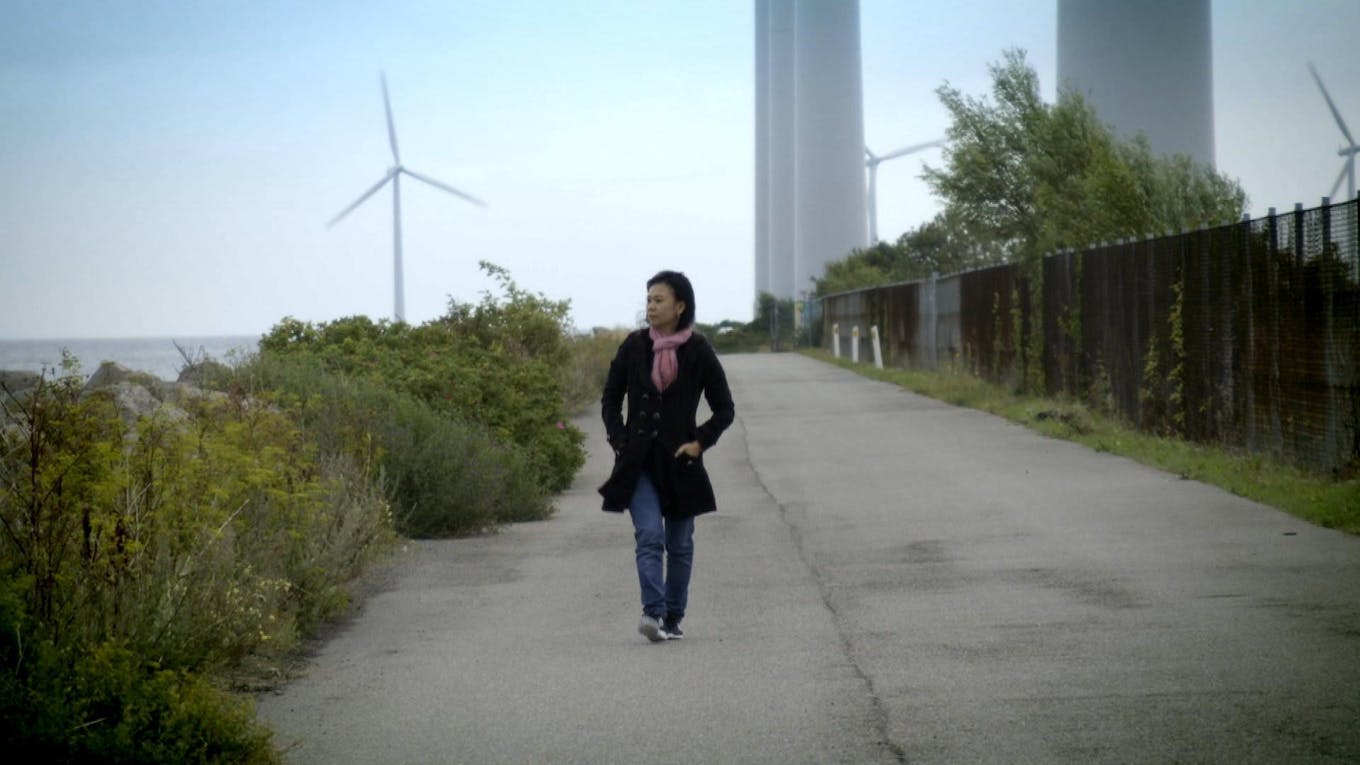 Jessica learns how Denmark mastered wind energy and now exports its know-how to the world. 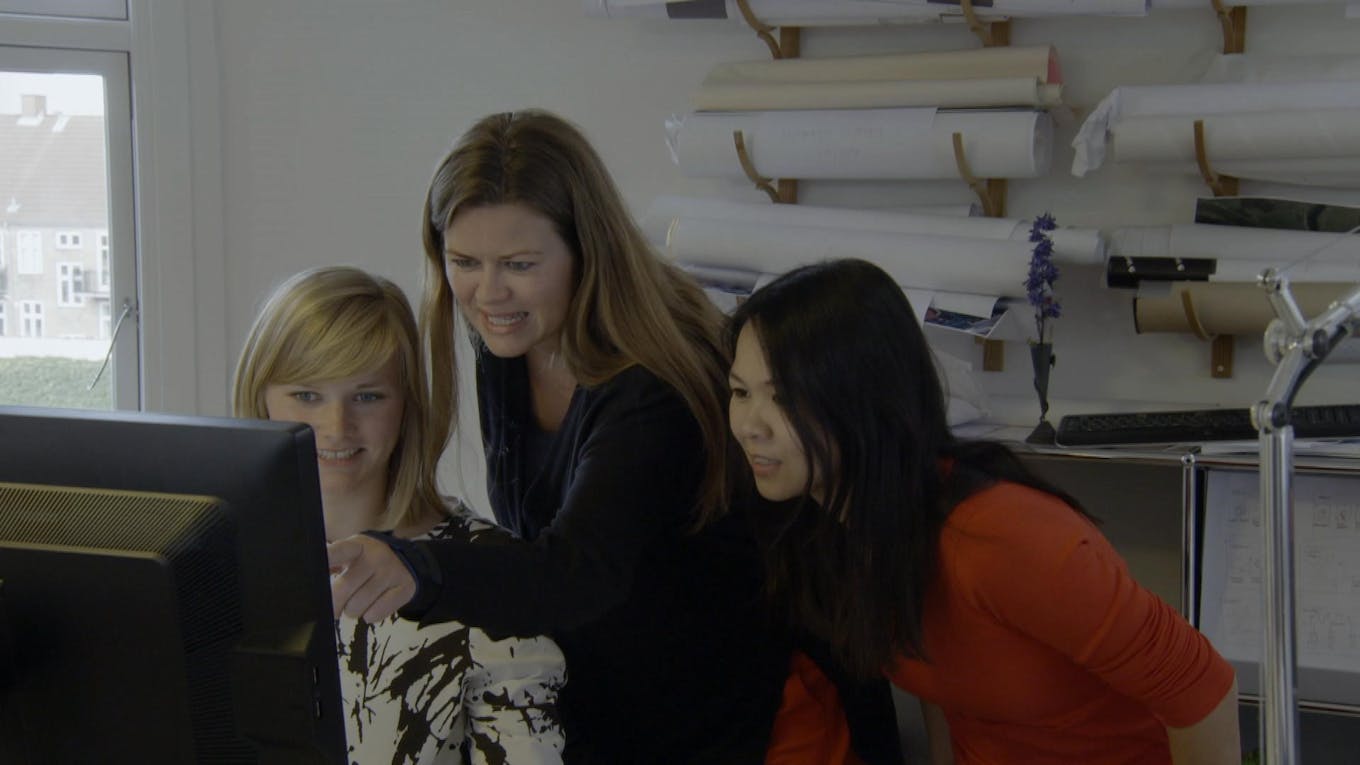 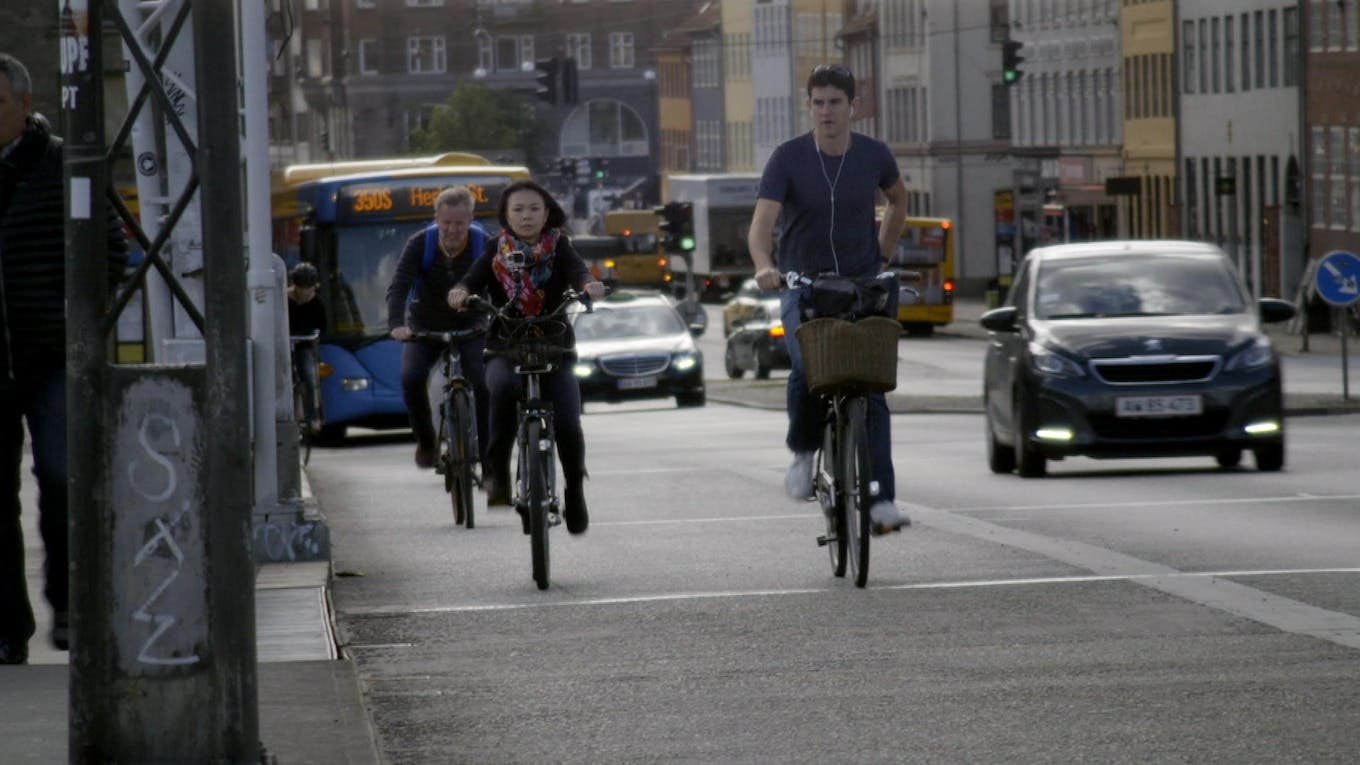 In Copenhagen, cycling is ubiquitous and eco-friendly. Jessica explores how Copenhageners got into the cycling habit.