Bringing nature back to cities is good for plants, animals and humans

Urban rewilding is about conservation, but it’s also about reconnecting people with the natural world. 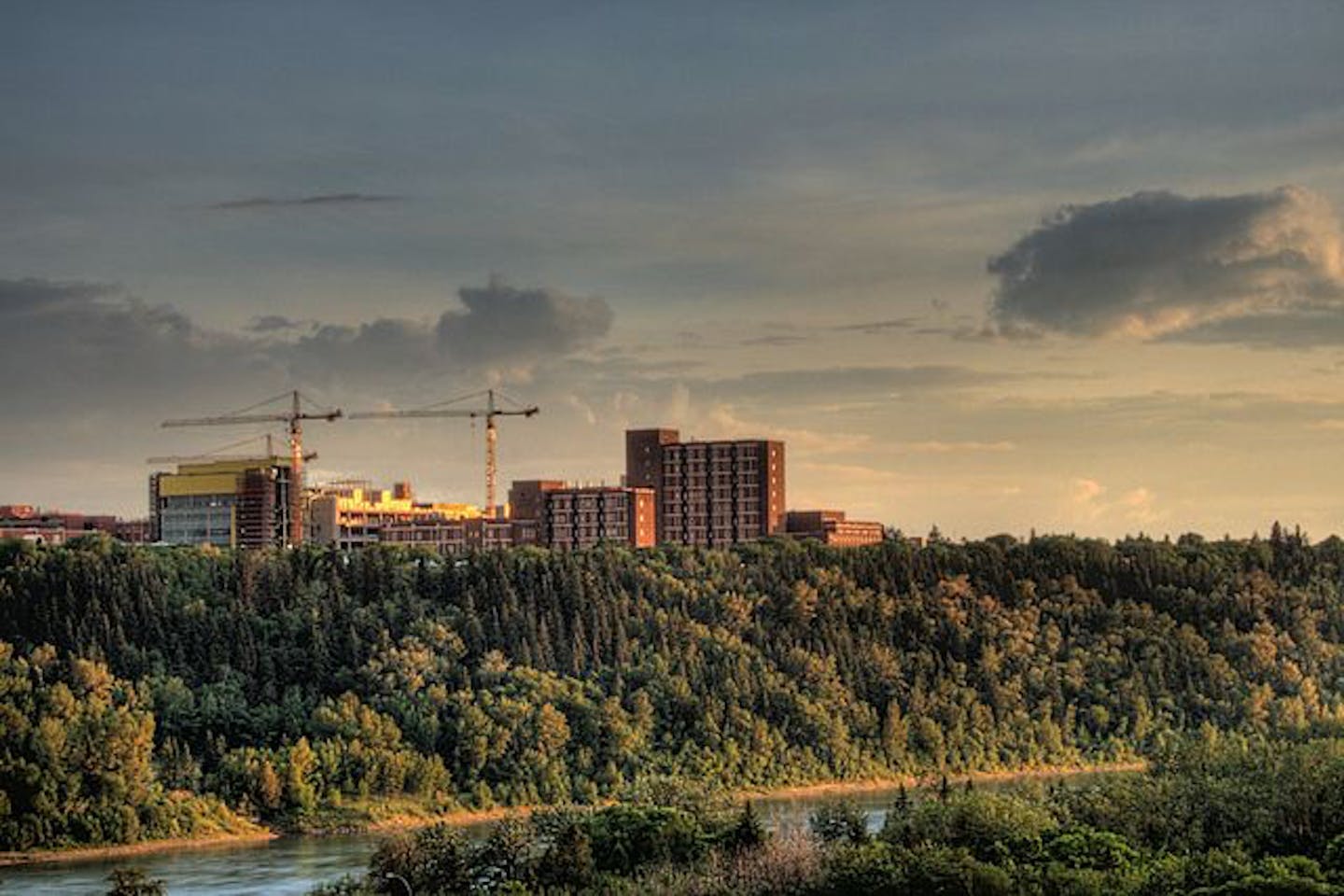 The North Saskatchewan River winds through the center of Edmonton, its waters and the surrounding landscape forming a green spine that spreads a network of ravines out into nearby neighborhoods. Since 1904, when the Canadian city was incorporated, it has prioritised this river ecosystem.

But the city is growing — from 600,000 people in 1990 to nearly 900,000 today — and that’s pushing development and transportation infrastructure up against this riverine system. Habitats are being reduced in size and fragmented by roads, creating many risks for the river valley’s wildlife.

Recognising the threat urban development posed for the river ecosystem, Edmonton embarked on an ambitious effort to accommodate growth while at the same time protecting wildlife and habitat.

It’s more that we’re accommodating wildlife in the design of our infrastructure. There’s a difference.

Grant Pearsell, director of Parks and Biodiversity for the Department of City Planning, Edmonton, Alberta, Canada

In 2007, the city built its first wildlife passage — a culvert that allows small mammals to pass between two sections of ravine that had been cut up by a road.

More were soon planned. Led by the city’s planning department, the city has now built 27 wildlife passages, reconnecting habitat and enabling the safe movement of animals of all sizes — everything from birds to amphibians to mammals such as weasels, porcupines and moose.

But Grant Pearsell, director of Parks and Biodiversity for the Department of City Planning, says the city isn’t simply designing wildlife passages. “It’s more that we’re accommodating wildlife in the design of our infrastructure,” he says. “There’s a difference.”

Bringing nature back into cities — or preventing it from being destroyed — is a growing imperative in cities across the world. Taking lessons from conservation biology and applying them to the built environment, cities are proactively creating habitat for certain animals, increasing urban tree canopies and even reintroducing species that have long been displaced by roads and buildings.

“You’re taking something that is completely artificial and manmade and making it something wild,” says Rebecca Senior, a graduate student at the University of Sheffield who’s been working with Rewilding Britain, a group focused on re-creating habitat and reintroducing species such as boar, lynx and bluefin tuna across the U.K.

It’s a concept known as urban rewilding, and while it can be good for plants and animals, it’s also good for people.

“There’s all this evidence about the biophysical ways that nature affects us and has positive effects on our mood, reduces our stress hormone levels and boosts our immune system,” says Timothy Beatley, a planning professor at the University of Virginia who leads the Biophilic Cities Project, a network of communities that seeks to create a better connection between people and nature through urban design.

“It can’t just be something that you get on the weekend or during the holiday months. It has to be all around us. It has to be integrated into our daily lives and into the neighborhoods we live in and the office and work environments we spend our time in.”