The risks of tidal flooding are worsening across much of Britain—and that is leading to more protective barriers being put in place. 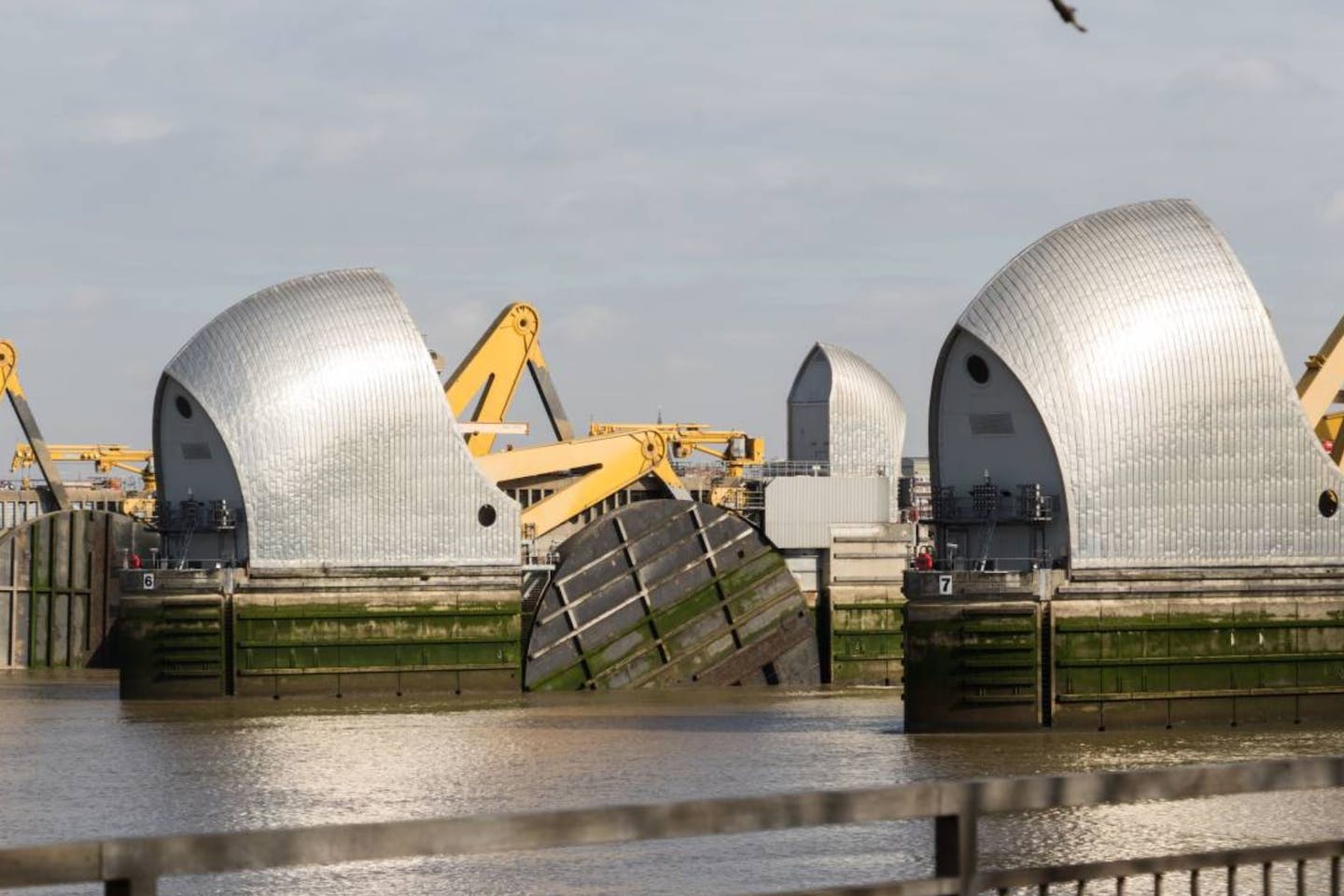 Four decades ago, when storms blew in the North Sea and sent high tides surging toward London, sirens sounded in the city.

“People were told not to work or sleep in basements. They used to move buses to higher ground. All these contingency plans had to be in place,” remembers Steve East, an engineering manager for the British Environment Agency.

But since 1982, when the Thames Barrier - London’s pioneering flood protection wall—came into use, central Londoners have scarcely had to think about flood risks.

“Today if London is threatened by a tidal surge, we stop the surge here and London carries on with its normal day-to-day business,” said East, the engineering manager for the barrier, which spans the Thames in Woolwich in southeast London.

Ipswich in eastern England will put into operation its first tidal barrier this winter, part of a 66-million-pound ($86-million) flood protection system designed to defend the town against growing threats, officials there say.

Other British towns, including the east coast port of Boston, are planning barriers of their own, said Andrew Usborne, the project manager for the Ipswich barrier, on the River Orwell.

The moveable barriers—which retract into the riverbed floor when not in use and are raised only when needed - are being built not just because of rising risks but because they increasingly make financial sense, Usborne said.

In Ipswich, “this was the cheapest and preferred option,” he said.

Walls built along the waterfront, long used to protect the city, now need to be raised to meet growing risks “but nobody’s ever going to accept a metre of wall all through the centre of town”, he said.

The new barrier, which sits on piles driven 60m (66 yards) into the chalky soil, will protect about 1,200 homes and more than 400 businesses from the kind of storm expected to hit every 300 years, he said - and rising climate change risks have been taken into account.

Across Britain, “where it is financially and technically appropriate, like here, we will have barriers,” he predicted.

London’s Thames Barrier—a 520m span of steel gates, piers and abutments that looks as if it might have been inspired by the Sydney Opera House—has now been used more than 180 times to protect central London from tidal floods, East said.

The rate of use has been increasing at one point, it was closed on 24 consecutive tides—but that increasing crescendo of closures “was always expected,” the engineer said.

The structure was designed to last until 2030—but assessments suggest it will now last until 2070, when a new barrier will need to be put in place, he said.

For now, however, the barrier remains an effective bulwark, keeping 1.25 million Londoners - and 300 billion pounds worth of infrastructure—above the rising tide, officials say.

“Until the 1920s, people actually died in floods in central London - and the real catalyst for the Thames Barrier and the rest of the tidal defence system was the floods of 1953, where over 350 people died,” East said.

“That was a wake-up call to the government that they had to come up with a solution,” he said.