Before the Flood presents Oscar-winning actor and environmentalist Leonardo DiCaprio's three-year journey to every corner of the globe to document devastating climate change impacts, and what humanity must do to reverse it. 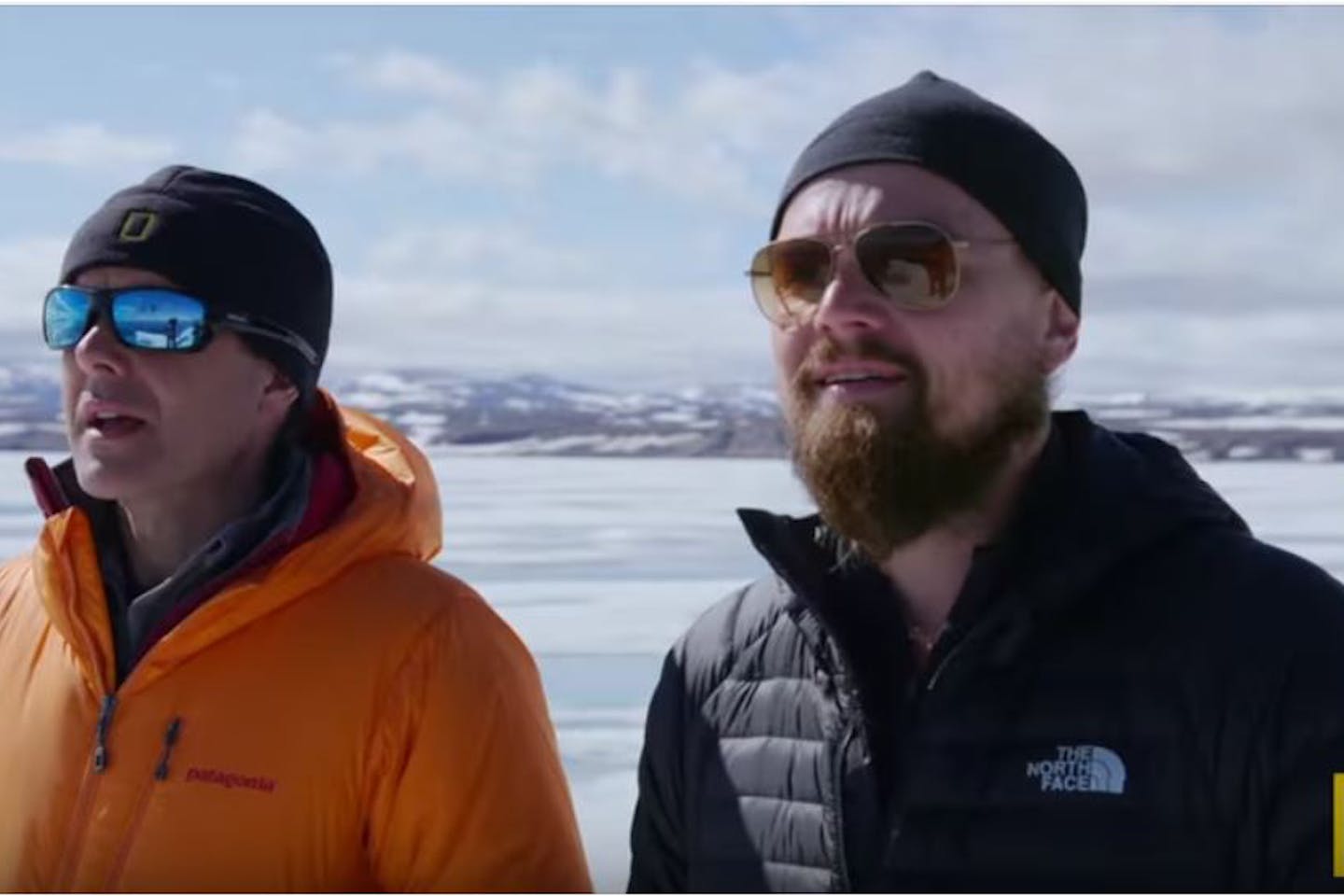 The Oscar-winning actor and environmentalist has spent the past three years asking a wide variety of people around the world about climate change. His collection of interviews in the film – ranging from Barack Obama and the Pope through to Elon Musk and Piers Sellars – cover the science, impacts, vested interests, politics and possible solutions.

Carbon Brief was invited to the European premiere of Before the Flood last weekend. Before the screening in London began, DiCaprio took to the stage to introduce the film. He said:

“Before The Flood is the product of an incredible three-year journey that took place with my co-creator and director Fisher Stevens. We went to every corner of the globe to document the devastating impacts of climate change and questioned humanity’s ability to reverse what maybe the most catastrophic problem mankind has ever faced. There was a lot to take on.

All that we witnessed on this journey shows us that our world’s climate is incredibly interconnected and that it is at urgent breaking point…I’ve been incredibly moved by so many climate change documentaries in the past, but I never felt that I saw one that articulated the science clearly to the public.

I think people grasp it, but it seems something distant, far off, intangible and almost otherworldly. An individual doesn’t feel like they can make an impact. The journey for me was to try and make a modern-day film about climate change. I’ve been studying this issue for the past 15 years, I’ve been watching it very closely.

What’s incredibly terrifying is that things are happening way ahead of the scientific projections, 15 or 20 years ago…We wanted to create a film that gave people a sense of urgency, that made them understand what particular things are going to solve this problem. We bring up the issue of a carbon tax, for example, which I haven’t seen in a lot of documentaries.

Basically, sway a capitalist economy to try to invest in renewables, to bring less money and subsidies out of oil companies. These are the things that are really going to make a massive difference. It’s gone beyond, as we talk about in the film, simple, individual actions.

We need to use our vote…We cannot afford to have political leaders out there that do not believe in modern science, or the scientific method, or empirical truths…We cannot afford to waste time having people in power that choose to believe in the 2 per cent of the scientific community that is basically bought off by lobbyists and oil companies. They are living in the stone ages. They are living in the dark ages. We need to live in the future.”

This story was published with permission from Carbon Brief. Read the full story.