4 inspiring ideas to light the world

From seawater to gravity, startup firms are using basic science to create simple and sustainable innovations to light up rural and off-grid communities around the world.

Rural and low-income communities around the world that are not connected to the electric grid may soon be able to do away with candles, kerosene lamps or even battery-powered lights.

A growing list of social enterprises are finding ways to mass produce simple and sustainable lighting alternatives which are powered by natural resources from salt to water and rocks.

These innovations have the potential to permanently replace kerosene lamps, a fossil fuel linked to pollution and respiratory diseases, and batteries, which are costly and difficult to dispose.

Inspired by these recent initiatives, we’ve decided to profile four simple ideas with huge potential to solve one of the world’s biggest challenges: access to affordable energy.

Her invention, a LED lamp that runs on saline solution, was a college project that has eventually earned her numerous awards across Asia.

Mijeno, who was also a former staff of Greenpeace Philippines, used the salt and water solution or seawater as a non-toxic catalyst to generate electricity. Her lamp can light up a LED bulb for 8 hours and also charge a mobile phone. 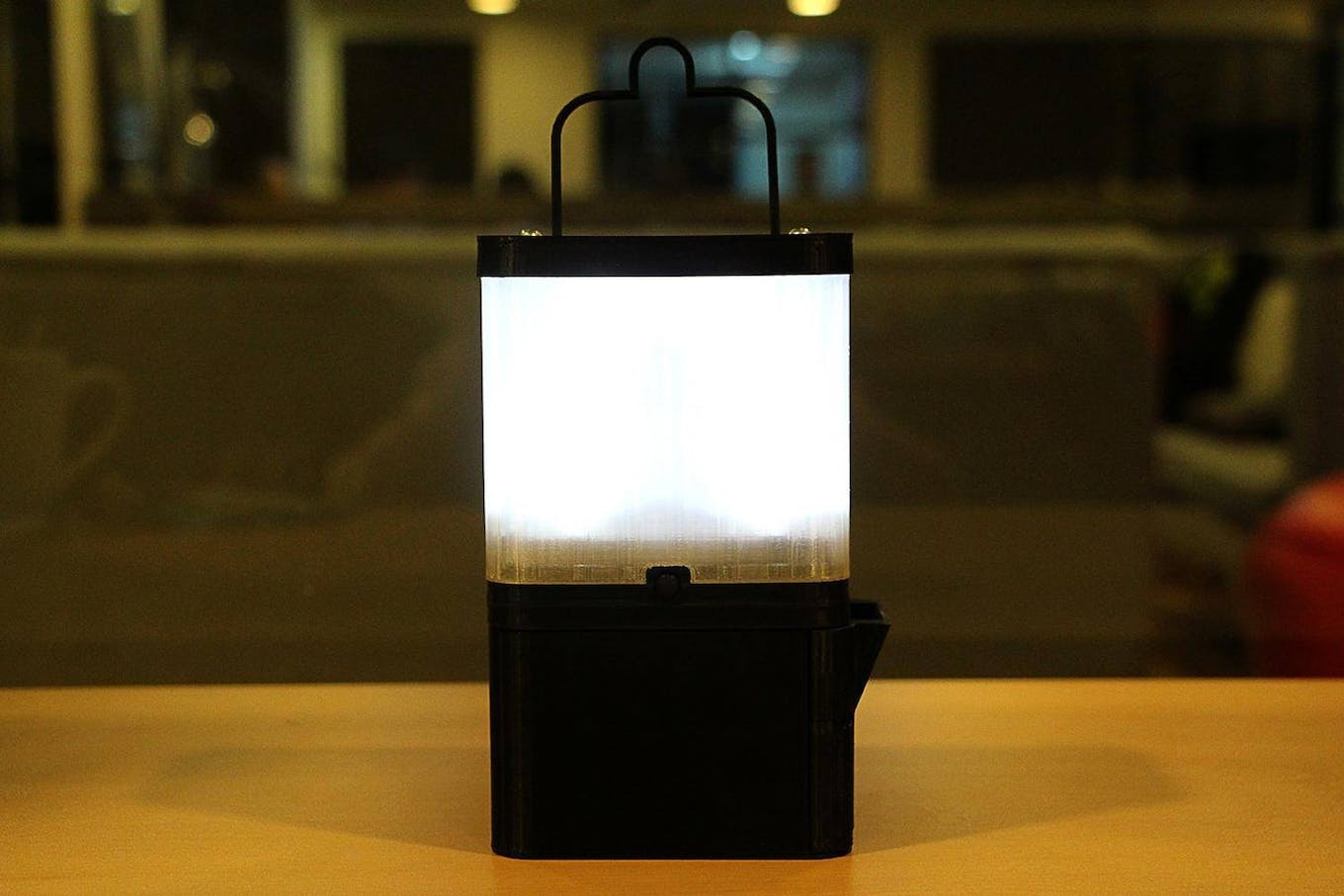 Filipina scientist Aisa Mijeno’s LED lamp that lights up when poured with a saline solution or seawater. Image: SALt via Facebook

The salt and water technology is not entirely new and is based the principle of Galvanic Cell, a centuries-old invention that is the basis for battery-making, Mijeno explained on her website.

Mijeno, together with her brother, set up a social enterpise called SALt, or Sustainable Alternative Lighting, with the aim of lighting the homes of indigenous communities in the Philippines. The lamps are currently in production stage and Mijeno hopes it will be commercially available this year.

The sun in a bottle

The ‘Liter of Light’, another Filipino enterprise which has been recognised worldwide, uses sunshine, a plastic bottle and a few teaspoons of chlorine bleach and water to create a solar bulb.

The technology can easily be assembled by anyone and can provide a 55-watt solar bulb by refracting the sunlight. It was a brainchild of Brazilian Alfredo Moser in 2002, before MyShelter Foundation - initiated by Filipino actor Illiac Diaz - further developed the concept and propagated it in nearly 28,000 low-income homes in Manila.

The project has now reached India, Indonesia and Switzerland, in its bid to light up a million homes. An eco-friendly farm in the Philippines’s Davao region has also adopted the technology to light up its facilities.

Meanwhile, British industrial designers Martin Riddiford and Jim Reeves, have used the movement of weights to power up lamps. GravityLight, offers a mechanical lighting solution that uses the weight of a few pieces of rock or a bag of sand to produce power - with or without sunshine. 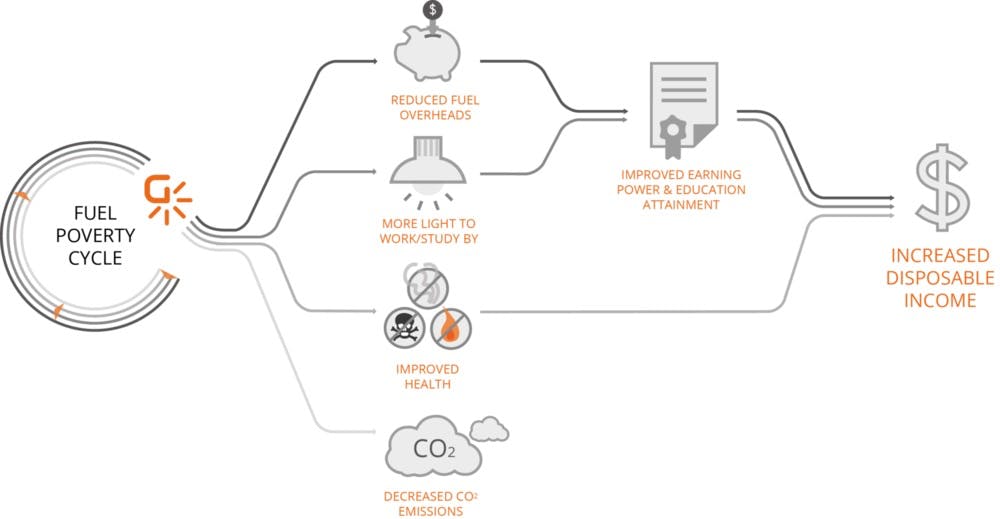 As the weight goes down slowly, GravityLight turns this into power and produces 0.1W of power or a deciwatt, which is sufficient to provide a light brighter than a kerosene lamp using LED bulbs, its inventors claim.

Their company, Deciwatt, which sourced funds through crowdfunding website indiegogo, is now producing an improved version of the product and also hopes to be available this year for many homes in Africa.

Another promising invention is a hybrid bicycle called Free Electric, which uses human kinetic energy from pedalling a bicycle to electrify homes. The initiative is funded by US billionnaire and philantrophist Manoj Bhargava through his foundation, Billions in Change.

Energy-producing bicycles are not new, but Bhargava is providing funds to scale the solution and sell it to poor countries including many communities in India. The bike can also power up phones and fans at the same time, while not emitting any pollution.

A simpler version of the bike would cost US$250 for poorer regions, while a sophisticated model could go up US$1,500, Gizmag has reported.