Ensia asks experts how we can separate legitimate climate plans from hollow claims.

When Larry Fink announced in mid-January he’d be putting solving the climate emergency at the center of his US$7.43 trillion investment company BlackRock’s strategy, even long-time critics acknowledged it was a huge deal.

“It takes leadership and a certain kind of courage to admit that change is needed,” wrote Sierra Club executive director Michael Brune at CNBC. “Now we must keep the pressure on.”

BlackRock had earlier stated a commitment to “sustainability,” yet for years faced pressure from the Sierra Club and others over its investments in fossil fuels and Amazon deforestation. In a letter last month to shareholders, Fink promised measurable change: BlackRock would no longer invest in companies deriving 25 per cent or more of their revenues from thermal coal.

Shortly after, however, the environmental and human rights group Urgewald calculated that less than 20 per cent of the coal industry would be affected. “The scope of the policy is still far too limited and further steps will need to follow quickly,” it argued. 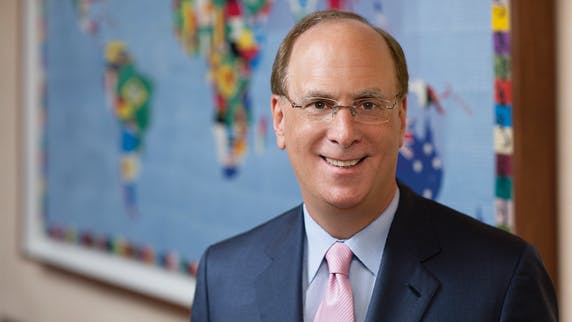 In January, CEO Larry Fink announced that BlackRock would make the environment a key consideration in shaping its investment policy. Image: BlackRock, Inc.

This is a familiar cycle these days: A large company makes an impressive-sounding climate commitment, but on closer inspection the reality ends up being messier and less inspiring than it first appeared.

For example: Microsoft pledges to go “carbon negative” by 2030, removing more carbon from the atmosphere than it emits, while donating to the election campaign of U.S. Senator Mitch McConnell, who has questioned the science of climate change and has a 7 per cent lifetime score from the League of Conservation Voters.

Nearly 1,200 companies representing almost US$25 trillion in market capitalisation have made some form of climate commitment, according to the coalition We Mean Business, which works with companies on climate action. And the number is growing fast.

“It seems like there’s a new company every month that’s announcing a new climate or clean energy commitment,” says Steven Clarke, director of corporate clean energy leadership with the nonprofit advocacy group Ceres. In February, Delta became one of the latest by pledging US$1 billion towards lowering the climate impact of air travel.

So how can you tell if a company is genuine about fixing the climate crisis?

Experts contacted by Ensia said there are ways to objectively evaluate a company’s seriousness. Though every situation is unique, they agreed, the following three criteria are a good starting place for separating legitimate climate plans from false and hollow claims.

Does the company make public actual data about its commitment?

Amazon won positive press in 2014 after announcing a goal of powering its operations entirely from renewable energy. But years later, employees pushing for climate action could only find incomplete data on whether that goal was being achieved. The environmental disclosure group CDP meanwhile named the internet giant as one of 707 companies with “high environmental impact and lack of transparency.”

When evaluating a company’s climate pledge, how open it is about its carbon footprint and how much progress is being made to reduce that footprint is crucial. “All these claims mean nothing if they won’t disclose data on what they’re doing,” says Andrew Hoffman, a professor of sustainable business at the University of Michigan.

This came to a head for Amazon last September. Facing mounting pressure from groups like Amazon Employees for Climate Justice, CEO Jeff Bezos announced a major update to the company’s climate plan.

In addition to promising its climate impact would reach “net zero carbon” by 2040, and doing things like ordering 100,000 electric delivery vehicles, Amazon created a new sustainability website with more specific details about the carbon its business model releases into the atmosphere: 44.4 million metric tons (48.9 million tons) alone in 2018, which is roughly equivalent to the annual emissions of 9.4 million passenger vehicles.

Ceres spoke with Amazon ahead of the announcement. “One of the first things we asked,” Clarke says, “is Amazon not only setting a long-term target but are they creating milestones along the way that help ensure that they’re making progress in a timely fashion towards their ultimate commitment?”

But the tech giant still struggles with other aspects of transparency. After employees continued to criticise Amazon for working with oil and gas companies, they reportedly received notices warning they could be fired.

If a company is truly serious about lowering its carbon footprint, it cannot attempt to silence the voices of its critics; transparency means being completely open about failures and ongoing challenges as well as successes, experts say.

How much of its core business model is the company willing to change?

This January, the Canadian oil and natural gas company Cenovus made a climate announcement that on the surface sounded bold. It vowed to reduce the emissions it releases into the atmosphere to effectively zero by 2050. But upon closer inspection the “aspirational” pledge was less impressive. It relied on technologies that aren’t yet feasible. Cenovus also said it may use carbon offsets to help meet its goals.

Offsetting refers to a company continuing to release emissions but paying for carbon reductions elsewhere in the world. The extent to which companies rely on this often-criticised tool to shrink their footprint is a measure of how serious they are about transforming their business model. 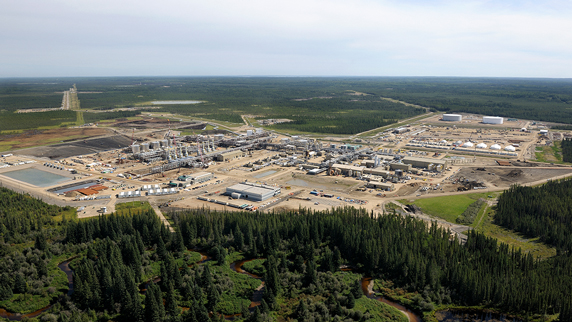 “Anytime someone says ‘carbon neutral,’ how hard do they work before they trigger the final tool, which is offsetting?” Hoffman said. “How hard do you push, how out of the box do you think, and at the very end how long do you wait before buying offsets? That’s key.”

Then there are emissions that aren’t directly released by a company but are tied inextricably to its business model. Each time Cenovus sells a barrel of oil sands crude, up to 80 per cent of that barrel’s emissions come from consumers — burning the oil as gasoline in a car engine, for example. So even if Cenovus achieves its goal of becoming carbon neutral, the product it produces is still terrible for the climate.

A similar dynamic applies to any large company. Reducing the direct footprint of its operations is a good start, but more transformative change won’t come until a company takes stock of all the emissions that make its business model possible. For a company like Apple this could mean the deforestation and pollution that comes from digging up rare-earth minerals for an iPhone or methane released when e-waste ends up in a landfill.

“The moment you get into understanding what the full picture of your emissions is, then you rapidly understand that if you don’t tackle [these types of] emissions, then you’re not doing enough, you’re not doing your full job,” says Giulio Berruti, an associate director with the sustainability non-profit BSR.

Is the company using its political influence to push for wider change?

One of the clearest signs of whether BlackRock is serious about fixing the climate crisis could come later this year when the asset manager takes part in shareholder votes during the annual meetings of companies it invests in. BlackRock’s record isn’t great: last year it supported only 5 out of 41 resolutions put forward by shareholders asking companies to disclose the risks they face from climate change, adopt climate targets or otherwise address the emergency.

Activists like Ben Cushing from the Sierra Club are watching closely to see how BlackRock acts during this year’s proxy season. Will the company, for instance, support activist efforts to oust former ExxonMobil CEO Lee Raymond from the board of JP Morgan Chase? Activists are targeting Chase because it has given US$196 billion in financing to fossil fuel projects since the Paris agreement was signed, the most of any bank.

“If JP Morgan Chase decides to re-nominate [Raymond] this year to the board, companies like BlackRock…could vote against him and remove him from the board and force Chase to take climate more seriously,” Cushing says. “So that’s like the type of example of how BlackRock could be implementing its climate policy.”

There is a bigger political issue at stake here. The economy-wide changes we need to keep global temperature rise under the threshold of 2 °C are much more likely if governments can pass federal legislation on the scale of something like the Green New Deal.

Business insiders like Andrew Winston argue that companies can and must throw their massive weight into helping pass and implement climate laws.

Cushing agrees. “I would argue that what [companies like] Amazon and Microsoft and Facebook choose to do with their political influence and lobbying power matters more than whatever green initiative they adopt for their own companies’ operations,” he says.

All this might sound out of the comfort zone of most executives. But people like Fink are already warning that the climate emergency “cannot be solved without a coordinated, international response from governments.”

With the impacts of climate change getting worse all the time, experts are waiting to see whether executives, including Fink, are prepared to actually push for that to happen.

Geoff Dembicki is a climate journalist and author. This article was originally published on Ensia.