The future of European energy depends on flexibility. Simon Hobday, partner at Osborne Clarke and POWER-GEN Europe and Renewable Energy World Europe Advisory Board member, says this calls for a regulatory rethink based upon a grand bargain between all players.

If the future’s bright, the future’s flexible. The two go hand-in-hand. For Europe to keep the lights on in the long-term, it’ll need to shift to a flexible power system.

If the energy industry gets it right, Europe could find itself on the verge of a clean, efficient and sustainable power system. One that matches supply to demand in real-time to ensure that when an area needs power, it receives it. And that power isn’t wasted once it’s produced – it’s redirected or stored for later use.

But the future isn’t certain yet. Challenges will arise along the way and often the true cost of change isn’t known or factored into decision-making. For example, the cost of adding a gigawatt of renewable generation to the system isn’t just the initial build cost. Renewables capacity can be more volatile than fossil fuel generation so the industry needs to arrange measures to pick up any shortfall if it drops off to avoid grid instability. This carries a cost.

The transition can also cause significant changes to the flow of power across the grid. For instance, in Germany, energy flows south from northern windfarms. But the energy flows can surge or reverse within a short timeframe, varying with the weather conditions along the north German coast. The result? Cables can be overloaded and burn out. In extreme cases this can even lead to blackouts, as has been the case in northern Italy.

Fixing issues like these and shifting to a new energy infrastructure will require time, investment and – perhaps most importantly – innovation. And there’s a lot of promising action on this front. Power industry professionals have always been pioneers, as is always reflected at the annual industry gathering, POWER-GEN Europe. 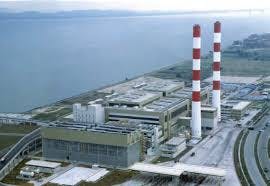 Take demand-side response, for example. By encouraging energy consumers to use their energy at off-peak times, the industry can help consumers to save money, reduce the amount of capacity needed at peak times and minimise wastage at times of lower demand.

Energy storage is another innovation that is expected to play a crucial role in enabling the flexible future the industry hopes to facilitate. Successful integration of storage into the system won’t only match supply to demand by capturing the excesses to use during periods of shortfall, it will also be essential to the success of small-scale generation. Even better, it could serve as the key to unlocking the full potential of developments like electric vehicles and intelligent buildings – and the new business models that follow in their wake.

Make no mistake, more is coming. We’re living in an age of innovation – a look at almost any sector will show up some examples. In the books market, the Amazon delivery model first changed how we buy books and its Kindle devices have since changed how we read them. Uber and Airbnb epitomise the gig (contingent working) and sharing (subscription and renting of resources) economies, respectively – trends which are building flexibility into the wider economy. There is little doubt that similar change is coming to the power market.

It’s already starting. People are already beginning to play with different models by innovating not only in terms of technology but also with economic and legal frameworks – something that’s essential if the industry is to achieve its ambitions of providing secure and sustainable power to all.

Energy storage is just one example, with discussions taking place around intellectual property rights. Who owns a battery’s usage data and who can access it? The manufacturer? The maintainer? The operator of a supply asset?

And who should pay for storage? Should it be paid for on a network basis as a grid stabilisation measure? Does its role in maximising the cost-efficiency of production mean it should be treated as a generation asset? Or should the benefit be directly at the consumer level, given the money they can save by buying energy when it’s cheap and saving it for later?

These are all important questions. And each presents a business model on which the industry could operate. But the current regulatory framework makes such models difficult if not impossible.

And creating a new regulatory model is nothing if not difficult. There are a number of dilemmas faced when dealing with any aspect of the transition. Who pays for what is just the start. The real issue is that the existing framework regulates the sale of kilowatt hours. But 21st Century businesses see their role far less transactionally. They want to sell a service. They provide the benefits of power – heat, warmth and light – but existing regulations don’t match up with this reality.

So the framework needs to change. But its replacement can’t be determined by the strongest vested interests. The industry needs to look back to look forward. To look at the principles under which it was first regulated.

In place of technical debate, the sector should take a step back, look at the bigger picture and determine the full effect of changes past, present and future. From this starting point, regulators can begin to determine what is fair, both financially and in terms of the burden of responsibility. The aim should be to strike a grand bargain – a compromise that might not delight any one party but under which everybody can reasonably operate. Only then should the impacts on specific legislation and codes be considered in earnest.

This will not be easy. Elected politicians are inherently driven by short-term objectives and even when properly motivated it is difficult for anyone to quickly gain the specialist expertise required to fully understand such a vast and complex sector.

But it needs to happen. The power industry is ripe for disruption. For change that will blur the line between producer, consumer and operator, and transform how people think about and use energy for years to come. But it will only be a success if those who would disrupt are given the space to do so – without leaving current players behind.

The industry needs a grand bargain.

Flexibility and regulation will be two of the main themes at this year’s POWER-GEN Europe and Renewable Energy World Europe in Cologne from 27th to 29th June. Power industry professionals will attend the event to discuss industry challenges and plan the future. To be a part of the event and to find out more click here.

This article represents the views of Simon Hobday, and not that of Osborne Clarke LLP.