Of parachutes and helicopters: reconstructing the decolonisation agenda in environmental research

There is an intrinsic North-South divide in environmental research, which is also felt in Southeast Asia. There needs to be a mindset change to roll back some of these inequalities. 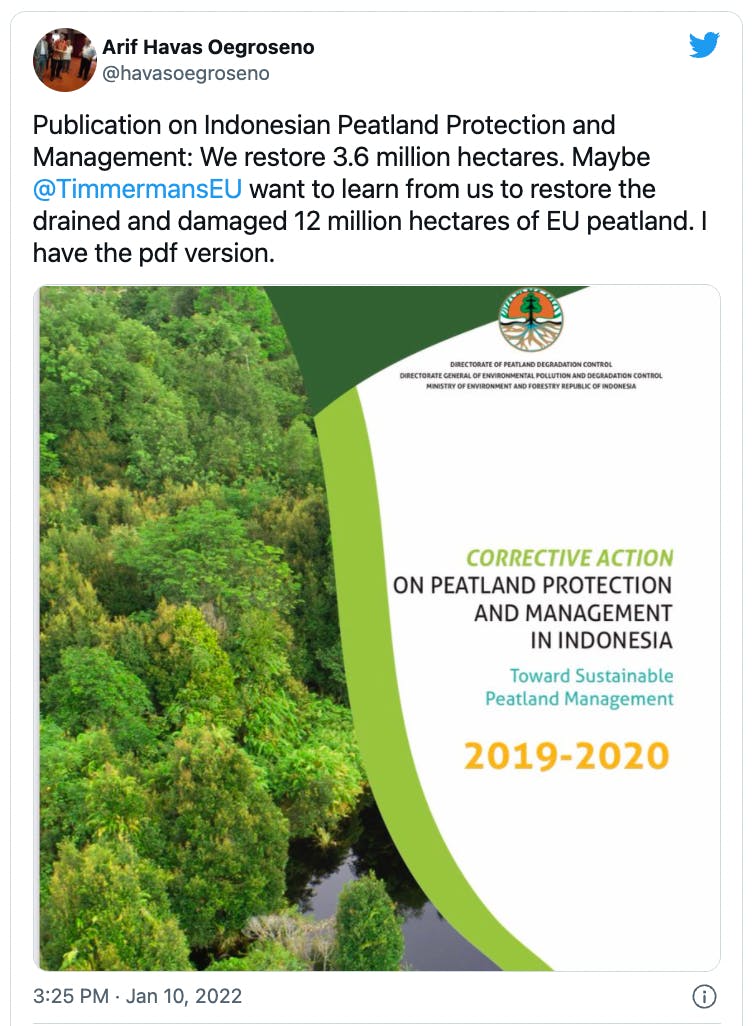 It is worth thinking about what this situation tells us about international environmental research and policymaking. European voices in peatland research tend to focus on the negative environmental impact of Southeast Asian peatland policy. Yet, the region has seen decades of peatland research. Indonesia and Malaysia also possess vast experience concerning peatland development and conservation.

In this context, the idea that Indonesian expertise might benefit European restoration efforts is entirely valid and should be unremarkable. The fact that both conservation advocates and palm oil industry supporters from Europe highlight evidence of Indonesian leadership in peatland restoration suggest that this is not the case.

Of parachutes and helicopters

This calls attention to a broader issue concerning the relationship between researchers and academics from different parts of the world. Environmental research in Southeast Asia is often initiated, led, funded and conducted by researchers and institutions from countries in the Global North. At worst, this type of situation may contribute to a phenomenon known as ‘parachute science’ or ‘helicopter research’. However, even in circumstances where such projects are conducted with the active participation of local partners, this research is often shaped by Northern concerns.

This has implications for environmental research and policy. For example, tropical peatlands and rainforests have been identified as globally important carbon sinks. This has led to intense international scrutiny of Southeast Asia’s peatland management, with little reflection on how historical human activity in European peatlands has reduced their capacity to store carbon, making the current focus on the relatively intact peatlands in the South inevitable.

Similarly, research concerning forest fires in the Global South often focuses on direct causes such as unsustainable business practices. By contrast, discussions of forest fire events in affluent countries often focus on the ‘bigger picture’. A recent report by the European Environmental Agency, for example, features the increasing role of climate change in causing forest fires on that continent. The implications of such agendas’ dominance concerning the allocation of blame and responsibility for resolving global environmental issues is clear and profound.

Northern-based researchers often make strenuous efforts to avoid suggestions of academic ‘neo-colonialism’. Proof of local involvement in international projects is often logistically essential and required for funding and visa applications. And many researchers and institutions in Southeast Asia have successfully carved out a niche as local partners.

Nevertheless, despite the best efforts of locals and the good intentions of their Northern partners, imbalances of power and value persist. Projects are still designed and justified based on Northern priorities. Furthermore, terms such as ‘capacity development’ and ‘knowledge transfer’ suggest that Southern know-how is lacking.

Such issues increase the danger that local researchers retain a subordinate role in a transaction whereby certification, ‘advanced methods’ and training are transferred south in exchange for a northward flow of data, samples, human resources and compliance with an externally determined agenda.

True, much of this research is funded by the Global North, implying that this tendency is natural. However, this may be part of the problem. If participants’ chequebooks shape the agenda for ‘scientific’ inquiries concerning the environment, the implications are profound, even more so if these inquiries consequently shape policy.

While the status quo is not without critics, this has proven difficult to address. Globally, academia clings to its league tables. Systems of quality control and governance reinforce long-established pecking orders. The primarily English-speaking research world still attaches primacy to the ‘purest’ science undertaken in the most prestigious universities and published in the highest impact journals.

University ranking systems use measures that tend to favour the North and undervalue skills and know-how vital to delivering valuable research in Southeast Asia. Indonesian researchers, for example, are adept at delivering teaching and research with limited resources and tend to engage in multidisciplinary collaboration with researchers and policymakers at a much earlier stage in their careers. To what extent are these factors featured in rankings devised in the Global North?

Events over the past two years may have created opportunities to address these issues. The Black Lives Matter movement led some Northern universities to re-examine connections with colonial history and move to ‘decolonise’ curricula. And by restricting research tourism, Covid-19 compelled multinational research teams to develop remote working arrangements where researchers in the South often take the lead in delivering projects.

However, efforts to decolonise research and academia tend to focus on past transgressions rather than current practices. And many Northern-based researchers are looking forward to the end of the pandemic and the resumption of business as usual. Consequently, opportunities to rebalance research teams and priorities in ways that might address some of the distorting effects that Northern dominance has on environmental research agendas are unlikely to be seized.

This is hardly surprising. There is an inherent contradiction in the idea of elite institutions advocating more inclusivity while operating a business model based on the maintenance of their status as international centres of excellence. Likewise with the notion of relatively affluent researchers from such institutions bestowing decolonisation on communities and academics in the South.

Fairer, more balanced global knowledge systems are vital to developing truly global responses to environmental challenges that are fair, relevant, and workable. Yet these are unlikely to emerge from the efforts of Northern academia to get its own house in order. Rather, achieving this will require a fundamental transformation in how knowledge is produced, validated and shared.

Such a transformation inevitably begins with mindsets. Southern-based academics of all stripes must become more willing to question the status quo, challenge (or at the very least question) the merits and justifications of the hegemony of elite academic institutions. They need to be prepared to be more vociferous in questioning the relationships between research and power in policy making (such as those linking research and representational justice in climate change). They also need to appraise the true benefits that Northern funding, expertise, training and outputs bring to research and policymaking in the Global South.

This article was first published by ISEAS – Yusof Ishak Institute as a Fulcrum commentary.