After recently awarding the 2014 winners for breakthroughs in energy, the UAE-based Zayed Future Energy Prize is now accepting submissions for 2015, encouraging more individuals and organisations to develop scaleable solutions that can empower the world.

Various technologies and projects to address global issues, like energy security, arise every day, and yet a number of these fail to get off the ground. Smarter, more applicable and scalable solutions are needed more than ever.

Enter the Zayed Future Energy Prize (ZFEP), a prestigious awards programme established in the United Arab Emirates in 2008. It aims to sift through the multitude of sustainability ideas around the world, as if searching for gold. The goal is to discover and support initiatives that are full of innovation and have a wider impact.

The winners were selected from a total of 522 nominations and 23 finalists. They get a combined prize value of US$4 million.

The prize money is divided into different categories: an individual for his or her lifetime achievement (US$500,000); small and medium enterprises (US$1.5 million); non-governmental organisations (US$1.5 million); and, the five high schools (US$100,000 each). Large corporations, or firms with annual revenues exceeding US$100 million, are also recognised, but the winner in this category does not receive any monetary award.

The Zayed Future Energy Prize launched its seventh year this February to accept submissions and nominations for 2015, just weeks after the 2014 winners were announced.

“Throughout history, prizes have proven to be a mechanism to encourage innovation,” stated Dr Sultan Ahmed Al Jaber, director general of the ZFEP and CEO of Masdar, an Abu-Dhabi based energy company that manages the awards programme.

Innovation and leadership, through efficiency

Throughout history, prizes have proven to be a mechanism to encourage innovation

Energy efficiency plays a central theme in the awards since the first winners were announced in 2009. Together with ABB, this year’s winner under the ‘large corporation’ category, a host of global companies like Toyota, Vestas, Schneider Electric, and Siemens, have earned recognition for their investments in the sustainability and research and development (R&D) of energy use. In particular, ABB was cited for helping utilities and industries around the world to operate better by saving energy and reducing environmental impact.

Toyota, on the other hand, was recognised for the groundbreaking fuel efficiency of its third-generation Prius hybrid car, which amounts to about 38 kilometres per litre of gasoline, compared to a regular petrol-based car, which runs an average of 10 kms per litre.

Renewable energy company Vestas, which has been producing wind turbines for 30 years, won in 2011 because of the efficiency of its product. Its wind turbines are considered to be the most reliable on the market for being cost-effective, fast and safe to install in any offshore sites in the world, while generating more power.

Similarly, ABB was also awarded for its breakthrough discovery in electricity transmission, which overcame a 100-year-old barrier to the development of inter-regional connected direct current transmission grids, said the ZFEP organisers.

Its efficient high-voltage direct current (HVDC) technology is now equipped with a circuit breaker technology that will enable power plants to integrate renewable energy in the grid and transmit bulk electricity across long distances with minimal losses, they explained.

Frank Duggan, ABB’s head of global markets, on winning the award, commented that all of the finalists had compelling entries, but ABB’s edge had to do with sustainability being part of its DNA. “In ABB, we are fortunate that many of our products and systems are already contributing to that ‘more sustainable world’ we are all striving for, through energy and resource efficiency which are their (ABB products) inherent characteristics,” he said.

Working towards a sustainable future 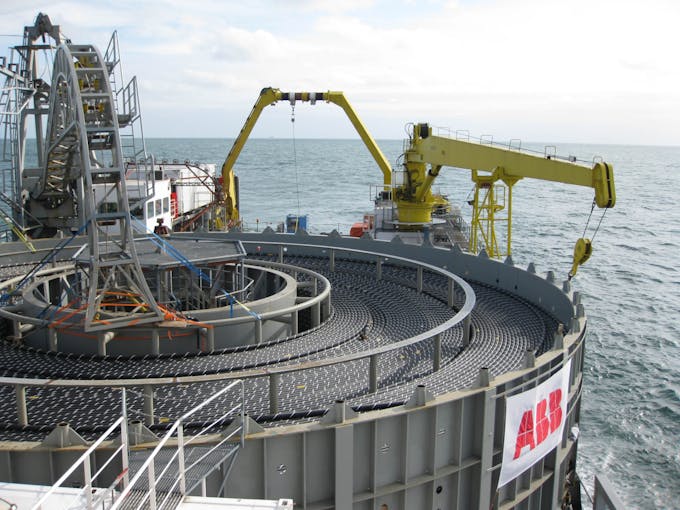 ABB expects to pilot its breakthrough circuit breaker soon that will enable the building of overlay HVDC grids – across countries and continents. Image: ABB

Sheikh Zayed, during his rule, created institutions such as the Federal Environment Agency and Abu Dhabi’s Environmental Research and Wildlife Development Agency and instilled in his leadership the government’s responsibility to conserve the natural environment. In 1995, the World Wildlife Fund presented the Golden Panda award to Sheikh Zayed – the first time the award was given to a head of state.

Masdar is proud of the impact the Prize has generated, Al Jaber noted, citing rural electrification in Africa, as well enhancing market availability of energy-efficient technologies.“Our winners and finalists are leaving a positive mark on the world,” he added.

The impact of their solutions has contributed to powering millions of Bangladeshi homes with solar energy systems, as well as enabling more women to work in clean technology. Millions of Africans are also able to access safe drinking water, and students from different countries were able to secure university scholarships, said the ZFEP’s organising committee in a statement.

A support system of innovators

Part of the draw of the Zayed Future Energy Prize is the esteemed panel of jury that selects the final winners after a careful and almost year-long evaluation process.

The present set of jury is composed of international dignitaries and chief executives, chaired by the President of the Republic of Iceland Ólafur Ragnar Grímsson and vice-chaired by South Korea’s former Prime Minister Dr Han Seung-soo.

Branson, who is a known advocate for sustainability, even recently invited innovators, entrepreneurs and green achievers of all types to apply for the Prize.

The ZFEP also has another advantage for participating individuals and organisations. It has an open innovation platform called Sustainnovate.ae, which is a portal for the global community to share ideas and thoughts, discuss and debate solutions, and collaborate and join forces with like-minded innovators, including past ZFEP winners.

Al Jaber noted that “there has never been a more opportune time” for the Zayed Prize. The energy and environmental solutions developed by the winners not only have a local impact, but also a global impact, he said.

Our strategy is to pursue profitable growth, execute relentlessly and strengthen collaboration, while ensuring we uphold the highest standards of sustainability and corporate responsibility

Market analysts agree that innovation is key and that efficiency and effectiveness are fundamental to the future of energy. But these technologies must be able to add value or reduce costs, according to Ernst & Young’s latest Renewable Energy Country Attractiveness Index released earlier in February.

Ben Warren, EY’s Global Cleantech Transactions leader, noted that investors in renewable energy must look into technology improvements that add value for businesses. “Renewable energy is now a truly global market, and stakeholders must develop a global strategy and a global supply chain, be flexible to market changes, and be willing to go in search of new markets,” he explained.

ABB admitted that there are challenges in the implementation of sustainable energy solutions, and it is not because of technology. The difficulties lie in “awareness, knowledge, political will and financing”, said the firm.

Duggan remarked that there are good opportunities for smart and sustainable technologies as economies develop. “Our strategy is to pursue profitable growth, execute relentlessly and strengthen collaboration, while ensuring we uphold the highest standards of sustainability and corporate responsibility,” he added.