Your Levi’s jeans just got greener

Levi Strauss believes in integrating sustainability into every aspect of its business – from the cultivation of cotton to educating customers to use less water when they have to wash their jeans. This strategy has helped the world’s first commercial jeans maker fend off newer, flashier competitors.

Levi Strauss, the first company to commercially manufacture the ubiquitous pair of jeans, may be the ultimate in “slow fashion” as it believes in making products that last for years and bucking the use-and-throw “fast fashion” phenomenon that rules the clothing industry. And its strategy appears to be paying off.

Established by German migrant, Levi Strauss, in 1853, the San Francisco-based company has faced off other jeans-making challengers as well as general fashion-wear labels that also manufacture denims.

The reason Levi’s has held up relatively well despite the fierce competition is because the company puts sustainability at the heart of what it does, says Roy Bagattini, Executive Vice President and President, Asia, Middle East and Africa, in a recent interview.

“Sustainability is something that’s in the core DNA of Levi’s for a long, long time,” he says. “It’s consistent with our values as a company. We talk about profits with principles – which is doing great business but doing it the right way.”

The company has seen steady revenue growth over the past decade, and has managed to remain a mainstay in the fickle fashion industry.

It has done so by taking the extra effort to pioneer initiatives on “all fronts of sustainability” including innovations in manufacturing processes, “terms of engagement” for all suppliers – or a code of conduct – and getting employees to give back to communities through volunteer work.

From cradle to grave

One of these initiatives is the Lifecycle Assessment (LCA), first conducted in 2007 and subsequently updated in 2013. The LCA is a process to assess the environmental impact of a product, service or process from cradle to grave.

Different products, services or processes have different methods of calculating their impact but at the heart of all LCAs is the compilation of energy and resource usage and the evaluation of the potential impact of the usage. 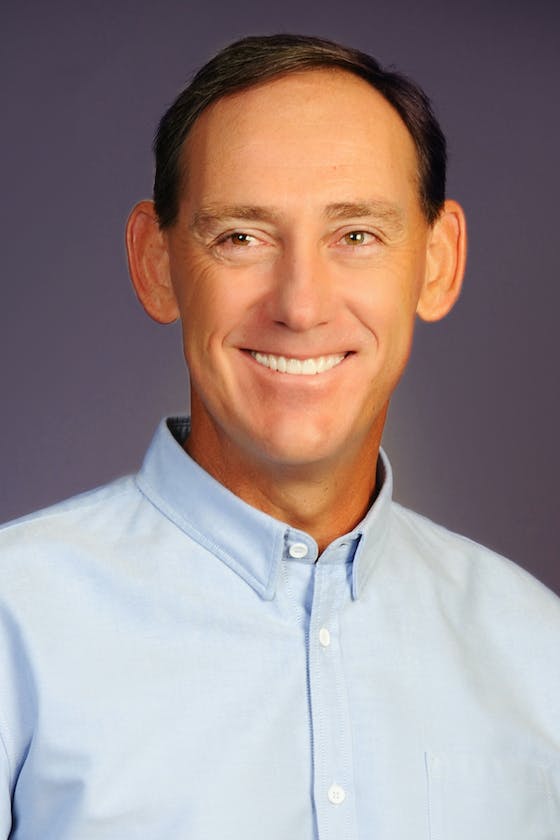 In the case of a pair of jeans, the LCA studies the impact of the entire manufacturing process from raw material extraction, that is, the growing of cotton, to when a consumer discards the denims, Bagattini explains.

It also studies consumer care data from Levi Strauss’s new markets, including China, France and the United Kingdom, to understand the differences in laundry habits.

What the company found helped it overhaul a part of its manufacturing process to make it more efficient and embark on a worldwide consumer-awareness campaign.

Through the LCA, Levi Strauss learnt that nearly 3,800 litres of water are used through the lifetime of a pair of jeans. That’s the equivalent of 109 five-minute showers.

About 68 percent of that goes towards cotton production and 23 percent is used by consumers in the laundry, the LCA found. Consumer care is also responsible for the most significant energy use and climate impact, representing 37 percent of the 33.4 kilograms of carbon dioxide emitted during the jeans’s lifetime.

Because water is such a huge part of the jeans production process, Levi Strauss wanted to find out how it can reduce its water footprint.

“Water in particular is a very important issue for us and it’s something that we take very seriously when we talk about the environmental impact of our product and our business,” he says. “We see an inordinate amount of water consumption for a pair of jeans during its life cycle and we want to reduce that.”

To conserve water, Levi Strauss started in 2011 to progressively introduce the Water<Less production process at its 600 factories worldwide.

This technique allows the company to reduce the amount of water used in garment finishing by up to 96 percent for certain products through simple adjustments to its wet finishing processes, such as removing water from stone washes or combining certain disparate stages of production, Bagattini says.

Since launching the initiative, the company has saved more than 1 billion litres of water in the lifecycle of its products. That’s the amount of water used in 165 million toilet flushes or 10.56 million 10-minute showers.

“It’s enough to supply the city of New York for six weeks so it’s a heck of a lot of water. But it’s really only the beginning for us,” Bagattini says. “Our Water<Less technique currently applies to about 30 percent of the products we produce. By 2020, we want that to be upwards of 80 percent.”

Another way that Levi Strauss tries to save water is by signing up to the Better Cotton Initiative, a non -profit organisation stewarding the global standards for more sustainable agricultural practices in cotton cultivation. Other members include Nike, H&M, Adidas, Walmart and Ikea.

“We are starting to see quite a bit of progress being made. I think it’s around 10 or 11 percent of products being produced through the Better Cotton project. And that’s projected to grow quite substantially over time but that’s sort of really taken off in more recent years,” Bagattini says.

Recognising that its global customers have a huge role to play in conserving water, Levi Strauss also embarks on consumer-awareness campaigns regularly to get them to reduce water use.

One effective way is to simply help them realise that they don’t need to wash their jeans so frequently.

Through the LCA in 2013, the company found out that by wearing jeans 10 times before washing, American consumers can reduce their water and climate change impact by 77 percent, British and French consumers by 75 percent and Chinese consumers by 61 percent.

The firm, which first expanded into Asia in 1965 with its Levi Strauss Far East unit and set up its Asian headquarters in Singapore in 1995, is still a family-owned business.

Bagattini says that the family believes in treating its people well – employees, contractors, and the communities it operates in.

The company had been embroiled in a couple of high-profile cases involving its subcontractors in the early 1990s, notably in the United States, but has since 1991 required all its suppliers to comply with its “Terms of Engagement”.

At the end of the day, making quality products is really central to us as a business and obviously consumers recognise us for that.

The “Terms of Engagement” are a code of conduct for Levi Strauss’s manufacturing suppliers and specifies the requirements by which all of their contract factories must abide.

“Our suppliers are seen to be benefitting from managing their businesses in a way which is much more in line with the values that we have as a business,” says Bagattini. “And that enhances their profitability, their productivity. It’s not just the right thing to do, it’s good for business.”

The company’s improved manufacturing process, participation in the Better Cotton project and stringent standards for its suppliers also mean that the quality of their jeans is way better than most of its competitors. While this can mean that it has to sell fewer pairs of the denims, their customers tend to be loyal.

“If you make them (the jeans) too well and they last too long, people obviously don’t go out and buy them as often. So there’s a little bit of irony there,” Bagattini says. “But at the end of the day, making quality products is really central to us as a business and obviously consumers recognise us for that.”