Worried your pet's funeral is killing the planet? Water cremation is coming to Singapore

Greener than traditional cremation and burials, the process of dissolving corpses using water and alkaline salts aims to appeal to the eco-conscious pet owner.

Environmentally-conscious pet owners in Singapore will soon have a greener way to send-off their furry family members after they have departed this life.

Liquid cremation, also known as aquamation, bio-cremation or alkaline hydrolosis, uses a heated solution of water and alkaline salts to break the body down, mimicking the natural decomposition process that occurs after an animal is buried.

Since the body is not burned using traditional cremation methods, aquamation has a fraction of the carbon footprint. 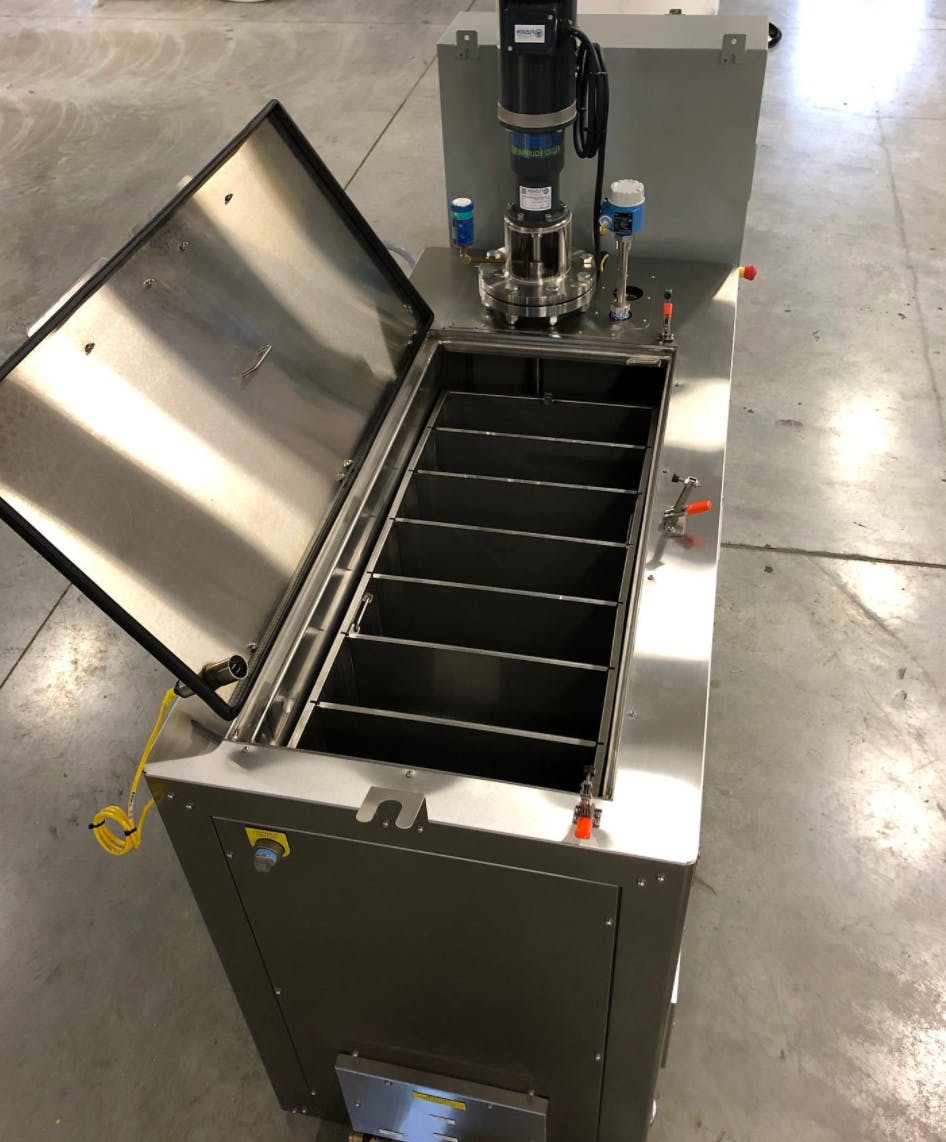 A steel aquamation vessel. Dead pets are place in the compartments, then water and an alkaline solution added to dissolve the bodies. The remains are made up of bones and a watery solution. Image: Bio-Response Solutions

“The Covid-19 pandemic has led to a surge in pet ownership in Singapore, but it has also made more people aware of the fragility of the environment,” he told Eco-Business. “People want a gentle, respectful way to say goodbye to their pets, and increasingly they also want them to return to nature in a way that is kind to the planet,” he said.

There are currently around 900,000 pets in Singapore — a number that has grown significantly over the past few years — and the mortality rate is about 12 per cent. Kam estimates that he could process about 950 pets in his first year of operations. But aquamation equipment is expensive, costing around SGD$350,000 for a stainless steel vessel, and Kam is looking for investors to help his business get up and running.

Aquamation has the smallest environmental impact of any funeral option, according to a death-to-decay lifecycle analysis in 2011. Compared to traditional flame-based cremation, aquamation uses 12 per cent of the energy emissions that comes from burning dental fillings.

Burial has the highest environmental footprint, mainly because of the land used, and in some cases, carbon-laden concrete for tombs. In Singapore, it is illegal to bury a pet unless the owner lives on a landed property. Since 85 per cent of the population lives in high-rise flats with no gardens, most pets are flame-cremated. 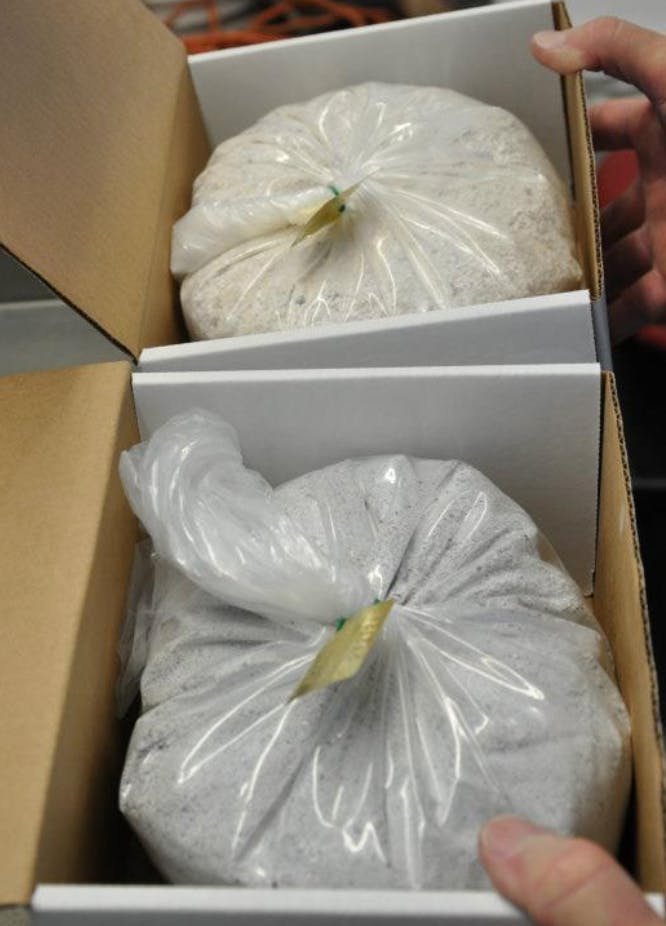 Aquamation produces about 20 per cent more ash after the remains are ground up, compared to flame-based cremation. The ashes are also paler in colour. Since the body is not burned, fitted devices such as pacemakers and prosthetics can be salvaged and reused.

Kam wants the memories of furry loved ones to live on by enabling pet owners to reuse their pets’ remains. The sterile effluent from the aquamation process—made up of amino acids, sugars, nutrients, and salts—can be used in paintings of the pet or as nutritious fertiliser to grow plants in remembrance of the pet, he says.

He also plans to give his service a green edge by using urns made out of aluminium, among the most recyclable of metals, and use biodegradable packaging to contain the ashes. Electric vehicles will be used to transport the bodies.

Though departing from tradition can come with cultural obstacles, aquamation is an increasingly popular body disposal option for both pets and people in the United States. The technology has also found a footing in Asia, with services for deceased pets now available in Hong Kong and the Philippines.

Kam says that after his pet cremation service has established a following in Singapore he will turn his attention to liquid cremation for people. But that may prove difficult. 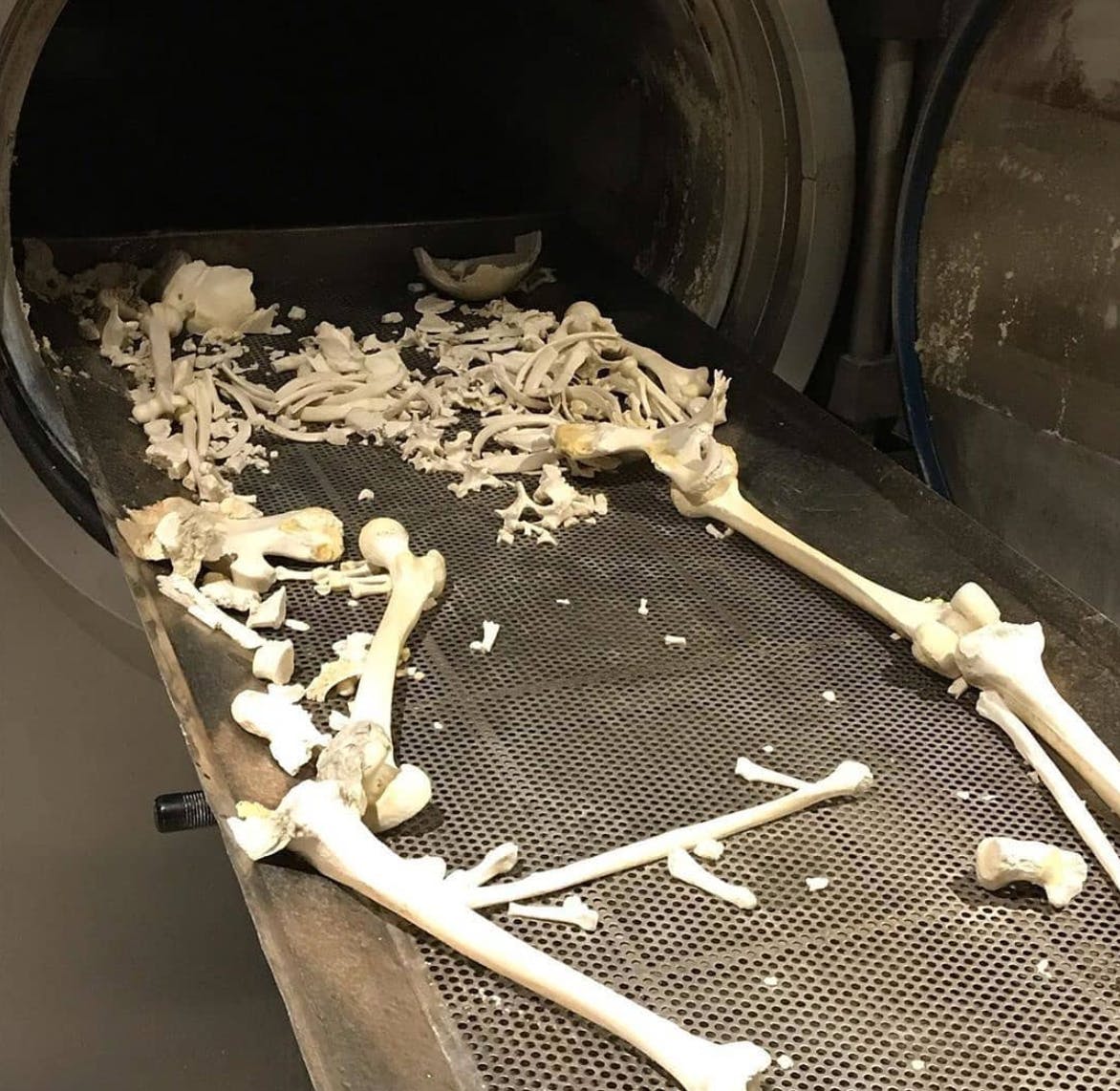 Human bones that remain after a body has been aquamated. Image: Water Cremation Ireland

In the US, liquid cremation has faced opposition in some states where the process has been deemed disrepectful to the dead. In 2011, the state of Ohio stopped issuing permits for aquamation, leaving one funeral director with US$150,000 of equipment he could no longer legally use, so he has had to cross states lines to stay in business. The Ohio Board of Embalmers and Funeral Directors accused him of “immoral or unprofessional conduct.”

Unorthodox funeral methods have also met with obstacles in Hong Kong. While aquamaton for pets is becoming more common, eco-friendly options for people are frowned upon in the territory, where coffins made from cardboard and less resource-intensive materials are regarded as a snub to passed loved ones.

Kam is aware that he may face similar issues in the conservative city-state, which is why he’s starting off with pets. “It may take a while for people to get used to the idea of water cremation. But as more people become environmentally conscious, they will start to consider the impact of the dead as well as the living. If the dead could choose, they would probably rather become a solution than pollution.”